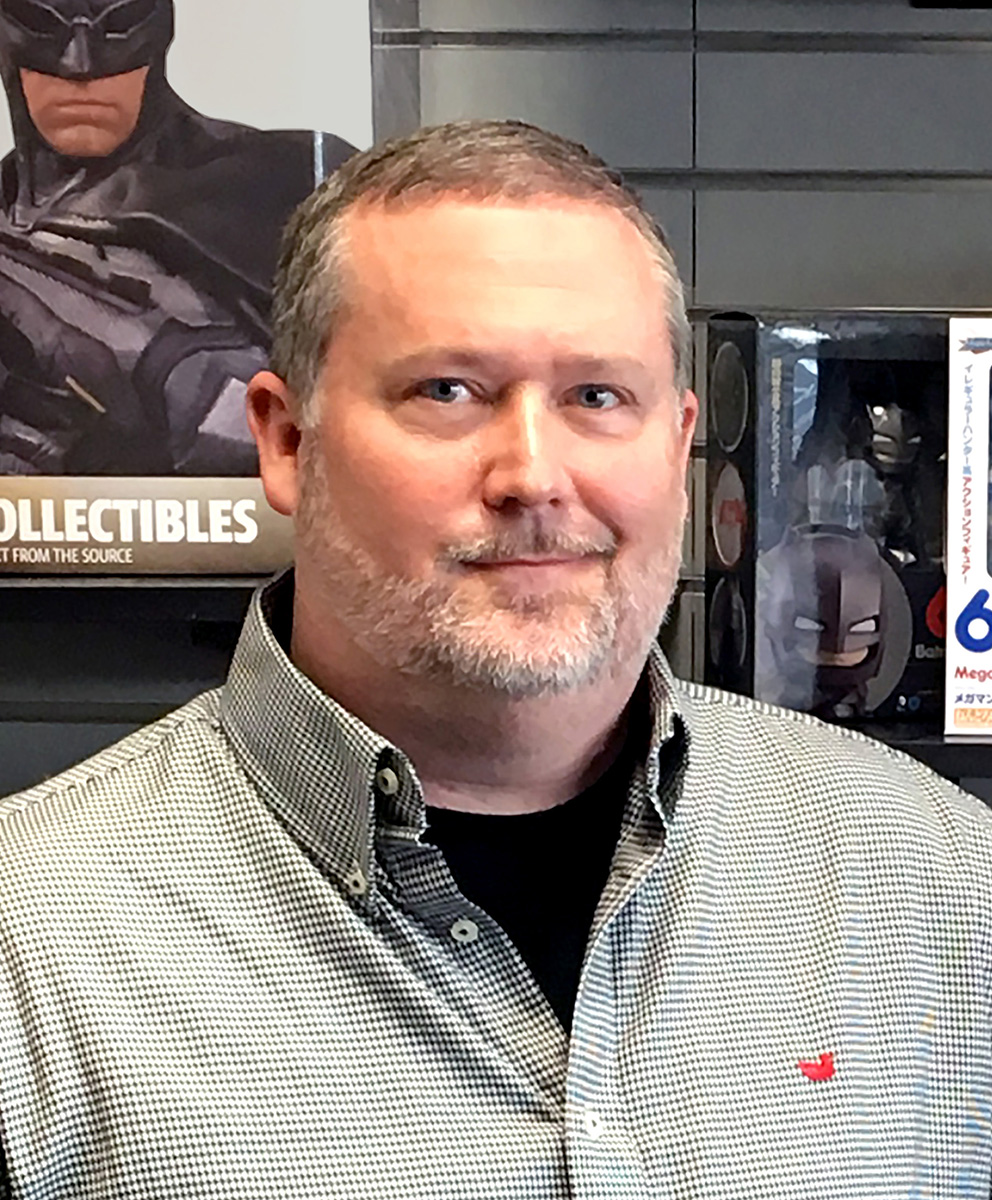 (BALTIMORE, MD) — (April 23, 2019) — Diamond Comic Distributors, the world’s largest distributor of English-language comic books, graphic novels, and related pop culture merchandise, has announced an expansion to its executive team with the promotion of Shawn Hamrick to Vice President of Operations.

“Hamrick has been a key member of the team that oversaw the design, installation, and implementation of our upgraded warehouse infrastructure and systems in Olive Branch, MS, a project which has resulted in efficiency improvements and record-low damage rates,” said Diamond COO, Chuck Parker. “Hamrick’s problem-solving abilities, as well as his deep knowledge of the comic book industry and our Warehouse Management System software will make him a great asset in his new role as Vice President of Operations.”

Hamrick joined Diamond in 1994 as a Management Trainee, rising to Assistant Manager, then Receiving Manager. In 1997, Hamrick became Warehouse Manager at Diamond’s Sparta, IL Distribution Center before his promotion to Regional Manager in 2002. As that facility continued to expand and relocate — first to Memphis, TN, and later to Olive Branch, MS — so did Hamrick’s responsibilities, resulting in his promotion to Executive Director in 2013.

Through much of his career at Diamond, Hamrick has received mentoring from former Vice President of Operations and longtime Diamond employee John Wurzer. In November 2017, after twenty-seven years of service, Wurzer retired from full time employment at Diamond and assumed a consultancy role within the Company.  On April 30, 2019, Wurzer will be stepping down from his consultancy position to fully embrace his well-deserved retirement.

“We thank John for his commitment and service to Diamond over the years,” said Parker. “He has generously and successfully imparted his knowledge to Shawn, who will now apply it in new and exciting ways as Diamond’s new VP of Operations.”