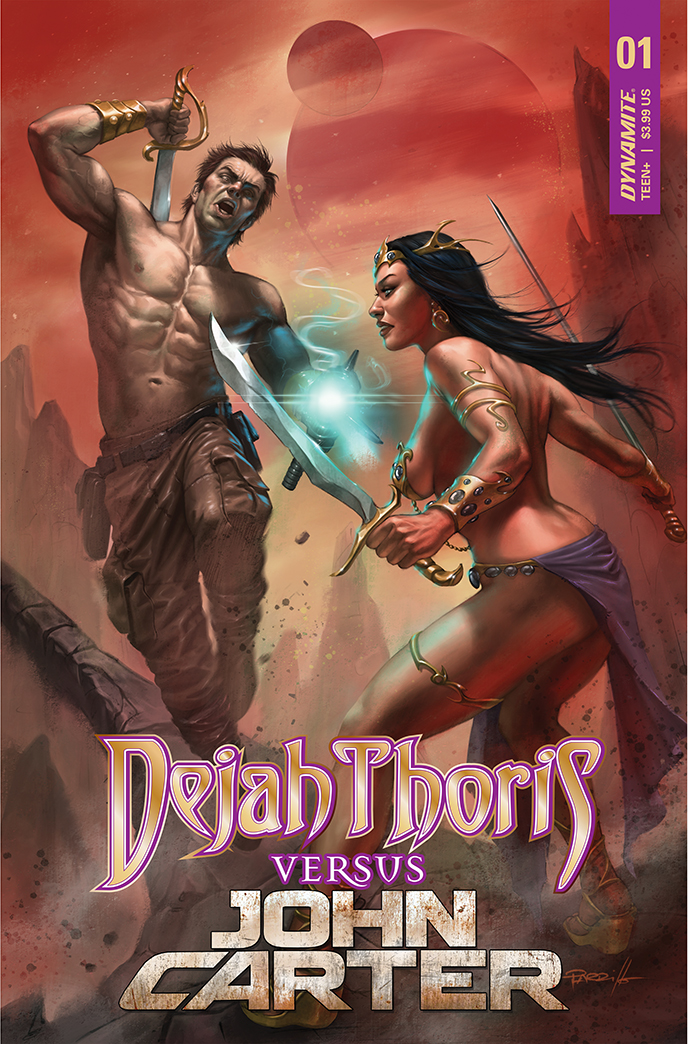 April 22, Mt. Laurel, NJ: One of the oldest and most iconic couples in genre fiction reunite once more this summer in Dejah Thoris vs. John Carter of Mars by sci-fi superstar Dan Abnett!

Kicking off this July from Dynamite, Abnett (Guardians of the Galaxy, Aquaman) opens a new chapter in the storied history of Barsoom and its charismatic couple. Serving as a perfect jumping-on point for new and returning fans, while also continuing threads from Abnett’s previous tales, the love of Dejah Thoris and John Carter will be tested by a grave new threat and cataclysmic planet-wide war.

“Now that John Carter has returned, is he still the legendary hero they all respect?,” said writer Dan Abnett. “And are he and his beloved Dejah still working to the same ends? It’s a tale of swords, sorcery, space gods and true love, an interplanetary romance in the true sense of both those words.”

Barsoom has been in crisis, wracked by freak weather seemingly signifying a coming ice age. Matching turbulence has cropped up as conflict between the planet’s many tribes and nations. The Earth-born hero of John Carter was missing. With Dejah Thoris and the help of her allies, stability has been established (for now) and John has been found, only for the true foes to take center stage in this new story.

The Longborn, ancient “space gods” of immense and mysterious power wildly outmatch the citizens of Barsoom. They may even be the original architects of all life in the Solar System, shaping the red planet in their image. Back to reclaim their creations to wipe the slate clean and start over, it is up to Dejah, John, and their allies to take on their biggest threat yet.

Artist Alessandro Miracolo joins the adventuring party with his kinetic style fresh off of the fantastic finale of Mark Russell’s acclaimed run on Red Sonja. He and Abnett are joined once more by colorist Dearbhla Kelly and letterer Simon Bowland.

“This is a big responsibility,” said artist Alessandro Miracolo. “These characters have previously been portrayed by great artists like Frank Frazzeta, Boris Vallejo, and my friend Pasquale Qualano. But more then anyone else, I was able to recover some of my father’s drawings from when he enjoyed to paint the old stories of [Edgar Rice] Burroughs. See You soon on Barsoom, folks!”

In the classic tradition, the stories of Barsoom are matched with breathtaking covers from today’s top science fiction and fantasy artists. For the first issue, Dynamite has recruited the likes of Lucio Parrillo, Joseph Michael Linsner, Miracolo, and a photo featuring cosplayer Rachel Hollon aka FacesByRachie. 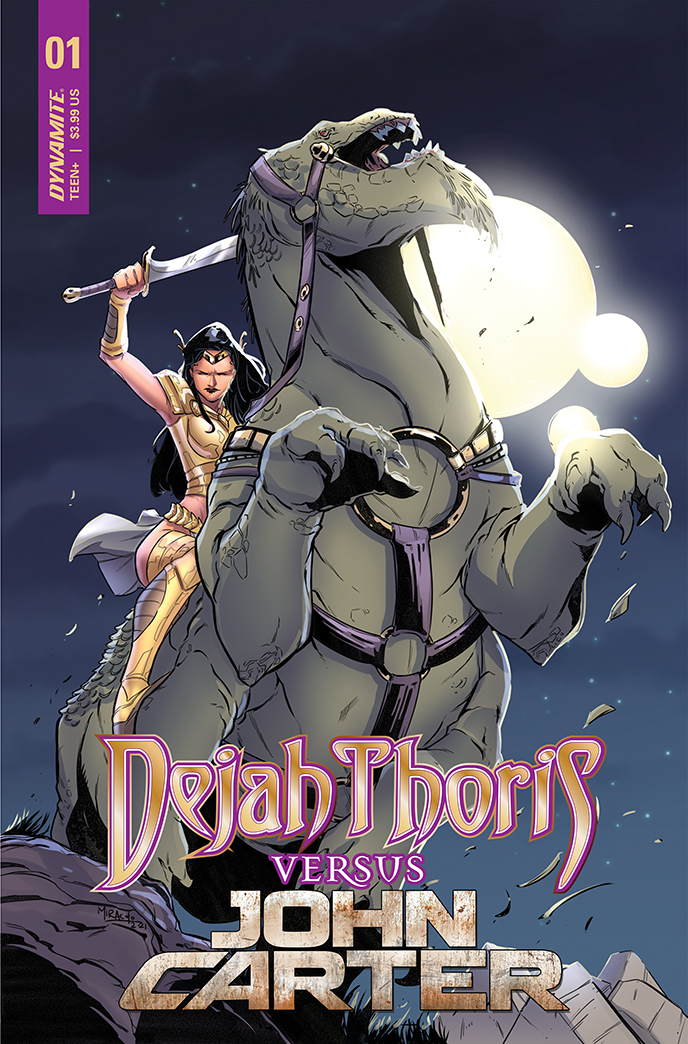 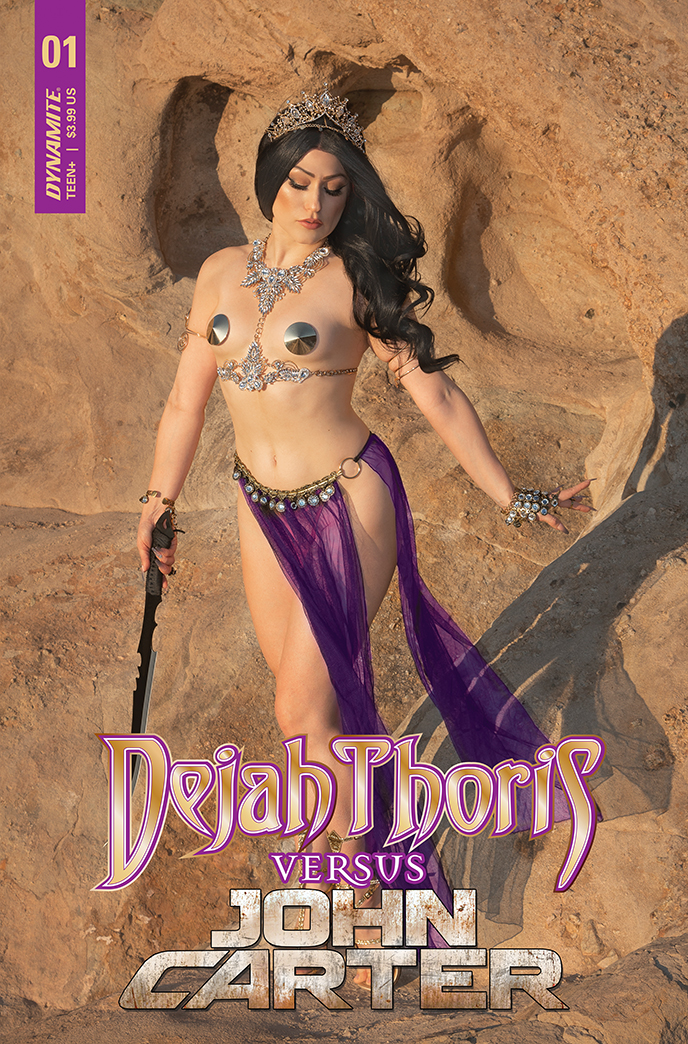 DEJAH THORIS VS JOHN CARTER OF MARS #1 is solicited in Diamond Comic Distributors’ May 2021 Previews catalog, the premier source of merchandise for the comic book specialty market, and slated for release in July 2021. Comic book fans are encouraged to preorder copies of the issue with their local comic book retailers. It will also be available for individual customer purchase through digital platforms courtesy of Comixology, Kindle, iBooks, Google Play, Dynamite Digital, ComicsPlus, and more!