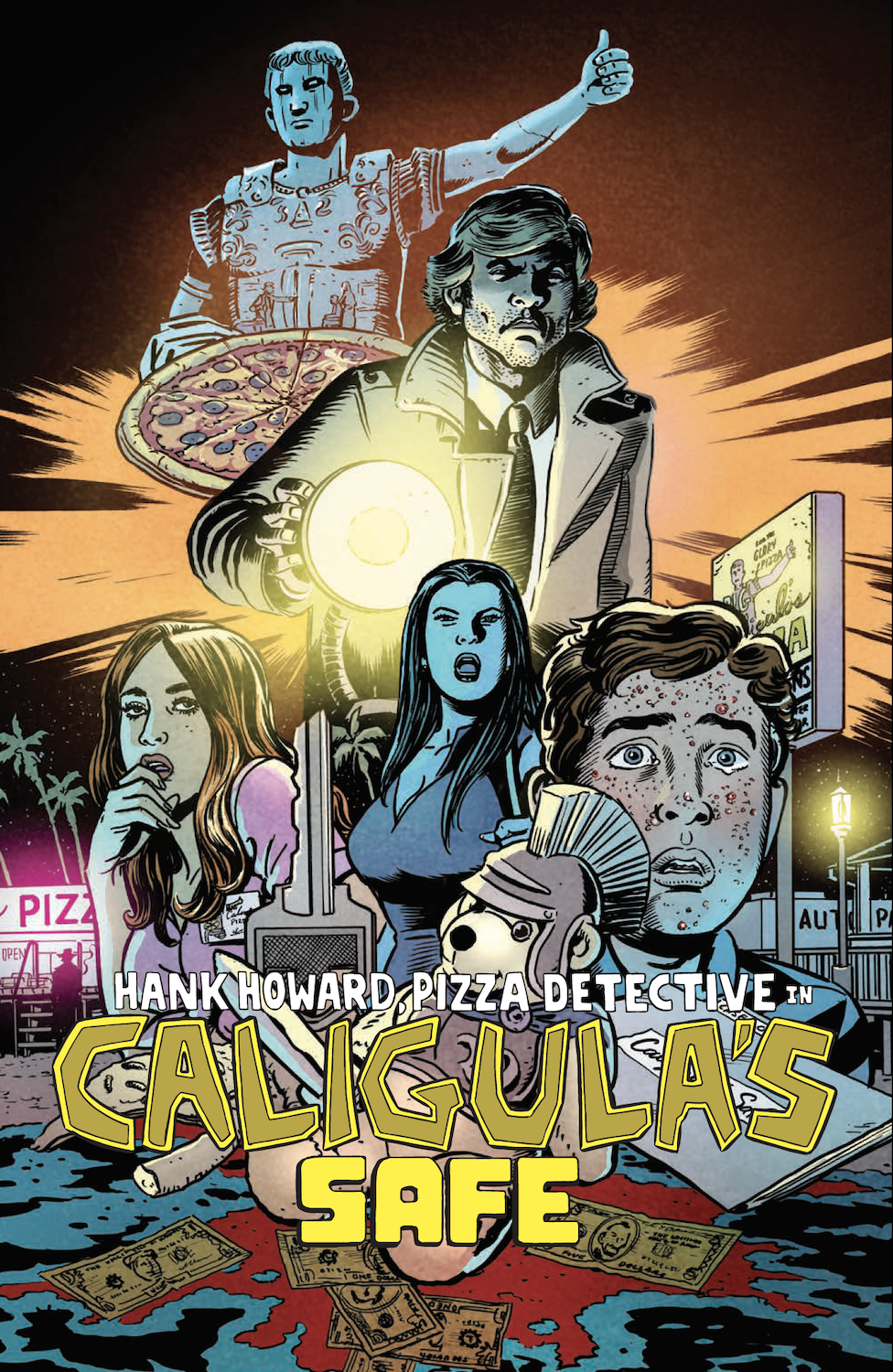 Also, we really do hate April Fool’s Day. And as of today we will be joining our righteous brothers and sisters at Google and T-Mobile in their war against this most despicable of days. The carnage must stop.

Below you’ll find more details and a first look at this vital story. Check it out quick before the corporate interests that run Big Fool begin their suppression campaign.

Just what is HANK HOWARD, PIZZA DETECTIVE in CALIGULA’S SAFE?
It’s a brand-new, 16-page one-shot by Robert Venditti (TANKERS — out this Wednesday) and David Lapham (THE HERO TRADE).

But what’s it about?
It’s a thrilling and uncompromising new neo-noir adventure delving deep into the darkest corners of our national obsession with crime and pizza chains. It also serves as the introduction to an epic new hero in the BAD IDEA pantheon — Hank Howard, not the champion we need but certainly the one we deserve.

Where can I buy it?
At any one of the over 200 BAD IDEA Destination Stores around the world. Click here for a complete list of stores.

How much is it?
We’ve given the book the entry level price of just one dollar! At a price like that everyone can try their first taste of the BAD IDEA difference.

Why are you doing this?
We’ve been completely blown away and absolutely humbled by the massive interest in BAD IDEA. We continue to keep the ENIAC #1 Not First Printing available for order, but want to do even more to help those interested in BAD IDEA get their hands on one of our books. We’re skipping the order cycle completely for CALIGULA’S SAFE and instead are sending every BAD IDEA Destination Store an allotment that matches up to their full original, pre-allocation order of ENIAC #1 (or TANKERS #1 for Wave 2 stores).

How can I make sure I get this comic?
The absolute best thing you can do to make sure you get any BAD IDEA comic is to pre-order ahead of time with one of the BAD IDEA Destination Stores.

I’ve heard there’s a catch?
In addition to being governed by the regular BAD IDEA rules, CALIGULA’S SAFE will only be on sale for 24 hours. Every BAD IDEA Destination Store will only be able to sell it for one day — Wednesday, May 12th. They can take pre-orders between now and May 12th but can not complete any HANK HOWARD, PIZZA DETECTIVE in CALIGULA’S SAFE transactions after midnight on May 12th.

So I can pre-order it and pay ahead of time?
Yes. Every store is able to sell CALIGULA’S SAFE by all the same means they sell every other BAD IDEA comic — from in-store, off-the-shelf sales to mail-order to phone orders or pre-orders. At the stroke of midnight on May 12th, however, any unsold copies are forbidden from sale and must be returned to BAD IDEA HQ using the materials we provide.

But I can’t get off work that day, how do I get my copy even if I pre-order and use a credit card to pay ahead of time?
If you’ve pre-ordered and paid before midnight on May 12thyour store is able to mail you your book or keep it safe in your pullbox for you to pick up later. They are only restricted from transactions after May 12th.

What if I just want to read it, will you make it available digitally?
BAD IDEA does not release its comics digitally — just comics, sold in comic book shops. We will, however, be reprinting the HANK HOWARD, PIZZA DETECTIVE in CALIGULA’S SAFE story in all it’s glory in one of our upcoming December 2021 releases. 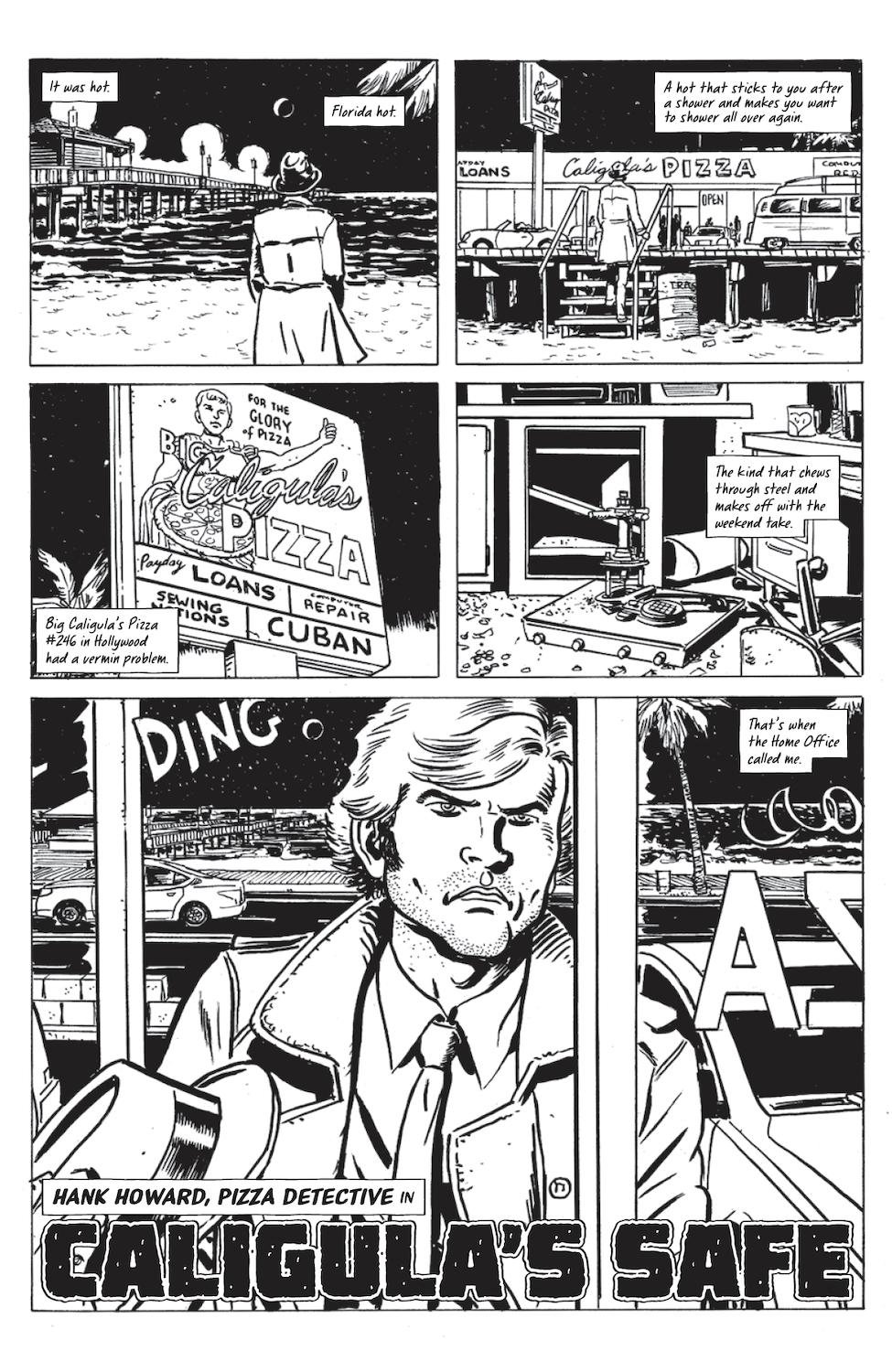 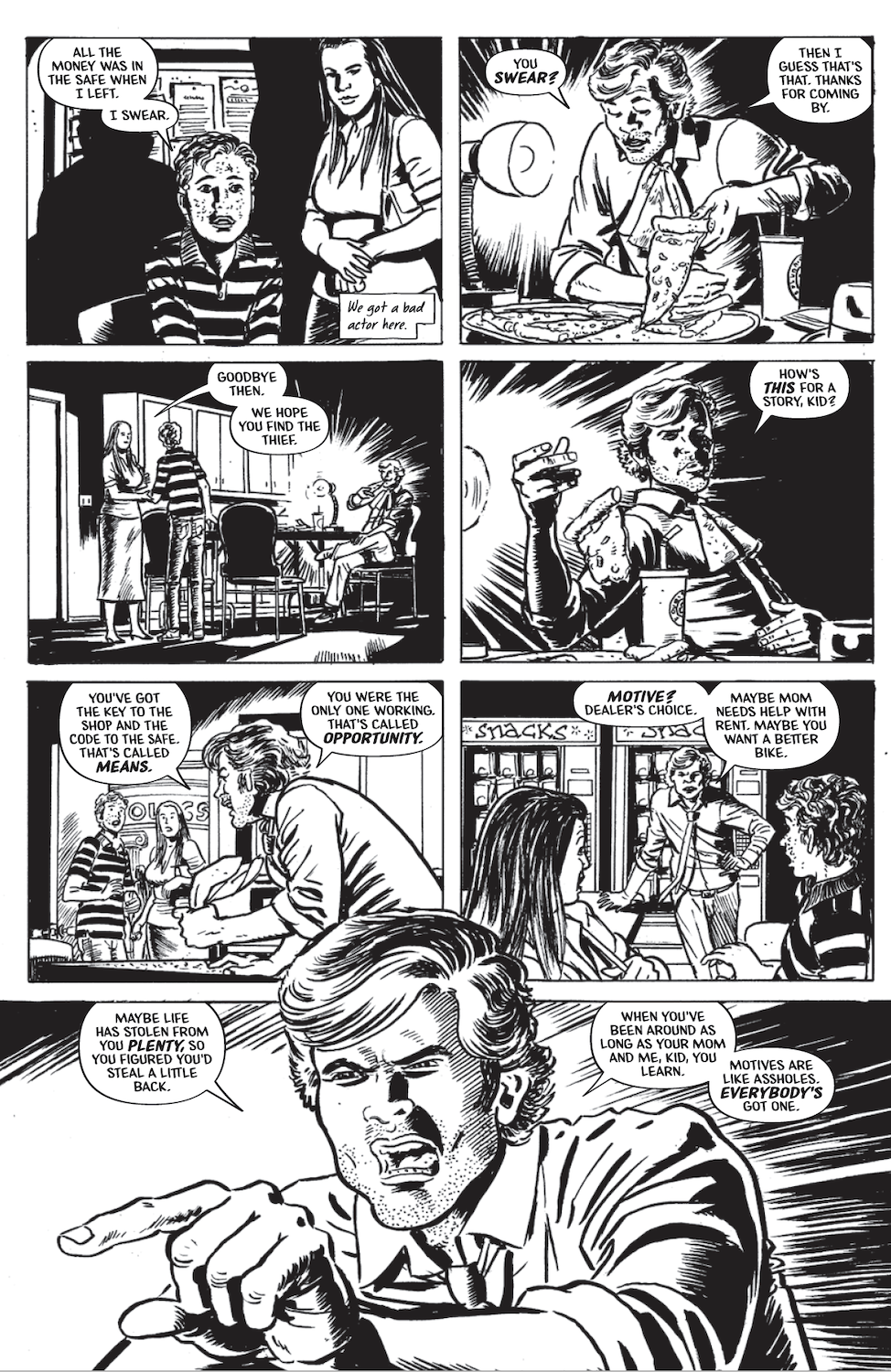 Just one week after WHALESVILLE x ROCKS AND MINERALS, we will unleash this dollar slice of BAD IDEA: