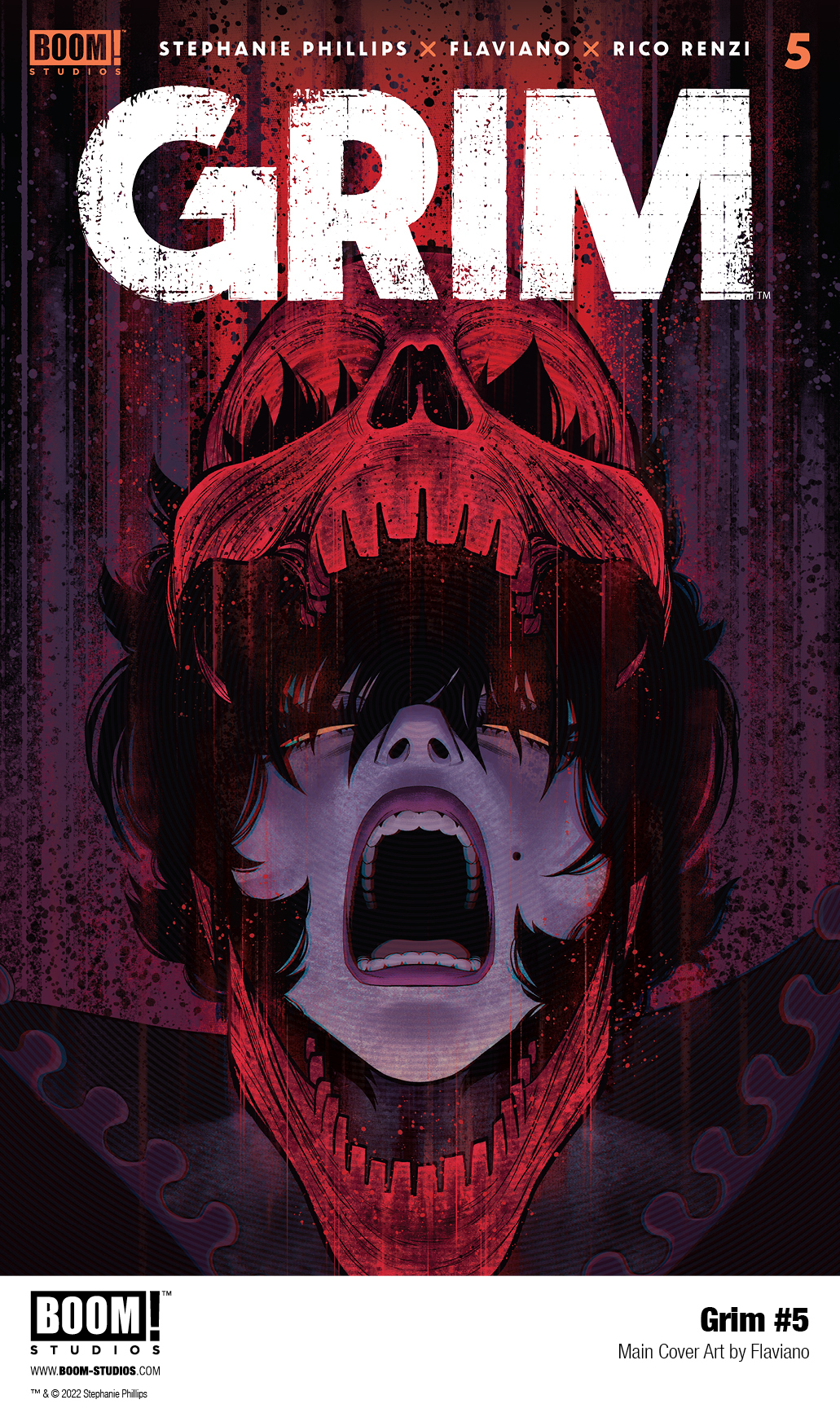 The truth behind Jessica Harrow’s mysterious death, and her connection to the Grim Reaper is finally revealed! But how does this connect to her unique abilities, and the ancient force known only as… THE END? The epic first arc of the breakout hit of 2022 concludes here, revealing deathly secrets and what lies ahead for the future of the series!

GRIM is the newest release from BOOM! Studios’ eponymous imprint, home to critically acclaimed original series, including BRZRKR by Keanu Reeves, Matt Kindt, and Ron Garney; Something is Killing the Children by James Tynion IV and Werther Dell’Edera; Once & Future by Kieron Gillen and Dan Mora; We Only Find Them When They’re Dead by Al Ewing and Simone Di Meo; Seven Secrets by Tom Taylor and Daniele Di Nicuolo; The Many Deaths of Laila Starr by Ram V and Filipe Andrade; Basilisk by Cullen Bunn and Jonas Scharf;  and the upcoming series Briar by Christopher Cantwell and Germán García, Stuff of Nightmares by R.L. Stine and A.L. Kaplan, Damn Them All by Simon Spurrier and Charlie Adlard; The Approach by Jeremy Haun, Jason A. Hurley, and Jesus Hervas, Know Your Station by Sarah Gailey and Liana Kangas, Behold, Behemoth by Tate Brombal and Nick Robles, and Once Upon a Time at the End of the World by Jason Aaron, Alexandre Tefenkgi, Leila del Duca, and Nick Dragotta. The imprint also publishes popular licensed properties, including Dune: House Atreides from Brian Herbert, Kevin J. Anderson, and Dev Pramanik; Mighty Morphin and Power Rangers from Ryan Parrott, Mat Groom, Moises Hidalgo, and Marco Renna; and Magic from Jed McKay and Ig Guara.

Print copies of GRIM #5 will be available for sale on September 28, 2022 exclusively at local comic book shops (use comicshoplocator.com to find the nearest one) or at the BOOM! Studios webstore. Digital copies can be purchased from content providers, including comiXology, iBooks, Google Play, and Kindle. 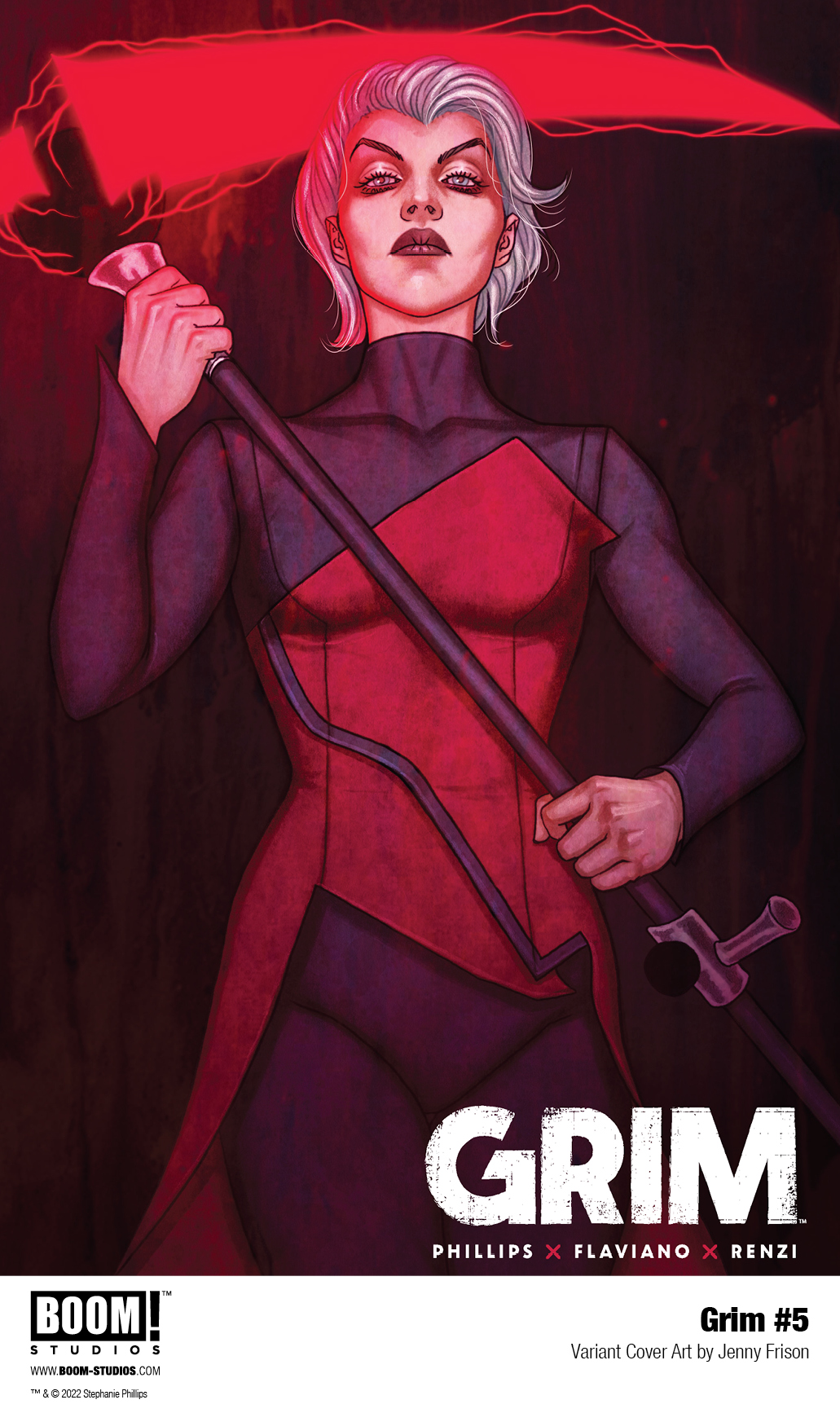 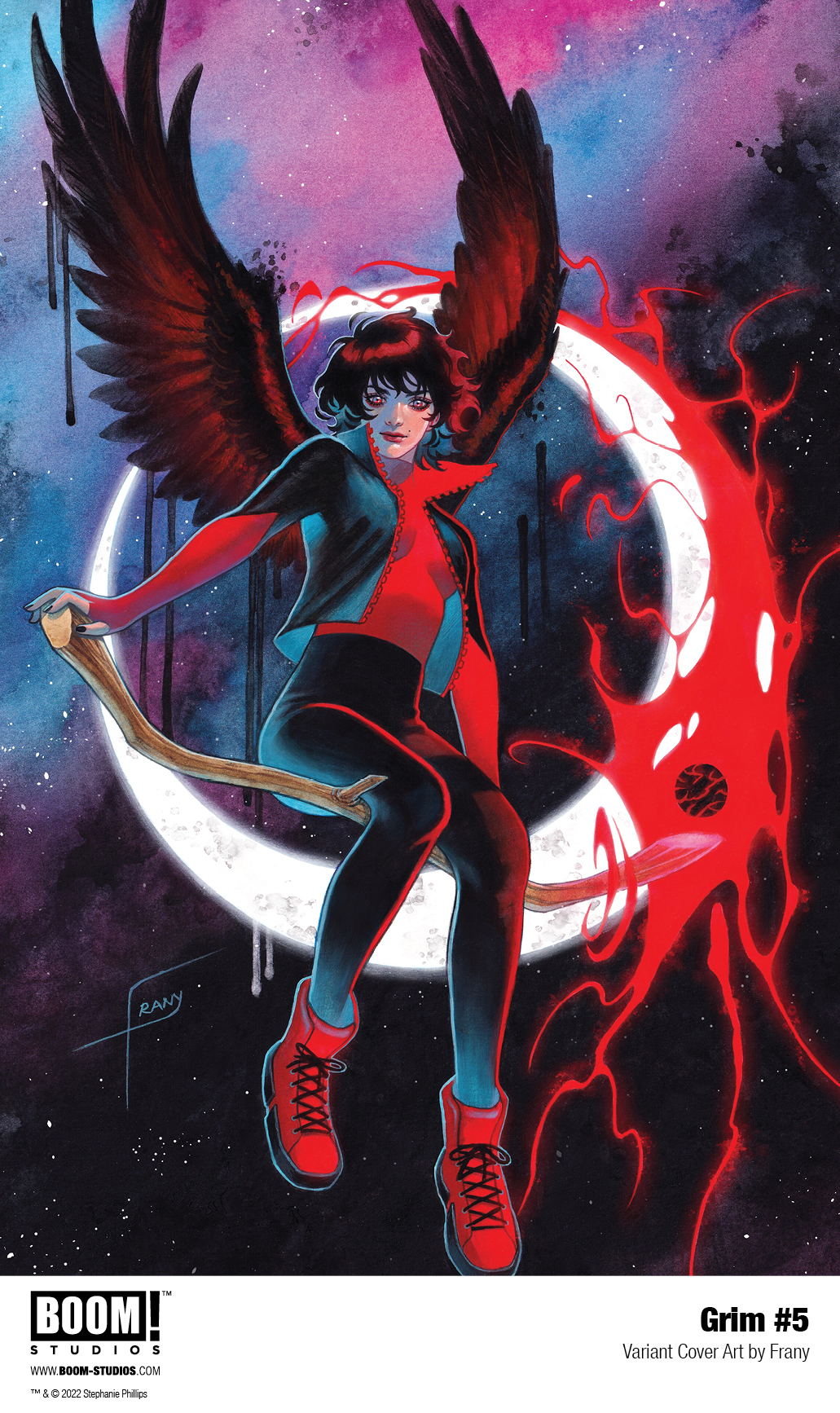 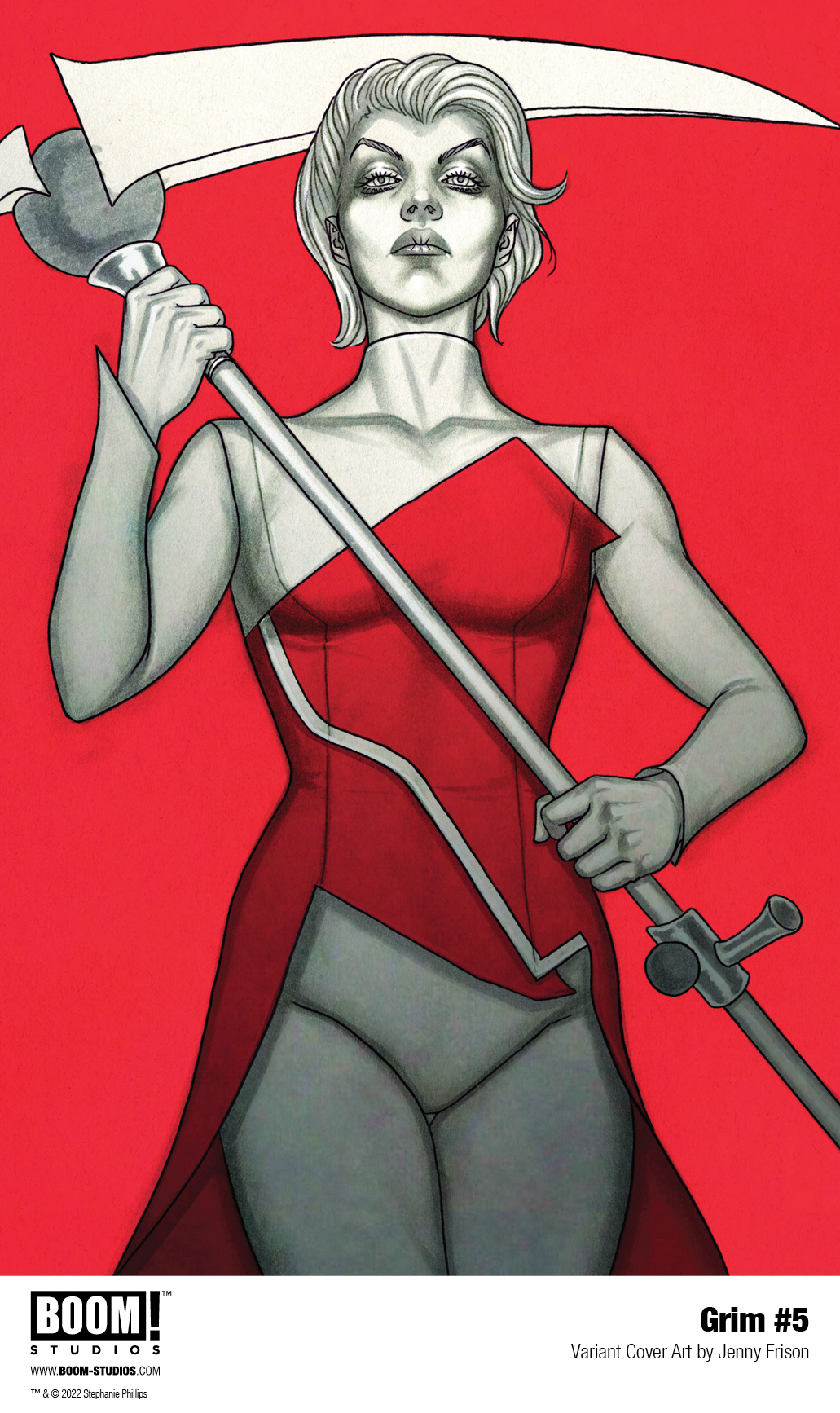 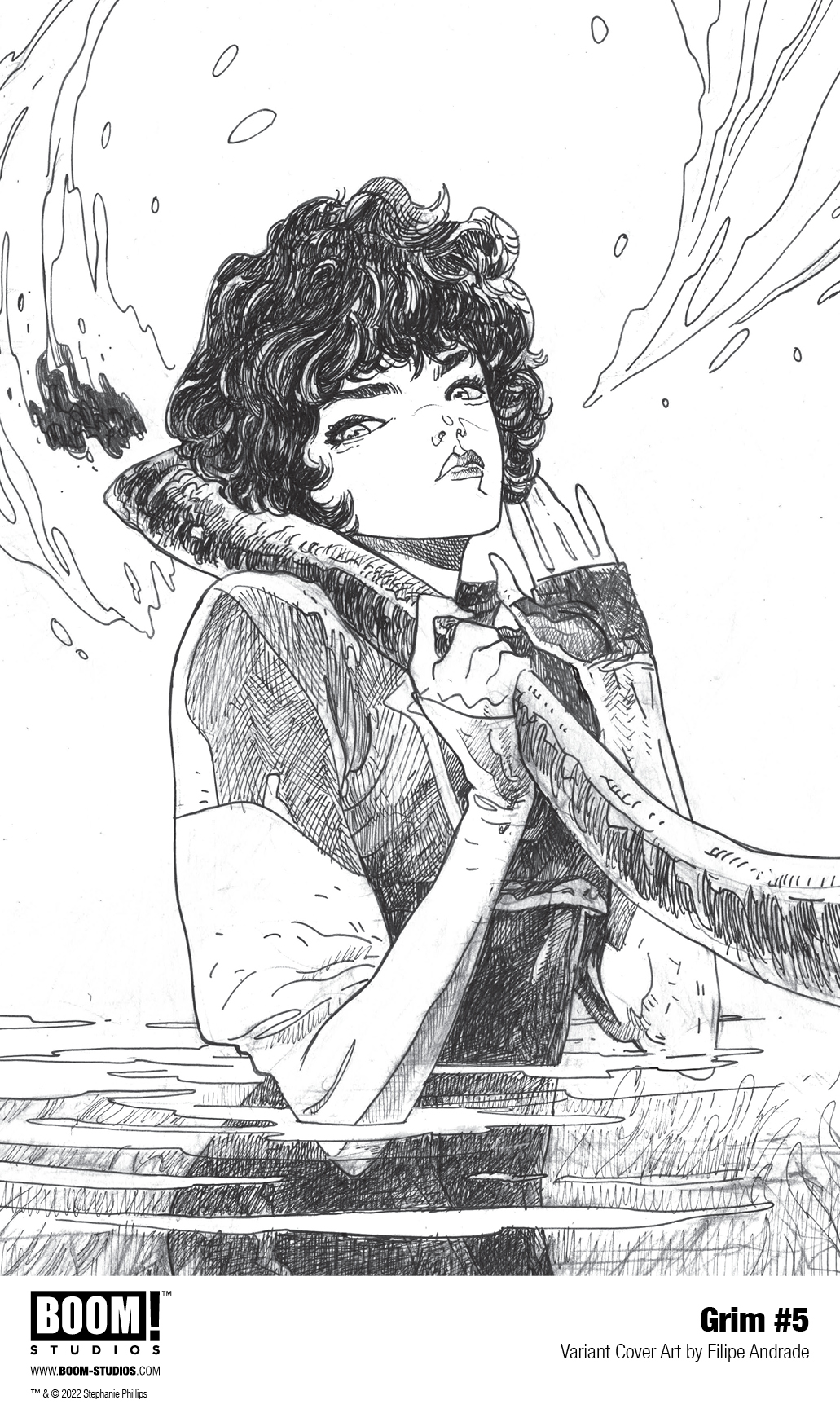 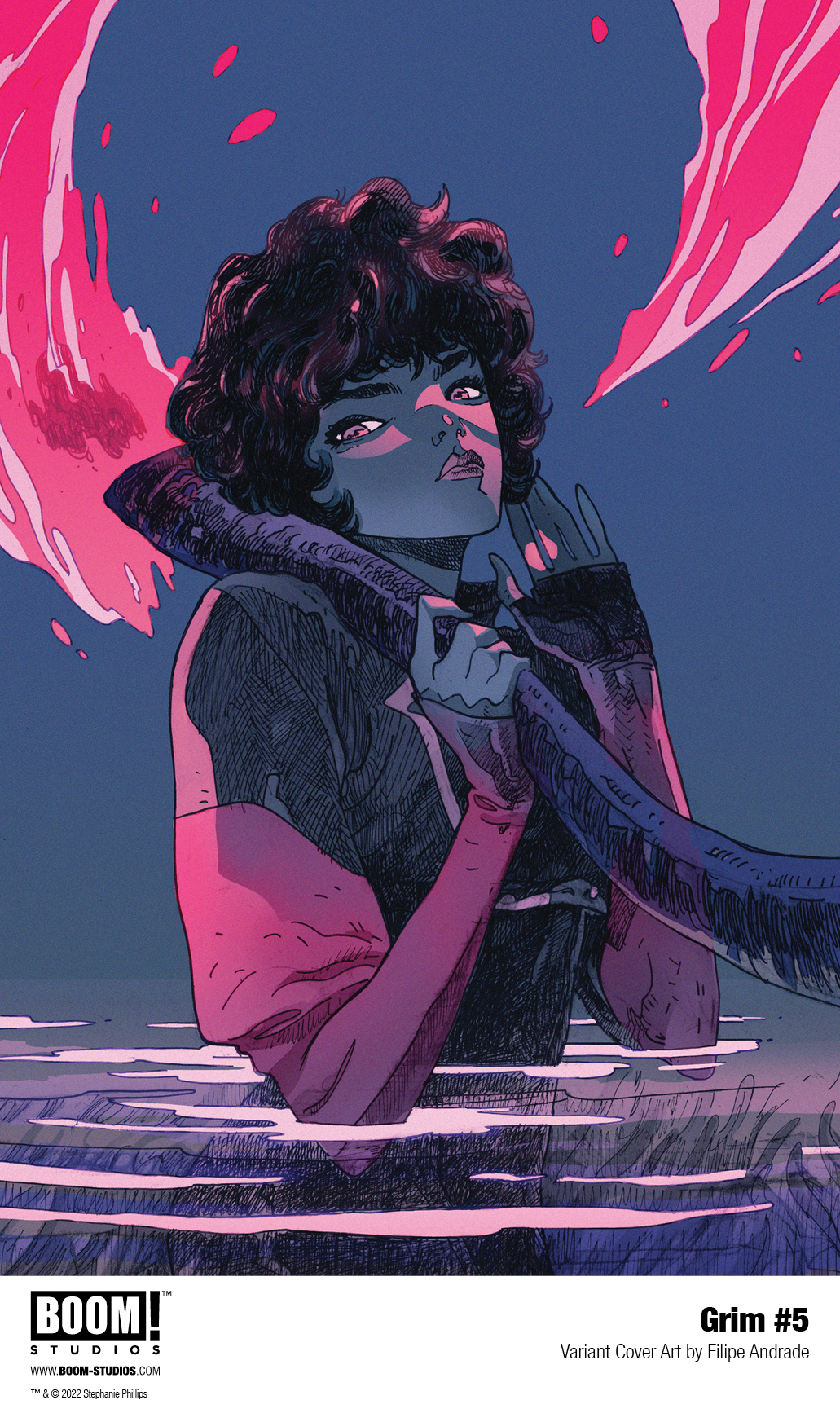 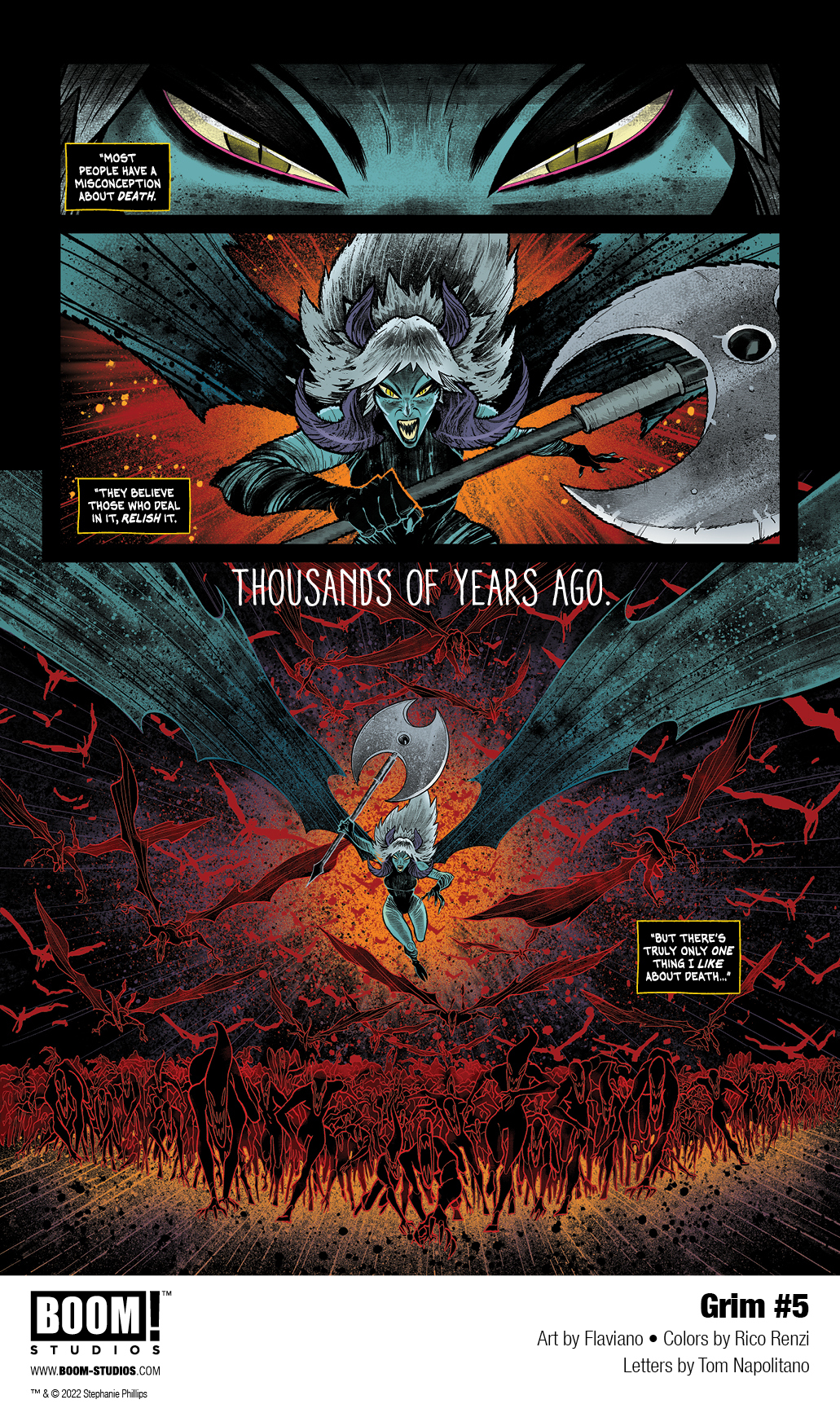 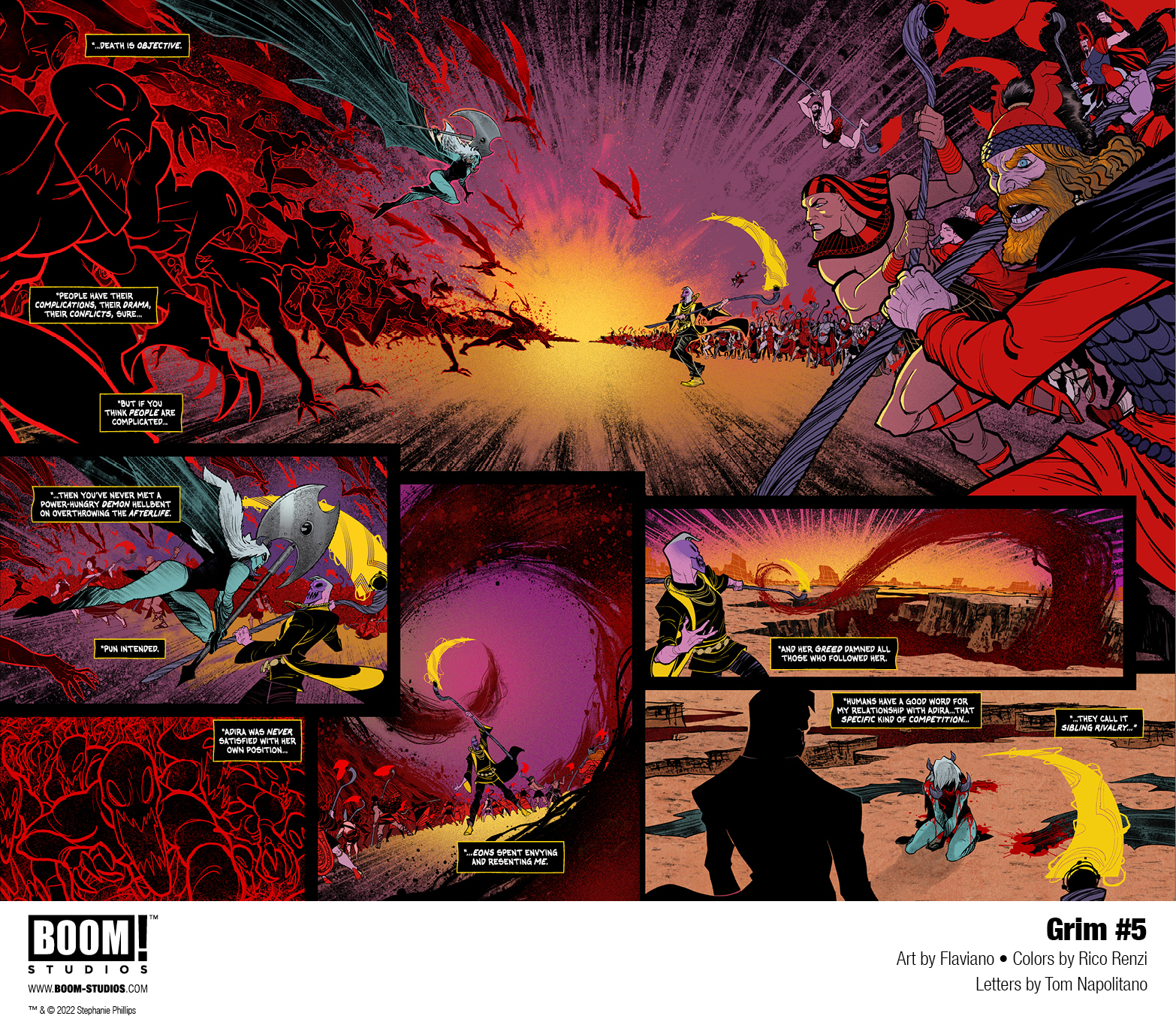 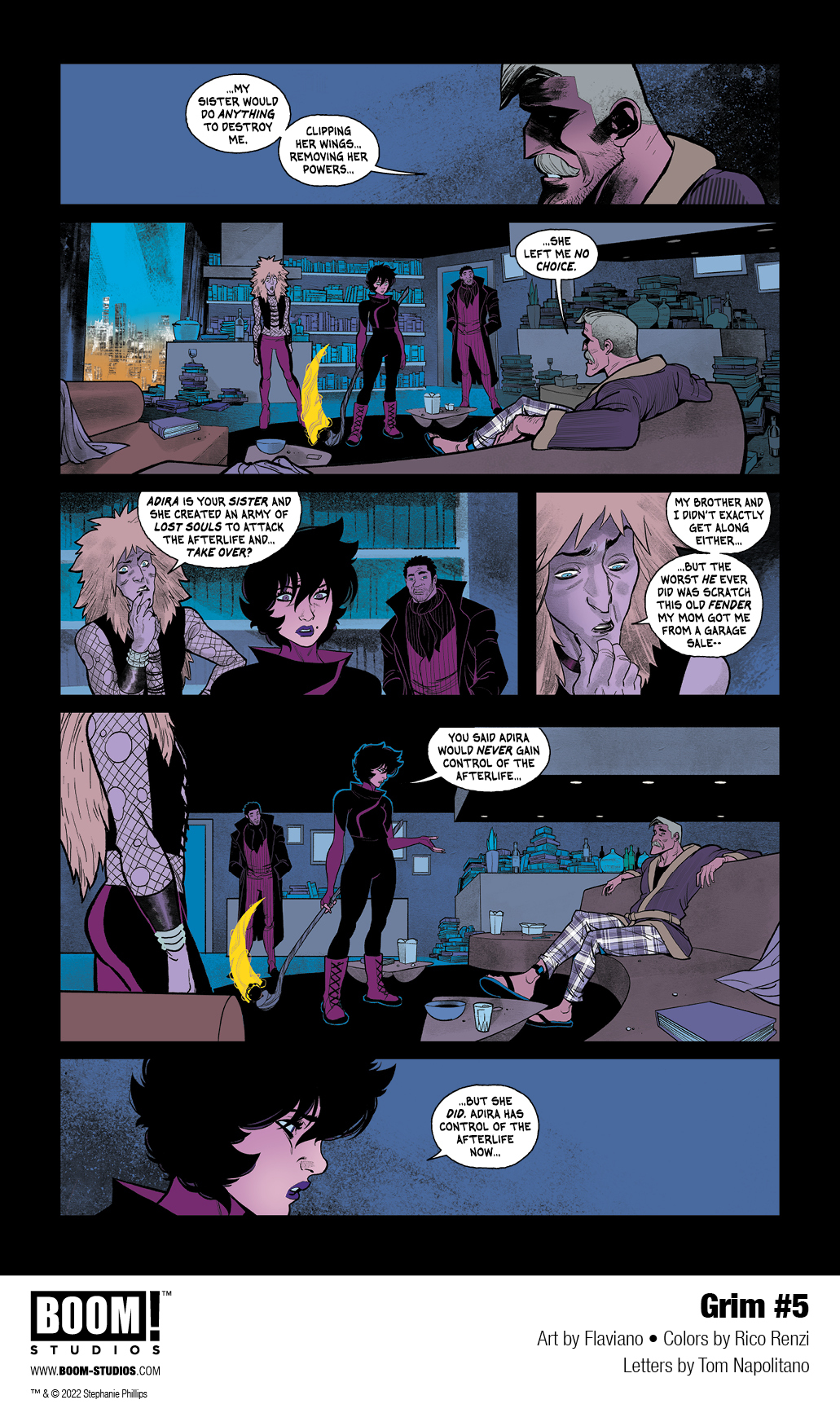 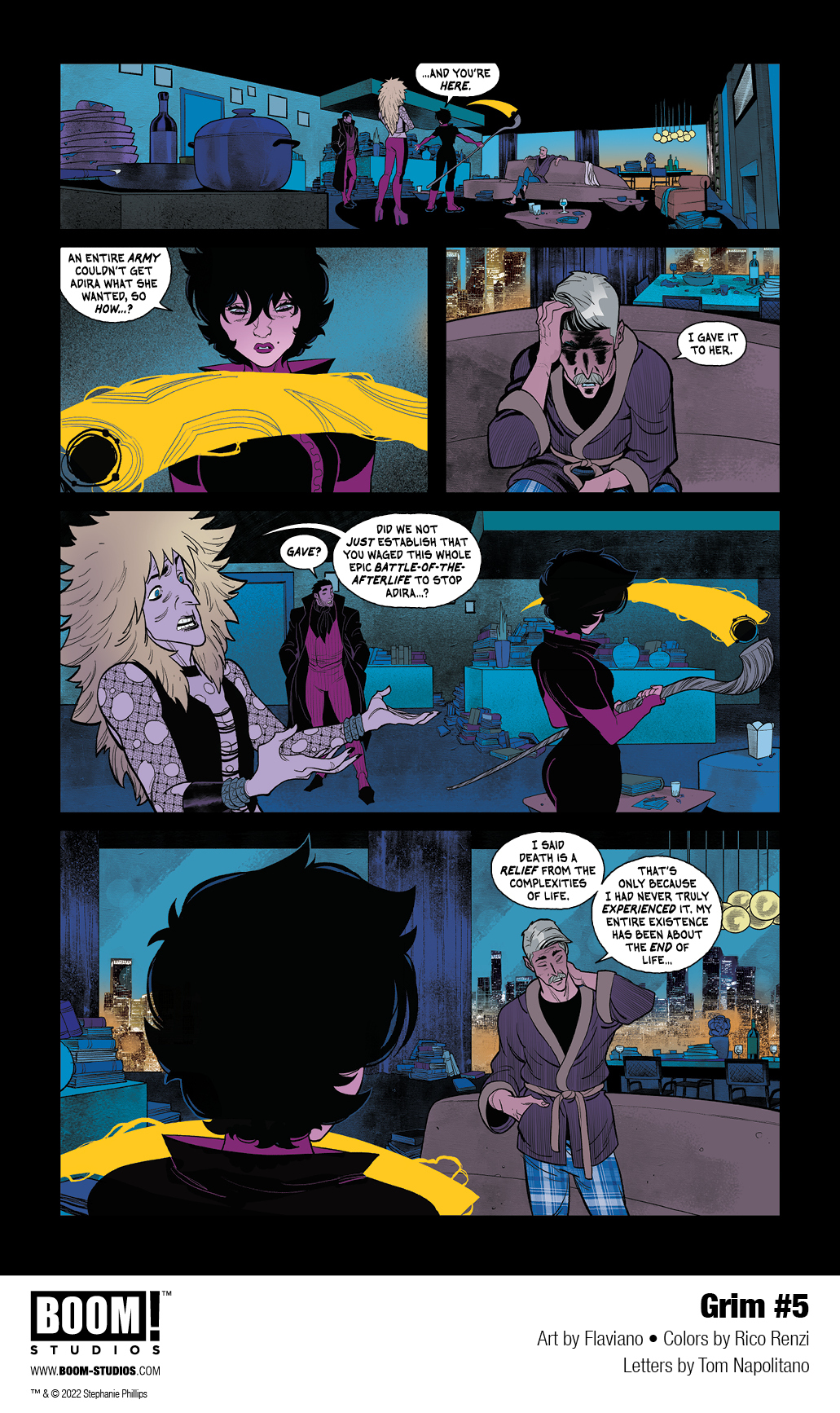