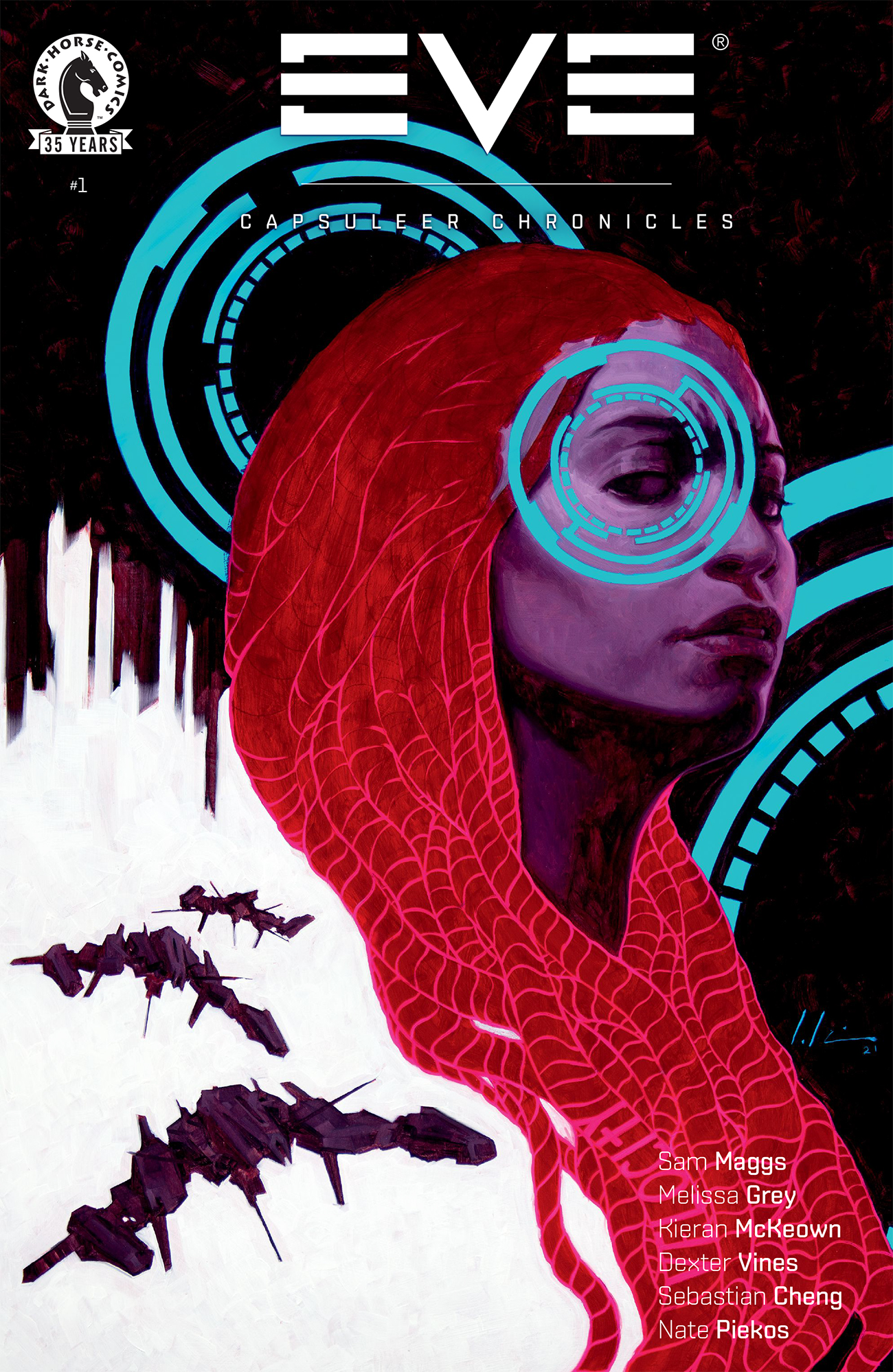 A new threat has come to their star cluster, an ancient and inhuman civilization demanding New Eden’s empires either submit to conversion or die.. Despite their differences in loyalties, these four capsuleers battle tooth and nail to save each other and all of New Eden, hoping to buy just enough time for reinforcements to arrive.

“Beyond any of the technological pinnacles achieved among its stars, the world of EVE is unwaveringly human. There are no aliens; from the vast Empires, to the ruthless Drifters, to the enigmatic Triglavian Collective, each of EVE’s factions is a different branching descendant of humanity. Every ounce of the drive and tenaciousness of our modern mankind survives and thrives in the people of New Eden, forming a web of ideals, politics, and conflicts that will always be at their core familiar to us – laying the foundation for a universe like no other.” – Uriel Anteovnuecci

EVE Online: Capsuleer Chronicles #1 of 4 arrives December 1, 2021, and is available through Dark Horse Digital and wherever you get your digital comics.