“Mike Mignola posted his Baltimore vs. Giant Ape ‘Year of Monsters’ cover on Facebook one day,” said co-writer Christopher Golden. “I think it was Ben Stenbeck who replied with ‘I wish we’d done that story,’ and I immediately said, ‘it’s not too late.’ Mike was totally up for it, of course. The original 1933 ‘King Kong’ is one of my favorite films of all time, so this was simultaneously our love letter to that movie and a chance to do something incredibly fun with Baltimore. It was a treat to get to work with Ben again, particularly on something that is like a little gift to Baltimore fans—and to ourselves.”

“I always wanted to come back to Baltimore in some way, especially on a story as fun and action-packed as this, based on Mike’s brilliant ‘Year of Monsters’ Baltimore cover,” said Ben Stenbeck. “It’s not King Kong, just a giant ape. I’m really glad I’ve had this chance to revisit the world of Baltimore.”

Finally armed with the identity of the being responsible for the vampire plague, Baltimore and his band of allies take on the evil around them with a new fervor. Enemies old and new, desperate battles, and strange horror await the reader as they follow Baltimore toward his ultimate destiny.

From writers Mike Mignola and Christopher Golden, with art by Ben Stenbeck (Hellboy, Koshchei the Deathless) and Peter Bergting (Joe Golem: Occult Detective, The Untamed) comes the culmination of the Baltimore series, published for the first time in an omnibus format. BALTIMORE OMNIBUS 2 is available in bookstores as of April 7, 2020. 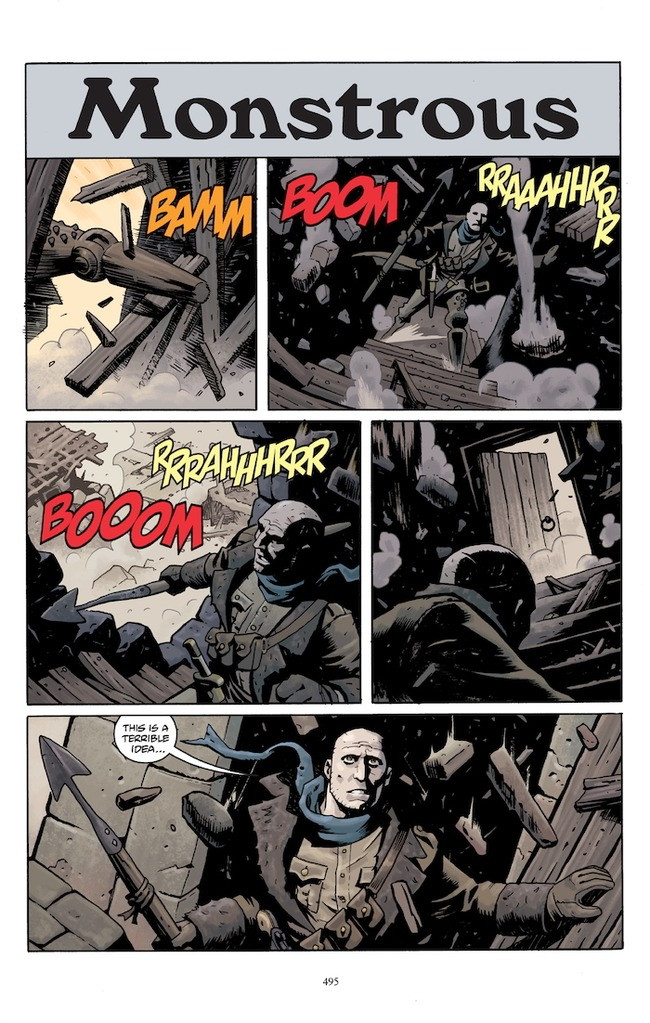