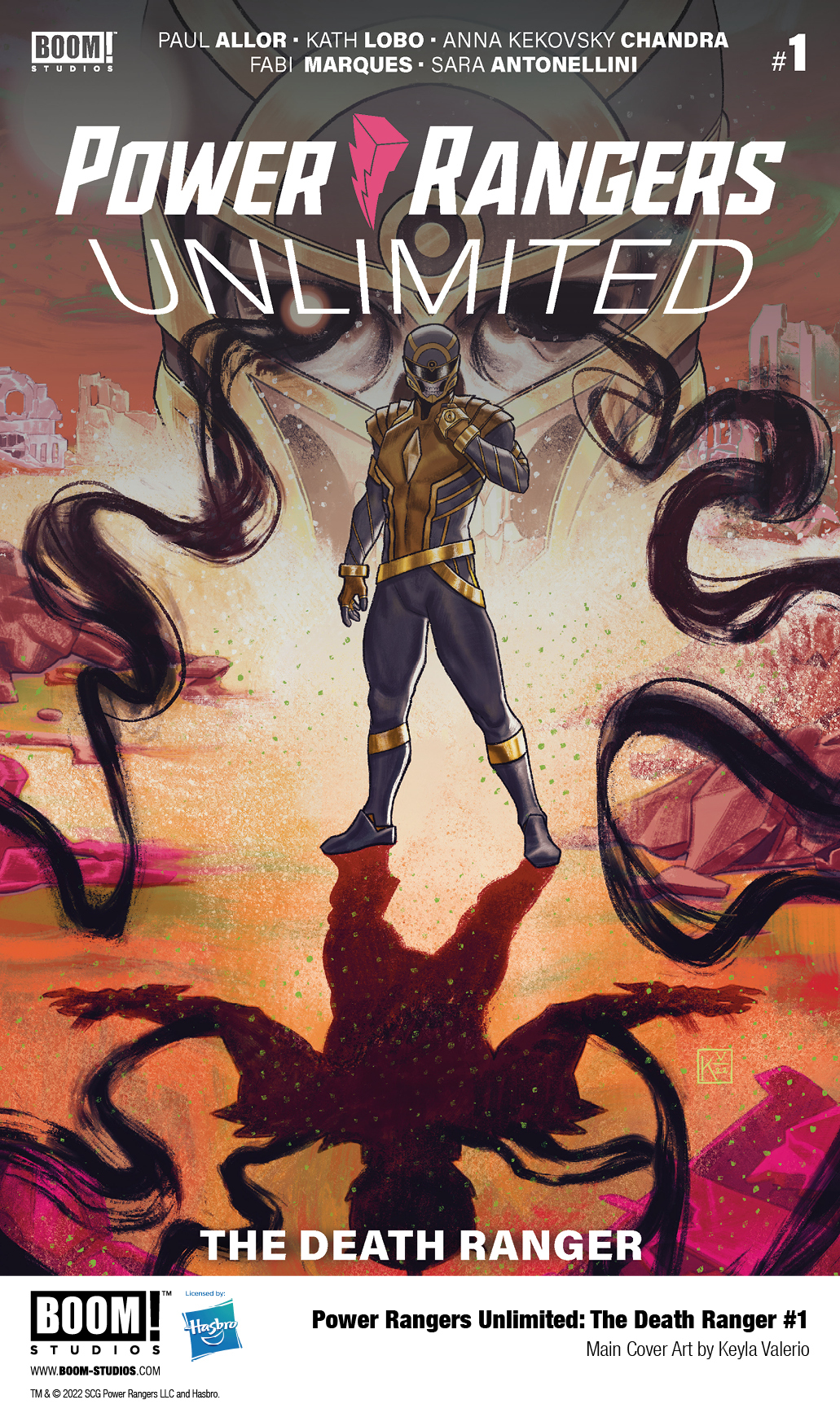 The LEGENDARY OMEGA RANGERS defended the universe from evil thousands of years ago, the six of them using their elemental powers to protect others from sinister forces. But that all changed when one key member became obsessed with death-defying powers from a terrifying source. How does this Ranger connect to what’s locked in the mysterious Omega Vault in Safehaven so many millennia later, as everything converges in the milestone comic book event CHARGE TO 100?

Currently, Power Rangers is celebrating 29 continuous years on the air, making it one of the longest-running kids’ live-action series in television history, with over 900 episodes aired to date. Created by Haim Saban and launched in 1993 with Mighty Morphin Power Rangers, the series launched its 29th overall season in Spring 2022, with season two of “Power Rangers Dino Fury,” which airs exclusively on Netflix in the U.S.

Print copies of POWER RANGERS UNLIMITED: THE DEATH RANGER #1 will be available on August 31, 2022 exclusively at local comic book shops (use comicshoplocator.com to find the one nearest you) or at the BOOM! Studios webstore. Digital copies can be purchased from content providers like comiXology, iBooks, Google Play, and Kindle. 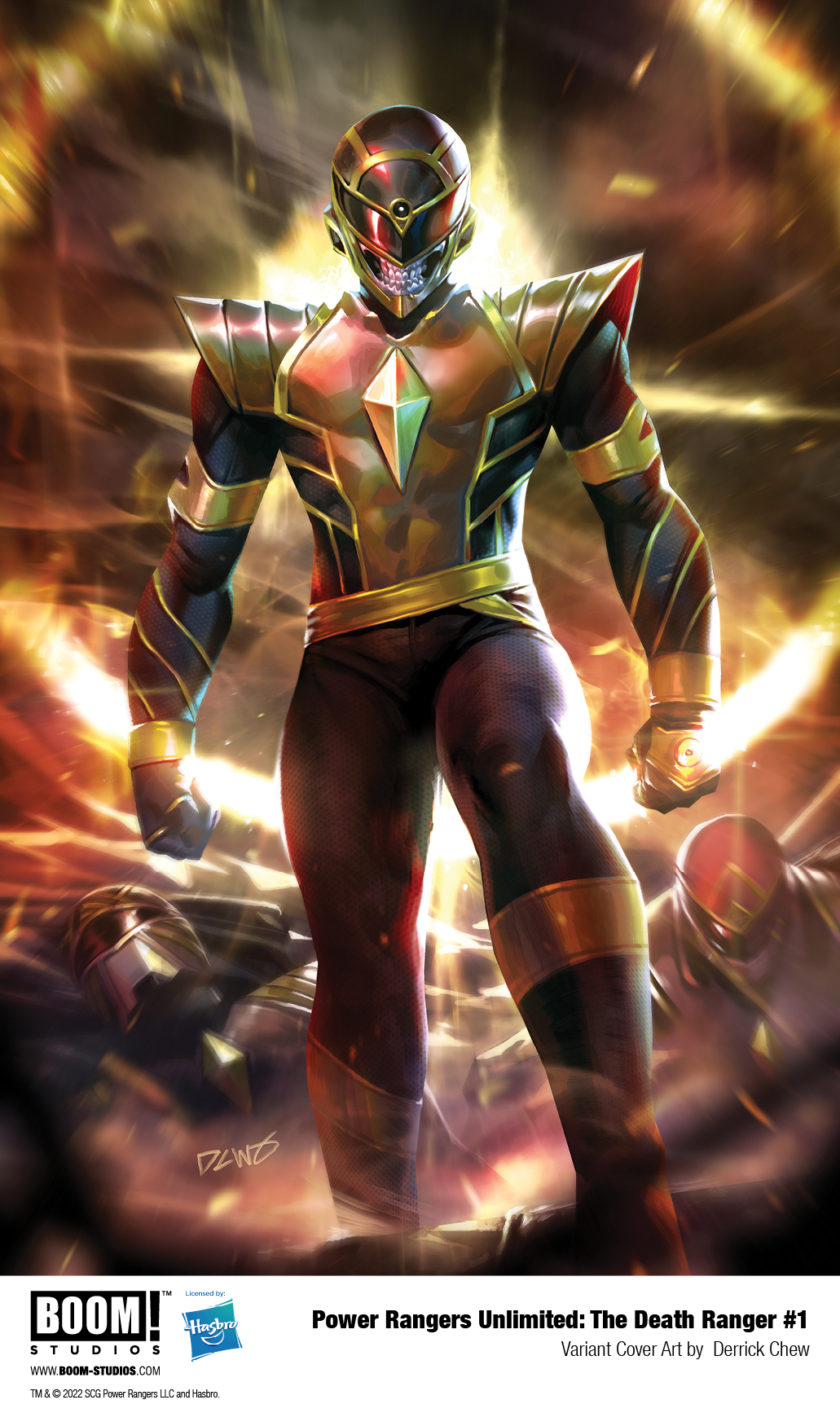 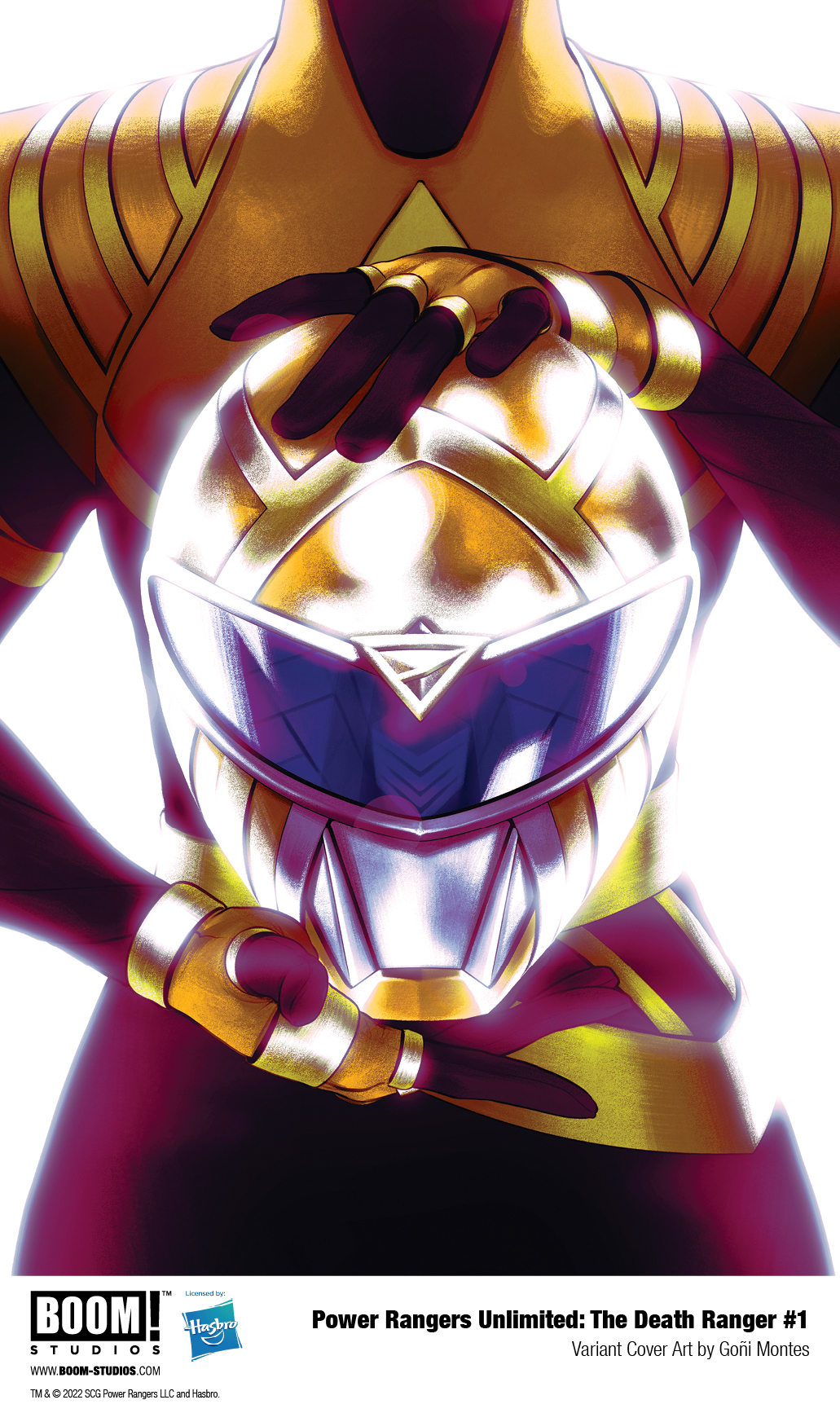 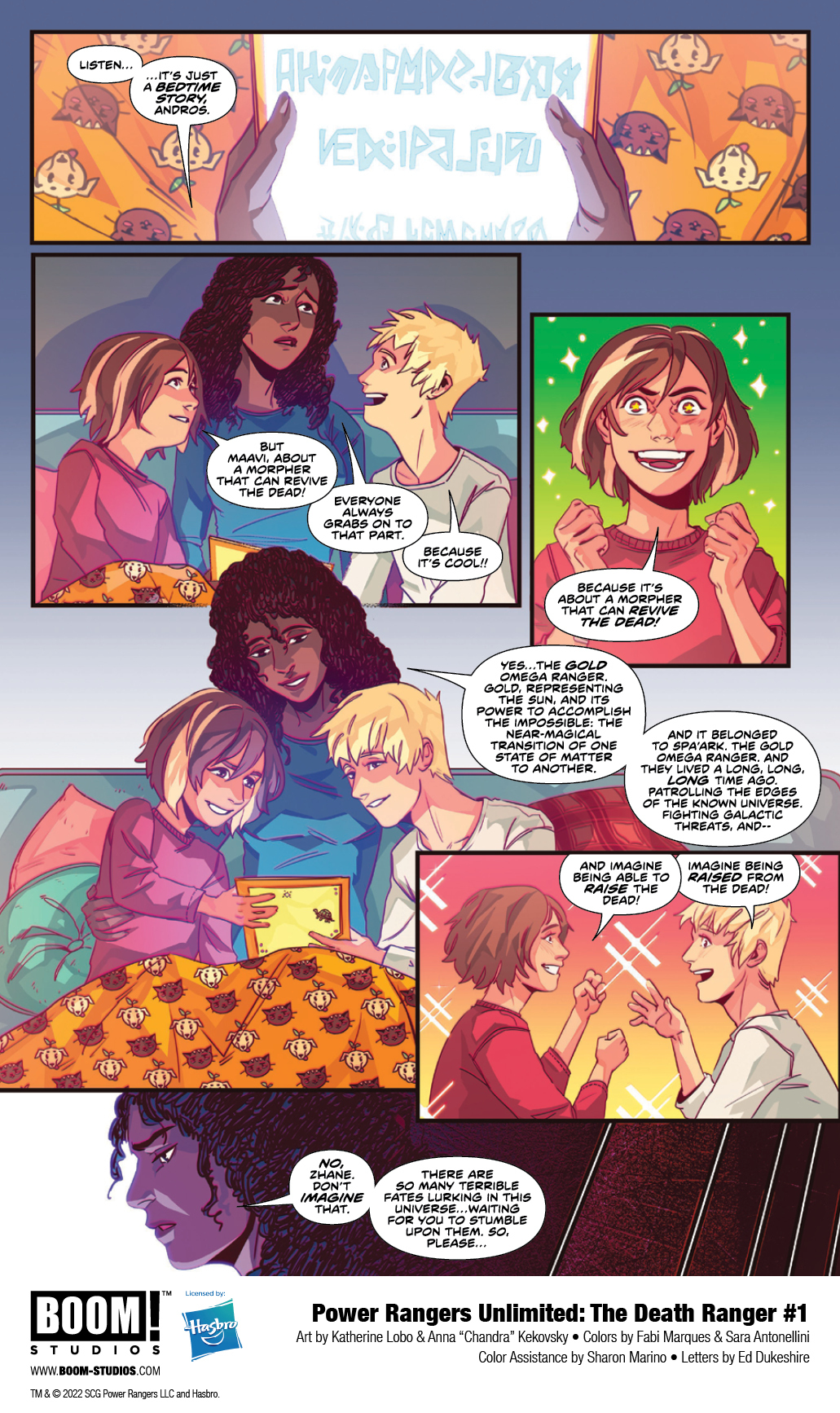 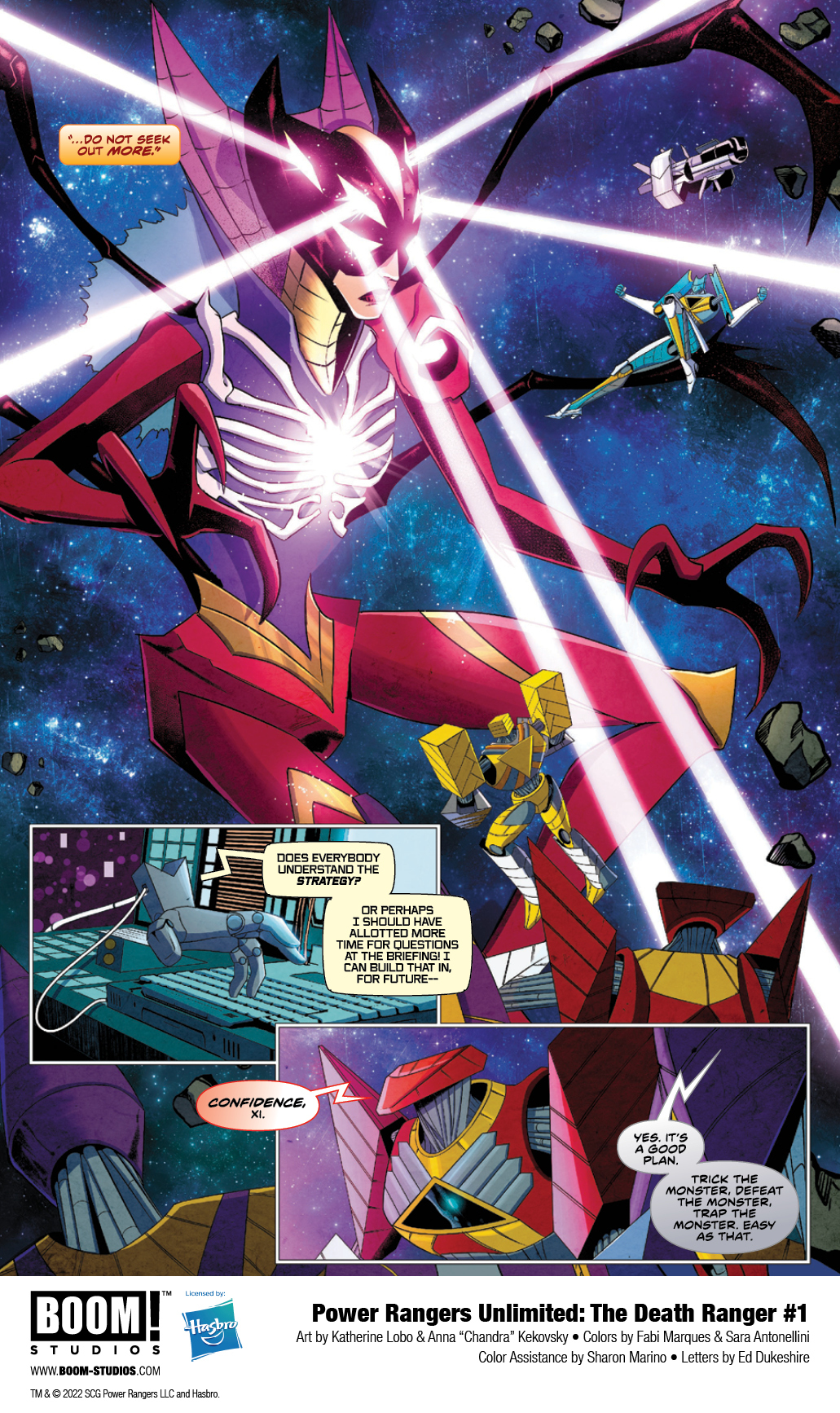 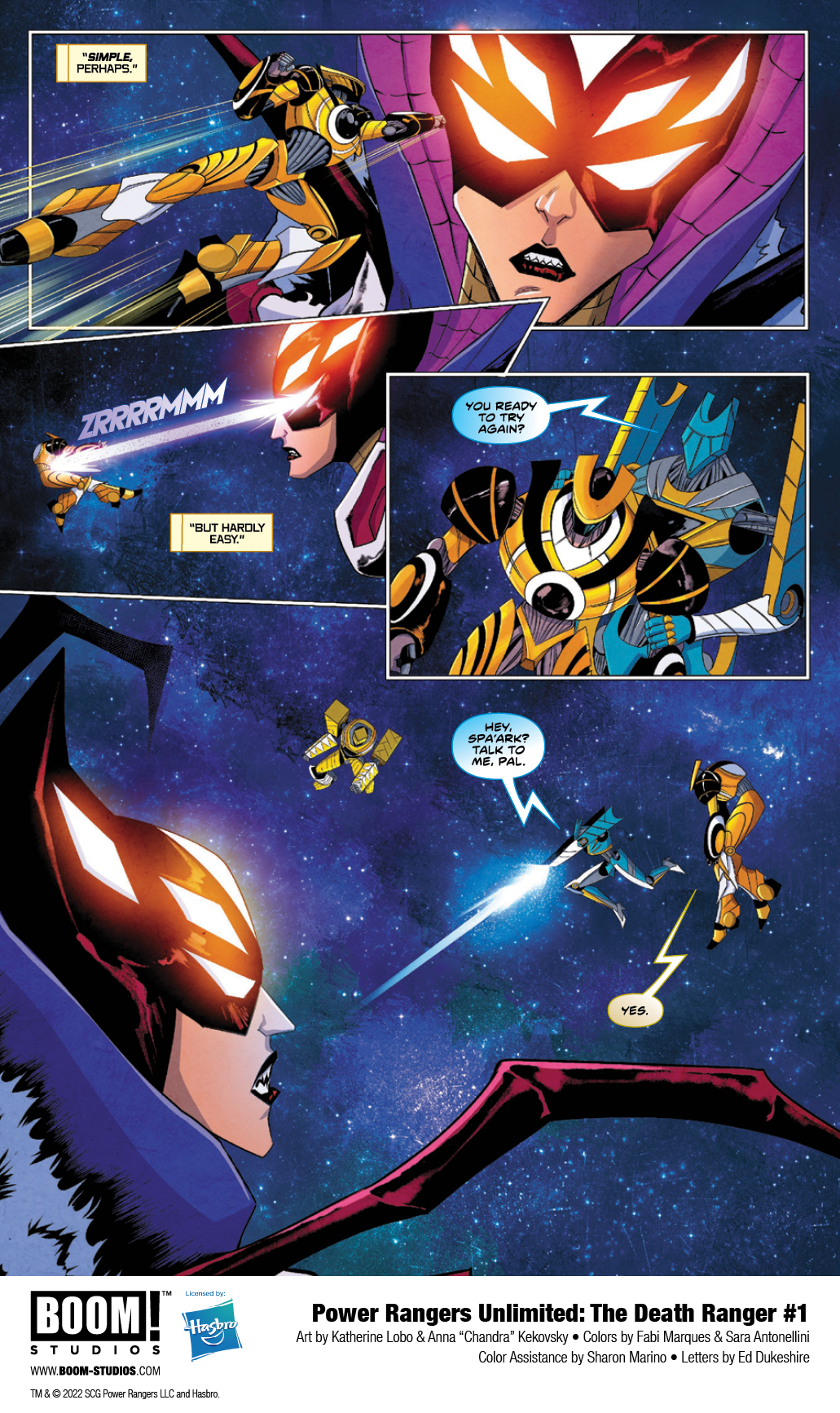 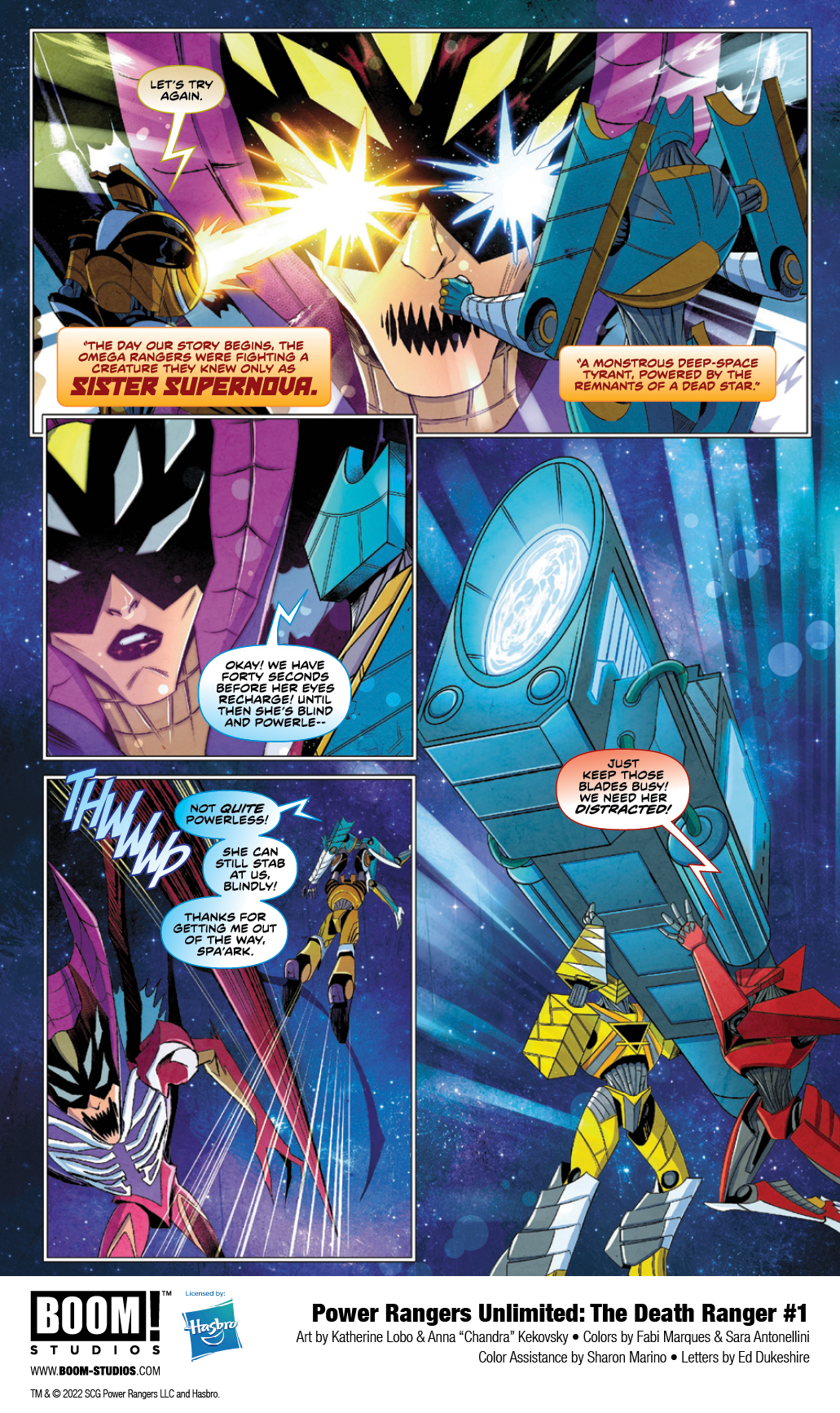 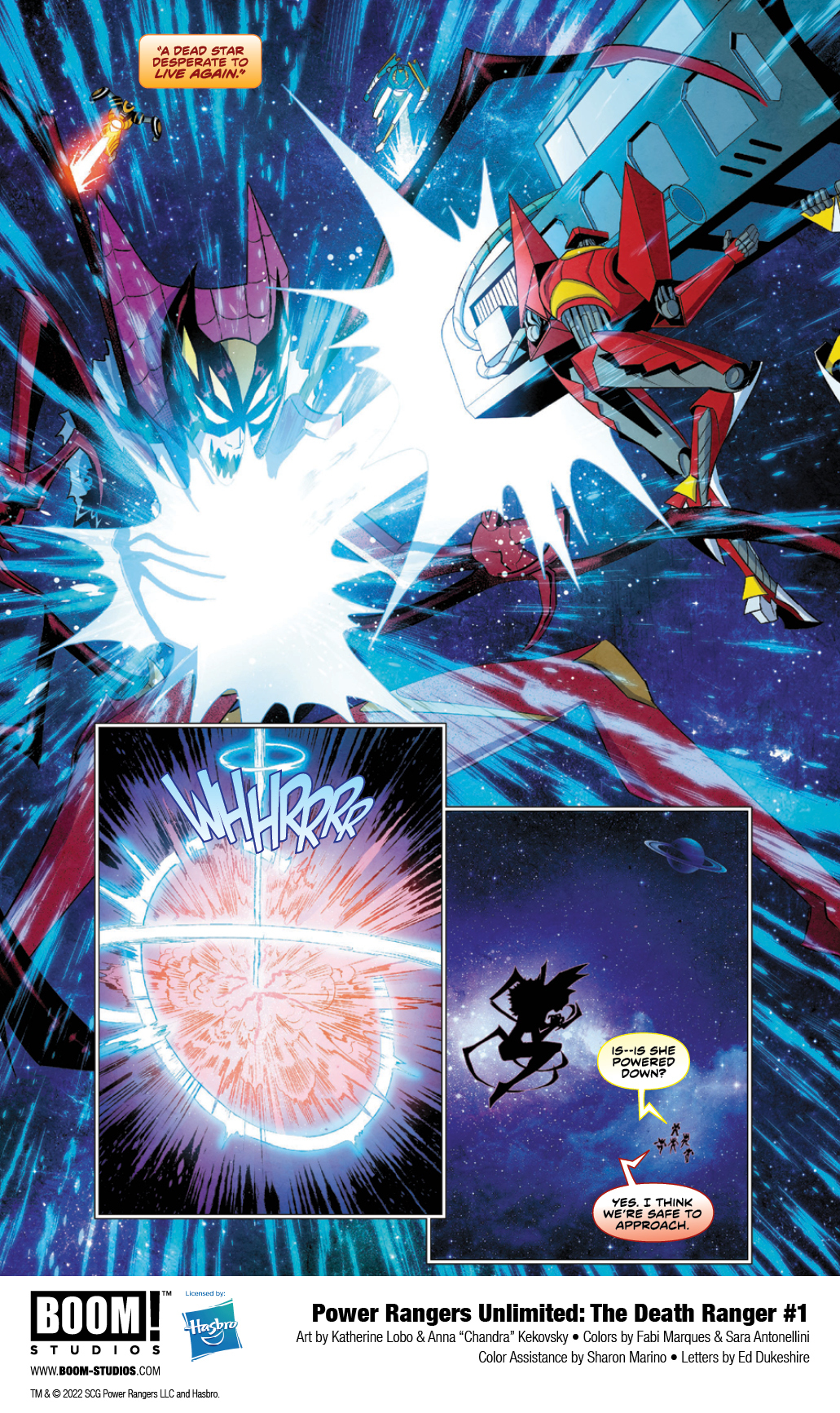