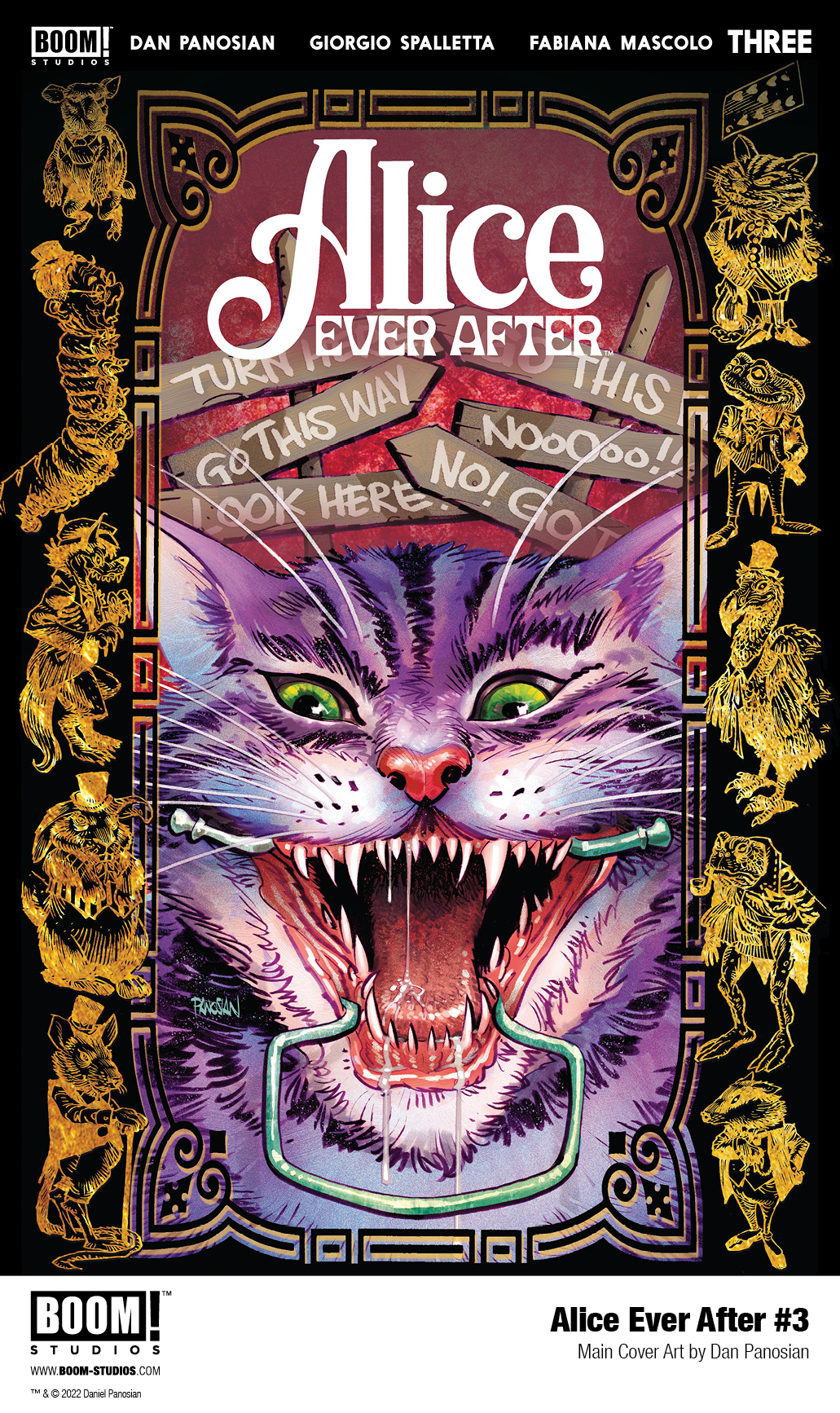 LOS ANGELES, CA (June 9, 2022) – BOOM! Studios today revealed a first look at ALICE EVER AFTER #3, the next issue of the new five-issue original series from superstar artist and writer Dan Panosian (An Unkindness of Ravens, Canary), artist Giorgio Spalletta (Red Sonja: Black, White, Red), colorist Fabiana Mascolo, and letterer Jeff Eckleberry, a darkly surreal tale of an adult Alice as she struggles with a choice between facing her trauma in the real world, or escaping to Wonderland… for good. Available in June 2022.

Alice has found refuge in the ASYLUM, but she might not be as safe as she thinks. An overdose leads to the realization that there’s something wrong with the Cheshire Cat’s teeth, and a monstrous memory from Alice’s childhood resurfaces to bite off another piece of her sanity! To make things worse, Alice seems to have become an object of fascination for greedy Headmistress Hulda and sadistic Dr. Madsen.

Print copies of ALICE EVER AFTER #3 will be available on June 15, 2022 exclusively at local comic book shops (use comicshoplocator.com to find the one nearest you) or at the BOOM! Studios webstore. Digital copies can be purchased from content providers like comiXology, iBooks, Google Play, and Kindle. 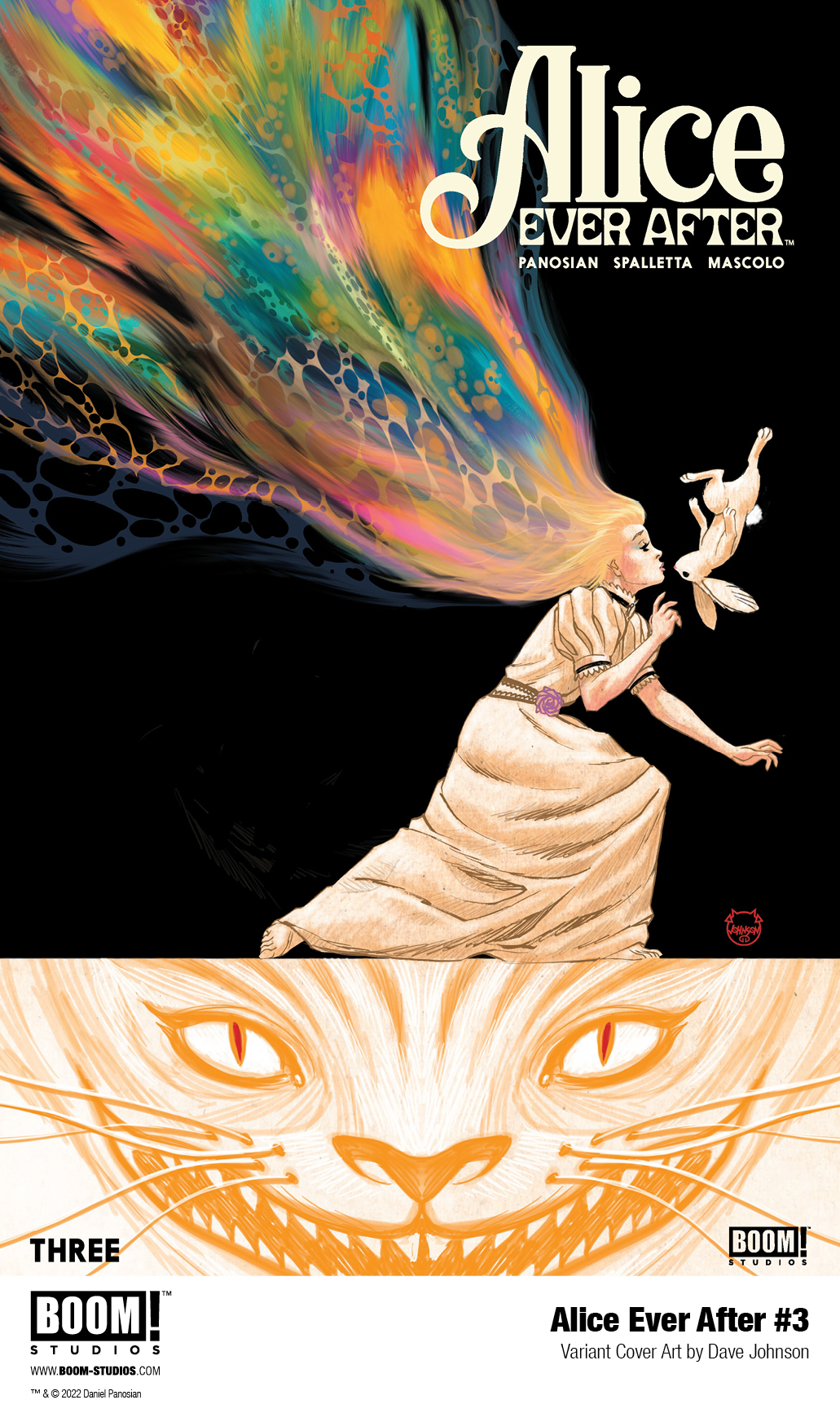 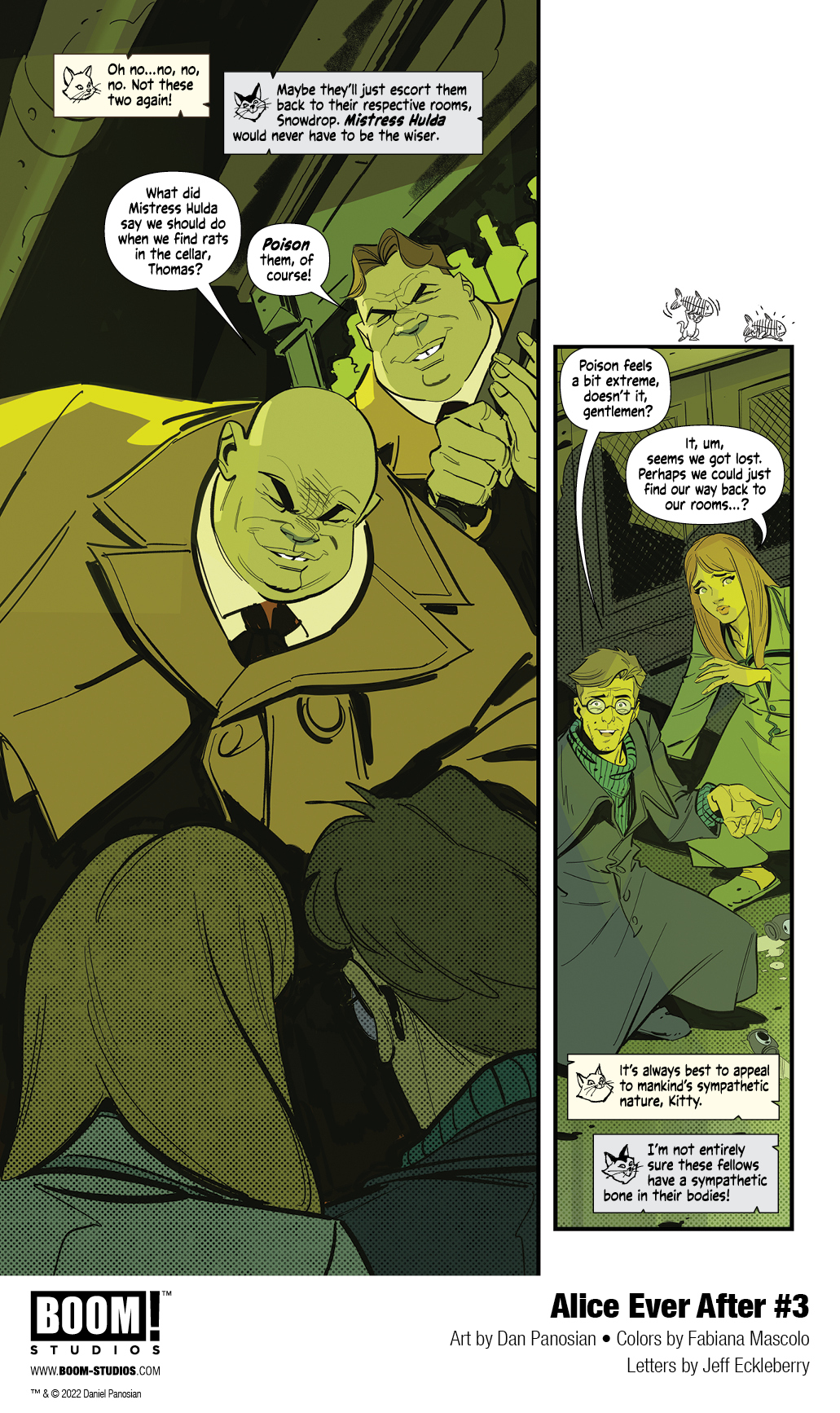 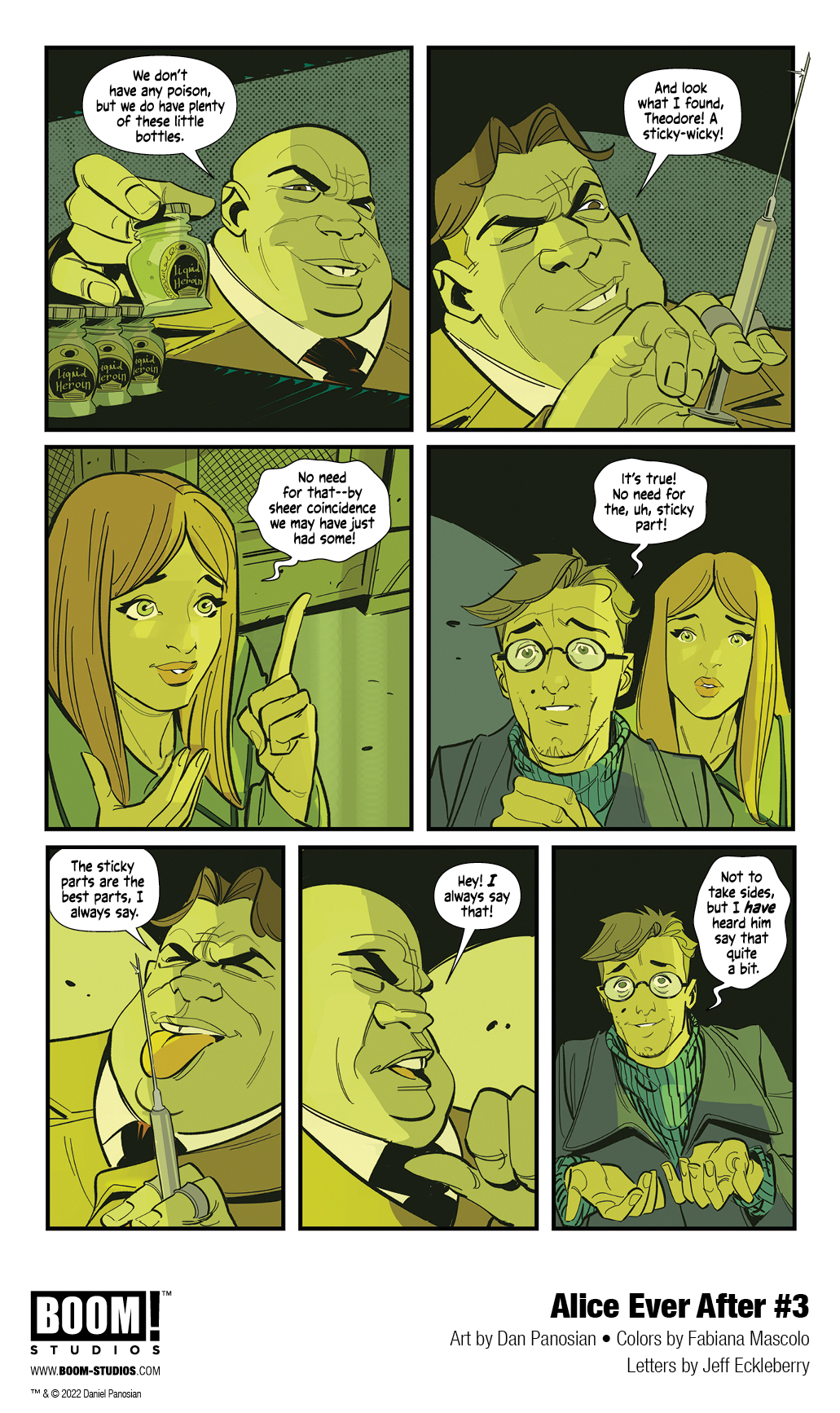 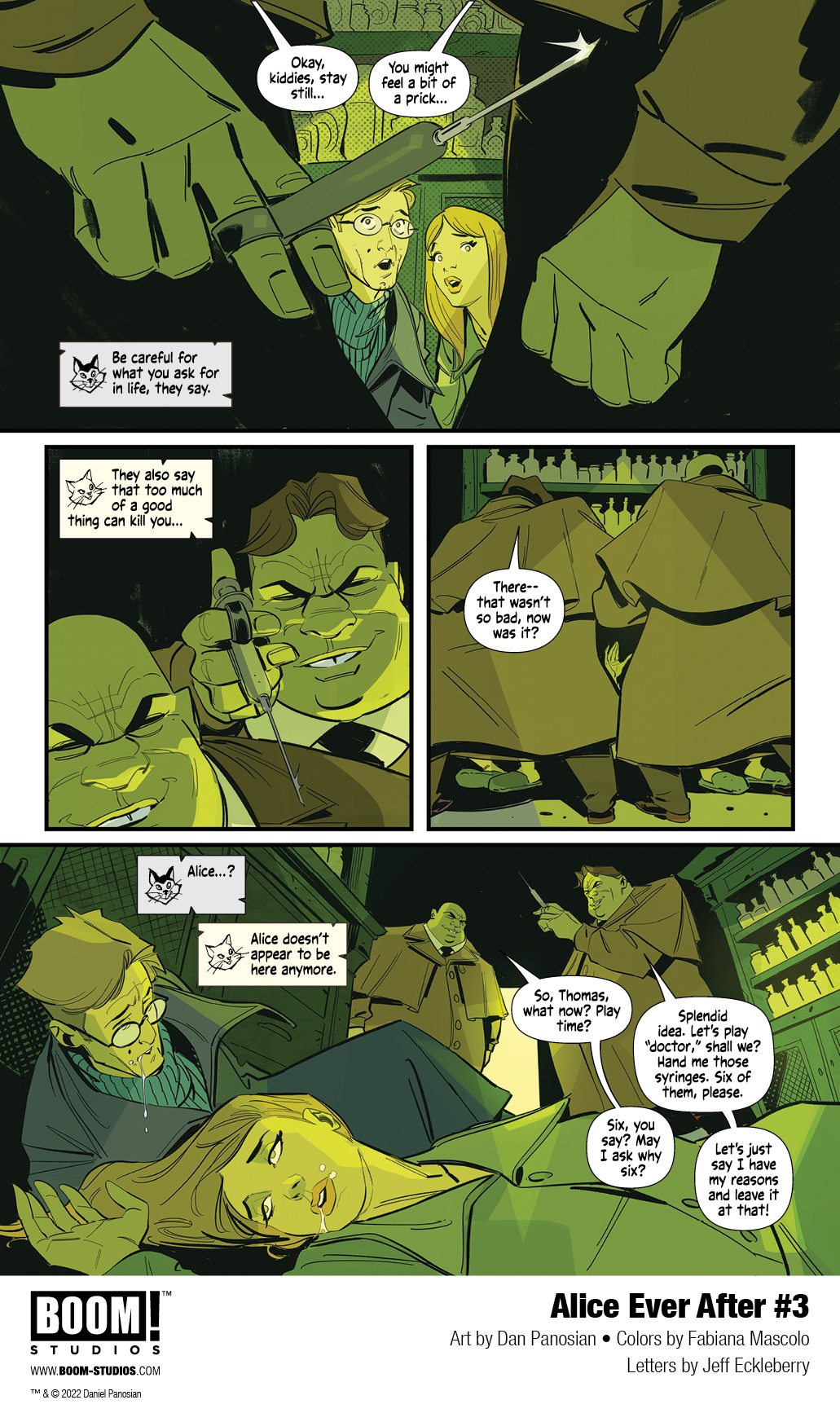 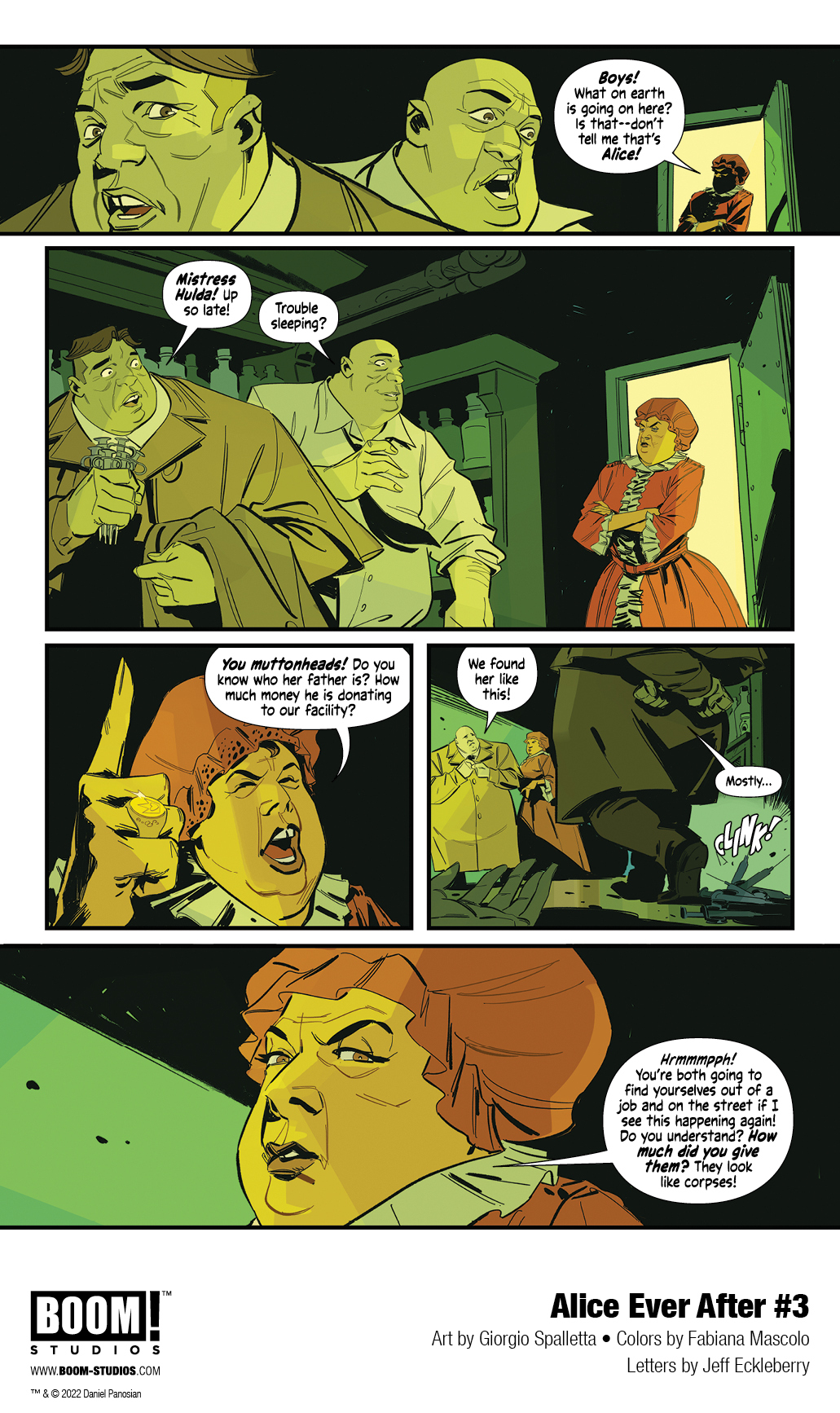 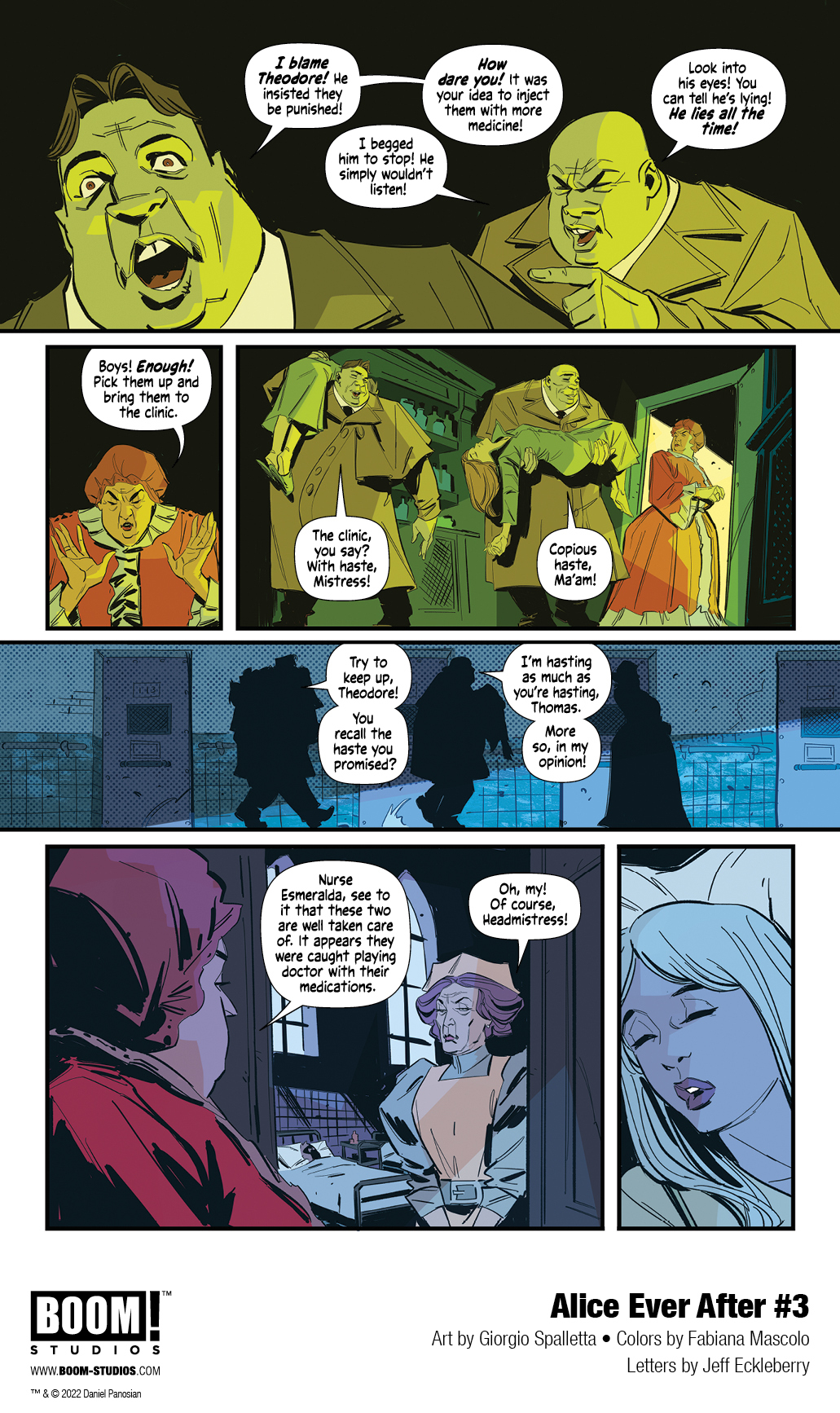