In the long awaited continuation of Cursed Pirate Girl, her loyal companion Pepper Dice reveals that there’s still time to bring back her father, the Dread Pirate Captain Douglas! If she can escape the Sea King’s Palace with The Bright Star, will she be bold enough to enter The Devil’s Cave in the hope of bringing her father back? Or will the Devil Jonah and his minions stop her?

Jeremy Bastian is a comic book creator living in Ann Arbor, Michigan. His book Cursed Pirate Girl has garnered a group of dedicated fans not only in the United States but also internationally. The unique art style he uses in his work is reminiscent of 15th century engravings, despite the fact that he uses a brush and ink. Jeremy has done variant covers for BOOM! Studios’ Judas series and Labyrinth.

“THE DEVIL’S CAVE is the best work I have done yet, and I’m very excited to share it with you. In this long awaited chapter, Cursed Pirate Girl visits the wonders of the Omerta Seas and faces even more bizarre characters in her quest to be reunited with her father,” said Bastian. “If you thought the previous chapter of her story was something special, just wait ‘til you see this one!”

“It’s an utter delight to have CURSED PIRATE GIRL back, and with one of the most captivating and imaginative journeys yet for the character no less,” said Bryce Carlson, Editor, BOOM! Studios. “It’s been more than well worth the wait to lay eyes on Jeremy’s work at its absolute best in the stunning illustrations and immersive storytelling that lie within THE DEVIL’S CAVE.”

CURSED PIRATE GIRL is the latest release from BOOM! Studios’ ambitious Archaia imprint, home to graphic novels such as Mouse Guard by David Petersen, Bolivar by Sean Rubin; Slaughterhouse-Five by Kurt Vonnegut, Ryan North, and Albert Monteys; The Sacrifice of Darkness by Roxane Gay, Tracy Lynne-Oliver, and Rebecca Kirby; Big Black: Stand at Attica by Frank “Big Black” Smith, Jared Reinmuth, and Améziane, We Served the People by Emei Burell, and licensed series including Lev Grossman’s The Magicians by Lilah Sturges and Pius Bak, as well as Jim Henson’s The Dark Crystal: Age of Resistance and Jim Henson’s Labyrinth: Coronation.

Print copies of CURSED PIRATE GIRL: THE DEVIL’S CAVE, featuring cover art by Bastian, will be available for sale in January 2022 exclusively at local comic book shops  (use comicshoplocator.com to find the one nearest you) or at the BOOM! Studios webstore. Digital copies can be purchased from content providers, including comiXology, iBooks, Google Play, and Kindle.

For continuing news on CURSED PIRATE GIRL and more from BOOM! Studios, stay tuned to boom-studios.com and follow @boomstudios on Twitter. 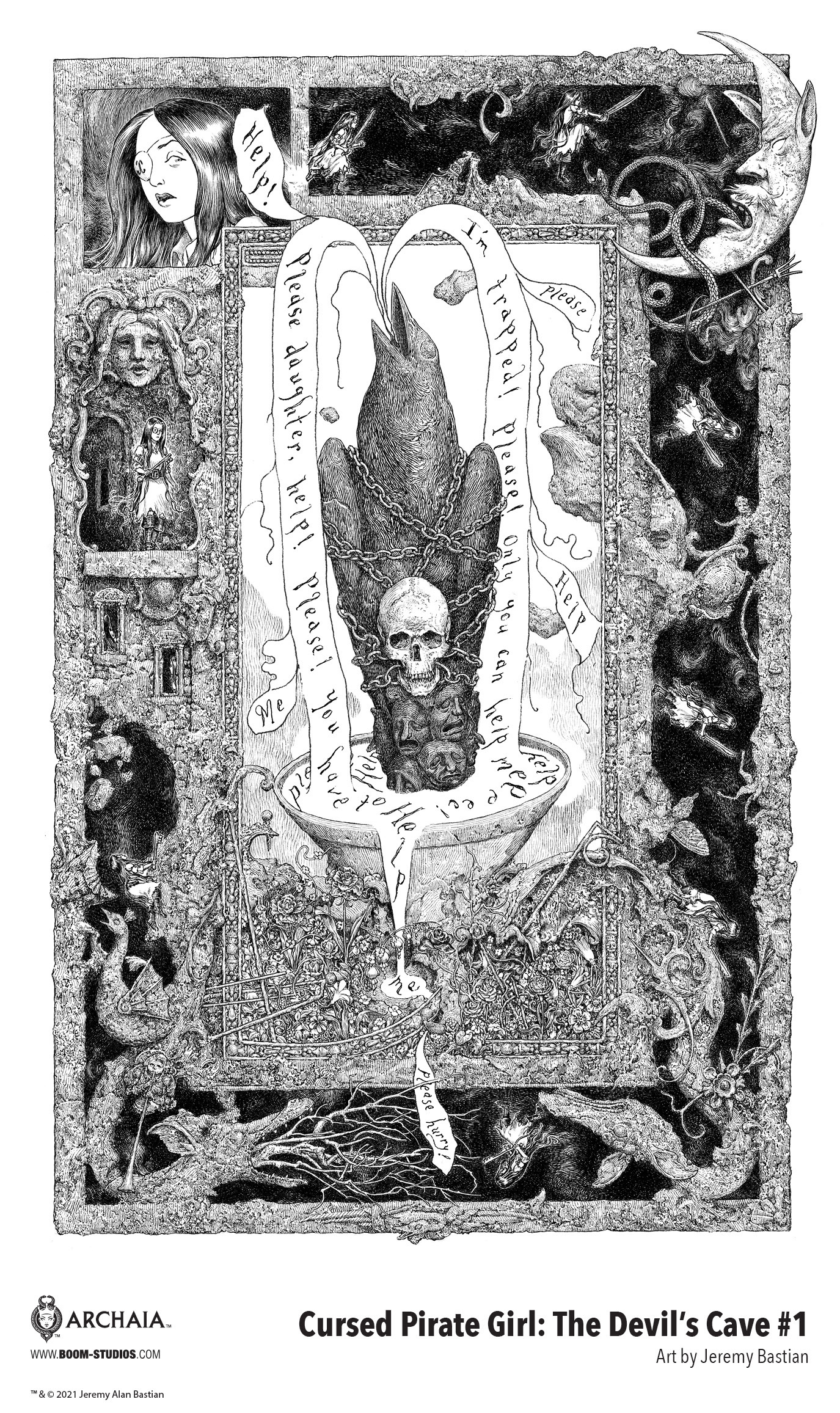 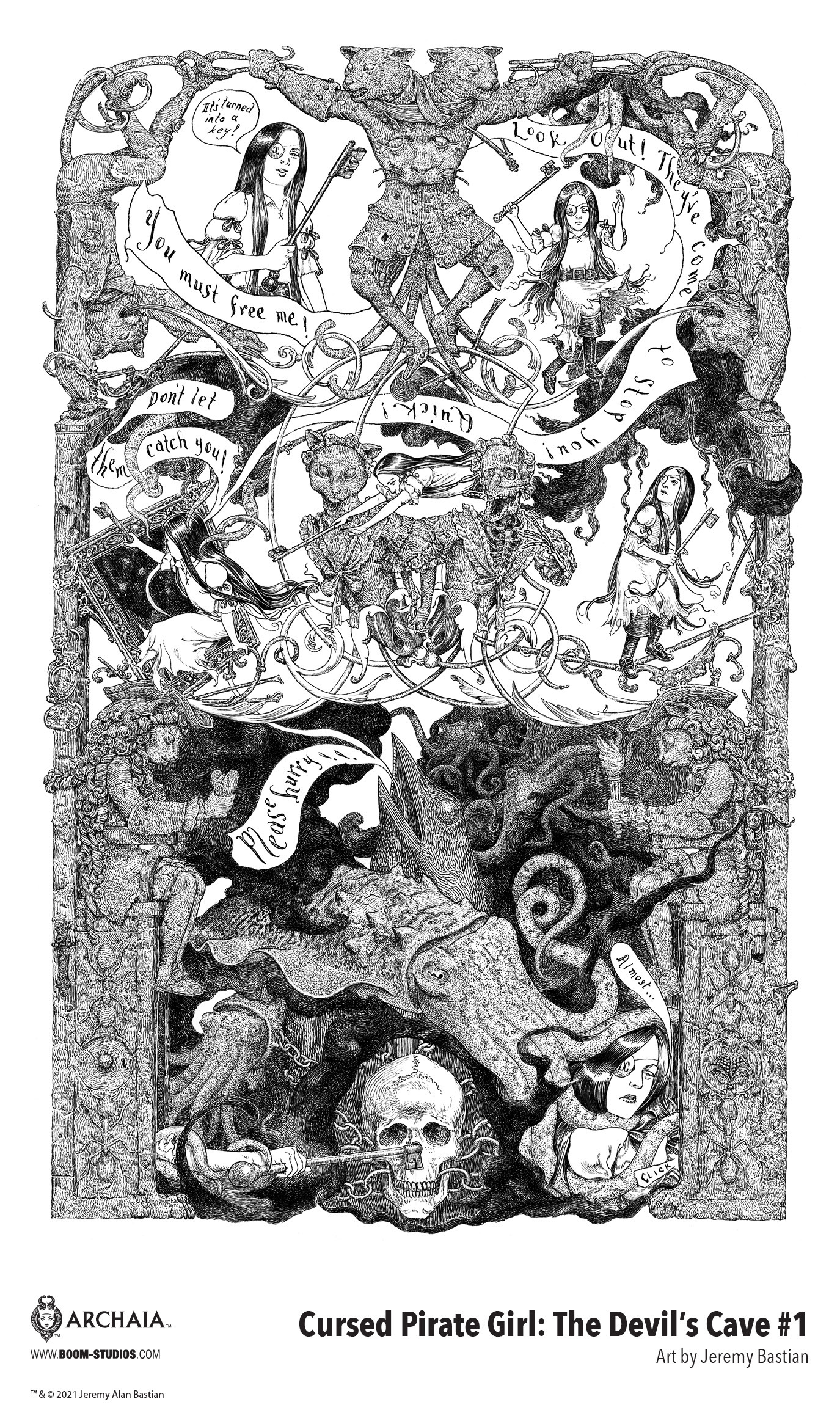 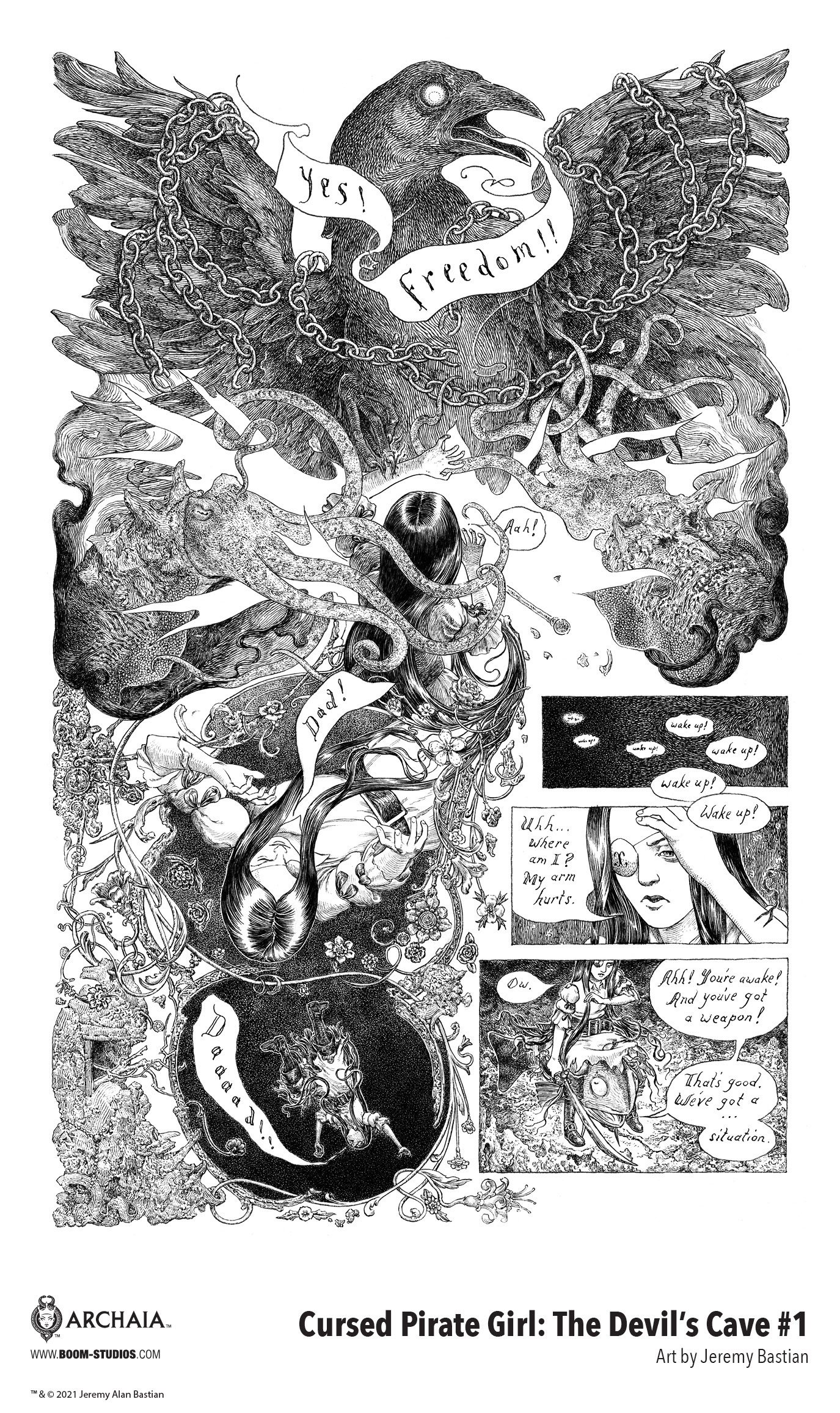 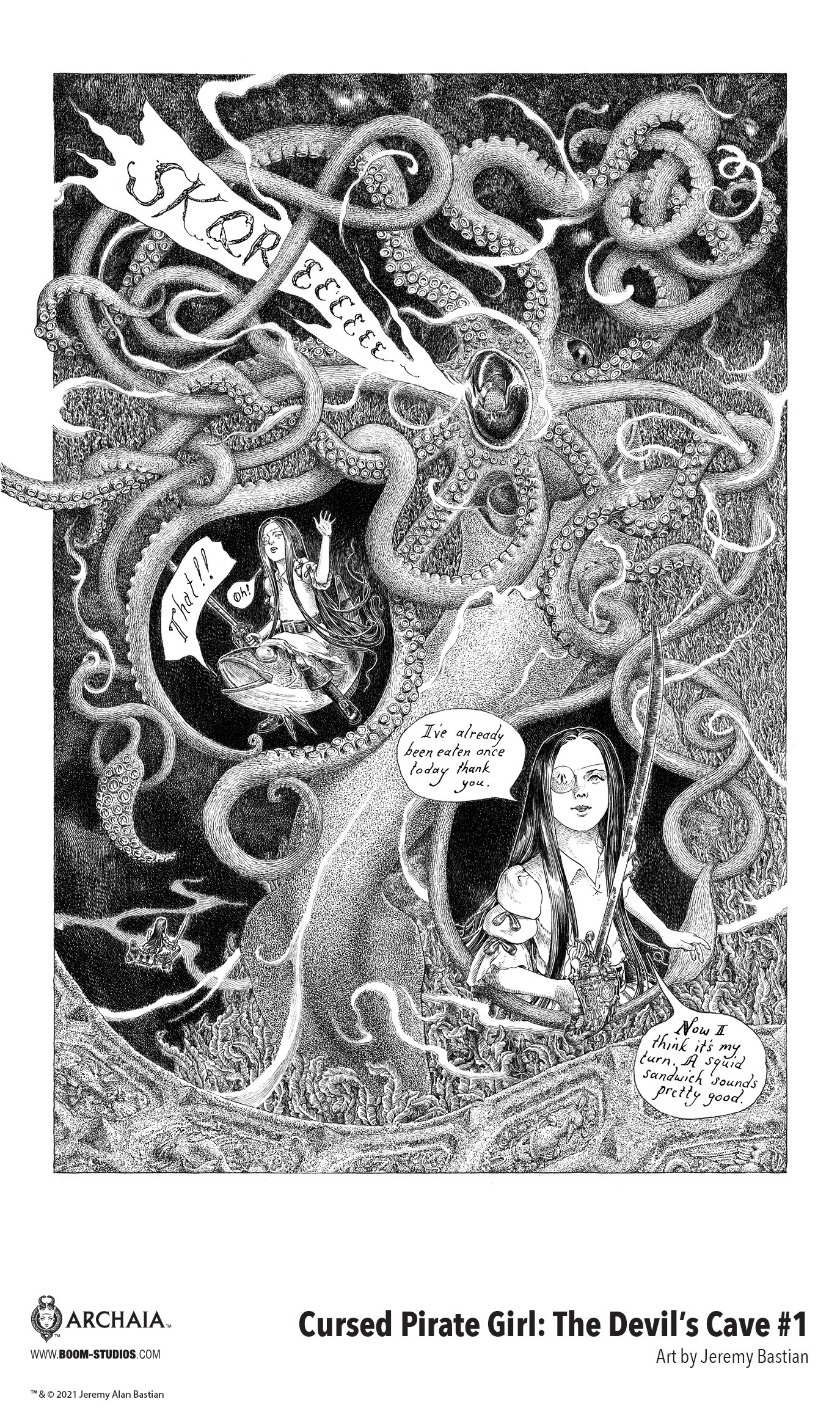 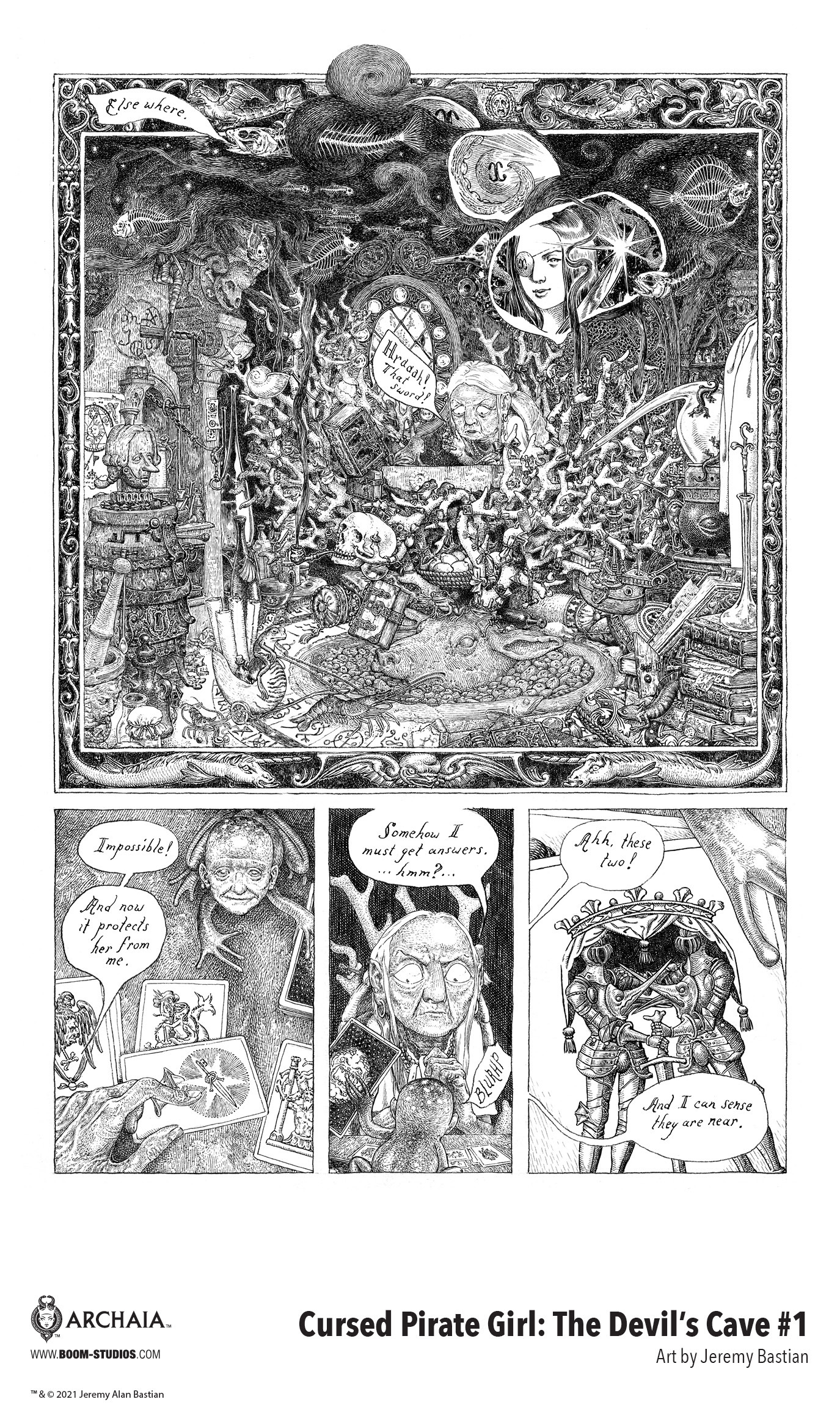 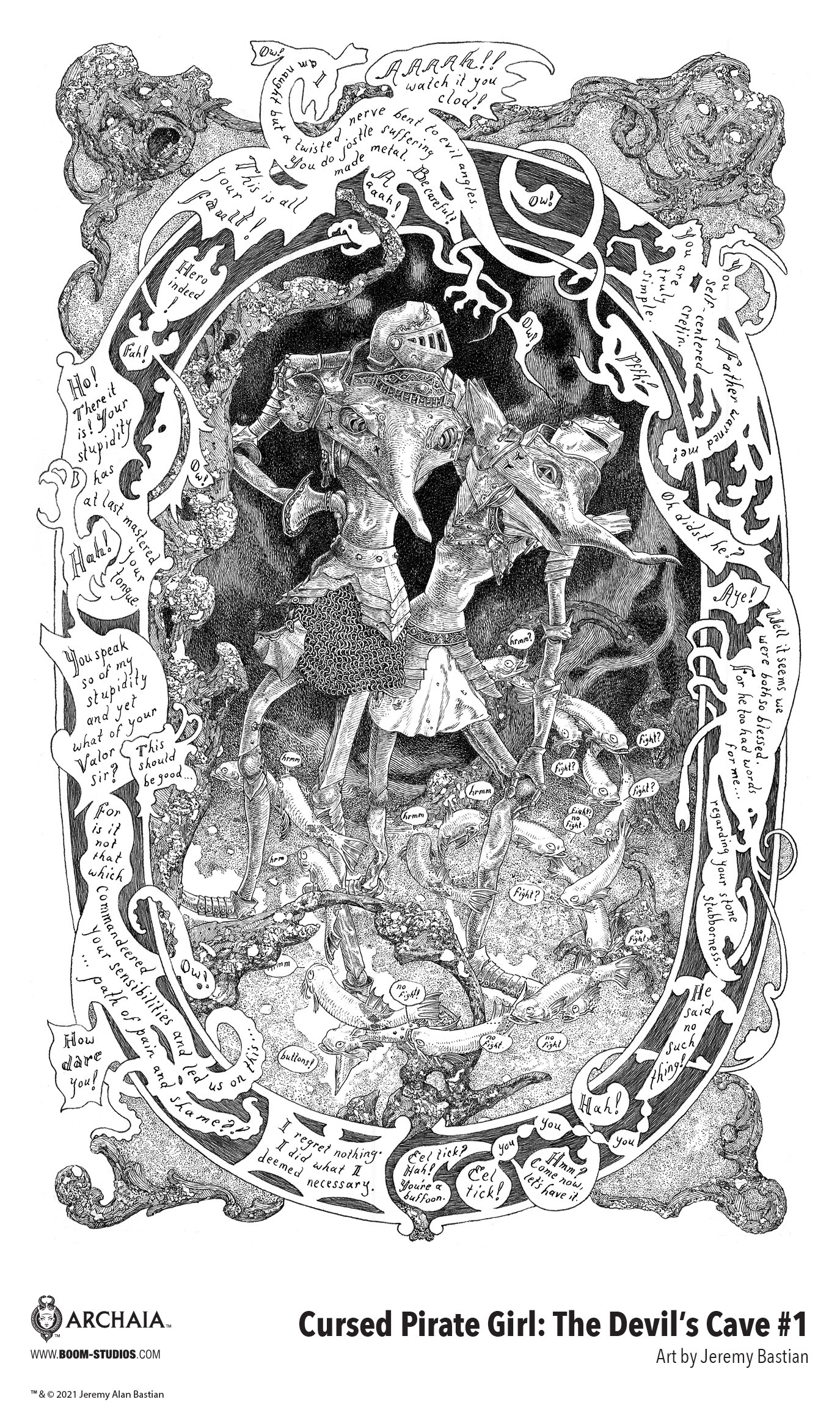 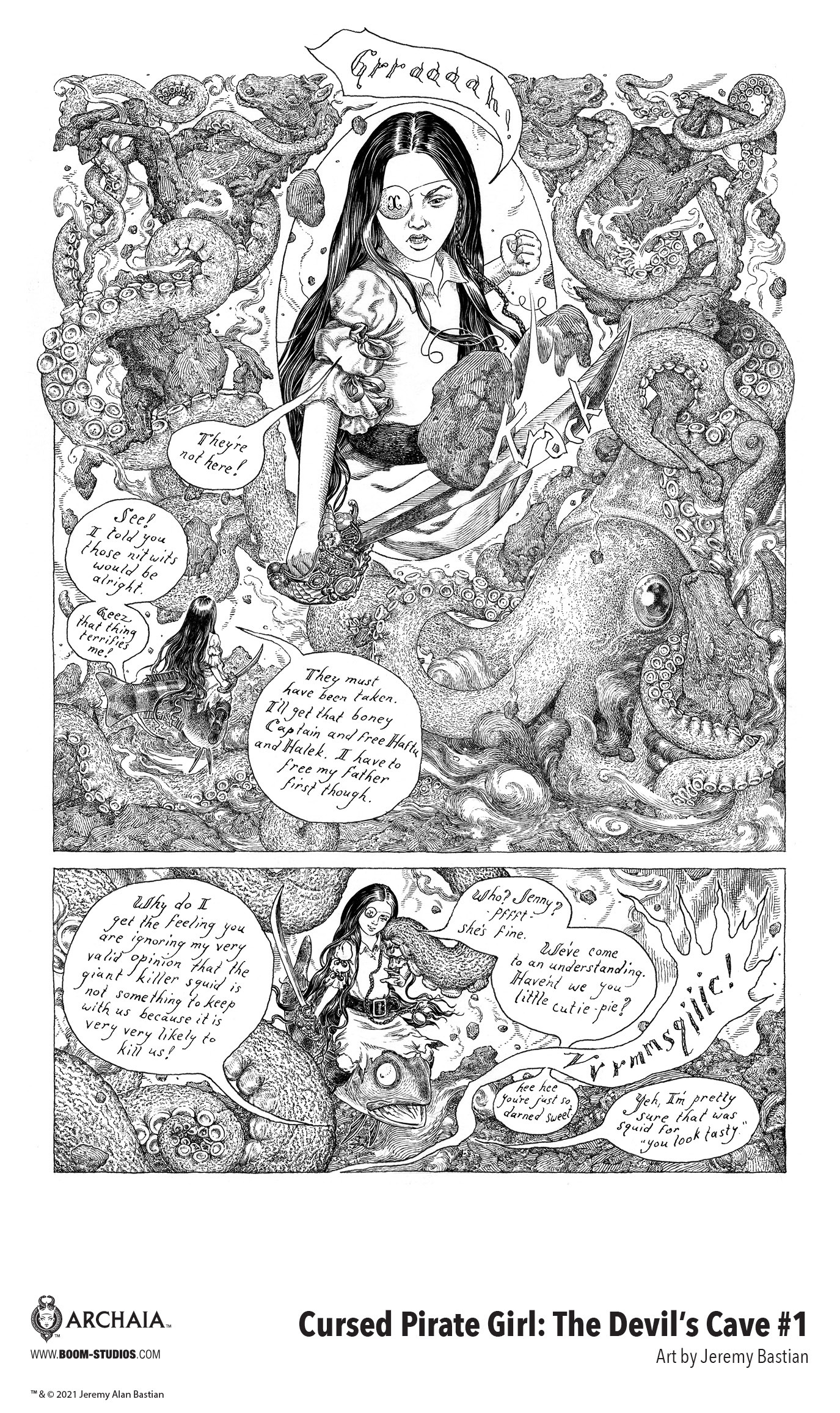 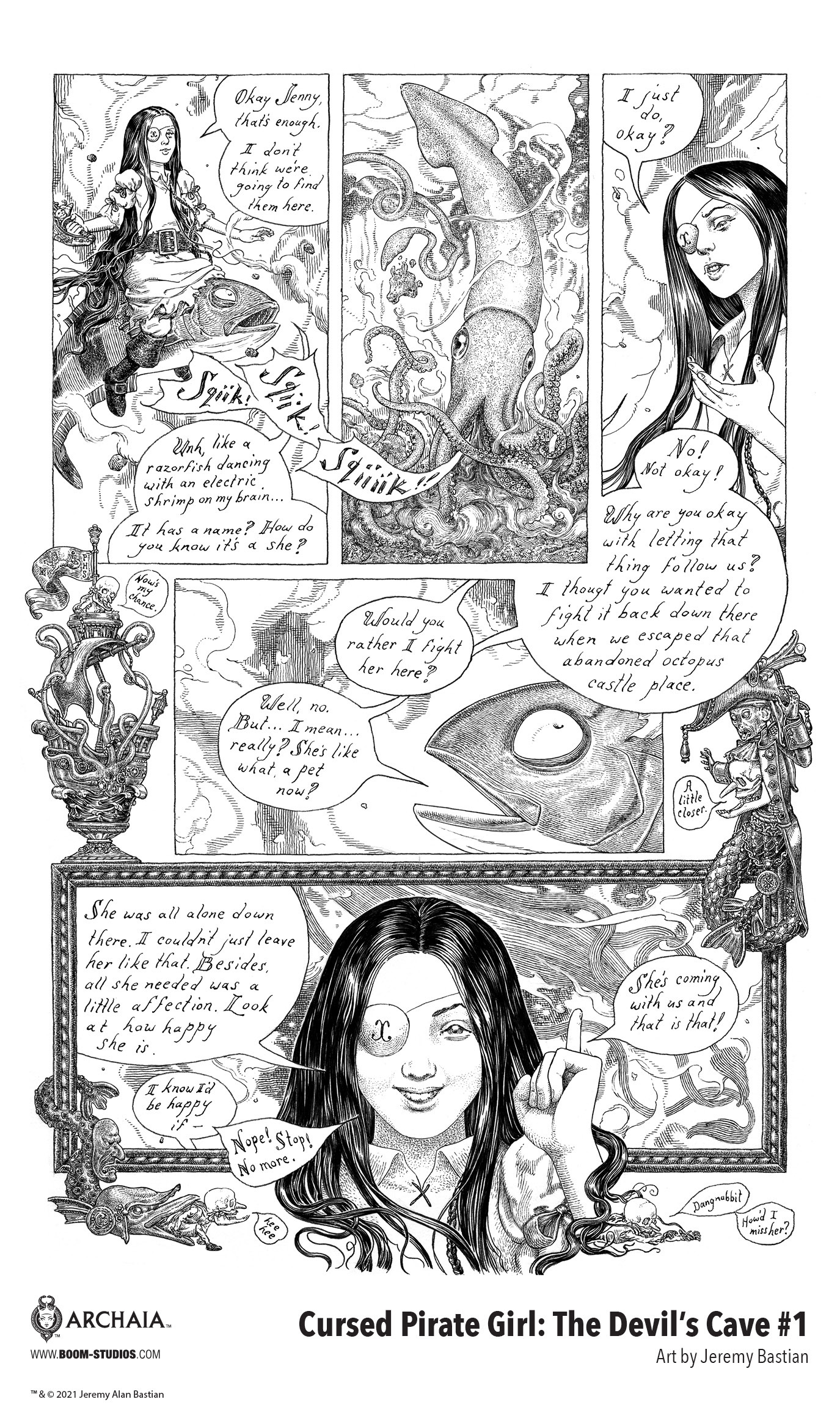 COMIC-CON SPECIAL EDITION: How to Get News Coverage panel