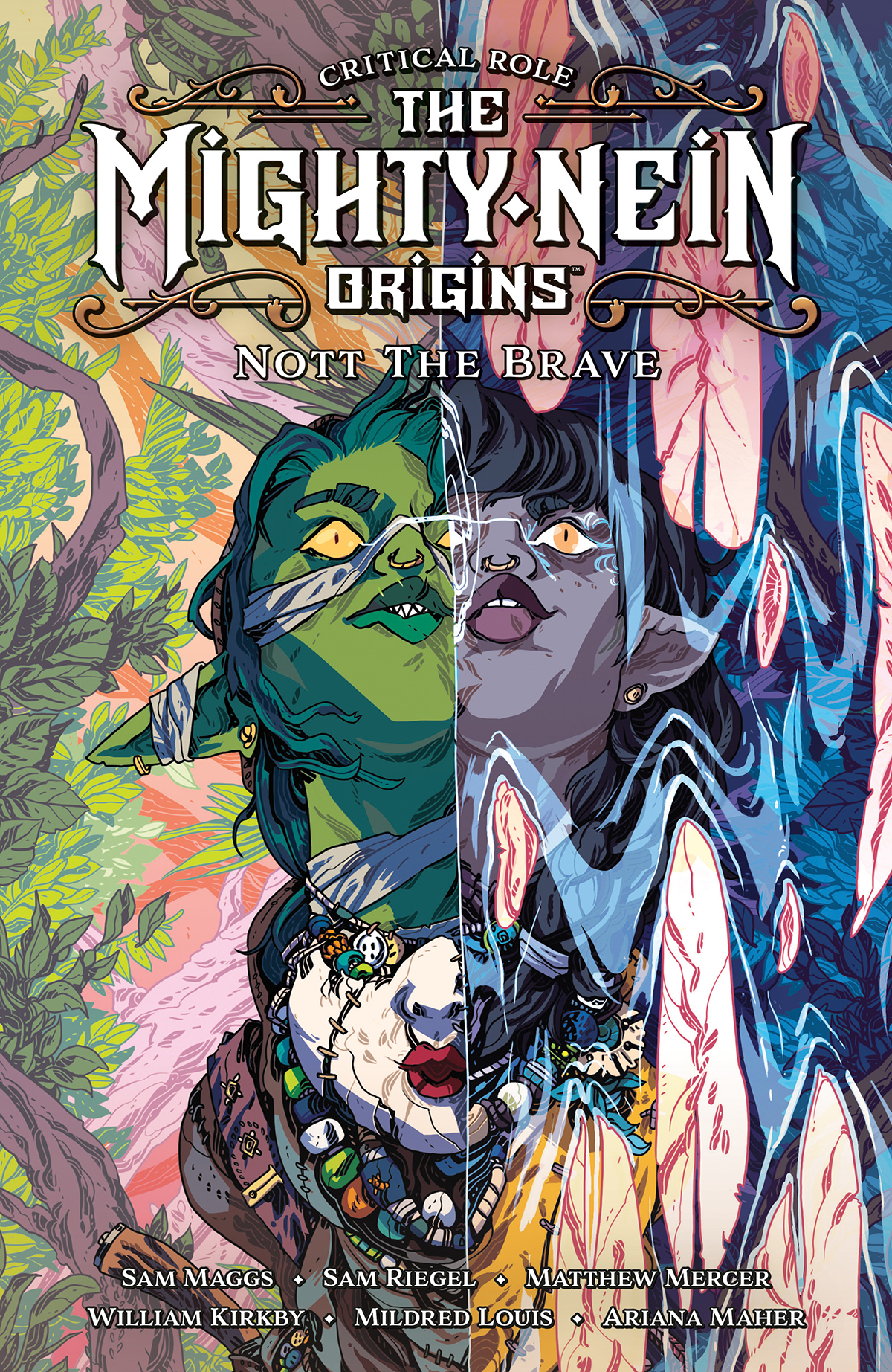 The Mighty Nein from Dark Horse and Critical Role

Veth Brenatto doesn’t have an exciting life, but she likes it that way. Unlike her childhood, it’s safe. Predictable. And her husband and son love her as fiercely as she loves them. But Veth’s cozy existence is turned on its head when she and her family are captured by raiders. In order to save them, Veth will commit an atrocity that will sever her from all that she loves––maybe forever––and lead her to become Nott the Brave of the Mighty Nein.

Critical Role: The Mighty Nein Origins – Nott the Brave graphic novel will be available everywhere books are sold April 6, 2022. It is available for pre-order on Amazon, Barnes & Noble, and at your local comic shop and bookstore.