January 20, Mt. Laurel, NJ: Whether one has holes in their collection or are new to the Dynamite world, they’ll have some treats this April with a set of four major key issues getting reprinted at a near unbeatable price just in time for Free Comic Book Day, including The Boys, Vampirella, and more.

Releasing in April, these four books all celebrate the past, present, and future of Dynamite’s 15 plus years. Ahead of the third season’s debut on Amazon Prime Video, both The Boys #7 and Herogasm #1 will be available. Then flashing back to Dynamite’s earliest comics starring Ash Williams, Army of Darkness vs. Reanimator #1 is included in the rollout. Plus Vampirella/Dracula: Unholy #1 is a perfect opportunity for fans to jump into the ongoing Vampi mythos for just two quarters!

“We’re always looking to bring in new readers to the Dynamite family, into the medium as a whole, and into the stores of our treasured retail partners,” said Nick Barrucci, Dynamite CEO and Publisher. “As fans and collectors ourselves, we know how frustrating it can be to not have easy access to a key issue, or how great it is to find one of these incredible deals. We’re hoping these will be great additions to everyone’s hauls as well as stellar promotional tools for our retailer friends.” 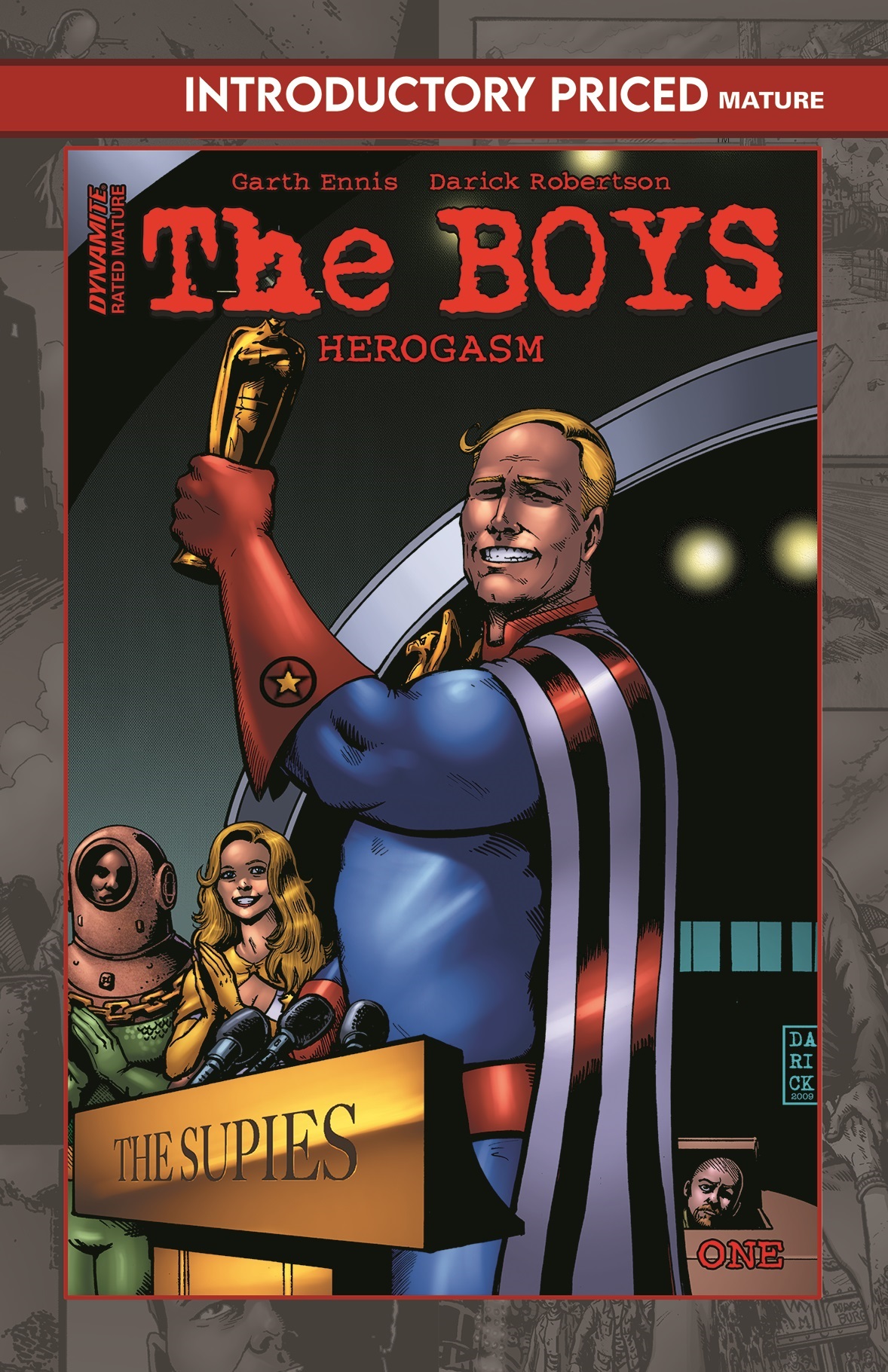 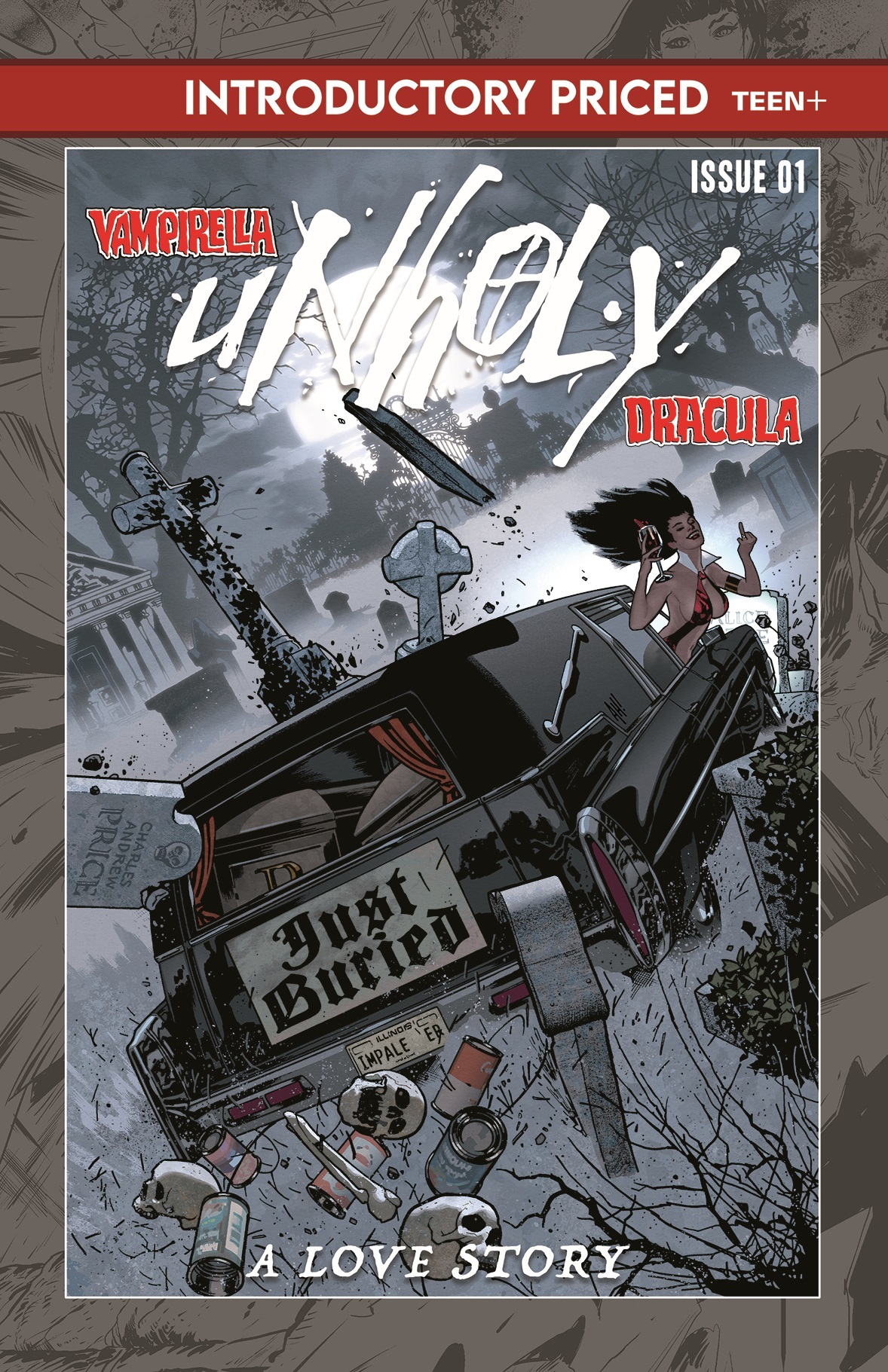 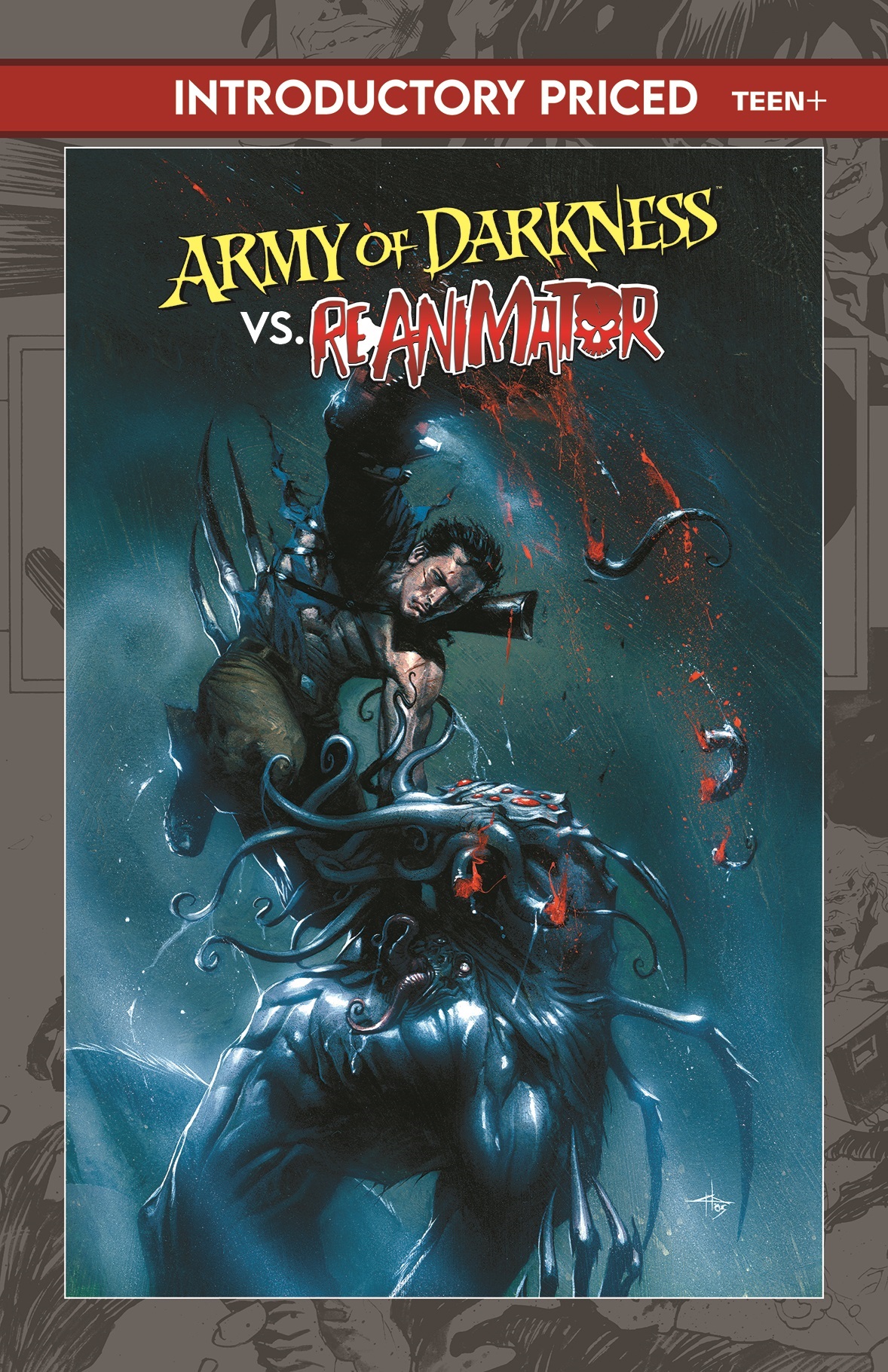 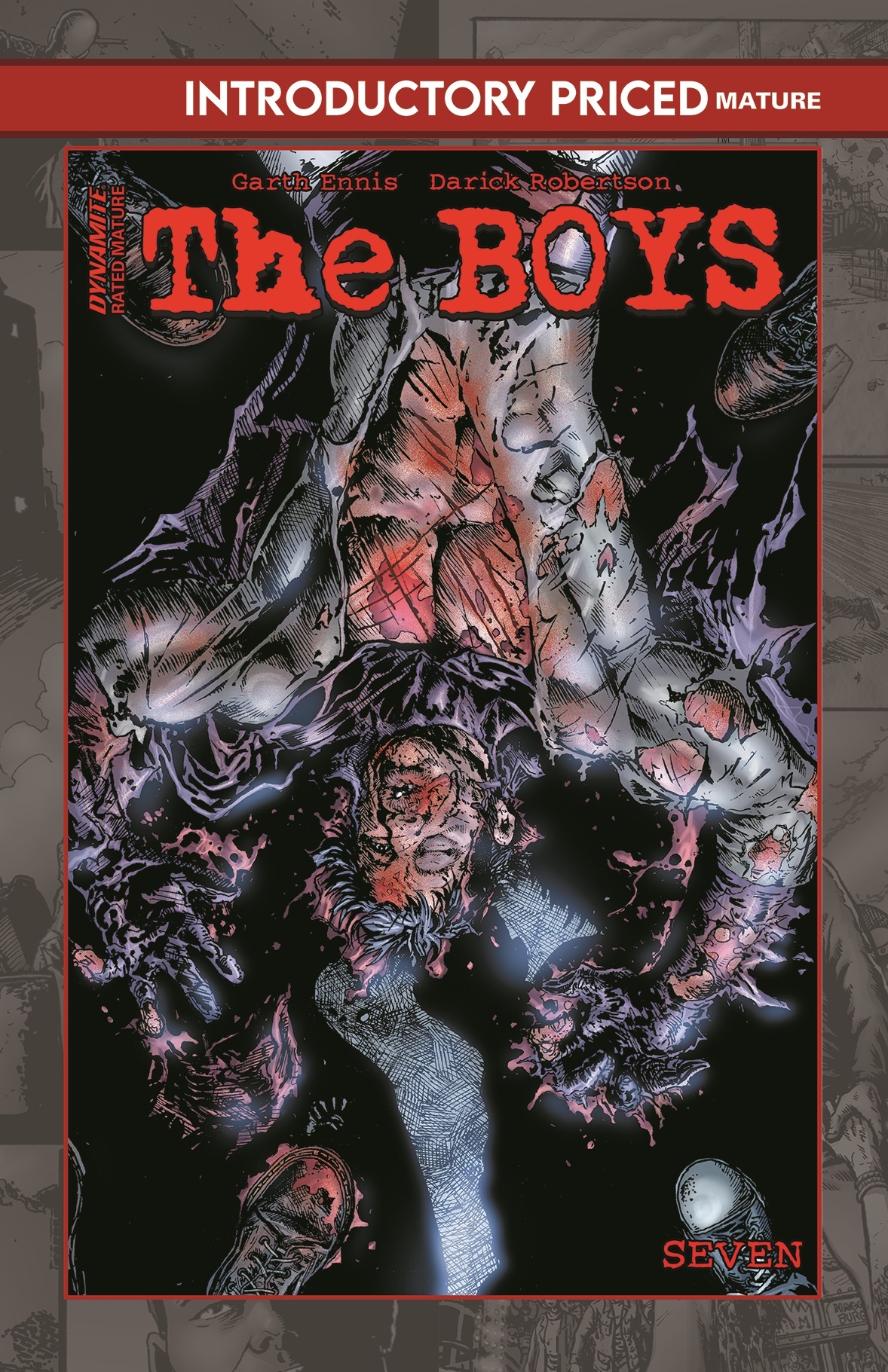 The Boys #7 is one of the biggest keys across all nearly 100 total issues. Following the initial six issues at another publisher and some controversy, Dynamite was proud to pick up the title and allow it free reign, adding it to a legacy of boundary pushing comics. Underneath the classic brutal cover by co-creator Darick Robertson – depicting the reverse POV from the first issue’s iconic visage – is a whopping five major characters making their first appearances. Including the team of Payback, set to appear in season three. Plus The Legend, a mentor figure inspired by the legendary Stan Lee!

Herogasm is the raunchy companion limited series that found the boundaries and punched a hole right through them. Three crucial elements from these 22 pages will find their way into the foundations of the new season. Many fans doubted the show would ever come near this material, but that is exactly what has been confirmed. Not only that, but Soldier-Boy, who first appears here, is set to be one of the biggest introductions to the show. He will be played by beloved actor Jensen Ackles, most known for his role as Dean Winchster on the smash hit Supernatural. Plus, this issue also debuts the new Crimson Countess, who will be portrayed by Laurie Holden. Comics fans will remember her as Andrea on The Walking Dead.

Christopher Priest’s legendary tenure as the creative mastermind of the Vampirella mythos is building on over 40 issues at this point, with even more exciting news to come as well. With this big honeymoon event series hurtling toward its conclusion, Dynamite is offering fans and retailers an affordable way to test out or catch up with the latest arc in the critically acclaimed saga with this rerelease.

Last but certainly not least, Dynamite’s first ever comic book was over 15 years ago and things were kicked off with Army of Darkness. Now to celebrate that continued legacy, reminisce with the diehards, and introduce a new generation to these classic stories, one of the most popular tales of Ash Williams is being reprinted. Taking place right after the first two arcs, writer James Kuhoric and artist Sanford Greene (Bitter Root, Power Man & Iron Fist) collide the horror comedy classic with another cult classic antihero from the mind of HP Lovecraft! For more on the adventures of Ash, readers can check out the affordable paperback omnibus volumes.

Walking away with four incredible comics for only two dollars, that’s a deal that’s hard to beat!