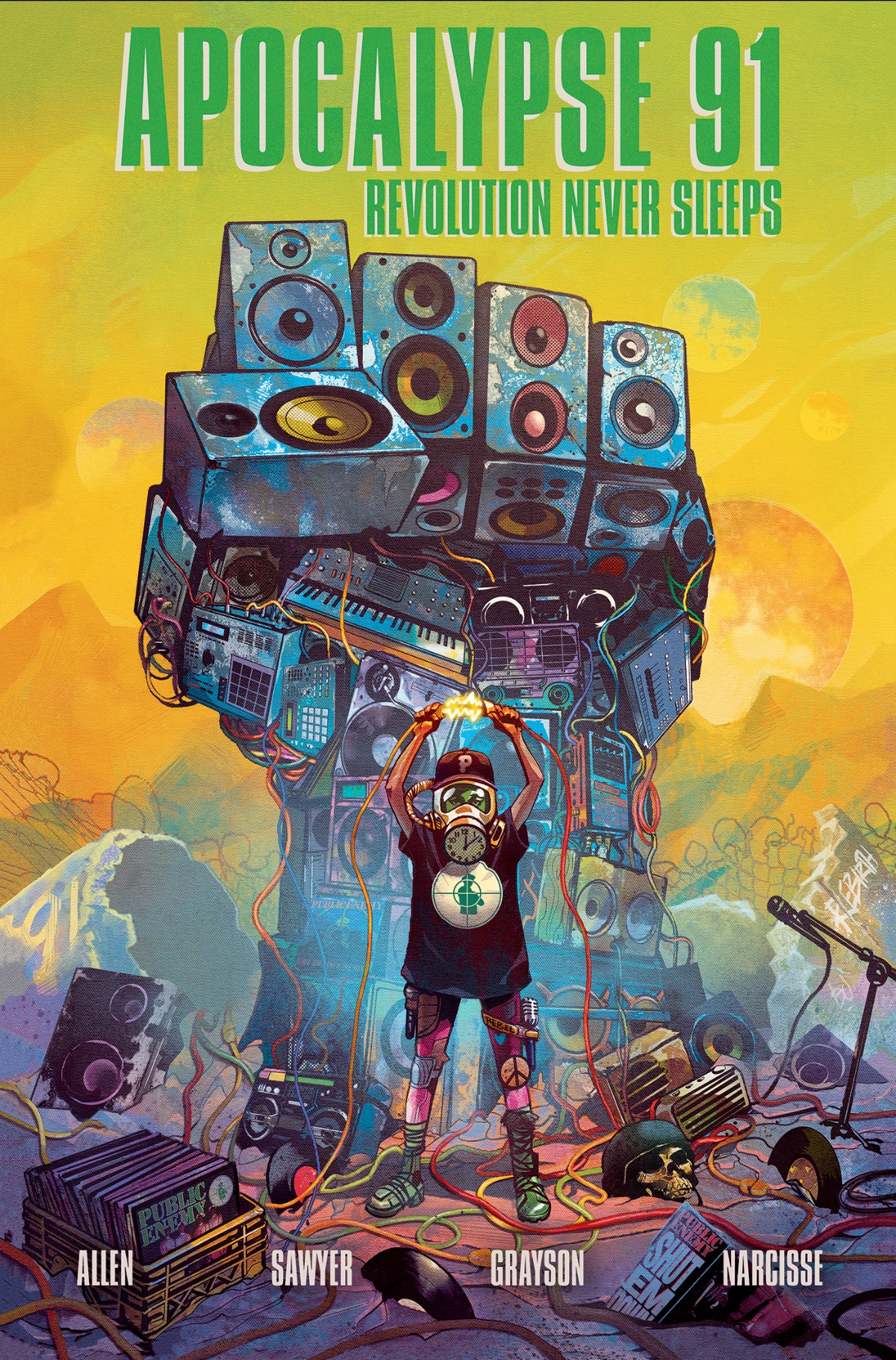 LOS ANGELES, CA (June 18, 2021) – Z2, along with UMe/Def Jam, announces the first-ever graphic novel from hip hop icon Chuck D, Apocalypse 91: The Revolution Never Sleeps, the latest in the publisher’s series of graphic celebrations of music icons which pair some of most notable names in comics with music luminaries from all genres. The book will be available in November, marking the 30th anniversary of the album that inspired it, Apocalypse 91: The Enemy Strikes Black. Nominated for a GRAMMY Award, the album hit #4 on the Billboard 200 chart and featured powerful anthems “Shut ‘Em Down,” “Can’t Truss It” and “By the Time I Get To Arizona,” a fiery retort to the state governor’s refusal to recognize the new Martin Luther King, Jr national holiday.

“For the past few years, and especially during lockdown, I’ve been drawn back to my roots in visual arts,” says Chuck D. “This graphic novel is a new take on the artwork I’ve been making, growing naturally from the paint and pens that express what’s on my mind and reflect what’s happening around us. It was a real honor to have my illustrations alongside the who’s who of comic book artists.” In recent years, Chuck’s visual artwork has appeared in solo and group shows in galleries throughout the world and is part of the permanent collection at The Smithsonian Institution’s National Museum Of African American History And Culture, including his design of the renowned Public Enemy logo. On Friday, he offers his new NFT collection on Foundation, declaring NFTs as “the new canvas” for visual artists. Chuck is a graduate of New York’s Adelphi University with a B.F.A. in Graphic Design.

The poignant and inspired graphic novel inspired by PE’s 1991 album, will be released in the fall of its thirtieth anniversary with multiple editions available to order now direct from Z2 Comics, including limited edition vinyl and prints exclusively available to the deluxe and super deluxe editions. In conjunction, UMe will release a special limited-edition version of this icon LP, originally released in 1991 by Def Jam Recordings.  Standard softcover and hardcover versions available in finer comic, book, and record stores everywhere in November. Preorder your copy today.