Chastity Bites Back in New Series by Leah Williams!

June 20, Mt. Laurel, NJ: She’s a heartbreaker and a slayer! The iconic bad girl Chastity is back in a new limited series in September from Dynamite!

In this all-new entry to the Chaos! universe, Chastity has been kidnapped while auditioning for a prestigious burlesque show. She wakes up surrounded by other young women in chains on a spooky cruise ship. Her captors have made a VERY grave mistake, and they will learn that through Chastity’s grindhouse rampage to free herself and her fellow victims.

Chastity is a young punk rock fan turned vampire. Unfortunately, didn’t have the romantic kind of transformation, so she has made it her mission to hunt and slay her fellow occult beings. All while sporting some fun style and an equally killer attitude.

For this awaited return of Chastity in her own series, a handful of top tier artists are contributing covers. Clayton Crain’s style is perfect for the horror-tinged Chaos! characters, given his work on gritty titles like Venom and X-Force. Dynamite legend Nick Bradshaw (Wolverine & the X-Men, Army of Darkness) returns once again to his alma mater for a cover that heavily inspired Chastity’s latest design. Hot rising star cover artists Catherine Nodet (X-Files) and David Nakayama (Ant-Man & the Wasp, Secret Agent Deadpool) have covers. A special J. Scott Campbell “Carve Out” cover calls back to the start of the Dynamite Chaos! era. To round things out, the master Jay Anacleto (Hercules, Vampirella/Dejah Thoris) will have a cover. 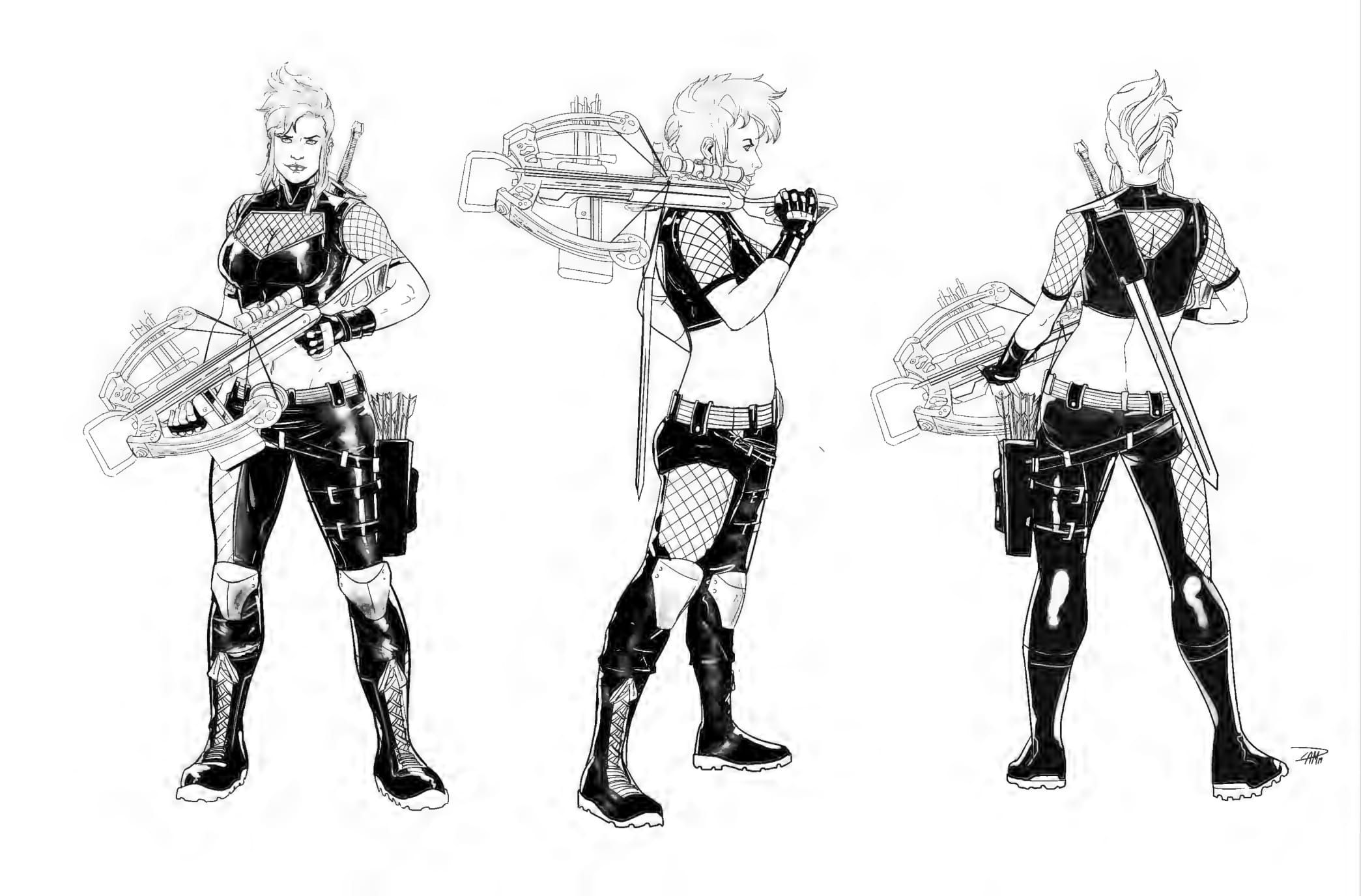 “Chastity’s fascinating. She’s one of western comics’ original hottie bad girls!,” said writer Leah Williams. “Even just from a technical standpoint, she’s an interesting character to work with—she comes with this rich lore and years of history from her original run through Chaos! Comics, and got a fresh start at Dynamite introducing her to new generations of comics fans. She’s a goth-punk half-vampire badass, but there’s also something bombastic and high-energy about her brand of justice in particular—she’s got attitude. This miniseries will be a lot of fun, and Daniel is the perfect artist for delivering a really kinetic and dynamic adventure with her.”

Artist Daniel Maine adds, “This book is a challenge I couldn’t let pass. I’d read Leah’s previous work and was excited to work with her. I’m sure we can provide a new epic chapter in the story of this strong female character!”

“Chastity is someone who very much has a chip on her shoulder, and she doesn’t back down to anyone. At the same time, she’s got a compassionate side which she’s not afraid to show—but she’s also not afraid to stuff it away if she feels the need to rip out someone’s throat,” said editor Matt Idelson. “Seeing her in the hands of Leah and Daniel has been very interesting so far! Leah’s tapping into her own versions of Chastity’s two sides on the writing, and Daniel’s doing beautiful work!”

“The Chaos! characters are some of the most electrifying in comic books and we’re incredibly proud to publish their spine-tingling tales. Chastity, Evil Ernie, Purgatori and the others have a daring flavor to them which is rare today,” said Nick Barrucci, Dynamite CEO and Publisher. “Leah Williams is the perfect voice for this franchise because through her other work and antics with the community and fans, she mirrors many of those Chaos! qualities. Check out Daniel’s turnarounds and you can see the art that will be coming! We’re proud to have these creators helping to kick off the 25th Anniversary and fans are going to love what Leah and Daniel have in store!” 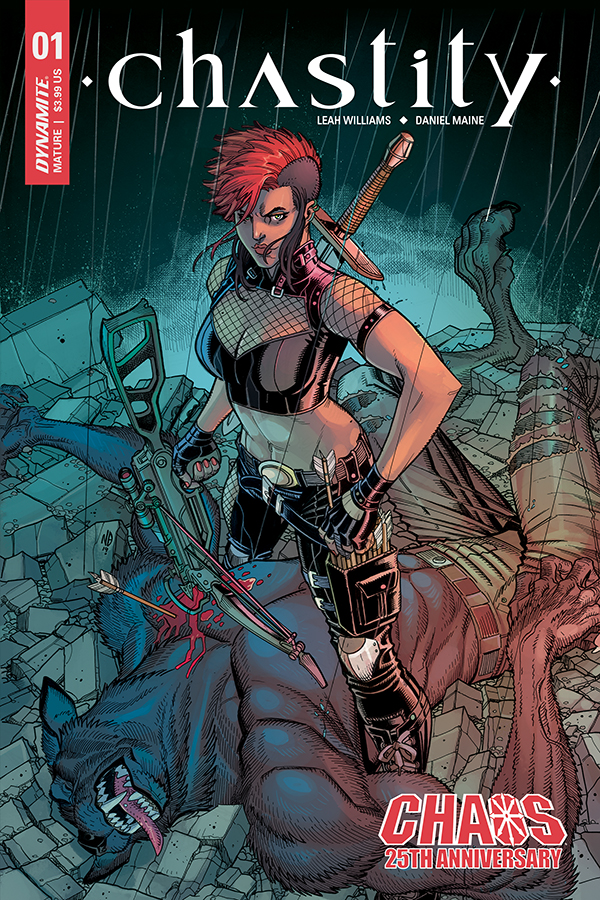 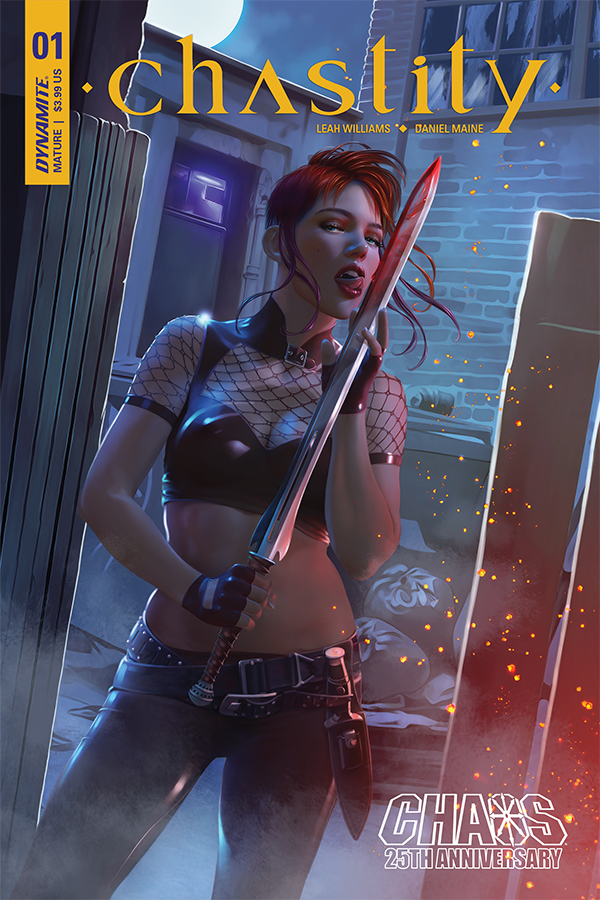 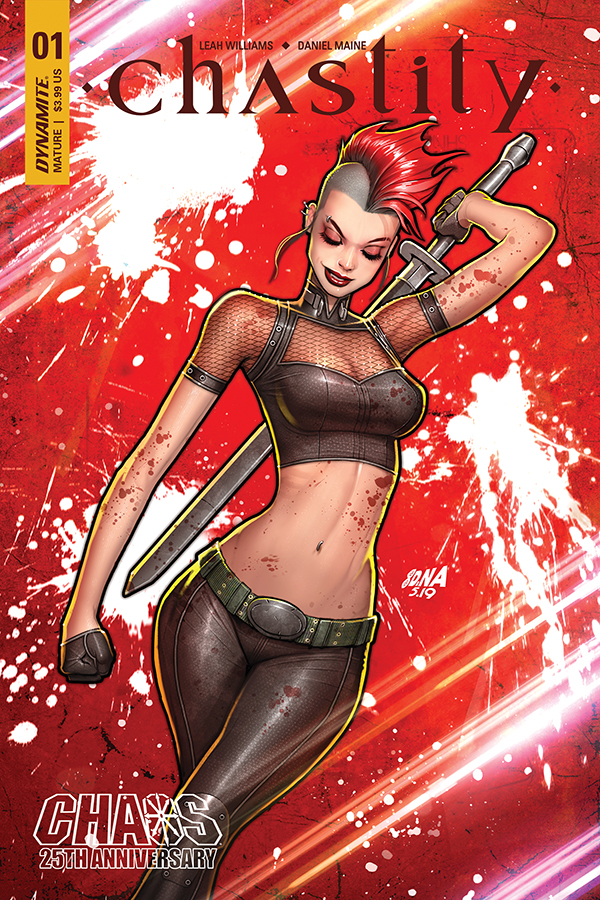 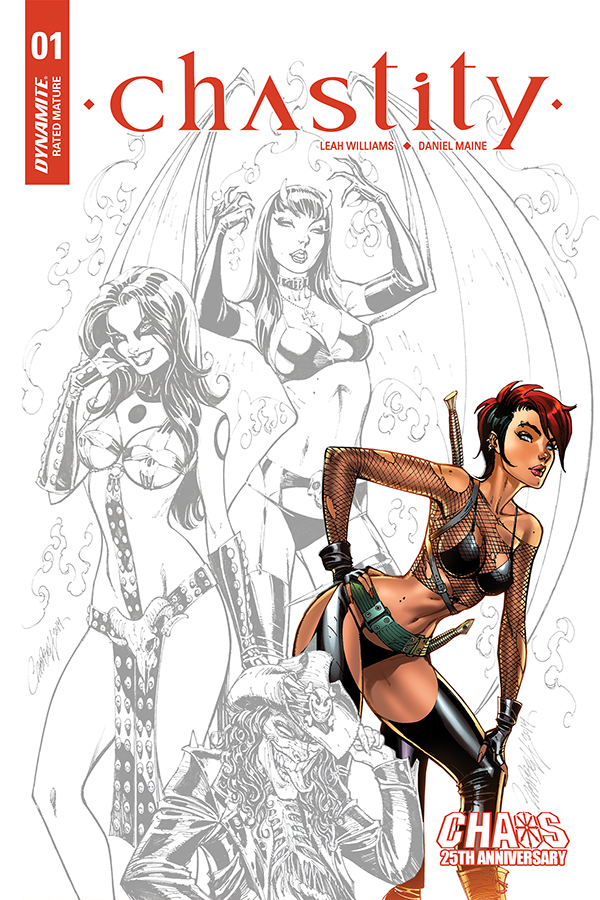 CHASTITY #1 will be solicited in Diamond Comic Distributors’ July 2019 Previews catalog, the premier source of merchandise for the comic book specialty market, and slated for release in September 2019. Comic book fans are encouraged to preorder copies with their local comic book retailers. It will also be available for individual customer purchase through digital platforms courtesy of Comixology, Kindle, iBooks, Google Play, Dynamite Digital, ComicsPlus, and more!