PORTLAND, Ore. 12/10/2020 — Bestselling author Charles Soule (Undiscovered Country, Anyone) and artist Will Sliney (Spider-Man, Star Wars) will combine the immediacy and excitement of Twitch live streaming with the comics creation process, as they create their upcoming Image series Hell to Pay live for fans around the world.
The critically acclaimed Sliney, along with colorist Rachelle Rosenberg (Star Wars,) will take to Twitch live stream to draw and color the pages for Hell to Pay #1—and with Soule joining them to workshop design and story elements, it will be the first Image comic to be created live and in real-time, opening up the process for audiences on every level. Live streams will occur regularly on Sliney‘s Twitch channel as well as Rosenberg’s.

The live streams documenting the creation of the upcoming adventure/fantasy series will showcase Sliney’s technique, give a sneak peek into the comic making craft, and provide fans with an opportunity to order a collectible first printing of the series—months before its official launch in Summer 2021.
Best described as Indiana Jones meets Hellboy, this supernatural story will provide a punch of derring-do and paranormal intrigue. We follow Maia and Sebastian Stone, a married couple working as indentured servants to the mysterious Shrouded College, tasked to use various magical artifacts and abilities to track down and remove from earthly circulation six hundred and sixty-six coins of the currency used in Hell… qurrakh… aka the Devil’s Dollar. Each coin can buy the services of a demon, and they have wreaked havoc across the globe ever since a damned soul escaped Hell centuries ago with a sack of them over his shoulder. Maia and Sebastian are on the cusp of retrieving the last few coins when everything falls apart. Their planned life together, free from their debts to the Shrouded College, suddenly seems very distant indeed, and the world now hangs in the balance.

“Hell to Pay is a combination of a lot of things I love and one thing I don’t: supernatural adventure, treasure hunt stories, and the harsh consequences of late-stage capitalism! I think there’s a lot to say about money—everyone on earth is affected by cash in one way or another. Looking at it through a demonic lens is a fun way to play with the concept,” said Soule. “I’m also so excited to try something new by creating the book live on Twitch. Will and Rachelle are fantastic—this will be like being in a band, performing live every night as we come up with new ideas and implement them right then and there. I can’t wait—especially to do it in front of an audience. Scary? Maybe a little—but I do love a challenge.”

Sliney added: “Comics are always evolving, as are the methods of creating them. I’m excited to be part of doing something genuinely new with this book, opening up the process of drawing the book for people to join us and learn both the craft and how we create the story. It’s an opportunity for people to get to know the characters before they read the book, and to connect with the whole process, which will hopefully make us all enjoy reading it when it comes out even more.”

Hell to Pay #1 will be available at comic book shops in Summer 2021.

Hell to Pay #1 will also be available for purchase across many digital platforms, including Amazon Kindle, Apple Books, comiXology, and Google Play. 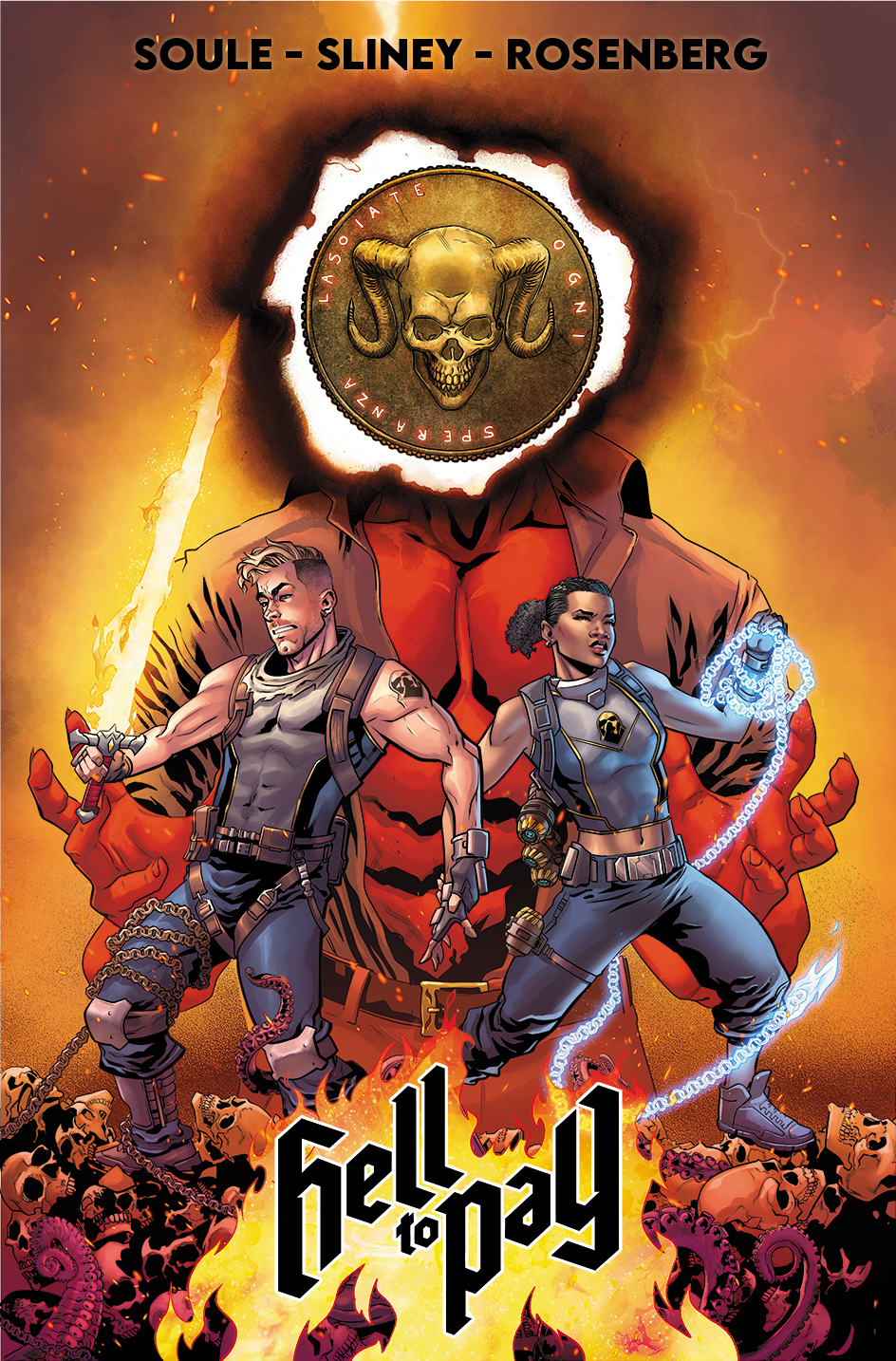