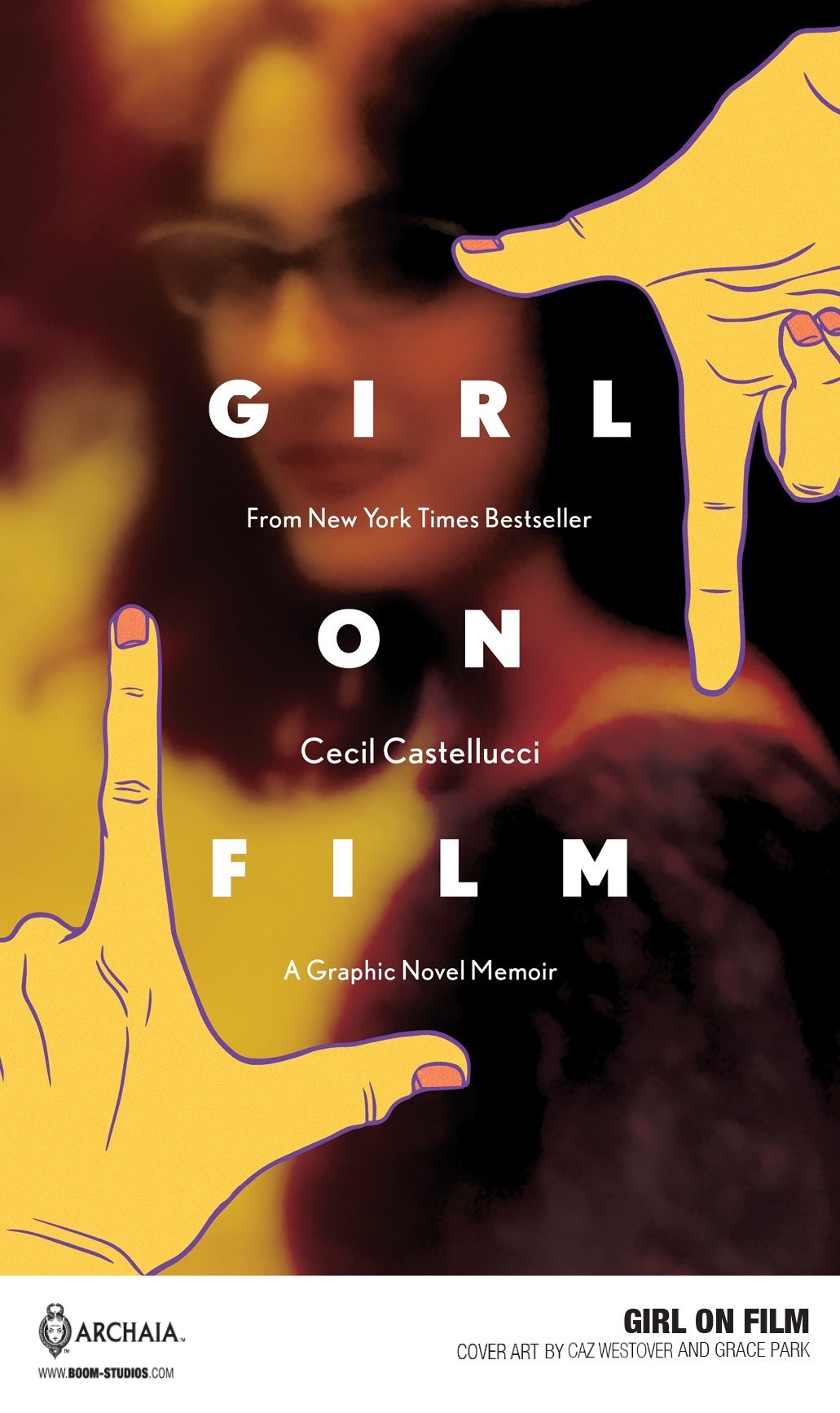 LOS ANGELES, CA (May 1, 2019) – BOOM! Studios today announced GIRL ON FILM, a new original graphic novel memoir from award-winning young adult novelist and Eisner-nominated comic book writer, Cecil Castellucci, illustrated by artists Vicky Leta, Jon Berg, V. Gagnon, and Melissa Duffy, available in November 2019. Based on the true story of her own free-spirited coming-of-age as a young, independent creative who fell in love with the art of storytelling, Cecil’s memoir also depicts the nuanced connection between experience and memory.

In 1977, Star Wars released in theaters nationwide and changed young Cecil Castellucci’s life forever. From that moment on, she knew that she would one day become an artist and storyteller who brought her own imagination to life. Thus began the evolution of the young starstruck fan into an aspiring theater kid (who was childhood friends with Jennifer Aniston and Chaz Bono), a teenage artiste running wild in ‘80s New York, an indie musician in the Montreal punk scene, and finally the acclaimed author and bestselling comic book writer she is today. Along the way, she found that even though nothing ever went according to plan, everything happened the way it should have.

Chronicling the life of award-winning young adult novelist and Eisner-nominated comics scribe Cecil Castellucci, GIRL ON FILM follows a passionate aspiring artist from the youngest age through adulthood to examine the arduous pursuit of making art, while exploring the act of memory and how it reshapes what we think we truly know about ourselves.

Cecil Castellucci is the New York Times bestselling author of books and graphic novels for young adults including Shade the Changing Girl, The Plain Janes, and The Year of the Beasts. In 2015, she co-authored Star Wars Moving Target: A Princess Leia Adventure. Her short stories and short comics have been published in various anthologies and literary journals. In a former life, she was known as Cecil Seaskull in the ‘90s indie band Nerdy Girl. She has written two opera librettos Les Aventures de Madame Merveille (World Premiere in 2010) and Hockey Noir: The Opera (World Premiere 2018). Castellucci is currently writing The Female Furies for DC Comics. She is the former Children’s Correspondence Coordinator for The Rumpus, a two-time MacDowell Fellow, and the founding YA Editor at the LA Review of Books. She lives in Los Angeles.

“When I think about it, I have always been most fascinated with telling stories. At first, I thought I would become the next Steven Spielberg. But turns out that early dream of aspiring filmmaker was just the first in a series of surprising creative aspirations that led me to where I am today,” said writer Cecil Castellucci. “I wanted to trace the path that brought me to this moment in my life but recalling the past is always a tricky thing. You could be remembering something exactly as it happened or looking at it through the lens of hindsight and other lived experiences. So this is me putting together the story of my life, mining my memories and very excited to work with four such talented artists to craft something between memory and fiction about dedicating my life to making art in every form I could in order to fulfil that childhood dream of one day becoming the girl on film, on vinyl, on paper, and preserved in the memories of others forever.”

Vicky Leta is an illustrator and cartoonist from Brooklyn, NY. Leta’s work has been recognized as a finalist in the 2018 Ghost City Comics 5×5 Fest and as a winner of the 2018 Creative Quarterly #53. She is also the creator of the webcomic Generic Lottery, which debuted in 2016.

“I’m absolutely thrilled to work on GIRL ON FILM, where Cecil takes us into New York in the ‘80s through the lens of an aspiring young artist.” said artist Vicky Leta. “Her story is one that certainly relates close to home, so I’m excited and honored to be a part of it!”

Jon Berg is a Canadian illustrator & cartoonist whose children’s book Rosie and Rolland in the Legendary Show-and-Tell was published by Owl Kids in spring 2015. Berg has self-published a number of comics including Blackout, Look After You, and Deveaux. He has also contributed to the Toronto Comics Anthology: Osgoode as Gold, Strange Romance Vol. 3, and Called Into Being: A Celebration of Frankenstein.

“GIRL ON FILM is a unique perspective on the fascinating process of pursuing an artistic life. I’m grateful and excited to be a part of bringing Cecil’s journey to the comic page.” said artist Jon Berg.

V. Gagnon is an illustrator, concept artist, and comic creator whose work often explores urban legends, folklore, history, and horror. They graduated from the Maryland Institute College of Art with a BFA in Illustration and currently reside in Portland, OR.

“We all partake in these unique life-long journeys that shift and change when we look back on them, and there’s so much to learn there.” said artist V. Gagnon. “I’m excited to have the opportunity to work with this great team and bring Cecil’s journey to life!”

Melissa Duffy is an illustrator and comic artist based on the East Coast. She has done work for IDW and featured in many independently published anthologies, as well as self-publishing her own comic, Outward.

“Let’s talk about GIRL ON FILM” said artist Melissa Duffy. “Is the backdrop of a legendary arts high school in 1980’s New York an incredibly cool time and place to be? Yes. Is it an honor to be bringing YA heavyweight Cecil Castellucci’s own memories to new life on the page? Yes. Is this the artistic coming of age memoir that I’m excited for the world to read? YES!”

GIRL ON FILM is the latest release from BOOM! Studios’ ambitious Archaia imprint, home to graphic novels such as Mouse Guard by David Petersen; New World by David Jesus Vignolli; Jane by Aline Brosh McKenna and Ramón Pérez; About Betty’s Boob by Vero Cazot and Julie Rocheleau; Bolivar by Sean Rubin; and licensed series including Lev Grossman’s The Magicians: Alice’s Story by Lilah Sturges and Pius Bak; Jim Henson’s The Power of the Dark Crystal and Jim Henson’s Labyrinth: Coronation.

“GIRL ON FILM is Cecil’s love letter to her young artistic self and to all the other creatives who want to leave their mark on the world. With her as a guide, we get to explore a slice of New York City preserved in her memory and follow her wondrous journey as it twists and turns, culminating into the vision of an artist who’s done it all.” said Sierra Hahn, Executive Editor, BOOM! Studios. “And as if the details about growing up in the heart of Times Square, avoiding Cher, and skipping over Keith Haring chalk drawings aren’t compelling enough, you’ll find photographic evidence of her childhood right next to the amazing illustrations of artists Vicky Leta, Jon Berg, V. Gagnon, and Melissa Duffy.”

Print copies of GIRL ON FILM will be available for sale November 13, 2019 at local comic book shops (use comicshoplocator.com to find the nearest one), on November 19, 2019 at bookstores, or at the BOOM! Studios webstore. Digital copies can be purchased from content providers, including comiXology, iBooks, Google Play, and the BOOM! Studios app.

For continuing news on GIRL ON FILM and more from BOOM!, stay tuned to www.boom-studios.com and follow @boomstudios on Twitter. 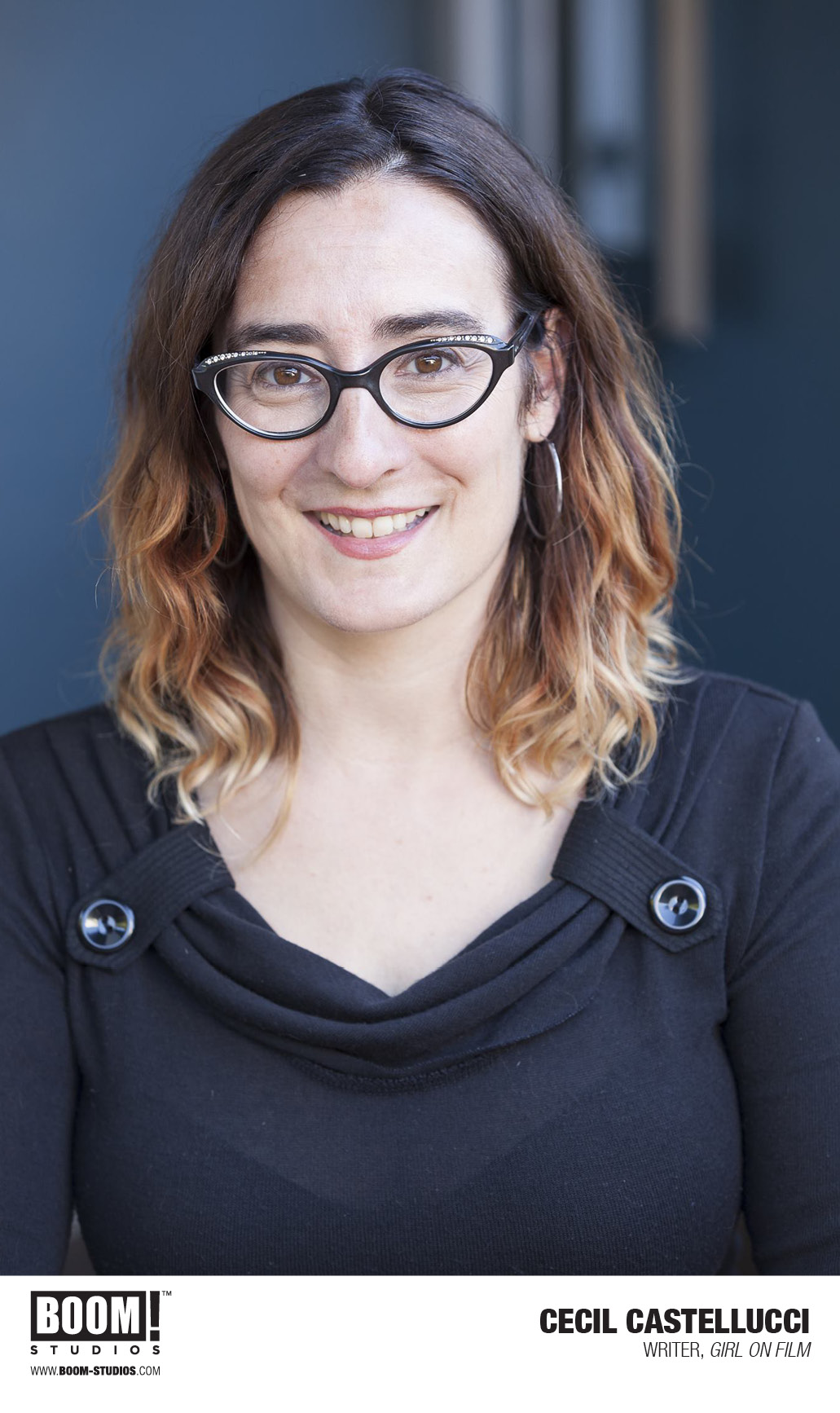 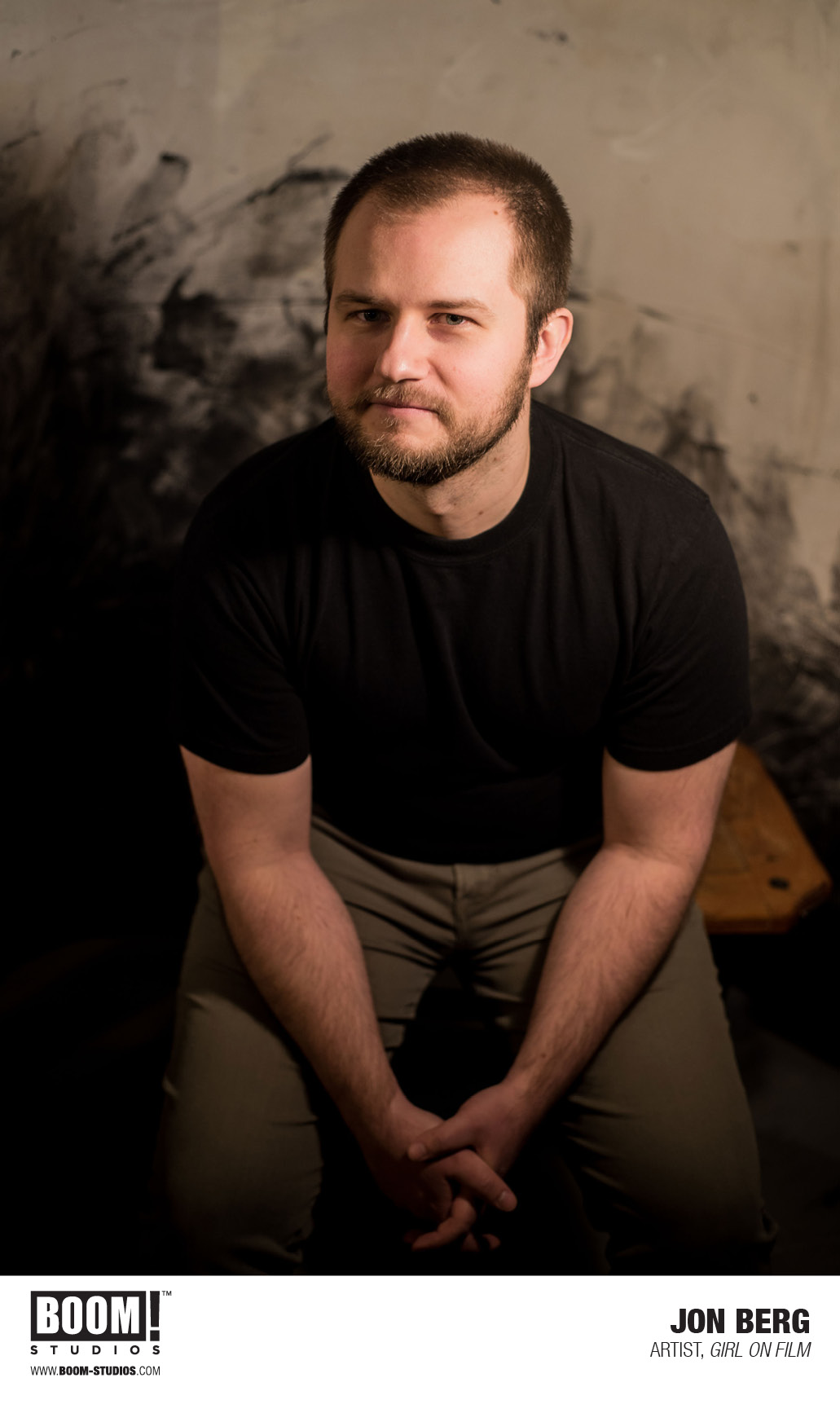 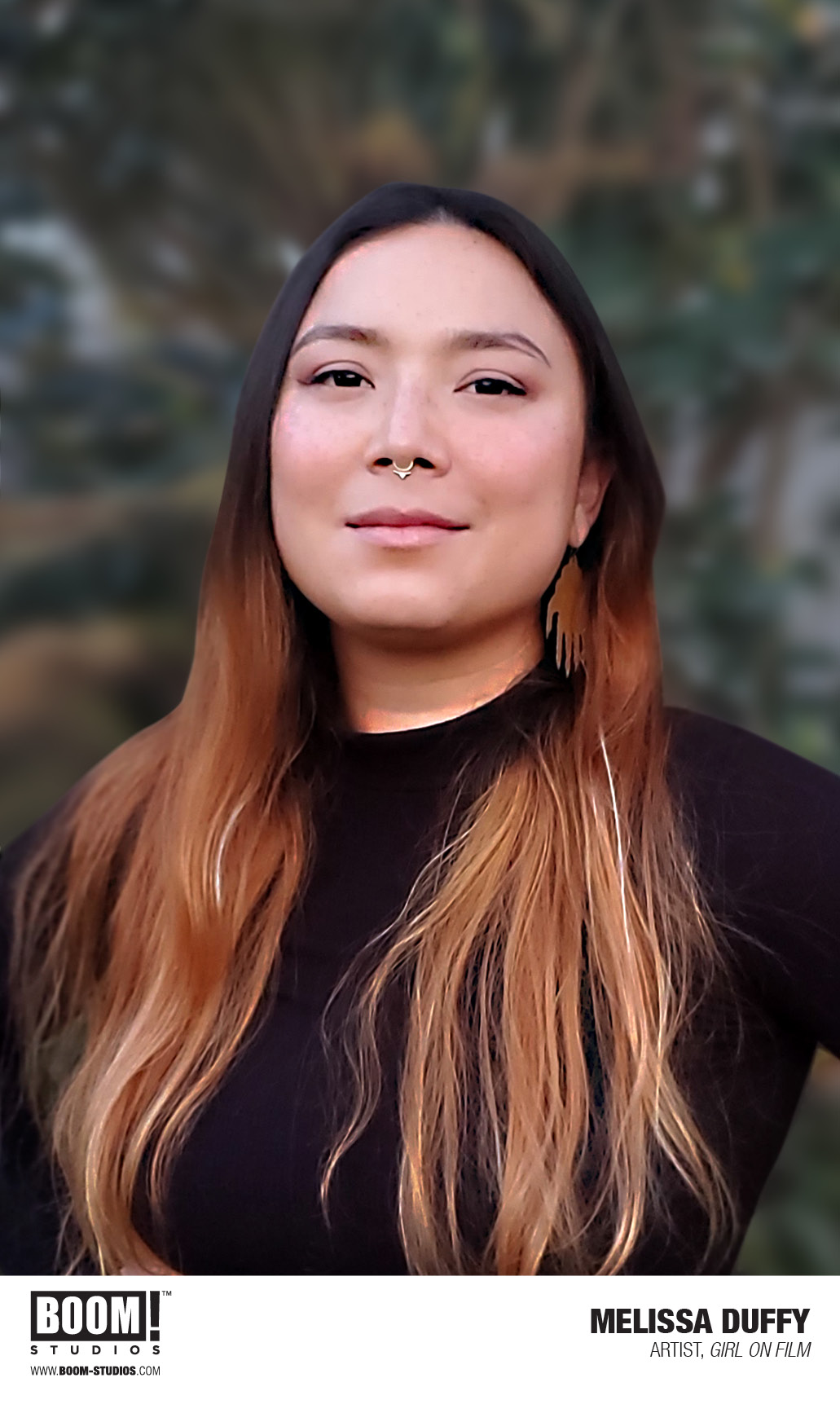 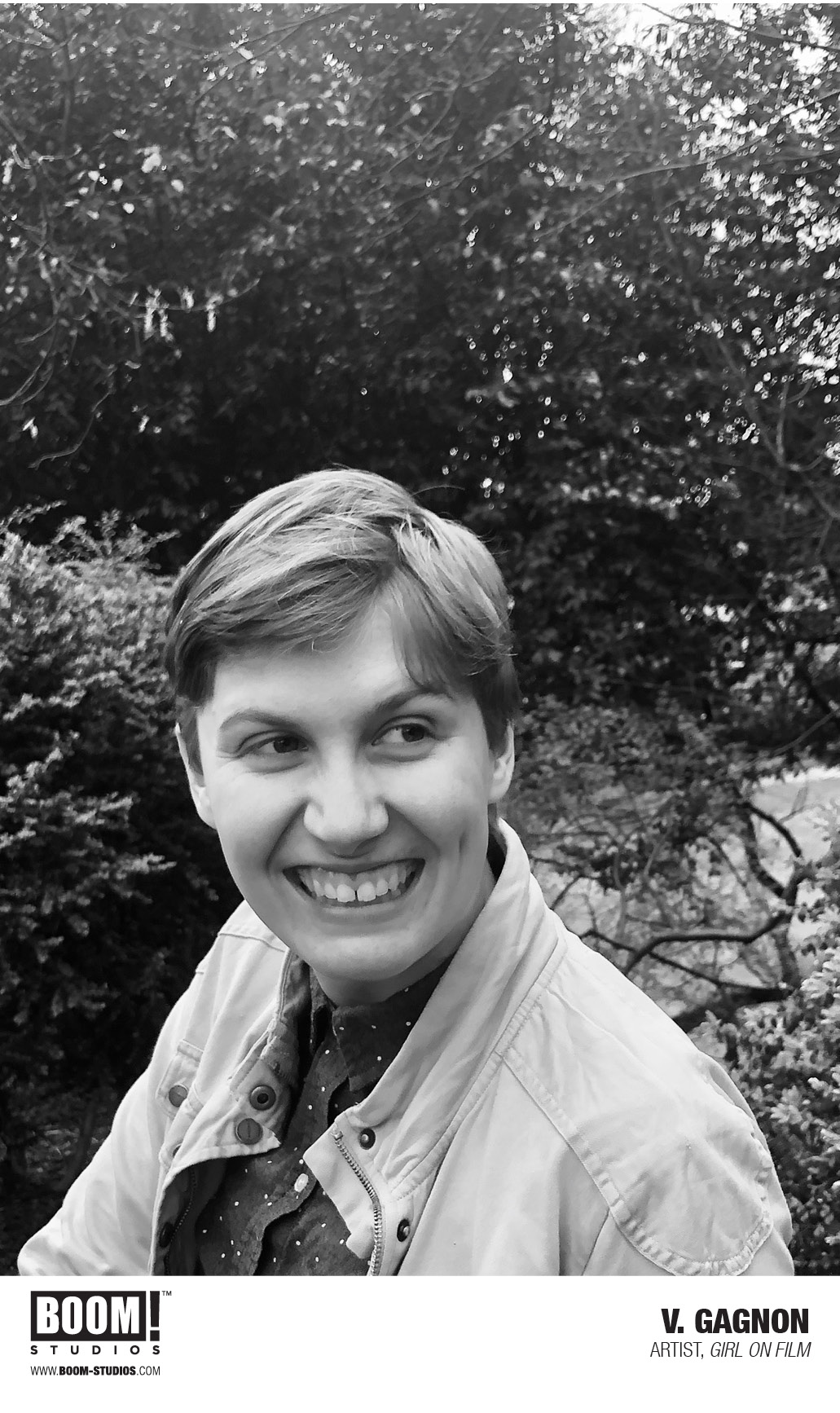 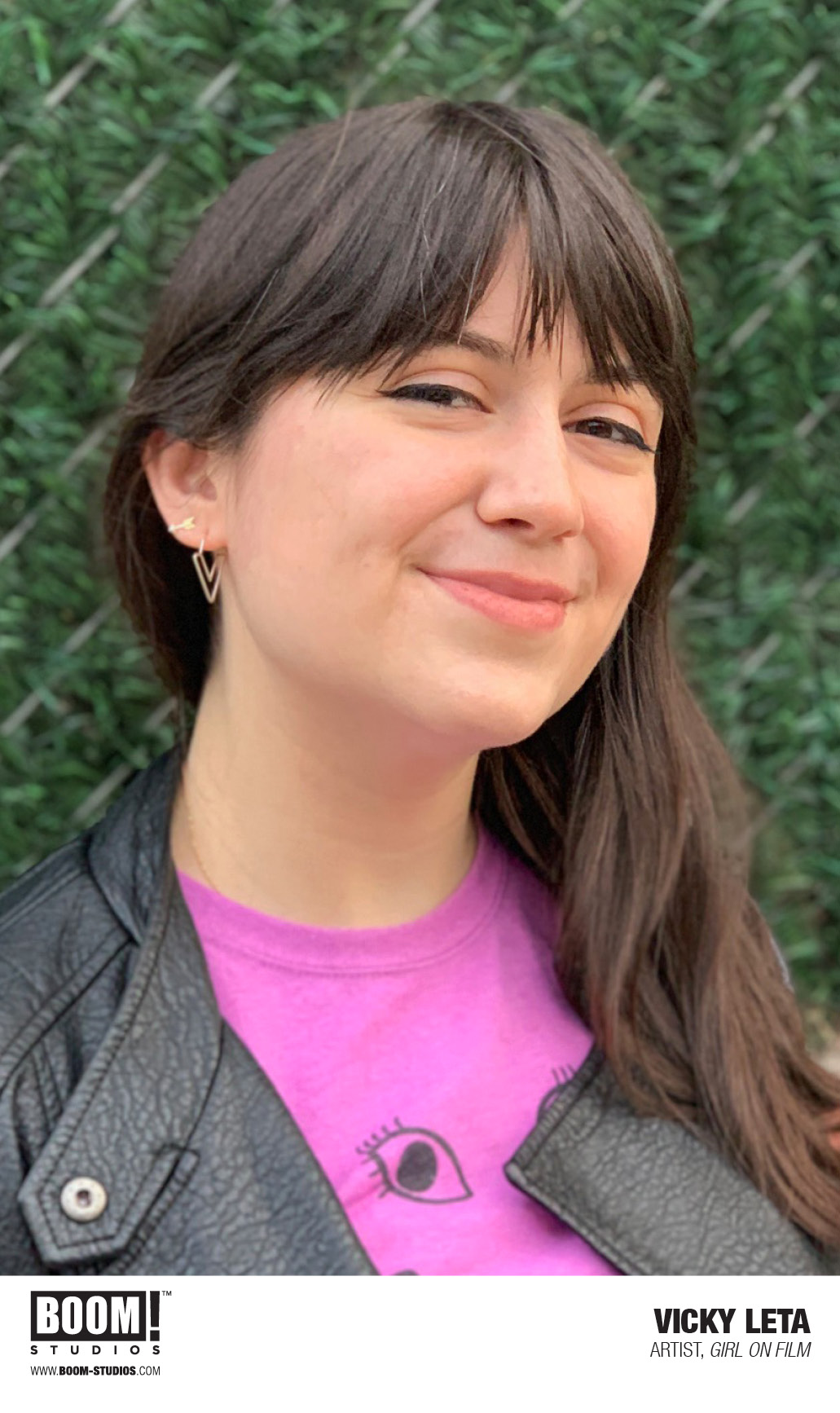