Amryl Dark is coming to Kickstarter in July and launched Cavewoman: Metal Age, which is a story standalone yet coming forth after Cavewoman: Razor’s Run. This was a crossover with the legendary Razor-character. You can expect more on Razor (with other characters like Morbid Angel, Tommi Gunn, Poizon, Embrace, and Stryke) later, but for now artist Andrew Mangum is focussing on Cavewoman: Metal Age!

The Story:
“Our fearless Cavewoman was first warned by Razor of an impending threat to everything in existence back in Cavewoman: Razor’s Run. A threat by the name of Malevolence, The Mother of Demons and she who rules over the realm of Limbo, the space between all worlds. Her power is growing and soon it will require every capable warrior across time, including our Cavewoman, to band together to stop her when the time comes. Is that time now?”

Ever since that fateful meeting, Meriem has been haunted by nightmares of the horrors to come. Until one day, while on her morning hunt through the jungle, she comes across some demon minions of Malevolence intruding upon her lands thanks to a portal torn between her world and Limbo. With the threat now at her doorstep, she decides to take the fight to them and crosses over into Limbo, the realm beyond all. There she faces unspeakable evil, vile demon creatures, and human sacrifice! There will be blood, sweat, and of course, METAL! Join us for the Metal Age. It’ll be one hell of an adventure! “

The action-packed Cavewoman: Metal Age is a brand new, full color 2-issue series and the first official title launched under the new Amryl Dark banner. This first Kickstarter will launch the first issue of the series, and the second issue will follow shortly thereafter in a follow up campaign. Both issues are completely finished and lettered, so as soon as issue one is printed and fulfilled, we will get underway with the follow up Kickstarter for the exciting conclusion!

Covers by Andrew Mangum, Budd Root, Bill Maus, and rising indie star Izik Bell, you can now find it here on Kickstarter, where it was funded in less a day! https://www.kickstarter.com/projects/amryldark/cavewoman-metal-age-1-comic-from-amryl-dark-entertainment

Metal Age was set to solicit through Diamond for a standard release to all comic stores this summer, but due to COVID-19 that was all derailed and Amryl needed to look into alternative avenues to get the product out to fans. The team ultimately decided that Kickstarter will be the best bet to get the books out! 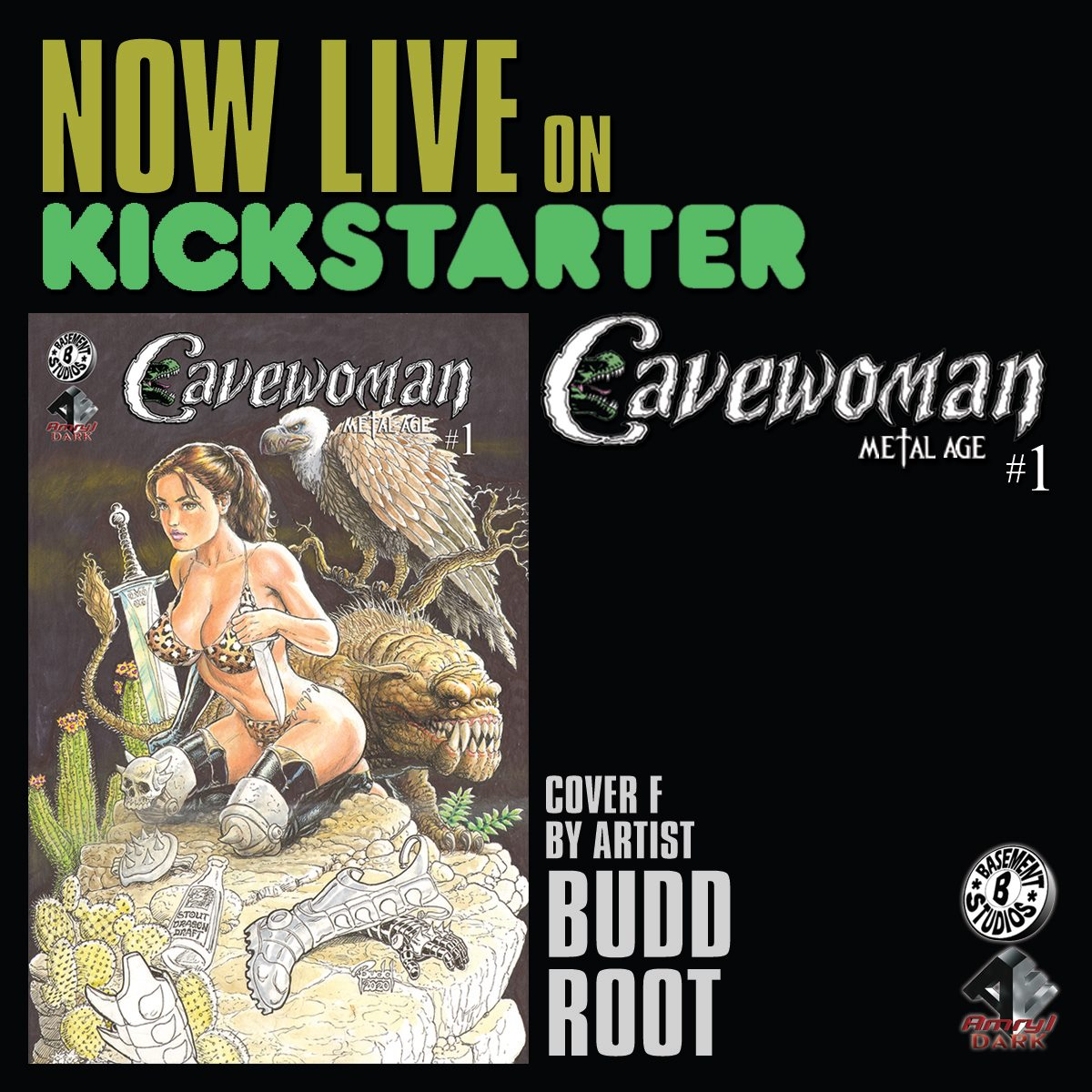 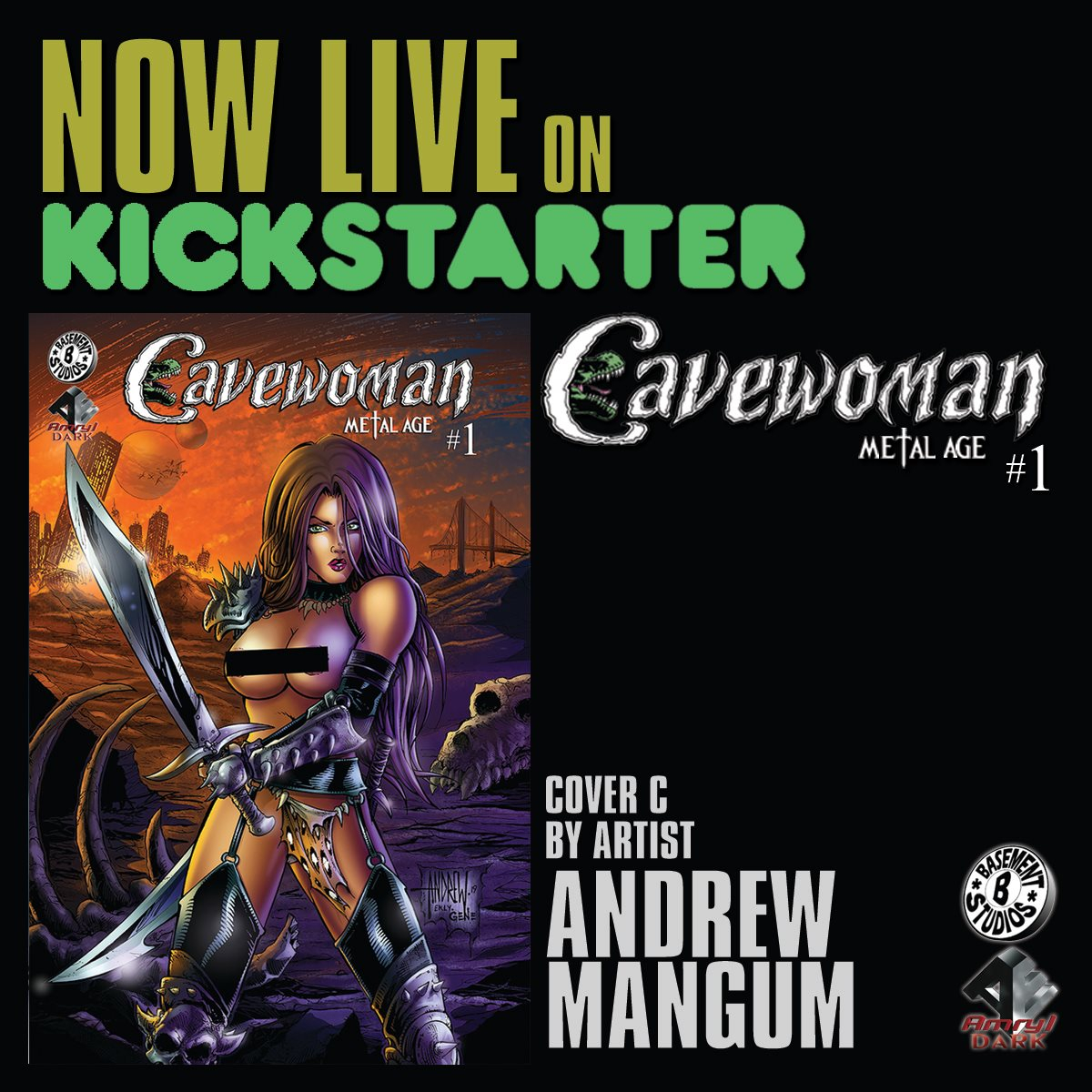 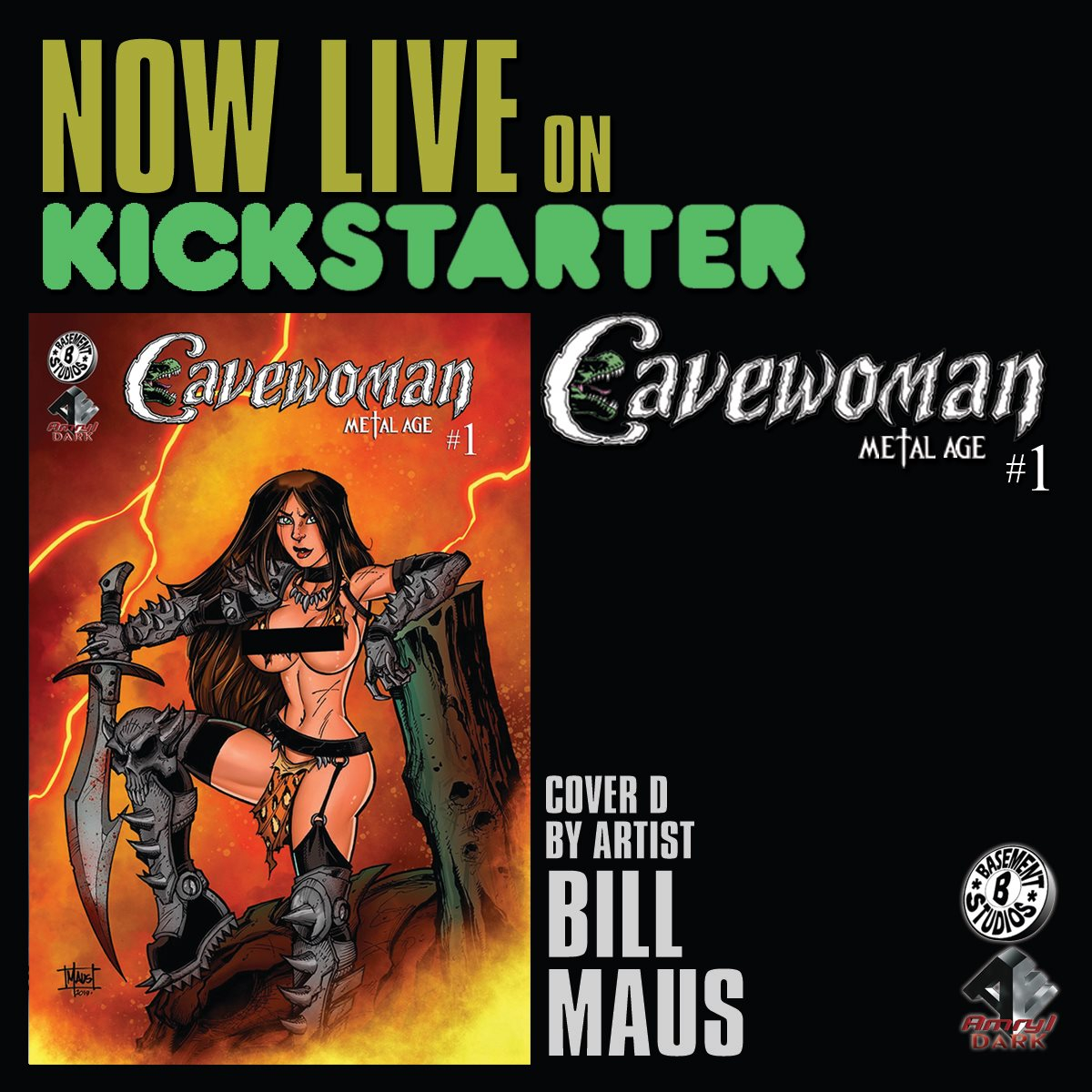 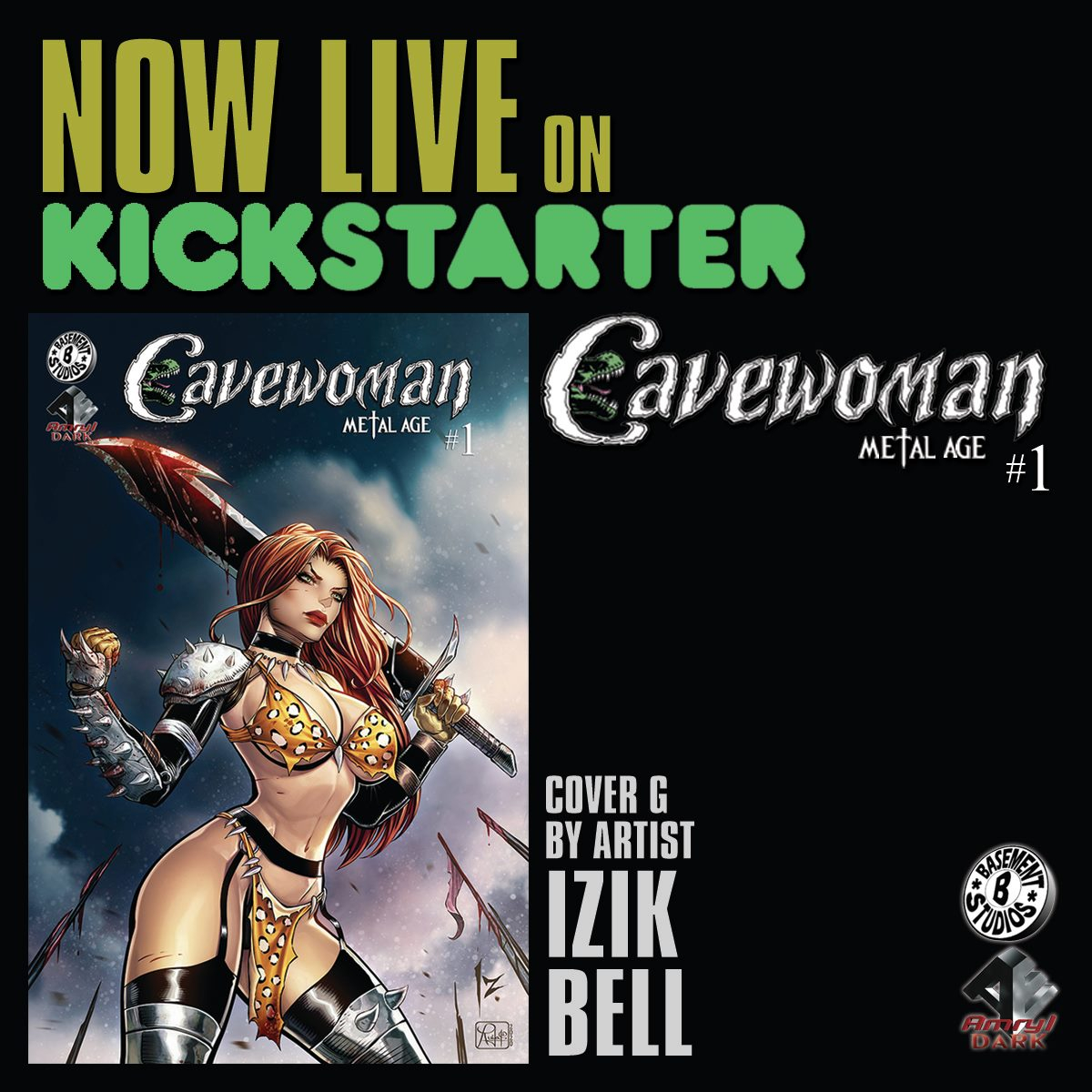 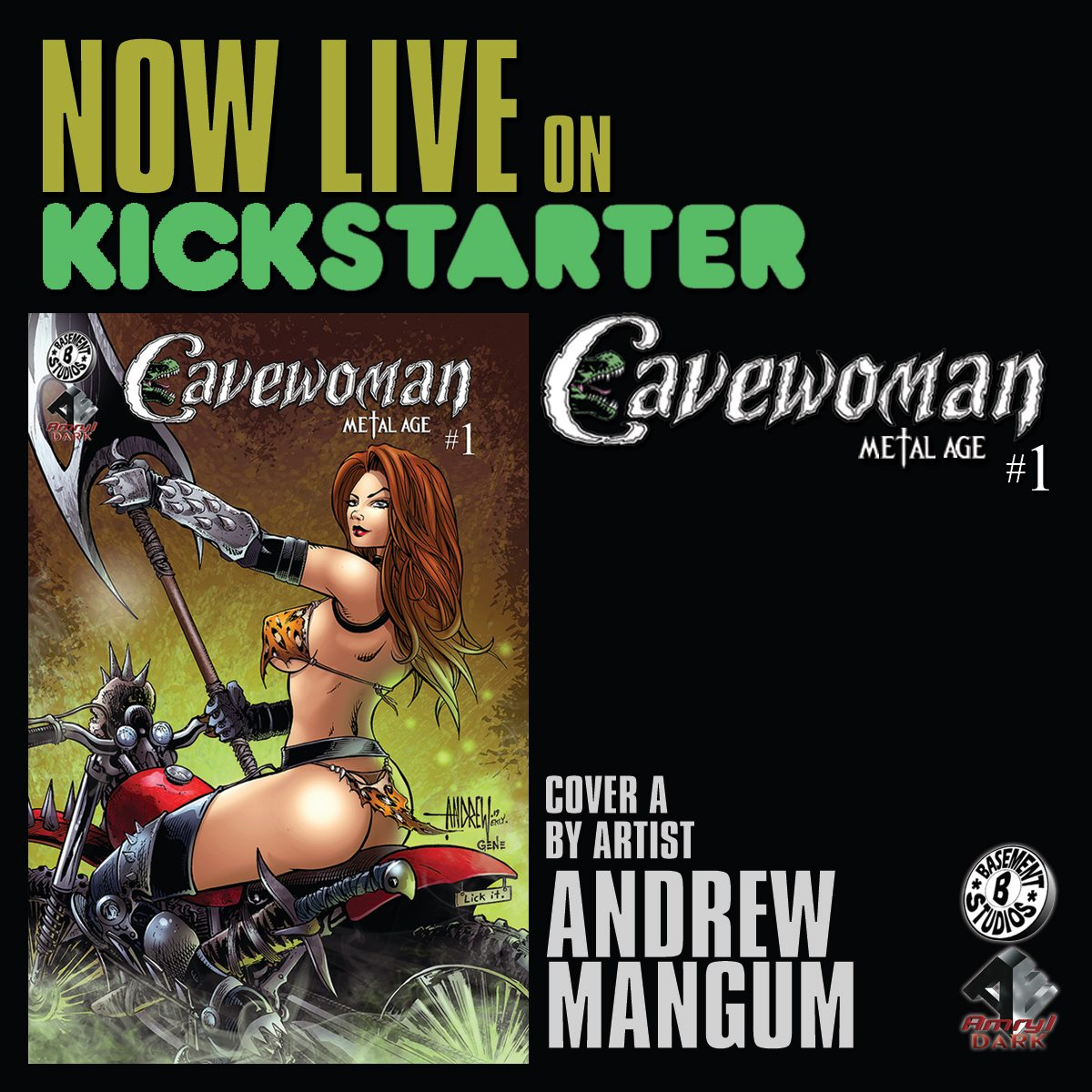 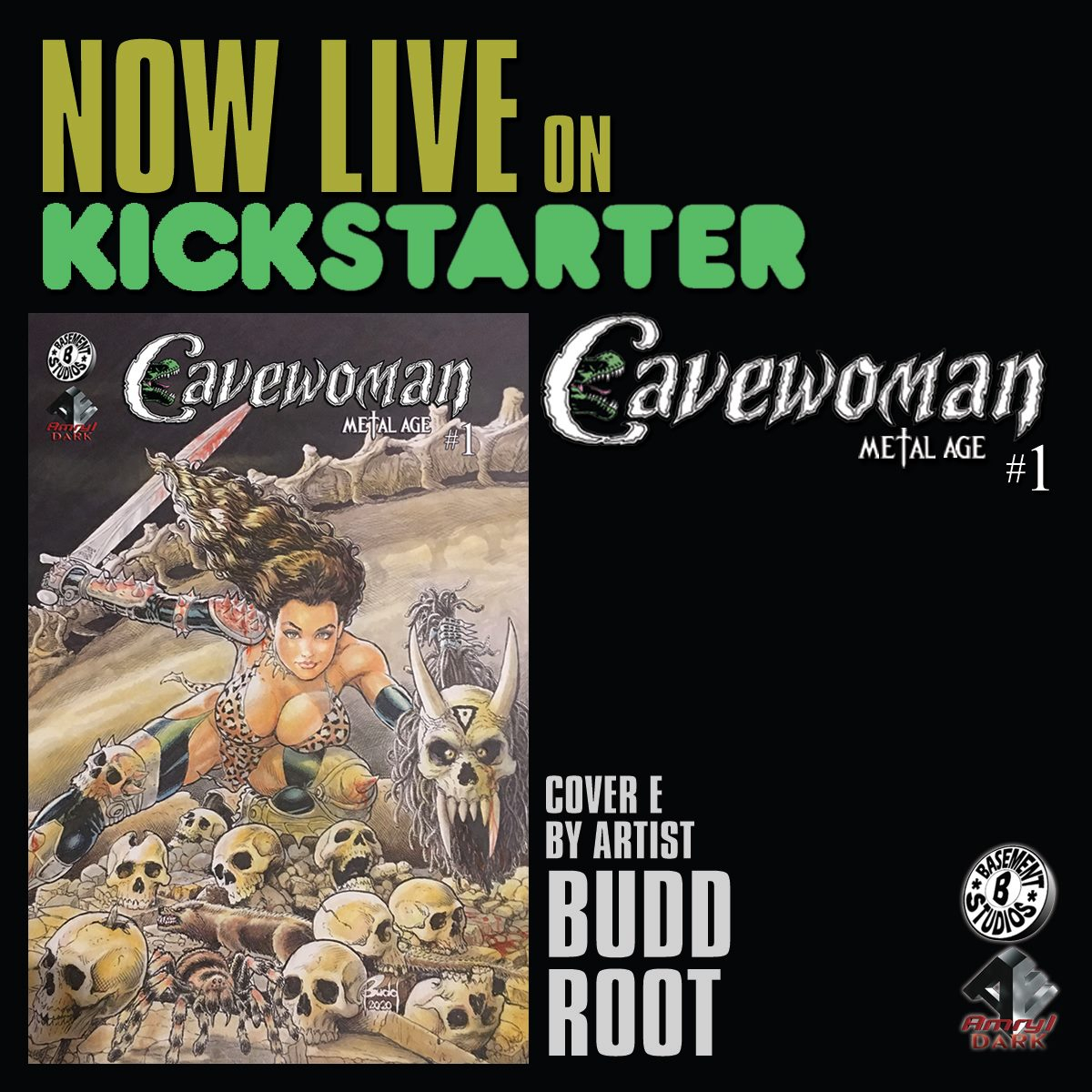