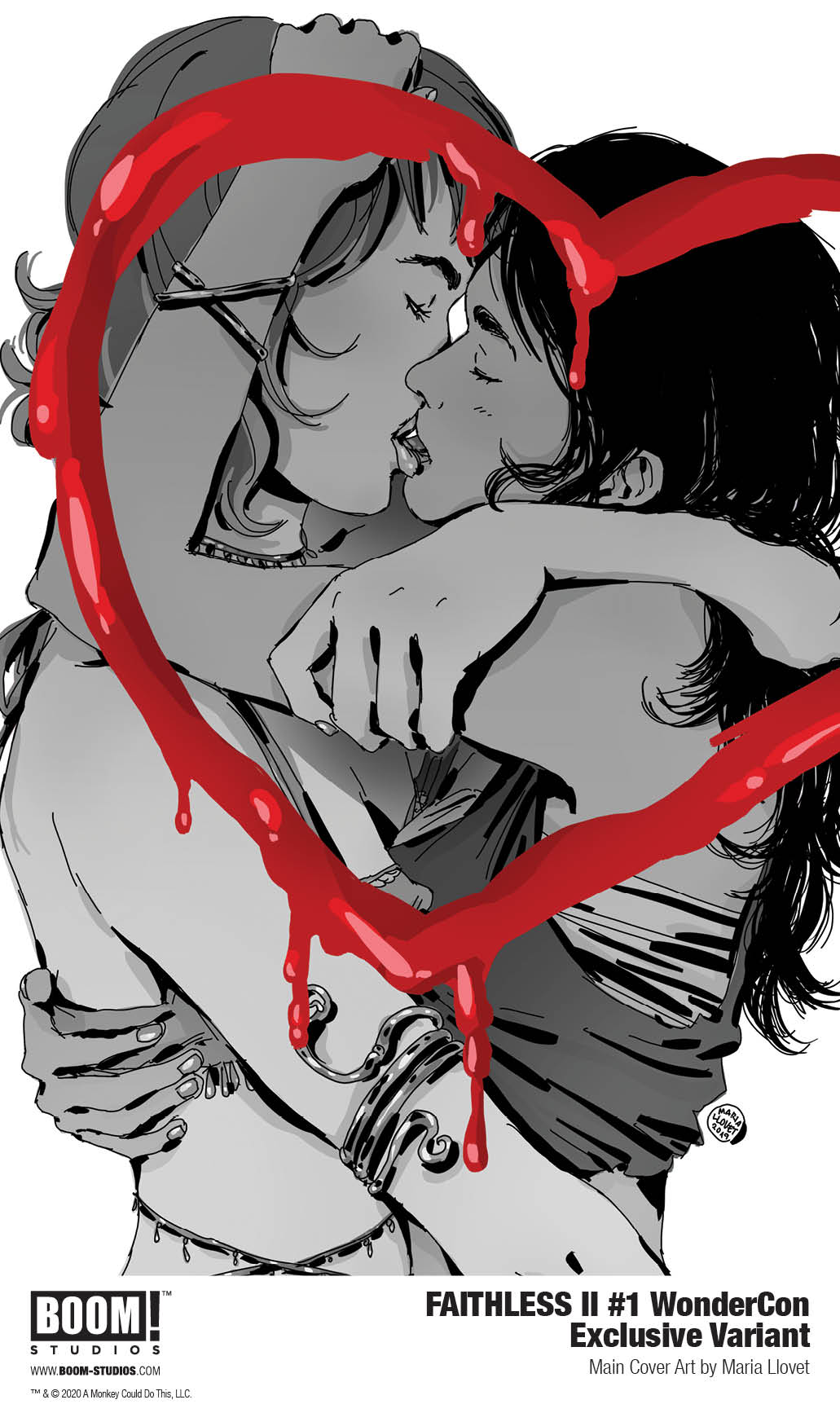 Please note that FAITHLESS II #1 high-end limited edition variant will retail for $100 per copy and be limited to one per customer.

“Fans of Faithless are in luck because not only do they have a chance to meet creator Brian Azzarello, but they can also be the first in the world to experience FAITHLESS II #1 with a high-end limited edition debut at WonderCon Anaheim,” said Filip Sablik, President, Publishing & Marketing, BOOM! Studios. “If reading a signed copy of Faithless II #1 two weeks earlier than everyone else isn’t the definition of an exclusive convention experience, what is?!”

FAITHLESS II is the newest release from BOOM! Studios’ eponymous imprint, home to critically acclaimed original series, including Once & Future by Kieron Gillen and Dan Mora; Something is Killing the Children by James Tynion IV and Werther Dell’Edera;  Abbott by Saladin Ahmed and Sami Kivelä; Bury the Lede by Gaby Dunn and Claire Roe; Klaus by Grant Morrison and Dan Mora; Folklords by Matt Kindt and Matt Smith; The Red Mother by Jeremy Haun and Danny Luckert; and the upcoming Alienated by Simon Spurrier and Chris Wildgoose and King of Nowhere by W. Maxwell Prince and Tyler Jenkins.