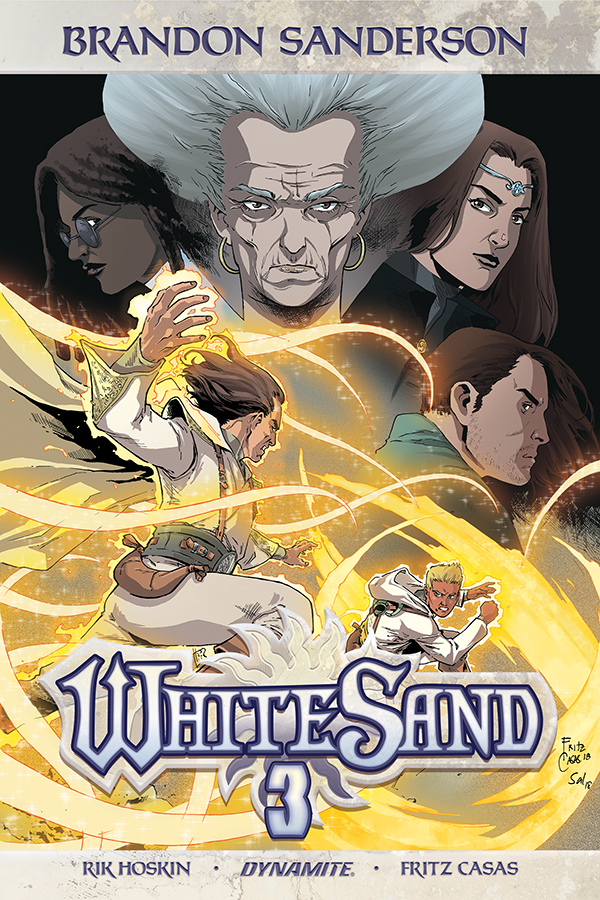 On the planet of Taldain, legendary Sand Masters harness magic-like abilities to manipulate sand in wondrous ways. Following hushed conspiracy and slaughter, one still stands – the hero Kenton! Through previous volumes Kenton has come across allies and foes, honed his abilities and unearthed hidden secrets among the action and political intrigue. In this climactic chapter, Kenton must mine his willpower and abilities to survive and finally discover the truth.

“It has been a pleasure working with Dynamite and a highlight of my career to see one of my stories told so well in this medium,” said writer and creator Brandon Sanderson. “Rik’s great adaptation blended with Fritz’s artistic vision bring the White Sand trilogy to an epic conclusion.”

“White Sand has been a part of my life for about five years now, so I’m excited to reach the final volume in this phase of the story. It’s been a pleasure working with Brandon Sanderson and everyone else involved on these graphic novels,” said writer Rik Hoskin. “Brandon has a knack for creating memorable characters who inhabit fascinating worlds full of magic and unexpected dangers. Sanderson fans will especially enjoy a certain cameo that I know people have been waiting for. All the questions are answered here, but in typical Sanderson style, you’re left wanting to know what’s next for this amazing world.”

“Three volumes in and this series keeps growing artistically, especially bursting this time around with the addition of Fritz Casas. Rik remains the bedrock of this world, contributing so much more than just a killer script,” said Joe Rybandt, Dynamite Executive Editor. “Fantasy and worldbuilding at its best.”

The 160-page hardcover Original Graphic Novel will also be available signed by Brandon Sanderson himself. 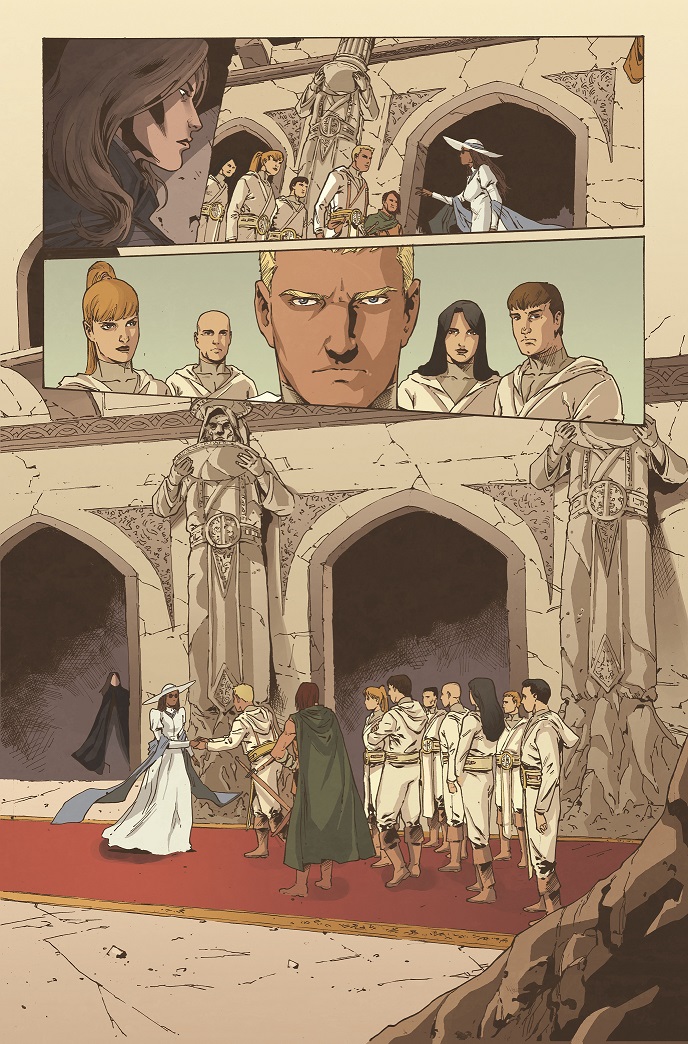 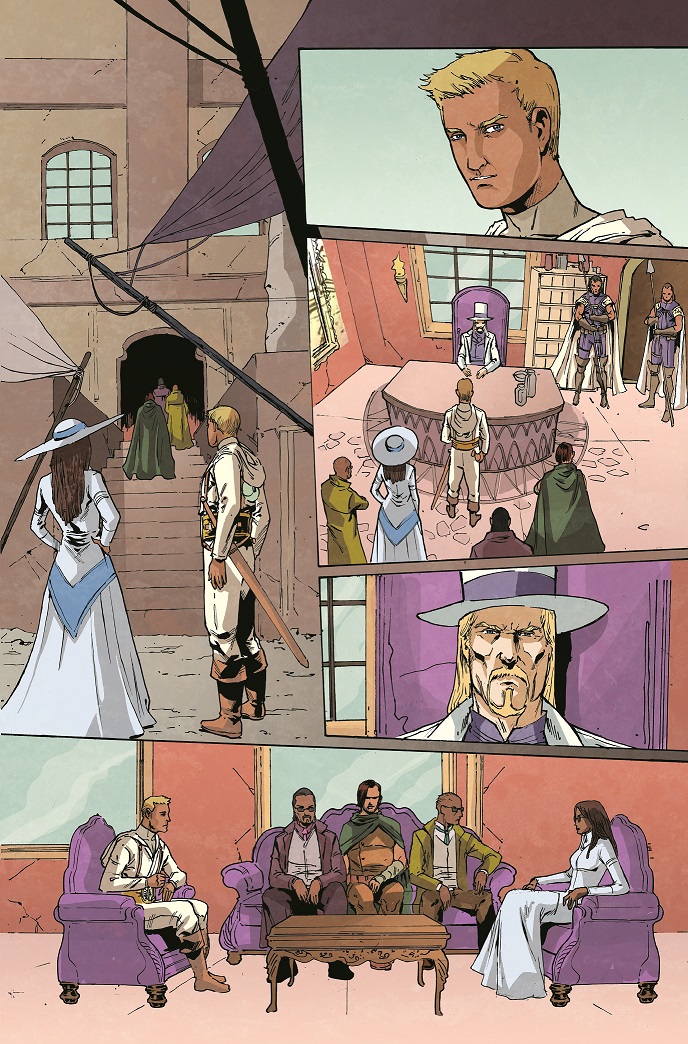 Brandon Sanderson’s White Sand Volume 3 will be solicited in Diamond Comic Distributors’ April 2019 Previews catalog, the premier source of merchandise for the comic book specialty market, and slated for release in June 2019. Comic book fans are encouraged to preorder copies with their local comic book retailers. It will also be available for individual customer purchase through digital platforms courtesy of Comixology, Kindle, iBooks, Google Play, Dynamite Digital, ComicsPlus, and more!