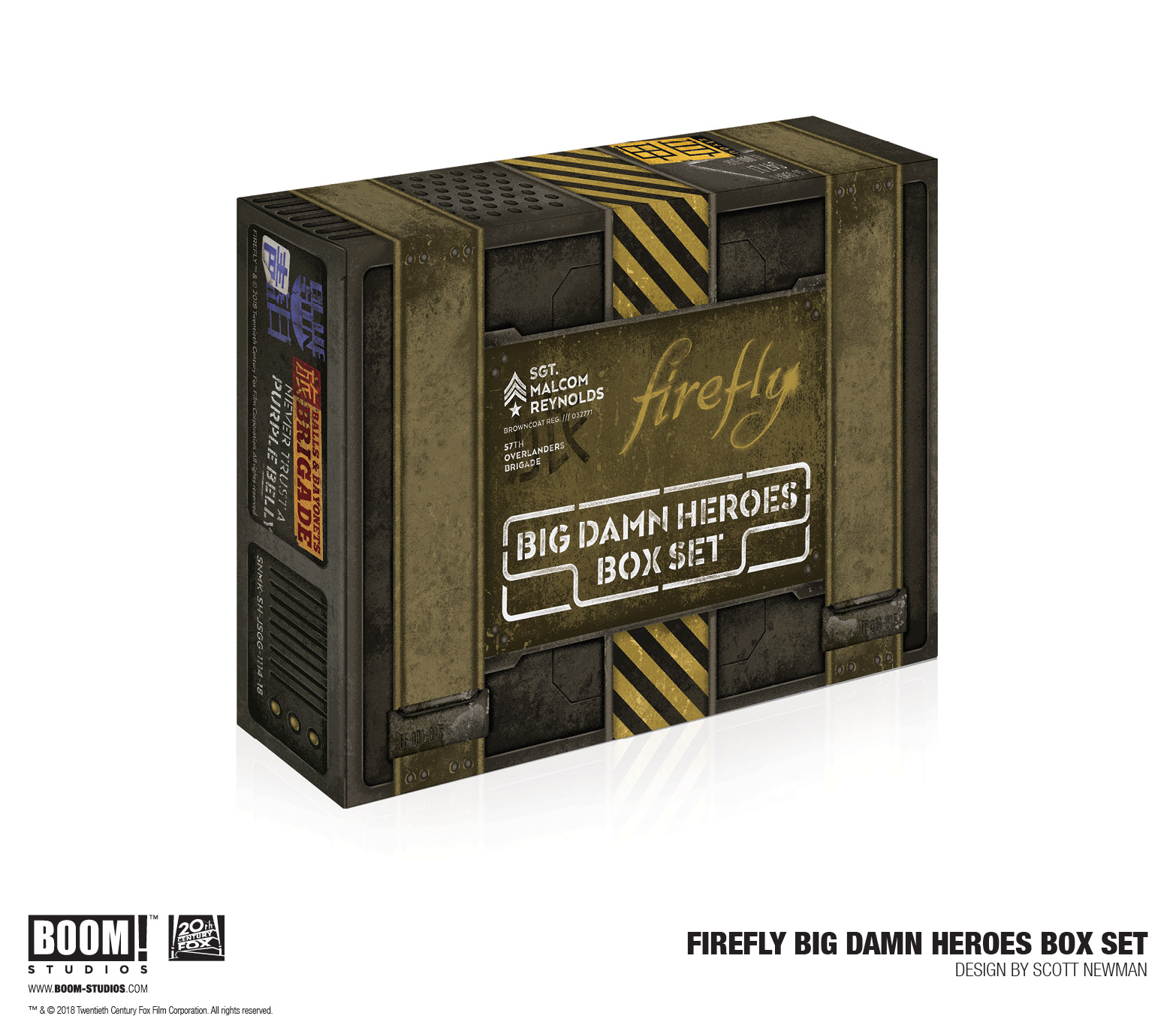 Strictly limited to 1000 units worldwide, this collectible deluxe box set is packed with Firefly essentials to tide you over for the long haul through the ‘Verse as BOOM! Studios reveals the secret Firefly history that fans have demanded for years — the definitive story of the Unification War, the intergalactic civil war that divided friend and family alike.

“FIREFLY is about to reveal one of the most iconic stories in the franchise’s history, and we wanted to commemorate it in the biggest damn way possible,” said Jeanine Schaefer, Executive Editor, BOOM! Studios. “With two incredible box set exclusive covers and the chance for a rare, signed print by Joss Whedon himself, the FIREFLY BIG DAMN HEROES BOX is a must for any hardcore Browncoat!”

Created by Whedon and set 500 years in the future in the wake of a universal civil war, FIREFLY centers on the crew of Serenity, a small transport spaceship that doesn’t have a planet to call home. Mal Reynolds, a defeated soldier who opposed the unification of the planets by the totalitarian governed Alliance, will undertake any job — legal or not — to stay afloat and keep his crew fed. Thrust together by necessity but staying together out of loyalty, these disparate men and women are seeking adventure and the good life, but face constant challenges on the new frontier, such as avoiding capture by the Alliance, and evading the dangers you find on the fringes of the universe.

FIREFLY #1 is available exclusively in comic shops (use comicshoplocator.com to find the nearest one) on November 14, 2018.

ALL-STAR CREATORS CELEBRATE THE WOMEN OF MARVEL IN NEW SPECIAL!

CROM HAS HEARD YOU!

WHATEVER HAPPENED TO EARTH’S MIGHTIEST HEROES?