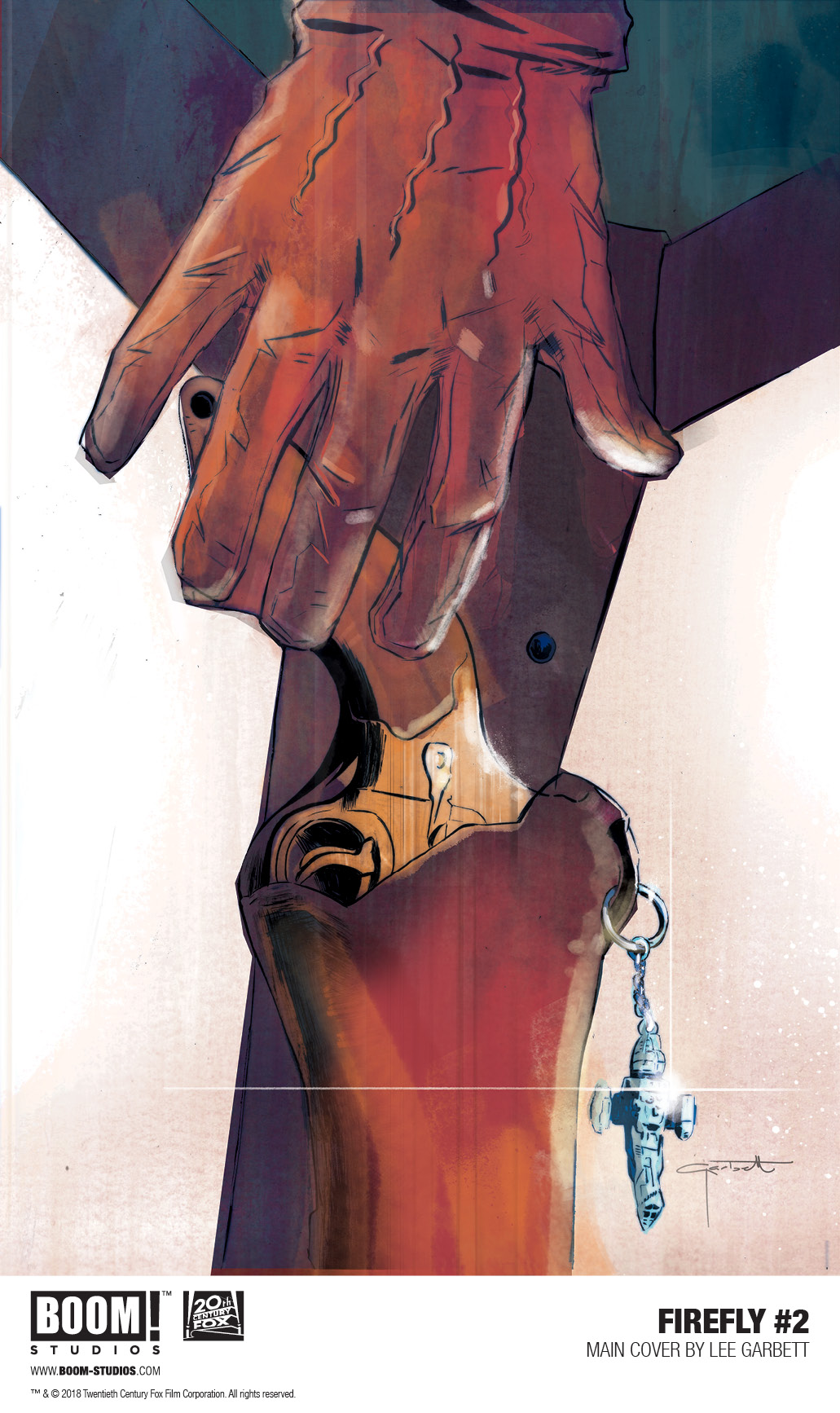 This spotlight on FIREFLY #2 begins with the reveal of the main cover by artist Lee Garbett (Skyward, Bone Parish), featuring a new vision of the enigmatic and lovable rogue known as Malcolm “Mal” Reynolds preparing for conflict. Now, fans will learn his true past and the definitive story of the Unification War — the intergalactic civil war that divided friend and family alike — in this new series by New York Times best-selling writer Greg Pak (World War Hulk, Mech Cadet Yu) and artist Dan McDaid (Judge Dredd), along with series creator & story consultant  Joss Whedon (the visionary writer/director behind Buffy The Vampire Slayer, Marvel’s The Avengers, and more).

Plus, ask your local comic shop how to get a copy of the rare inks-only version of the FIREFLY #2 Lee Garbett cover.

“From the minute we received this cover, we knew Lee had created something instantly iconic,” said Jeanine Schaefer, Executive Editor, BOOM! Studios. “It’s the pure distillation of both Firefly and Mal: style, danger, and a little bit of cheek…a perfect package for the story where you’ll learn just how he became the man we know and love, and sometimes love to hate.”

Created by Whedon and set 500 years in the future in the wake of a universal civil war, FIREFLY centers on the crew of Serenity, a small transport spaceship that doesn’t have a planet to call home. Mal, a defeated soldier who opposed the unification of the planets by the totalitarian governed Alliance, will undertake any job — legal or not — to stay afloat and keep his crew fed. Thrust together by necessity but staying together out of loyalty, these disparate men and women are seeking adventure and the good life, but face constant challenges on the new frontier, such as avoiding capture by the Alliance, and evading the dangers you find on the fringes of the universe.

FIREFLY #2 is available exclusively in comic shops (use comicshoplocator.com to find the nearest one) in December 2018, with variant covers by Marguerite Sauvage (Faith) and Joe Quinones (America). 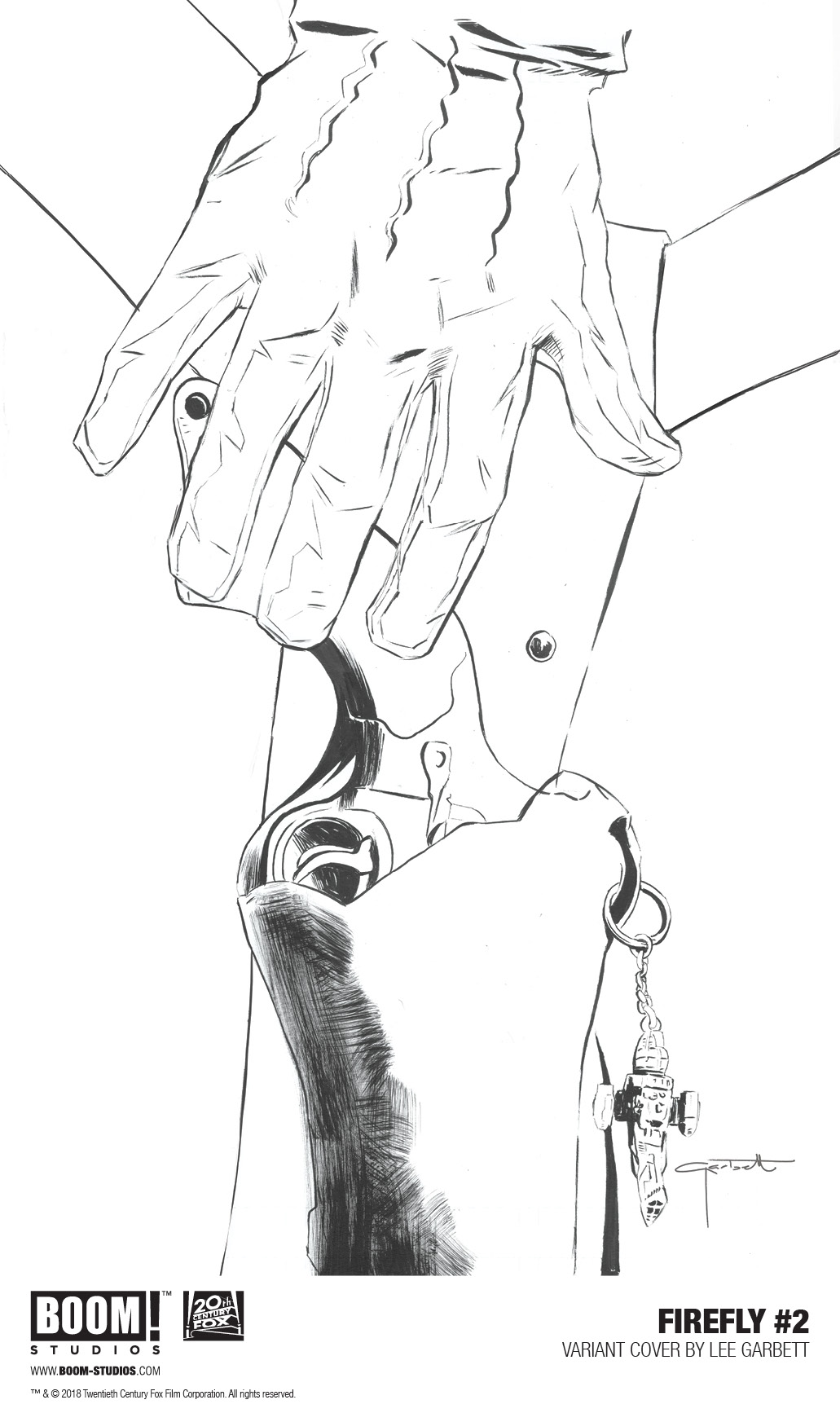