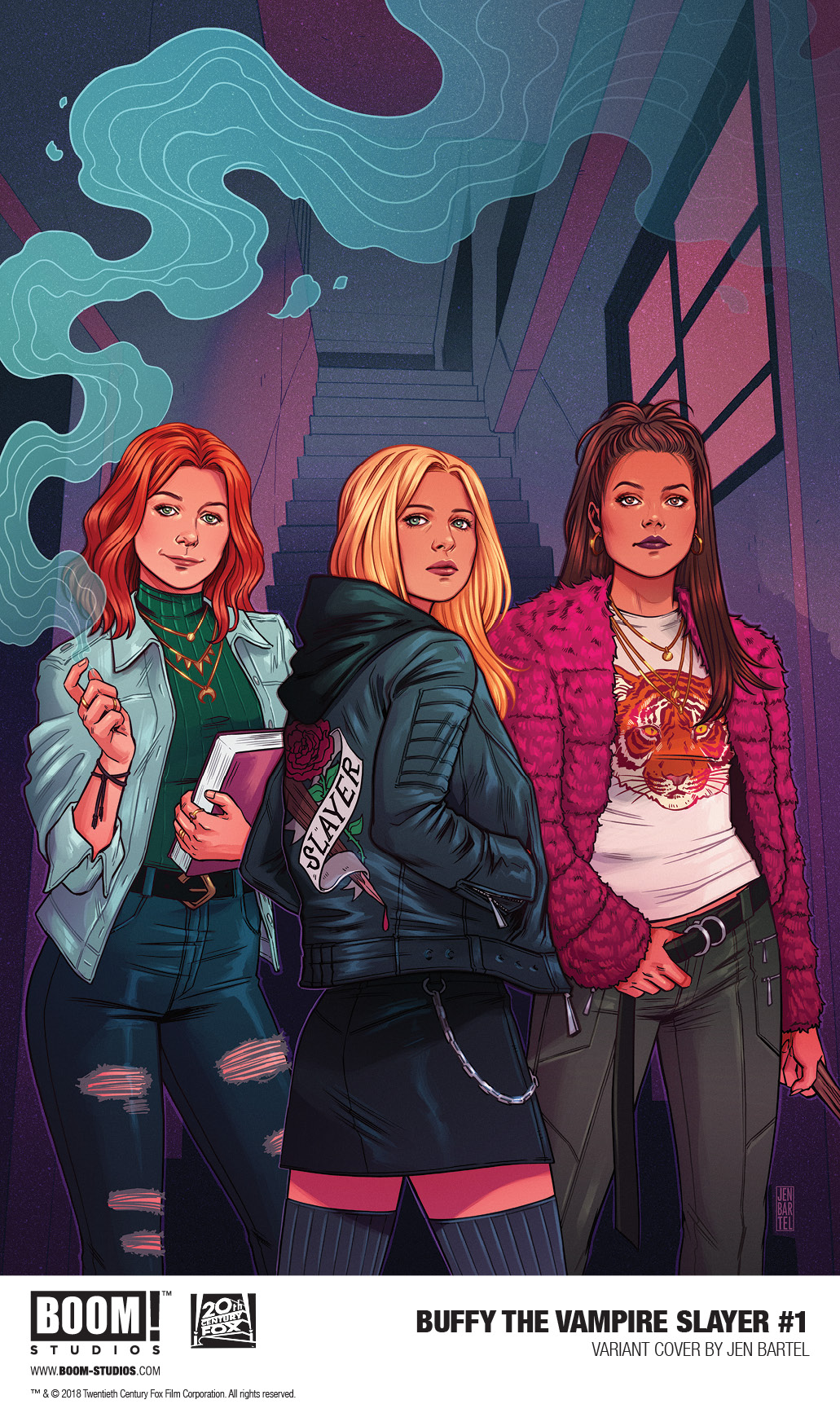 As Eisner Award-nominated writer Jordie Bellaire (Redlands), Russ Manning Award-winning artist Dan Mora (Klaus, Saban’s Go Go Power Rangers), and series creator/story consultant Joss Whedon (the visionary writer/director behind Firefly, Marvel’s The Avengers, and more) reimagine the groundbreaking pop culture phenomenon from the very beginning, readers will meet a Buffy Summers like the one they know – trying to make friends at her new school, get decent grades, and to escape her imposed destiny as the next in a long line of vampire slayers tasked with defeating the forces of evil. But the Slayer’s world looks a lot more like the one outside your window, as this new series brings her into a new era with new challenges, new friends…and a few enemies you might already recognize. The more things change, the more they stay the same, as the Gang – Giles, Willow, Xander, Cordelia and more – faces brand new Big Bads, and a threat lurking beneath the perfectly manicured exterior of Sunnydale High, confirming what every teenager has always known: high school truly is hell.

“This cover is a celebration of the three girls at the core of Buffy, who fight the good fight against not only the monsters that come out in the night, but also against the ones who make their presence felt in our everyday lives,” said Jeanine Schaefer, Executive Editor, BOOM! Studios. “Buffy, Willow and Cordelia each bring something unique to the fight, and to each other, something Jen has channeled perfectly on this stunning cover.”