Discover Brand New Adventures with Everyone’s Favorite Hardcore Ladytypes For Free on May 2, 2020 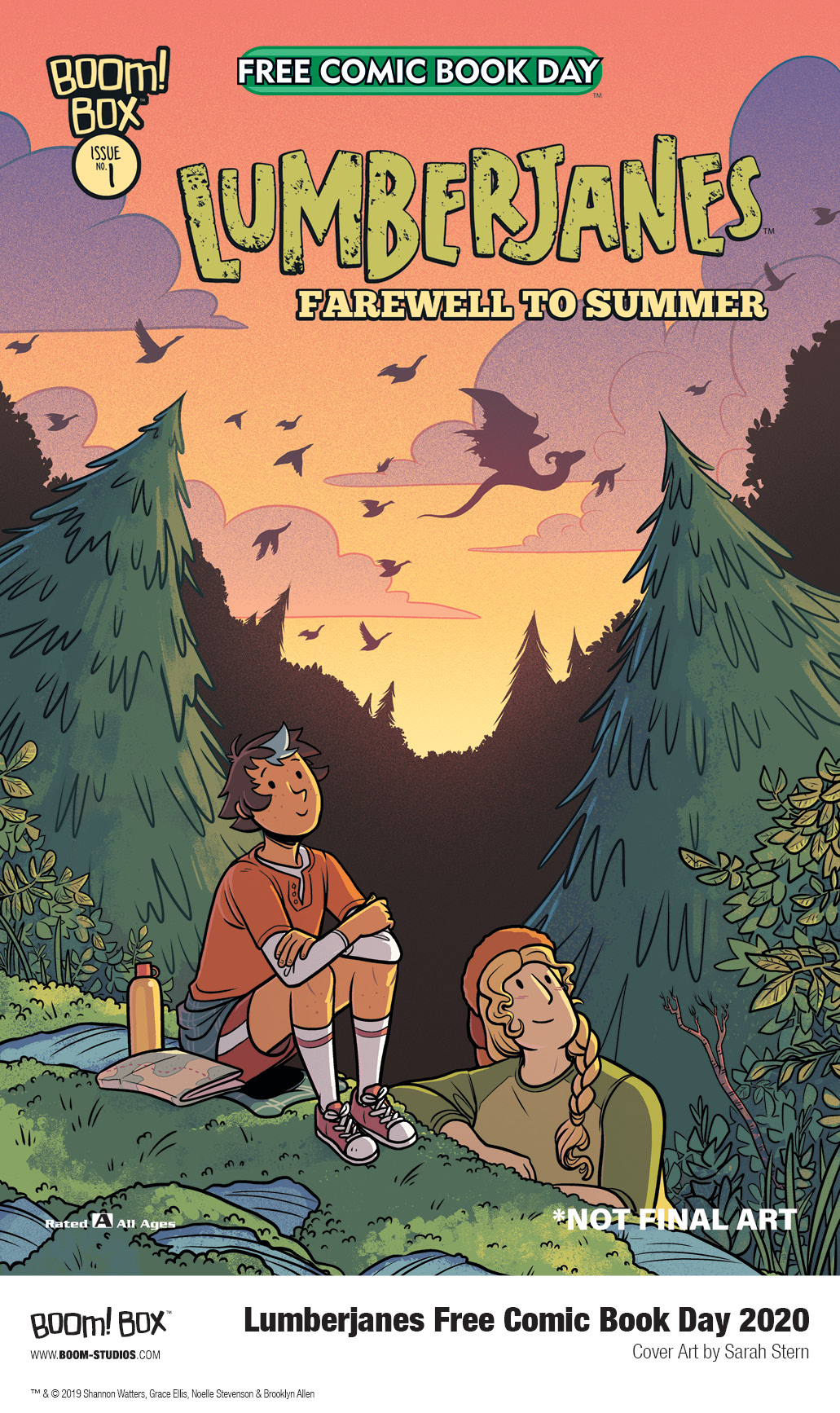 Comic book writer and artist polterink and letterer Aubrey Aiese take us on a surprise adventure in this preview of LUMBERJANES: FAREWELL TO SUMMER 2020 FCBD SPECIAL as April, Ripley, Mal, Jo, Molly, and Jen make everlasting memories during the most magical summer of their lives in a collection of all-new stories set in the world of the New York Times bestselling phenomenon, perfect for readers new and old alike!

Launched in 2014 under BOOM! Studios’ YA-focused BOOM! Box imprint by series co-creators Shannon Watters, Grace Ellis, Brooklyn Allen, and Noelle Stevenson, Lumberjanes was originally solicited as a limited series, but the overwhelming response from fans transformed it into an ongoing series that has become a New York Times best-seller, earned numerous prestigious awards including the GLAAD Media Award and two Eisner Awards, and has even crossed over with heroes from the DC Comics Universe (in Lumberjanes/Gotham Academy). The Lumberjanes have expanded to middle-grade novels at Abrams Books, as well as a diverse array of merchandise.

Print copies of LUMBERJANES: FAREWELL TO SUMMER 2020 FCBD SPECIAL will be available for FREE on May 2, 2020 exclusively at local comic book shops (use comicshoplocator.com to find the nearest one), alongside the Power Rangers 2020 FCBD Special. 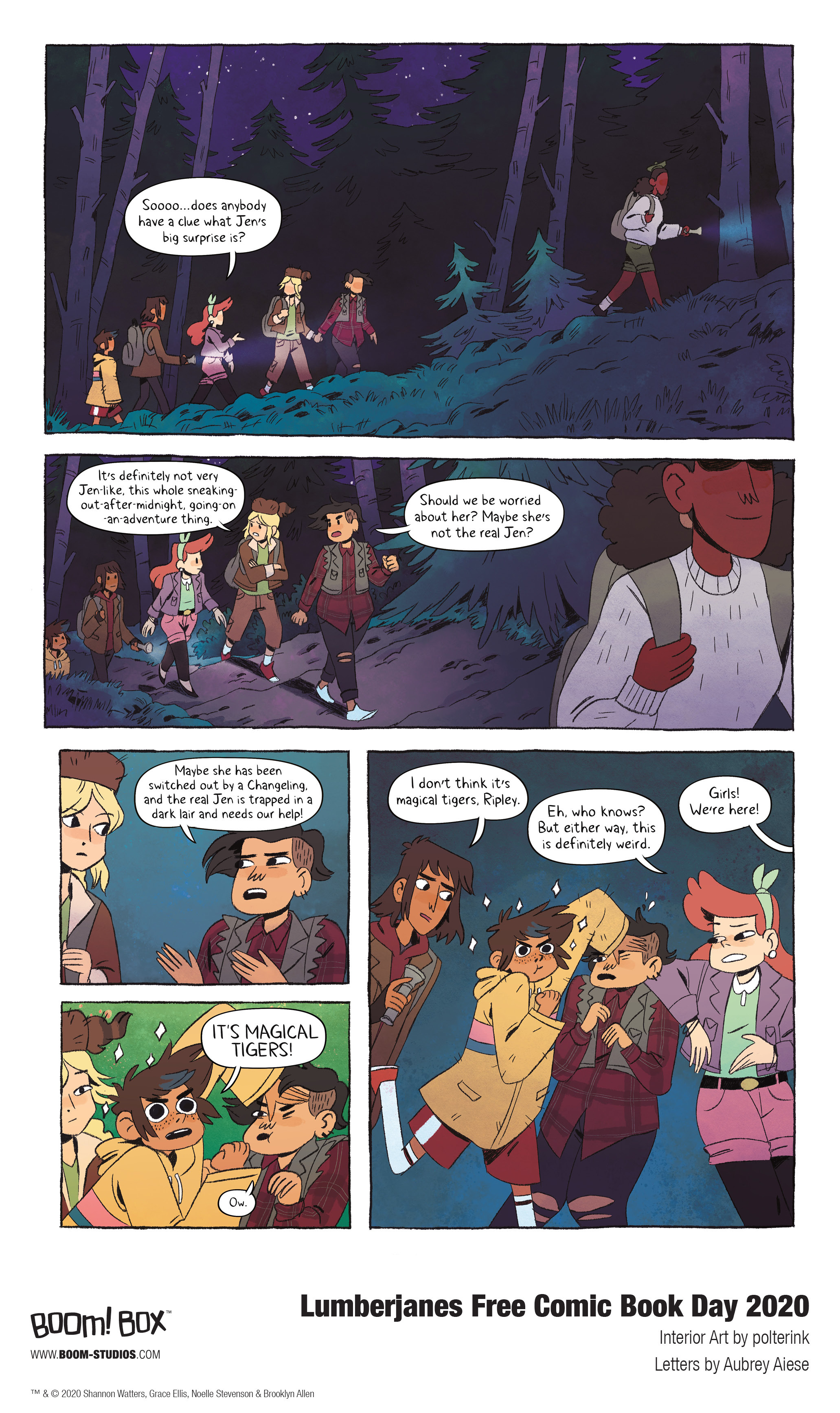 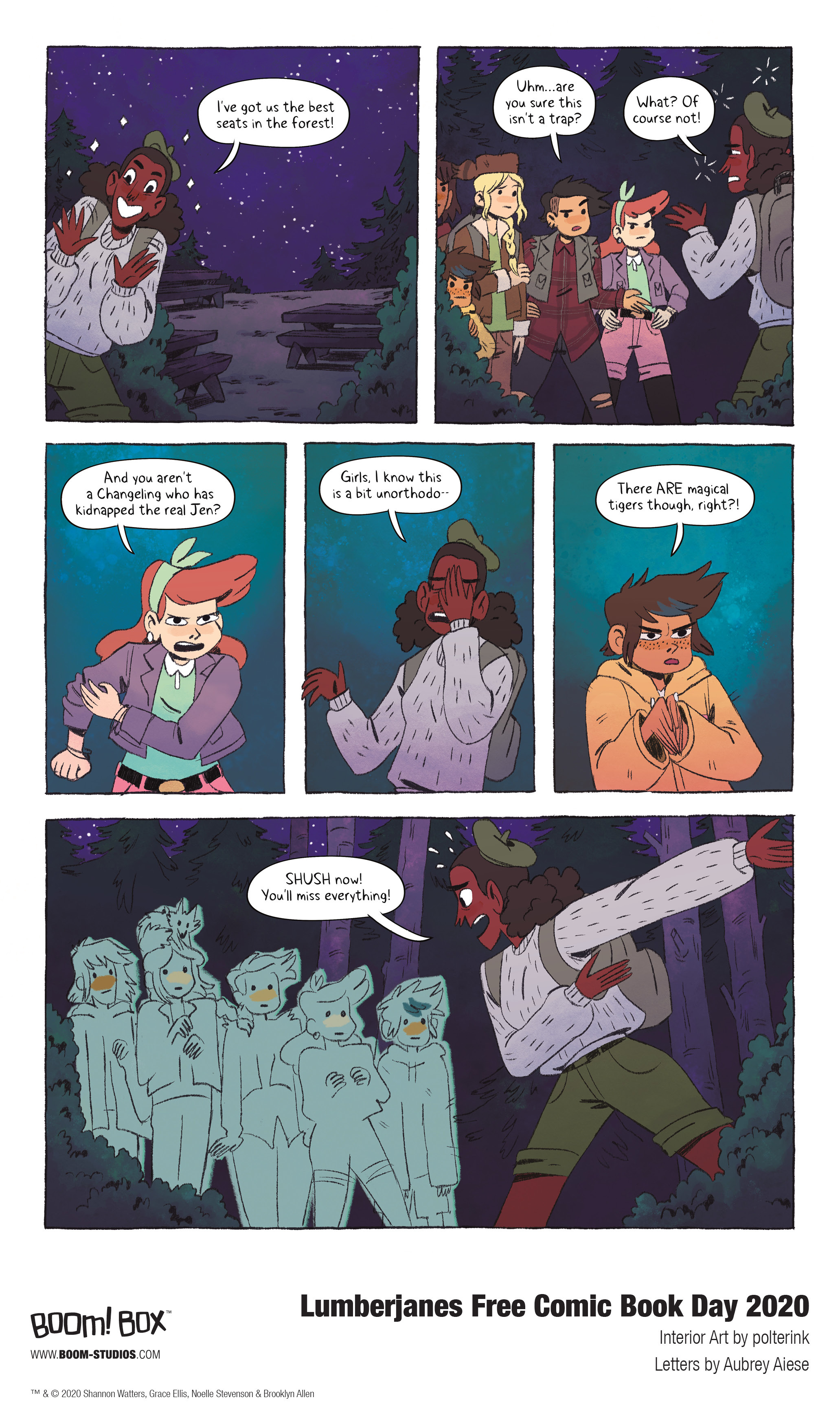 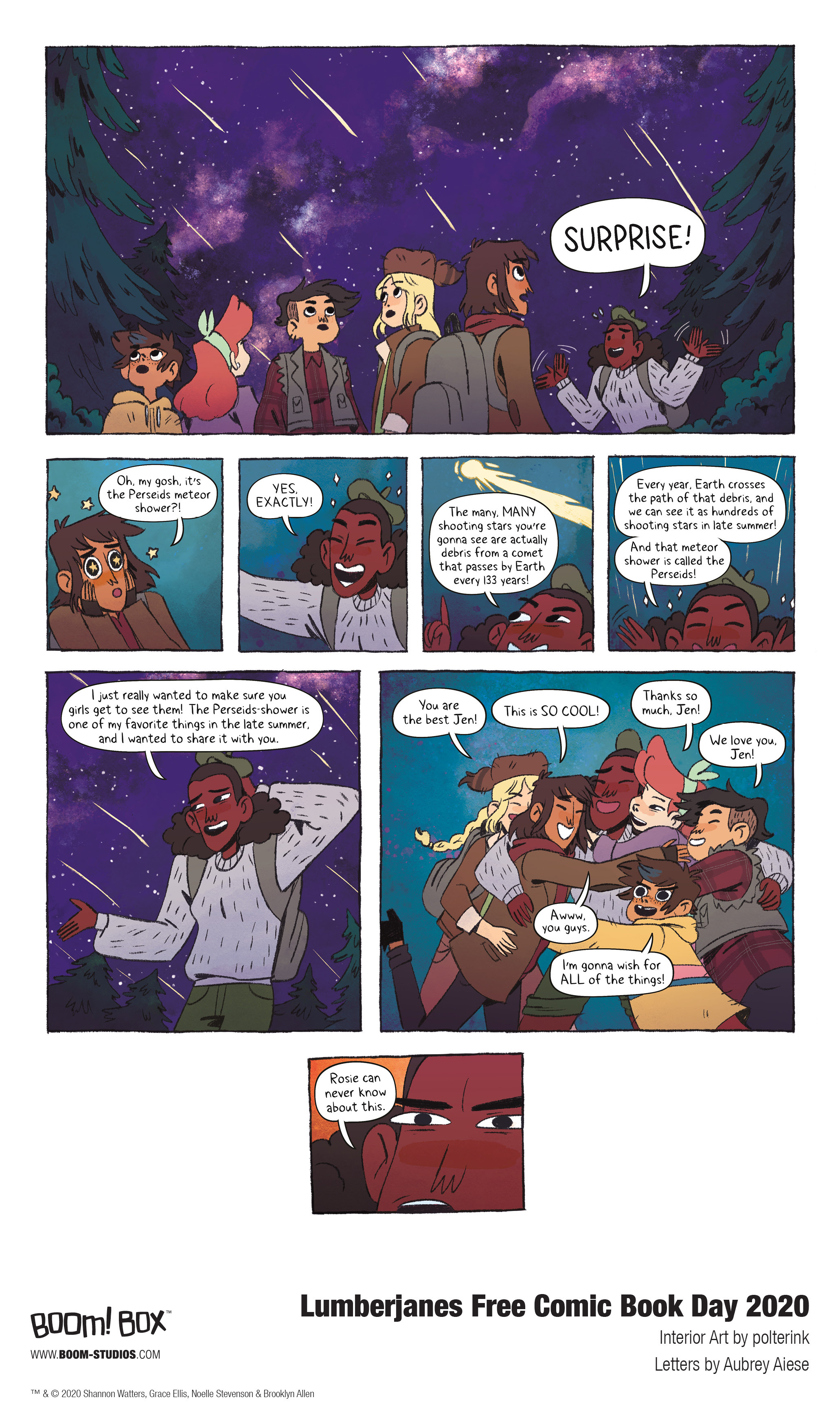 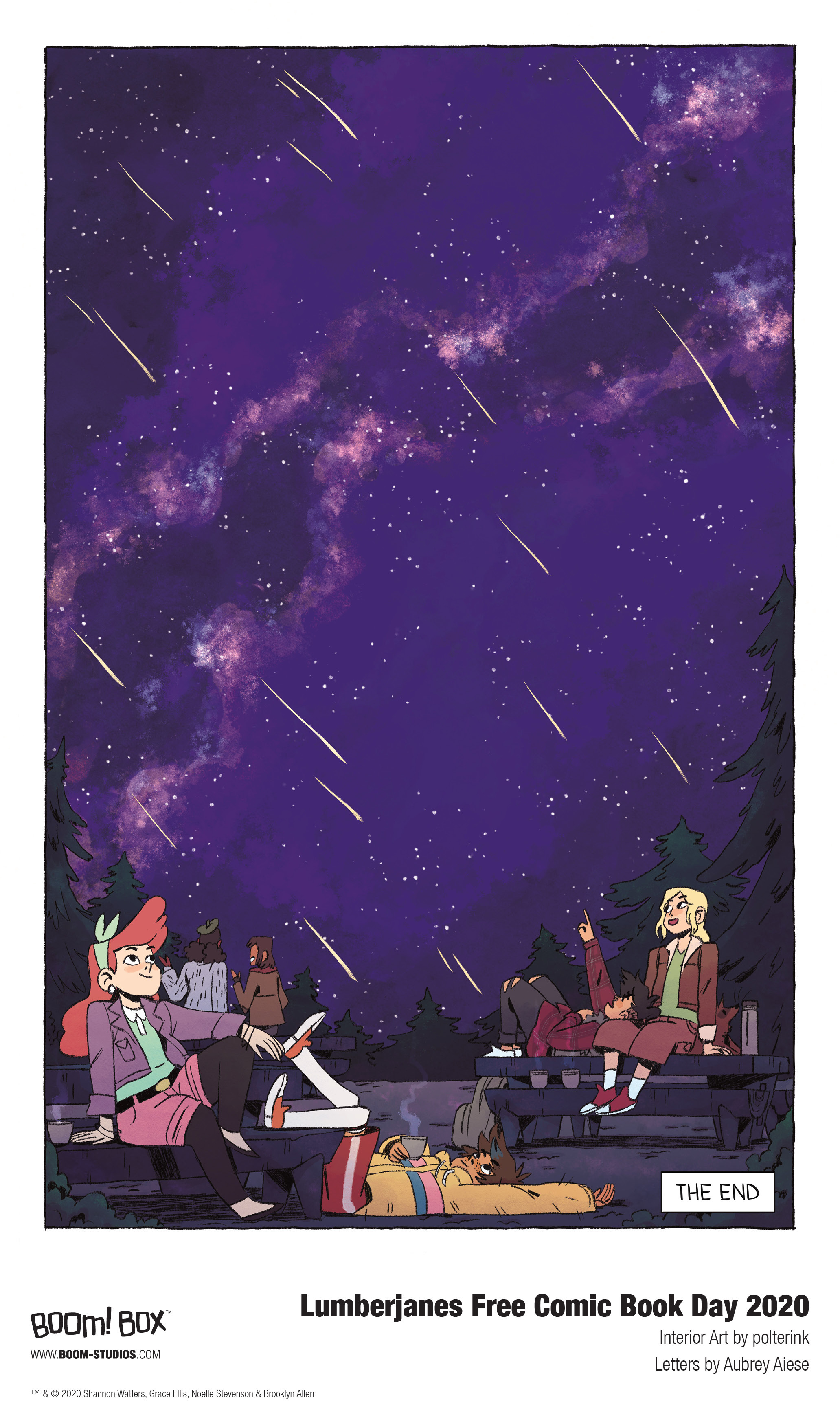