The Road To San Diego Announcement #9: Discover All New Stories of Saving The Universe in March 2019 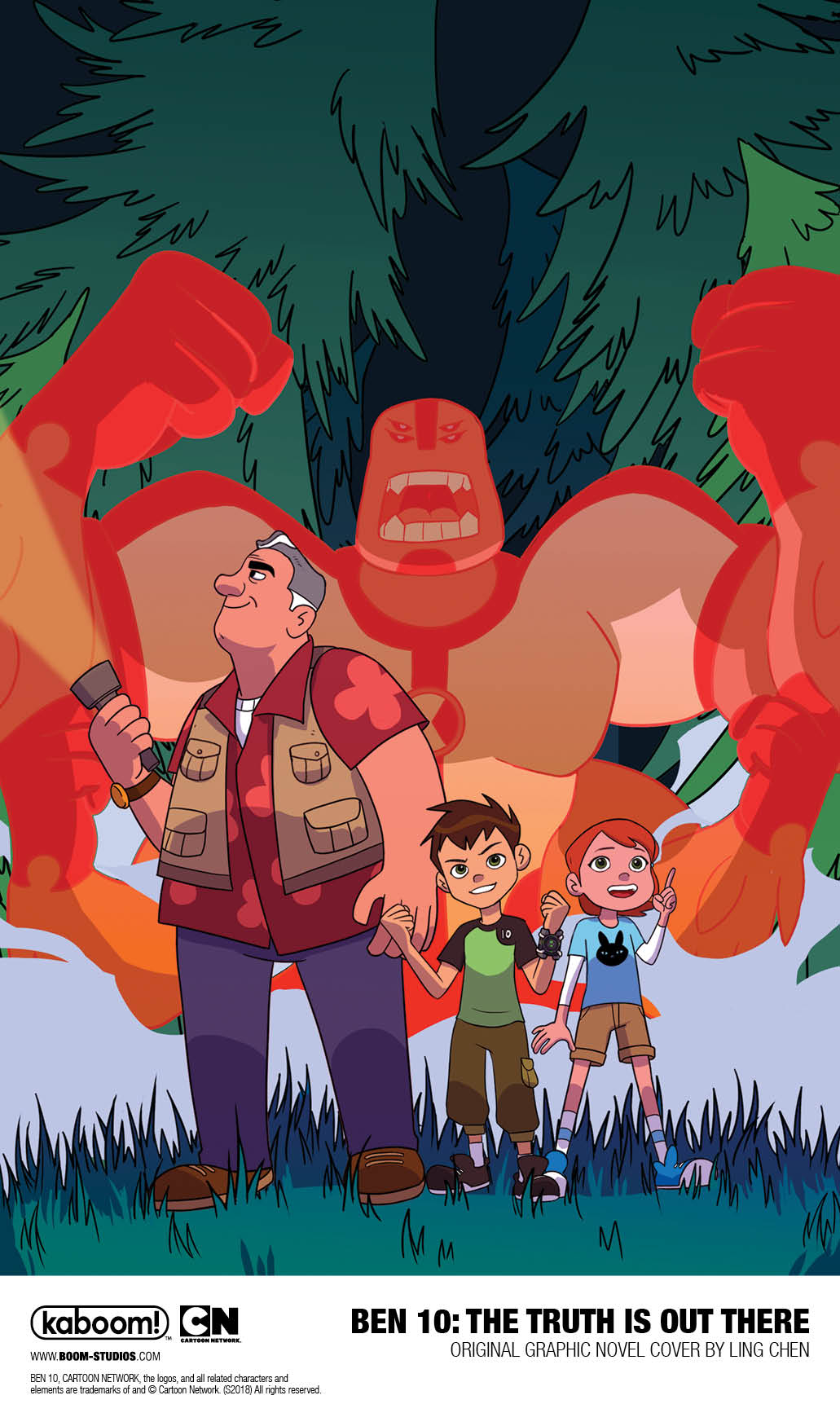 The first release from this partnership will be BEN 10: THE TRUTH IS OUT THERE, an all-new original graphic novel by Rainbow Award-winning writer CB Lee (Not Your Sidekick) and artist Lidan Chen in March 2019. BEN 10: THE TRUTH IS OUT THERE, based on Cartoon Network’s 2017 relaunched franchise, is the first in a series of original graphic novels that will anchor BOOM! Studios’ publishing program for the property.

Ben 10 introduces fun loving, 10-year-old, Ben Tennyson, his cousin Gwen and Grandpa Max, as they travel the country during summer vacation. Once Ben finds the Omnitrix, a mysterious watch that transforms him into 10 different heroic aliens, a world of extraterrestrial superpowers opens up to him. Ben 10 is produced by Cartoon Network Studios and created and executive produced by Man of Action Entertainment.

“I am so thrilled to be working with BOOM! Studios and Cartoon Network on the Ben 10 original graphic novels,” said CB Lee. “I grew up watching cartoons and had so much fun getting to follow my favorite characters to far-off worlds, and especially following their adventures, seeing friendships form and fighting for what you believe in. Ben 10 absolutely encompasses everything I love about storytelling – it’s so clever and has so much humor and heart. The original graphic novels will follow Ben, Gwen, Grandpa Max on all new adventures with mischief, monsters, and more mayhem with Ben and his aliens — and will be fun for fans of the show who want more of the Ben 10 universe, as well as a wonderful way to introduce new people to this series. I can’t wait to share these new adventures with all of you!”

“Ben 10 is a cartoon I love very much, so working on this graphic novel is a great opportunity and a big challenge,” said Lidan Chen. “I’m enjoying drawing all the characters – especially the aliens because they are really cool!”

BEN 10: THE TRUTH IS OUT THERE features a new cover by artist Ling Chen (Regular Show).

“The Ben 10 creators have mixed charming characters with absolutely unforgettable adventures that have you rooting for Ben at every chance,” said Whitney Leopard, Editor, BOOM! Studios. “We’re excited explore the mythology in comic book form, and BEN 10: THE TRUTH IS OUT THERE is the first graphic novel where we get to join Ben, Gwen and Grandpa Max in the Rust Bucket and explore the summer with them. There will be hijinks, there will be aliens, and there is going to be a lot fun.”

BEN 10: THE TRUTH IS OUT THERE is the latest release from BOOM! Studios’ award-winning KaBOOM! imprint, home to comics for middle grade and younger readers including licensed series such as Adventure Time, Steven Universe, Peanuts, and Garfield, along with original series like Mega Princess by Kelly Thompson and  Brianne Drouhard, Bodie Troll by Jay Fosgitt, RuinWorld by Derek Laufman, and The Deep by Tom Taylor and James Brouwer.

Print copies of BEN 10: THE TRUTH IS OUT THERE will be available for sale in March 2019 at local comic book shops (use comicshoplocator.com to find the nearest one), bookstores and the BOOM! Studios webstore. Digital copies can be purchased from content providers, including comiXology, iBooks, Google Play, and the BOOM! Studios app.

For continuing news on BEN 10 and more from  BOOM! Studios’ The Road To San Diego, stay tuned to  www.boom-studios.com and follow @boomstudios on Twitter. 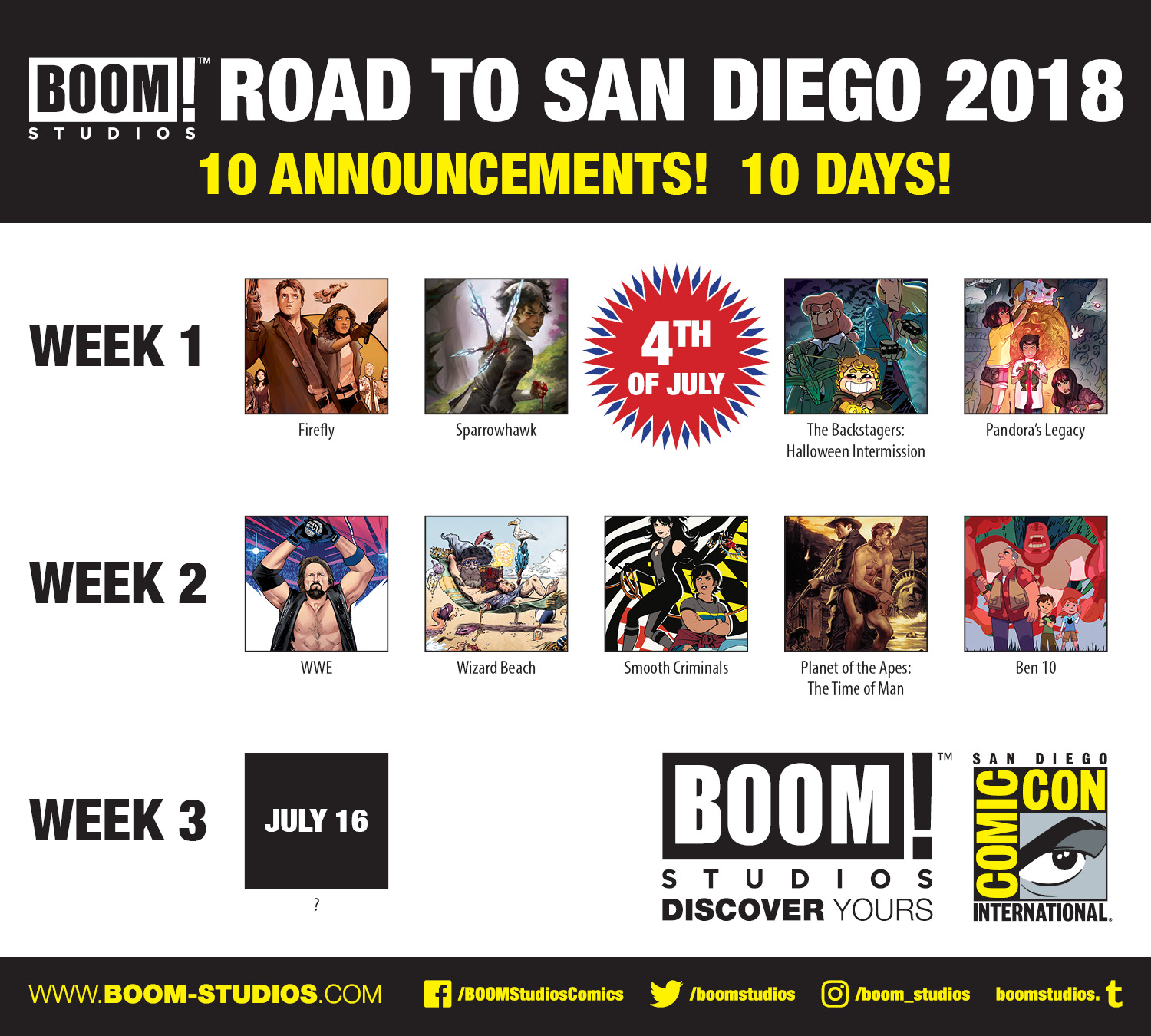