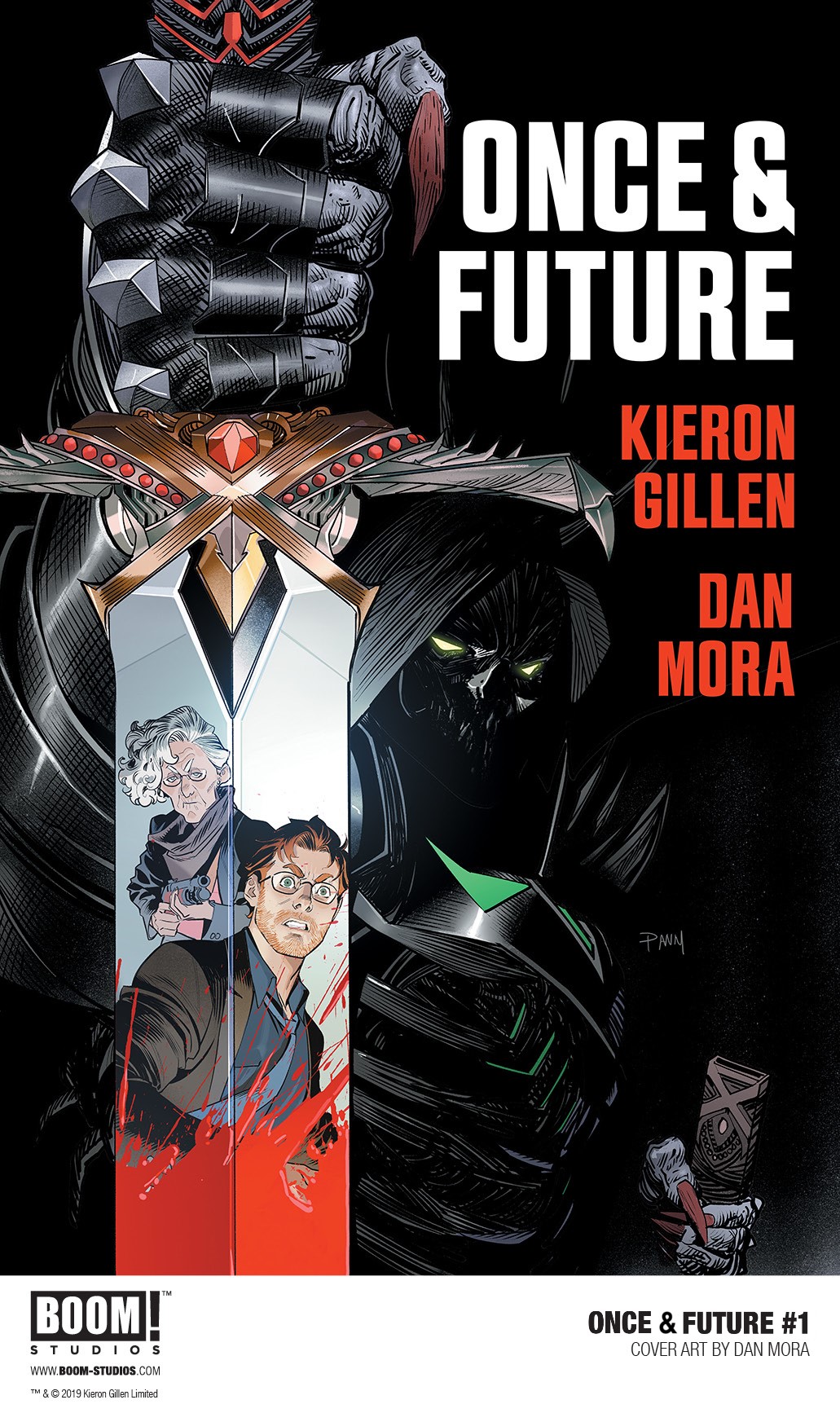 Through this partnership, BOOM! Studios will pair its industry-leading retailer incentives in support ONCE & FUTURE with the burgeoning international reach of ComicHub’s network of comic book specialty stores to directly promote the series to customers utilizing the platform. Additionally, retailers who are also members of the BOOM! Guarantee program, the industry’s gold standard for returnability programs, can sign up for ComicHub and receive $100 off  their startup fee when they sign up at Retailer.Comichub.com. The combination of risk-free, affidavit returns on the entire ONCE & FUTURE comic series and eventual collection combined with ComicHub’s next generation suite of customer, retailer, and publisher tools will allow the publisher to assist retailers directly in maximizing their sell through at launch.

Debuting in August 2019, ONCE & FUTURE explores the mysteries of the past, the complicated truths of our history and the power of family to save the day…especially if that family has secret bunkers of ancient weapons and decades of experience hunting the greatest monsters in Britain’s history!

When a group of Nationalists use an ancient artifact to bring a villain from Arthurian myth back from the dead to gain power, ex-monster hunter Bridgette McGuire pulls her unsuspecting grandson Duncan, a museum curator, into a world of magic and mysticism to defeat a legendary threat. Now the two must navigate the complicated history of the McGuire family and combat the deadly secrets of England’s past that threaten its very future.

“BOOM! Studios has long been comic book retailers’ best partner. ComicHub is part of the evolution of how comic publishers and comic shops will partner with each other in the future,” said Filip Sablik, President of Publishing & Marketing, BOOM! Studios. “The combination of BOOM!’s Guarantee program, the best returnability program in the industry, and ComicHub is potentially game-changing by allowing us to reduce risk for our retail partners and help them sell through their inventory of ONCE & FUTURE for even greater success!”

This partnership, the first between ComicHub and a comic book publisher, lines up perfectly with the company’s stated goal to “ensure the print comic industry continues to thrive in the digital era”. With innovative data technology and services that ensure that comics retailers give the very best service available to their customers, ComicHub has quickly made a name for itself as the newest standard for Retail Information Flow and Point Of Sale services in the comics industry.

“Our mission with ComicHub is to not only supply comics retailers with modern information tools to manage and promote their stores, but to also engage publishers in the information management for stores, marketing to promote directly to BUYING customers, and to provide transparency in the sell-through information flow,” said ComicHub’s Head of Sales, Atom! Freeman. “In BOOM! Studios, we found a partner who values both the conduit of information to retailers and fans and the insight into how their books are actually being sold.”

Print copies of ONCE & FUTURE #1, featuring a cover by Dan Mora, will be available for sale on August 14, 2019 at local comic book shops (use comicshoplocator.com to find the nearest one) or at the BOOM! Studios webstore. Digital copies can be purchased from content providers, including comiXology, iBooks, Google Play, and the BOOM! Studios app.

For continuing news on ONCE & FUTURE and more from BOOM! Studios, stay tuned to www.boom-studios.com and follow @boomstudios on Twitter.

Registered ComicHub customers can preorder and subscribe to ONCE & FUTURE #1 by logging into their https://customer.comichub.com/ app and entering “Once & Future” in the search bar. To shop for the hundreds of BOOM! Studios products in participating ComicHub stores, search for BOOM! Studios at https://comichub.com. Comics Shops wishing to join the ComicHub.com network can find and register for more information at https://retailer.comichub.com/.