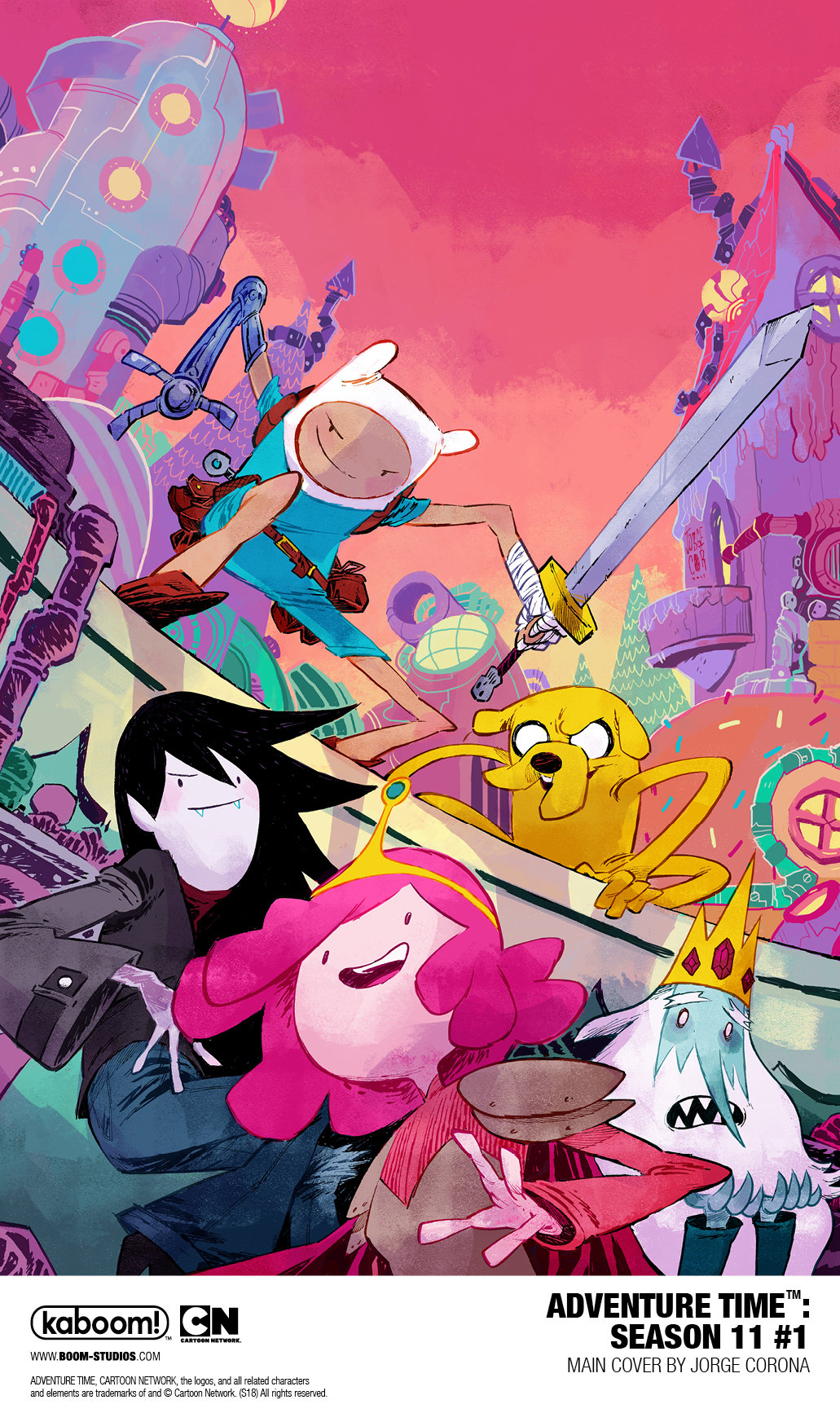 A modern day fable, the Emmy® Award–winning animated series Adventure Time has become a global success since its premiere in 2010, attracting adult and kid viewers in their millions over the course of 10 seasons. It follows unlikely heroes Finn and Jake, buddies who traverse the mystical Land of Ooo and encounter its colorful inhabitants. The best of friends, our heroes always find themselves in the middle of heart-pounding escapades. Finn, a silly kid with an awesome hat and Jake, a brassy dog with a big kind heart, depend on each other through thick and thin. Adventure Time is created by Pendleton Ward and produced at Cartoon Network Studios.

The story of the Land of Ooo will continue on in comic book form with ADVENTURE TIME SEASON 11 launching from KaBOOM!, BOOM! Studios award-winning imprint, this Fall. Eisner Award-winning writer Sonny Liew (The Art of Charlie Hock Chye) and artist Marina Julia (Lumberjanes: Faire and Square) bring you all new stories in the aftermath of The Great Gum War, as Finn, Jake and the entire land of Ooo begin to pick up the pieces with some new and unexpected friends. BOOM! Studios has been publishing the New York Times bestselling Adventure Time comic books and graphic novels since 2012 and been honored with Eisner, Harvey, and Diamond Gem Awards for the series.

“I hadn’t watched many animated series since the heyday of The Simpsons, but once I sat down and watched Adventure Time, I was immediately hooked,” said Sonny Liew. “It gave me a sense of afternoons spent watching cartoons as a kid, somehow appealing to both the adult and kid inside you. I didn’t try to analyze the form or structure too much, wanting to just enjoy the series on its own… but I suppose now I’m working on scripts for the comics, I’ll have to watch it again with a different lens, and try to figure out the methods behind the magic.”

“I’ve had a lot of fun working on Adventure Time: Beginning of the End, and I’m looking forward to getting to work on more Adventure Time!” said Marina Julia. “It’s a really fun series and to be able to play in that space is always really enjoyable.”

ADVENTURE TIME SEASON 11 #1 features a main cover by Jorge Corona (The Flash), along with variant covers by Julie Benbasset (You Be You), Audrey Mok (Archie) and Paul Pope (Batman: Year 100).

“Adventure Time airs its season finale this Labor Day on Cartoon Network—and you definitely don’t want to miss it! ADVENTURE TIME SEASON 11 takes place after the shows end and will continue the journey for some of our favorite heroes in the comics,” said Whitney Leopard, Editor, BOOM! Studios. “Sonny and Marina are a great team and we are excited to launch this all-new adventure with them.’

ADVENTURE TIME SEASON 11 is the latest release from BOOM! Studios’ award-winning KaBOOM! imprint, home to comics for middle grade and younger readers including licensed series such as Over The Garden Wall, Steven Universe, Peanuts, and Garfield, along with original series like Mega Princess by Kelly Thompson and Brianne Drouhard, Bodie Troll by Jay Fosgitt, and The Deep by Tom Taylor and James Brouwer. 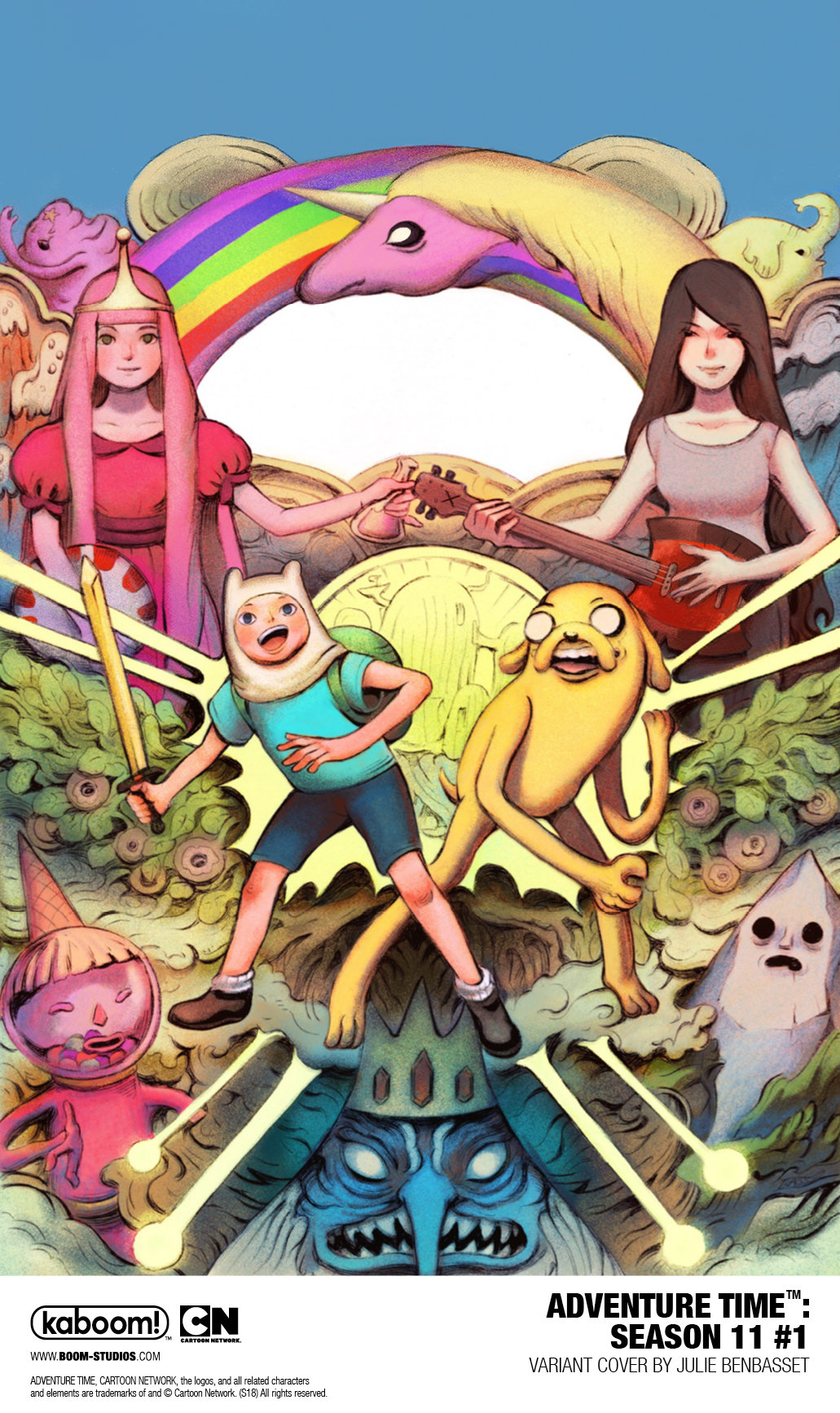 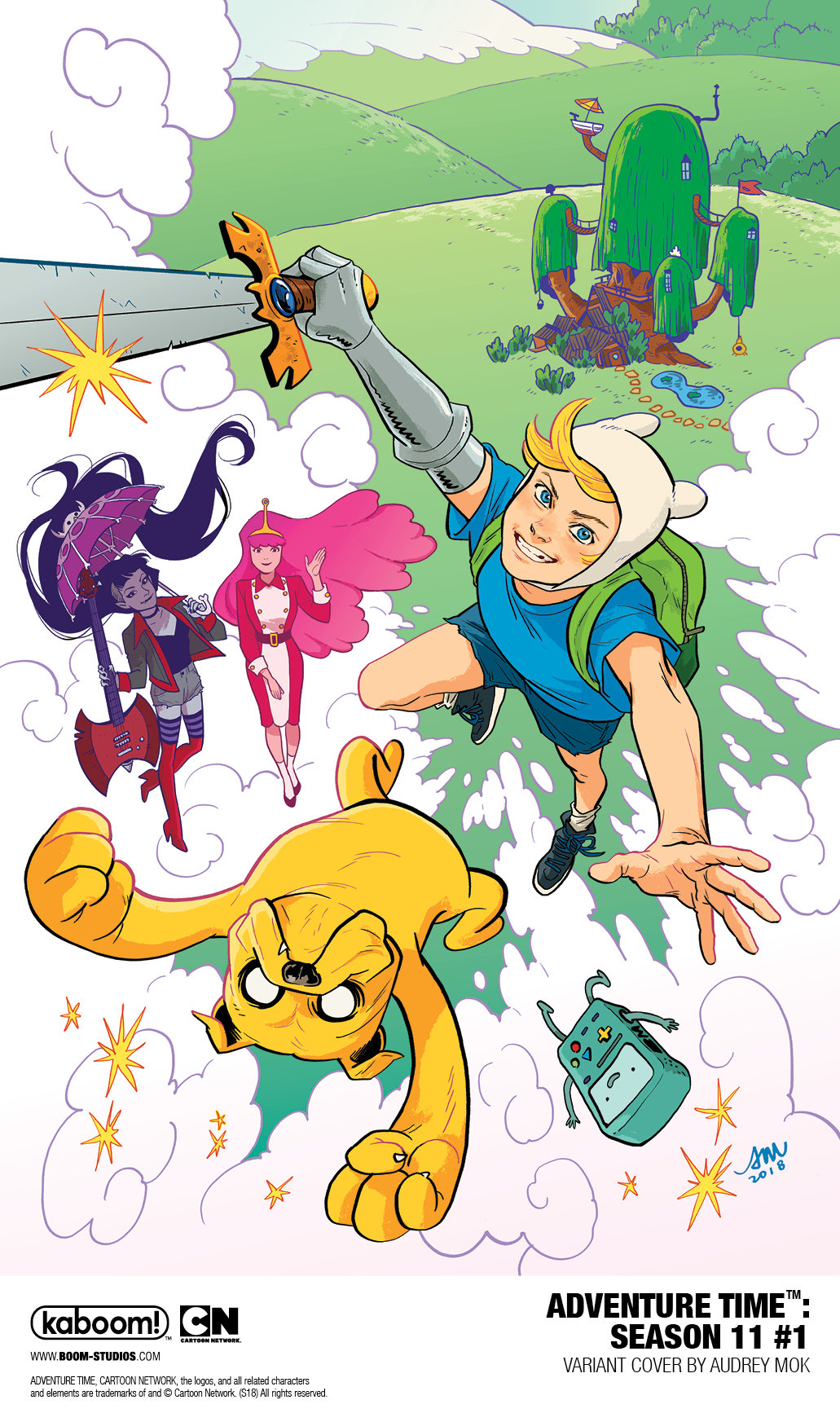 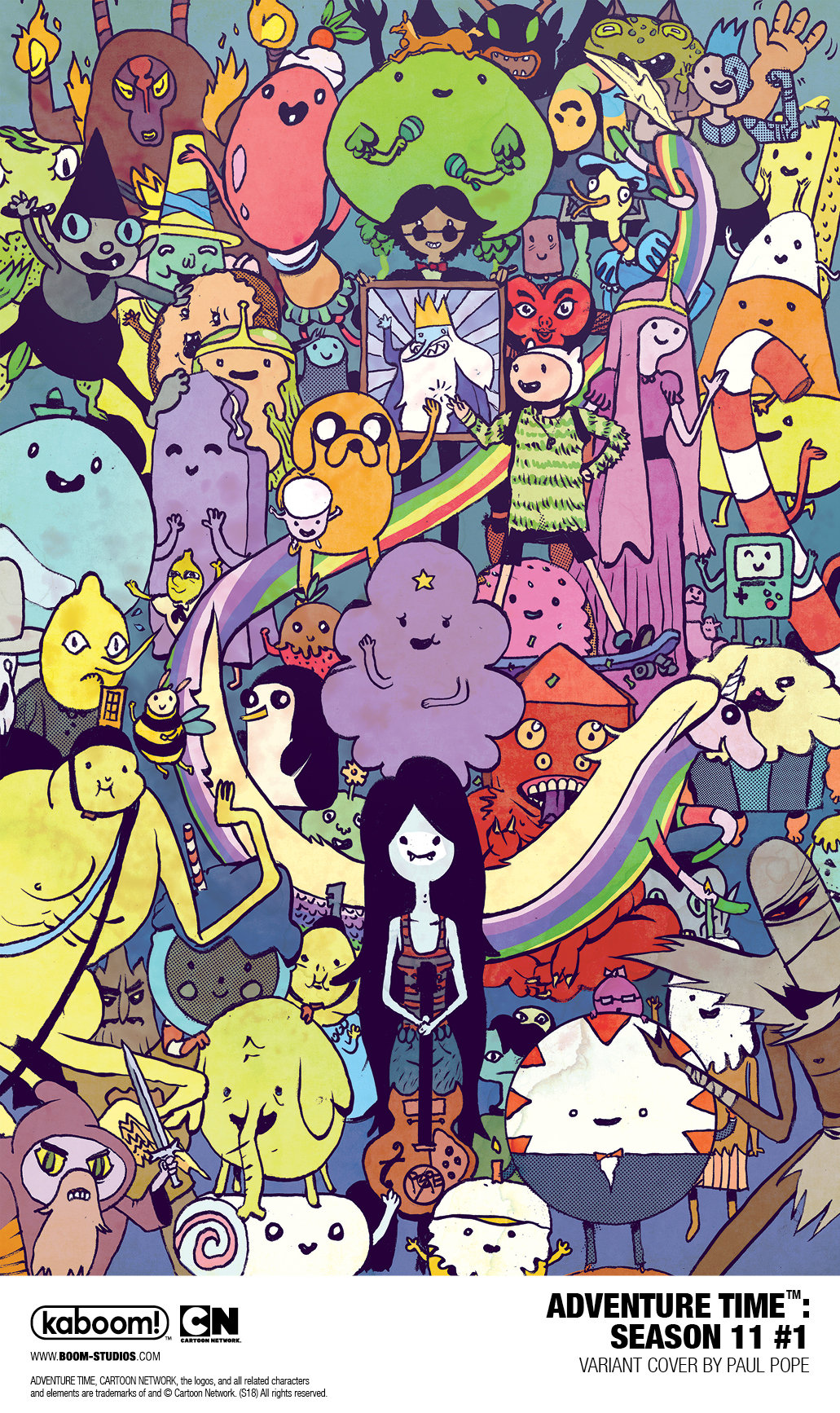