Discover Two All New Stories From the Pop Culture Franchises on May 4, 2019 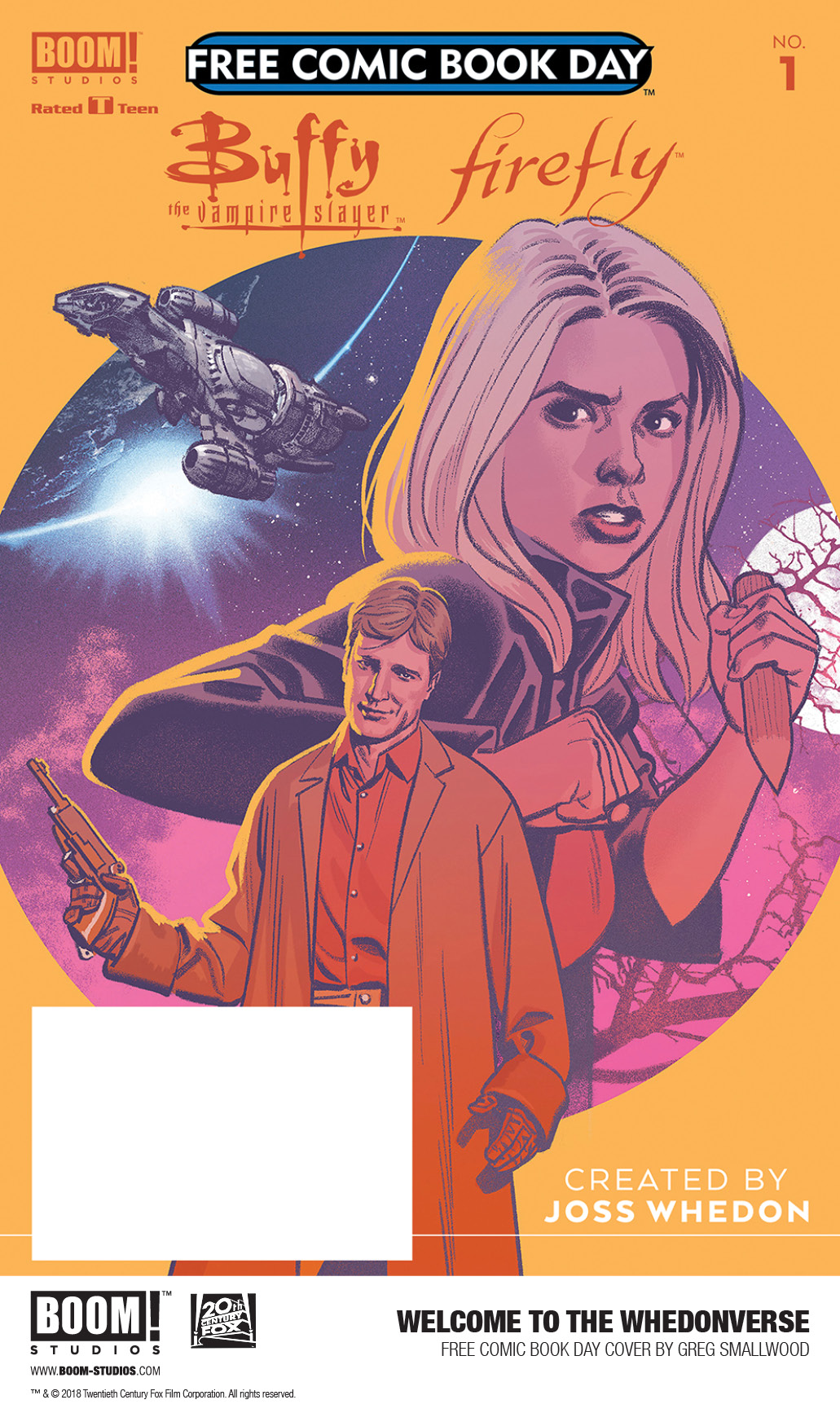 This FREE comic, released in partnership with 20th Century Fox Consumer Products, is the perfect jumping-on point for the “Whedonverse” with all new stories from the worlds of BOOM! Studios’ hit series Buffy The Vampire Slayer and Firefly.

First, Captain Malcolm Reynolds and his first mate Zoe Alleyne Washburne have a bond that was forged in blood during the war that shaped the ‘Verse…but when the awful secret at the core of that bond is finally revealed and they’re called to answer, the people who love them are left to pick up the pieces in an all-new story written by Greg Pak.

Created by Whedon and set 500 years in the future in the wake of a universal civil war, Firefly centers on the crew of Serenity, a small transport spaceship that doesn’t have a planet to call home. Mal Reynolds, a defeated soldier who opposed the unification of the planets by the totalitarian governed Alliance, will undertake any job — legal or not — to stay afloat and keep his crew fed. Thrust together by necessity but staying together out of loyalty, these disparate men and women are seeking adventure and the good life, but face constant challenges on the new frontier, such as avoiding capture by the Alliance, and evading the dangers you find on the fringes of the universe.

And in the second exclusive story, there’s something evil lurking under Sunnydale High School, namely a gateway to a hell dimension that’s been foretold to destroy the world as we know it. Buffy and the gang have mostly got it under control…as long as everything stays exactly as it is, and we mean zero new plot points, no new characters, and absolutely no twists, turns, or misunderstood prophecies. Easy peasy! Writer Jordie Bellaire and artist David López continue the bold reimagining of the groundbreaking mythology that changed pop culture forever.

“We’re committed to making 2019 the biggest year ever for fans of Firefly and Buffy the Vampire Slayer comic books – and that means giving them the most anticipated release of Free Comic Book Day,” said Jeanine Schaefer, Executive Editor, BOOM! Studios. “We’re laying the seeds for some huge stories in each of these series, along with a massive surprise that no Joss Whedon fan can miss!”

Print copies of WELCOME TO THE WHEDONVERSE FCBD SPECIAL will be available for FREE on May 4th, 2019 exclusively at local comic book shops (use comicshoplocator.com to find the nearest one).

POPEYE TO LAUNCH THE MOST ADVANCED, REWARDING AND SUSTAINABLE BOATING CLUB IN THE WORLD