Road To SDCC: Discover Invading Forces from Space at the Heart of the Cold War in October 2019 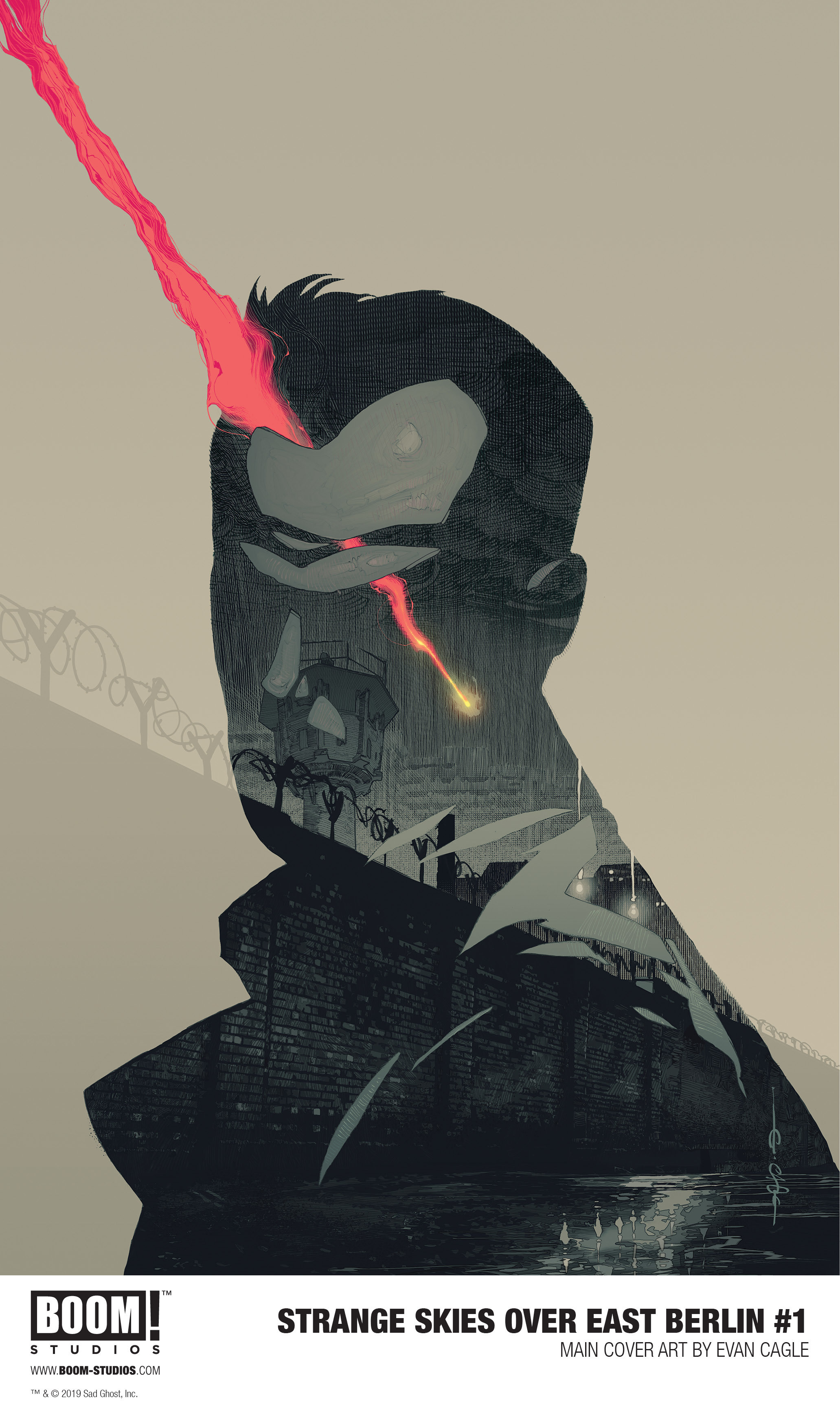 LOS ANGELES, CA (July 11, 2019) – BOOM! Studios is proud to continue The Road to San Diego, a ten-day spotlight on the most exciting comic book and graphic novel news in advance of Comic Con International in San Diego (July 17-21), with the announcement of STRANGE SKIES OVER EAST BERLIN #1, an all-new original four-issue limited series from Jeff Loveness (Judas) and artist Lisandro Estherren (Redneck, The Last Contract), featuring cover art by Evan Cagle. STRANGE SKIES OVER EAST BERLIN is a chilling and intense thriller about an American spy who encounters a terrifying inhuman threat at the heart of the Cold War.

It’s 1973, and Herring, a disillusioned American spy, has spent the entire Cold War infiltrating the inner circles of East German intelligence for a cause he barely believes in anymore. He’s seen everything and done anything his government asked but his latest mission pits the brilliant embittered operative against an enemy force so vast it could obliterate all of humanity.

The Space Race had greater consequences than even the Soviets could have guessed, and when they sent the first human ever to the stars, something not quite human followed them back. When a mysterious alien probe lands outside East Berlin and into Soviet control, the Americans send their top spy in to investigate. But as Herring gets ever closer to the truth at the heart of the conspiracy, he may find that the power he so desperately seeks is too dangerous for anyone to control or contain.

Jeff Loveness is an Emmy-nominated writer for television shows Rick and Morty and Jimmy Kimmel Live, as well as the comic book series Nova and Groot from Marvel Entertainment, World Reader from Aftershock Comics, and the critically acclaimed Judas from BOOM! Studios.

“Through comics, I’ve been able to write space operas, dark religious epics, and superhero stories, and now I can’t wait to write a sci-fi horror set within the bleak, creeping dread of the Cold War,” said writer, Jeff Loveness. “The Iron Curtain surveillance state of East Germany is now far enough removed from us to seem shockingly familiar. It’s been humbling to research that world, only to see how many sad parallels of it we still endure today. There’s body-horror and sci-fi creeping through the paranoia of the story, but it’s also about what it means to be American in a world slipping away from you… a world that was perhaps never truly there to begin with.”

Lisandro Estherren is a comic artist based in Argentina. His work includes graphic novels, comic book series, and illustrations for international publishers and magazines such as Editorial Pictus (Argentina), Aurea Editoriale (Italy), Diábolo (Spain), and Mojito (Uruguay). In the U.S., he was the artist for Spook from Red5 Comics and The Last Contract from BOOM! Studios. He is currently the artist on Redneck from Image Comics.

“I’m thrilled to work with Jeff on a story that mixes different genres so well, that has this deep human touch, and also lets me try some new graphic techniques,” said artist, Lisandro Estherren. “I think readers will love it!”

“Judas and The Last Contract are two books that are very near and dear to me, so I was thrilled by the prospect of Jeff & Lisandro joining forces for STRANGE SKIES OVER EAST BERLIN,” said Eric Harburn, Senior Editor, BOOM! Studios. “This series is yet another raising of the bar — if you haven’t read a Loveness or Estherren book yet, then this is your chance to find out why this is one of our most exciting launches of the year.”

Print copies of STRANGE SKIES OVER EAST BERLIN #1 will be available for sale October 2, 2019 exclusively at local comic book shops (use comicshoplocator.com to find the nearest one) or at the BOOM! Studios webstore. Digital copies can be purchased from content providers, including comiXology, iBooks, Google Play, and the BOOM! Studios app.

For continuing news on STRANGE SKIES OVER EAST BERLIN and more from BOOM!, stay tuned to www.boom-studios.com and follow @boomstudios on Twitter. 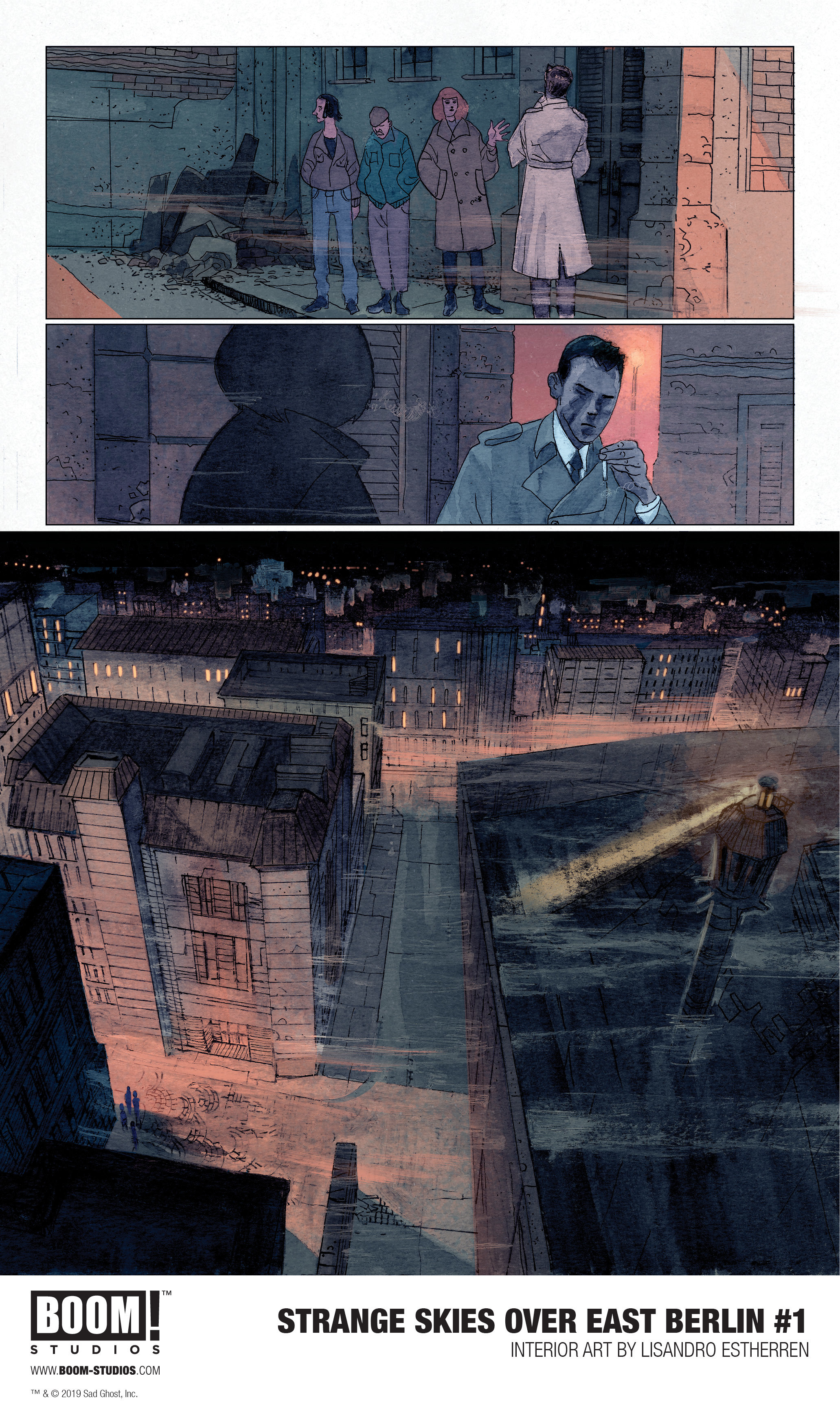 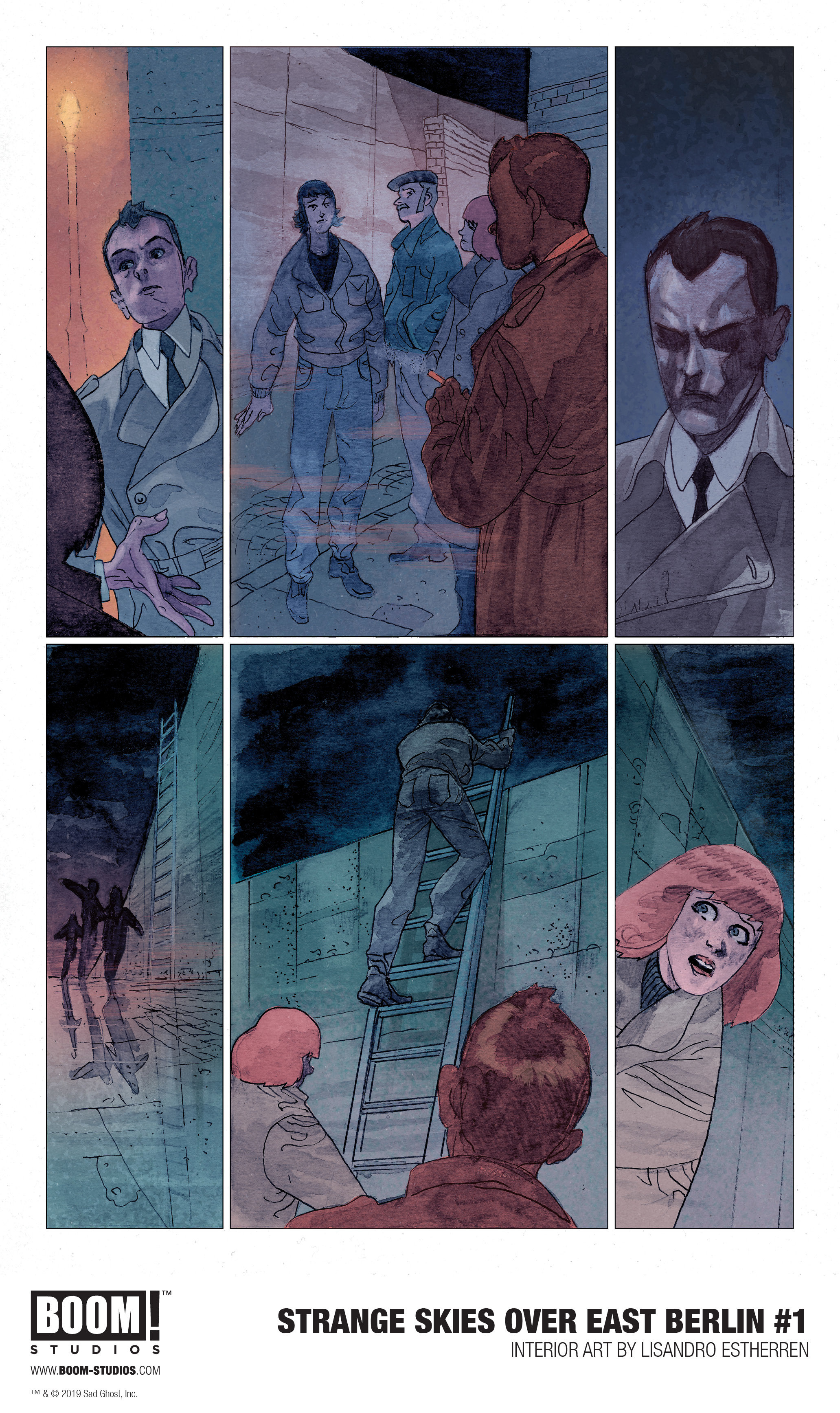 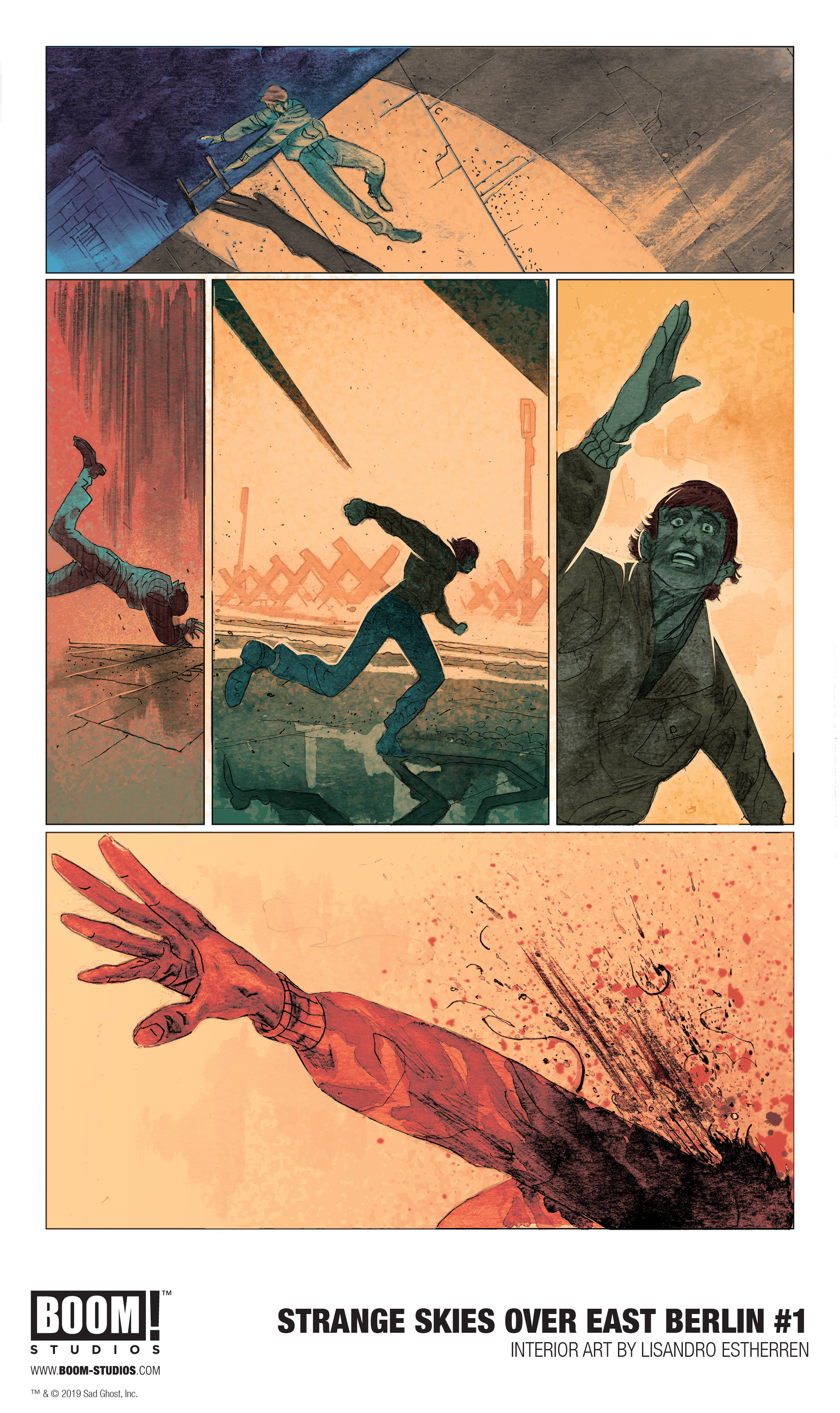 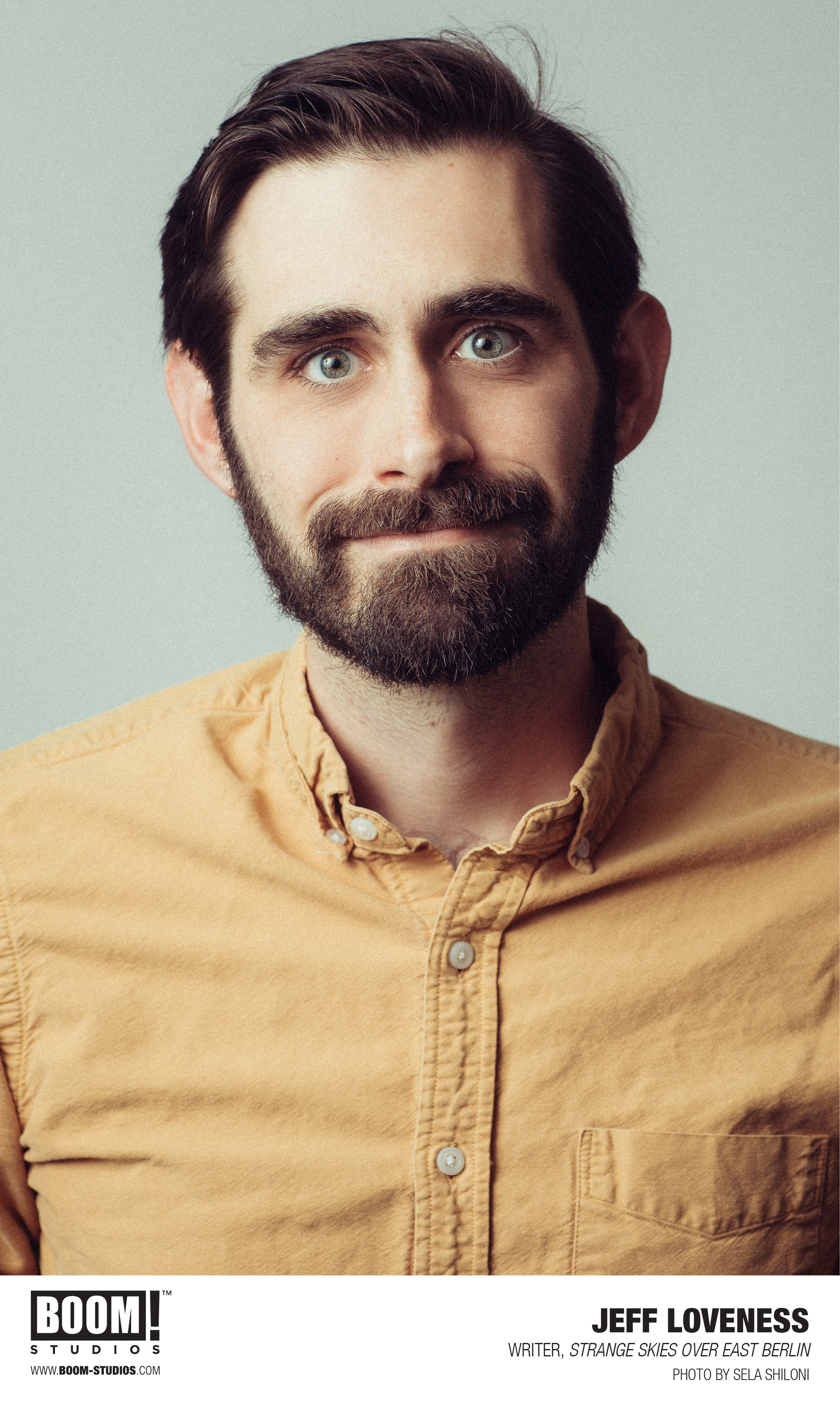 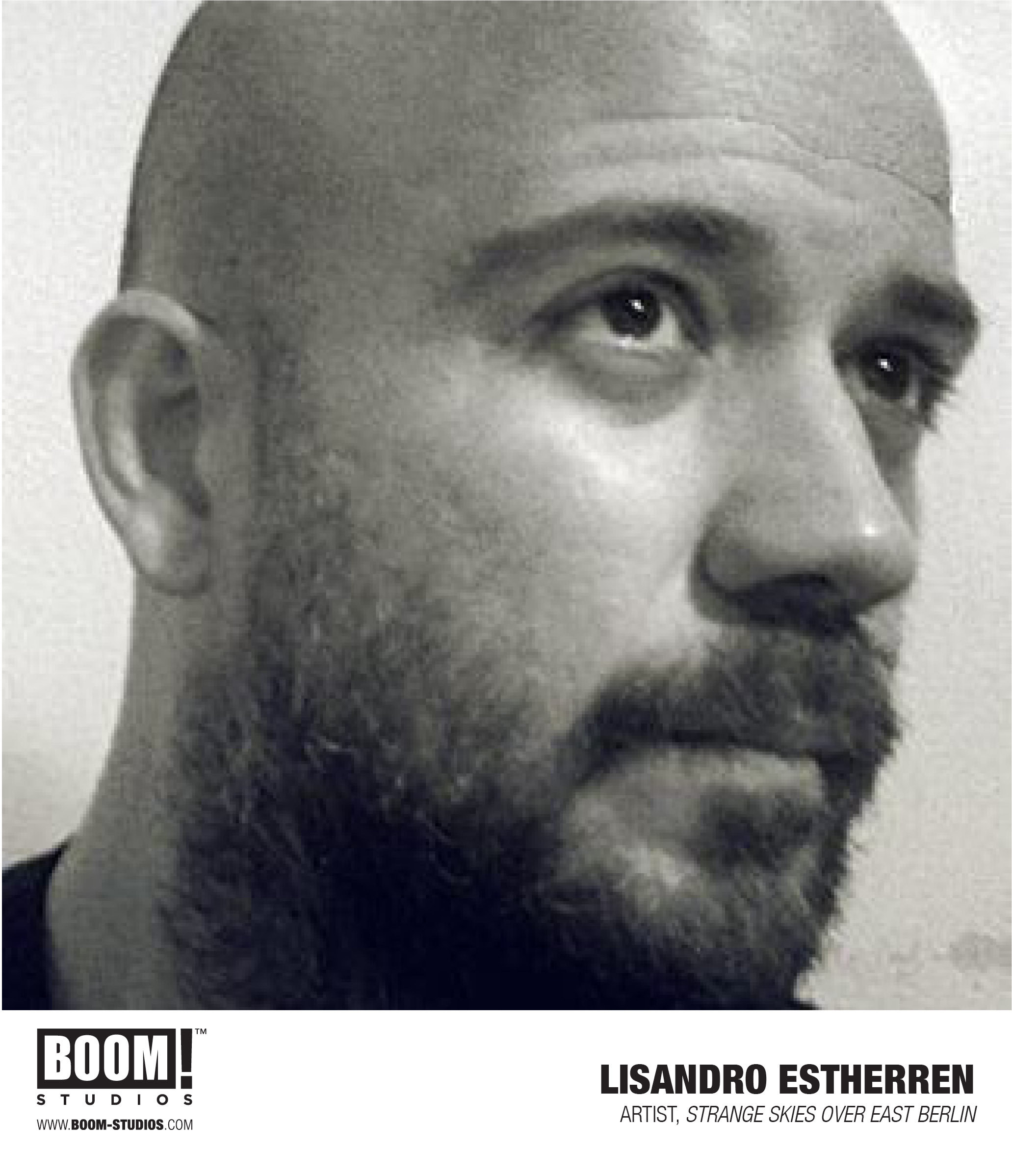 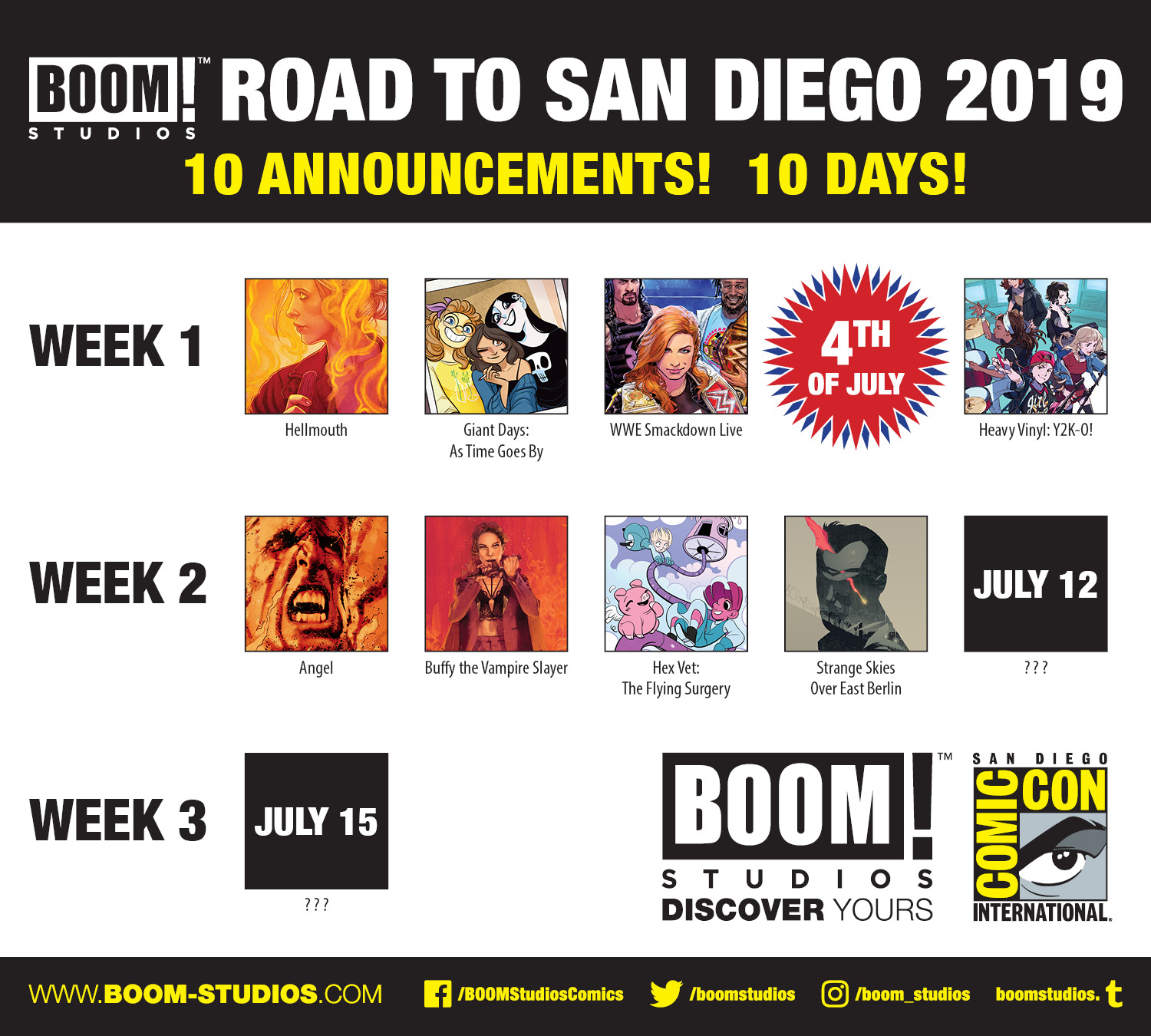