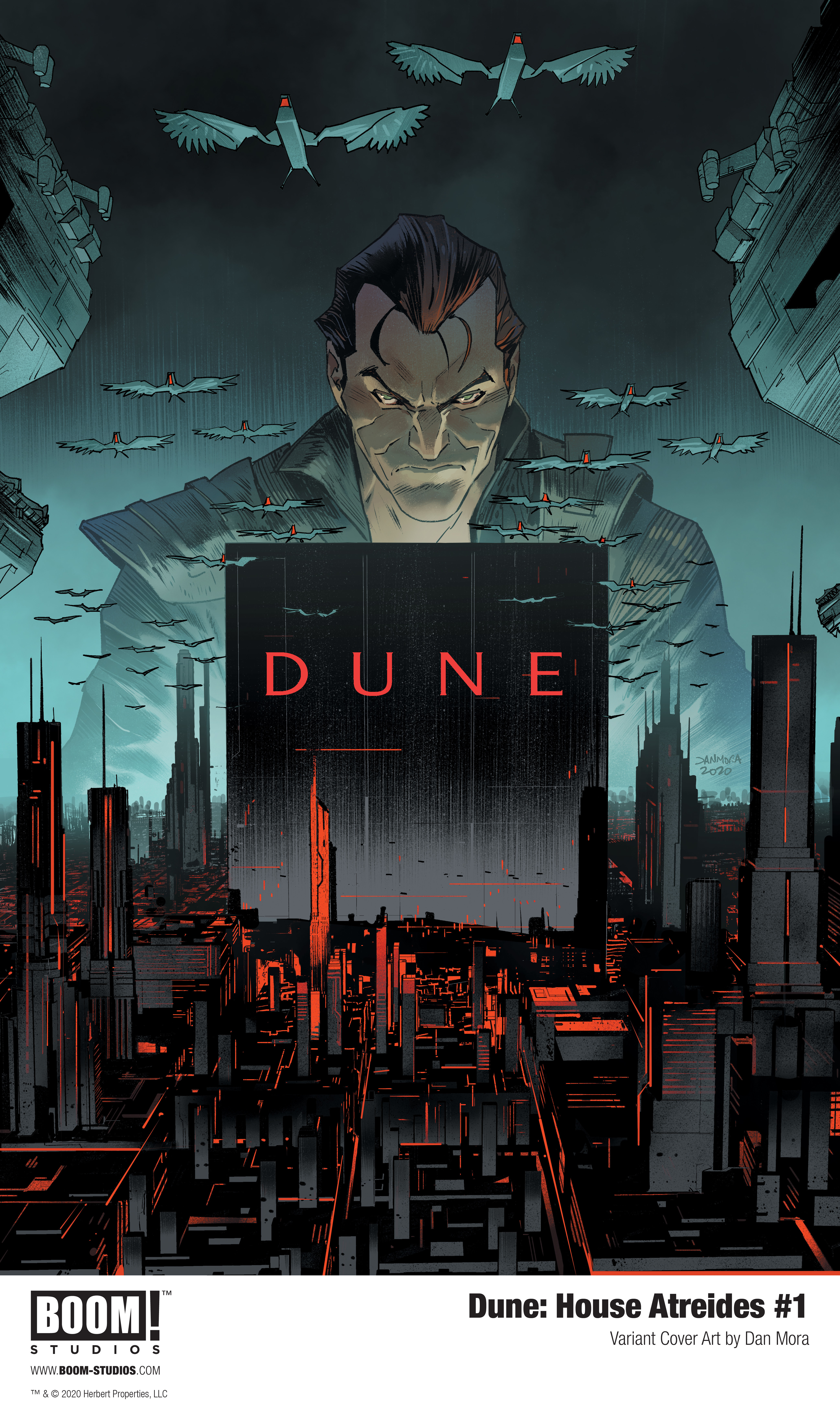 LOS ANGELES, CA (July 16, 2020) – BOOM! Studios today announced the star-studded creative team for DUNE: HOUSE ATREIDES #1, the series premiere of a twelve-issue DUNE: HOUSE ATREIDES comic book series arriving in stores October 2020. This will be adapted & scripted by Brian Herbert and Kevin J. Anderson, who co-wrote the eponymous prequel novel based on Frank Herbert’s notes and illustrated by artist Dev Pramanik (Paradiso) and colorist Alex Guimarães, in partnership with Herbert Properties LLC and in full coordination with Abrams ComicArts, who are publishing in the fall the first of three graphic novel adaptations of Herbert’s original classic novel DUNE.

“Dune is one of the most exciting and important sci-fi worlds ever created – so once we had Brian and Kevin onboard, we knew we needed some of the best artists in the business to deliver the kind of series that would deliver on the epic story they’re telling. Dev and Alex bring an exciting look to the world of Dune, with Vladimir Harkonnen and Duke Leto visualized for the very first time in comic book format. Add in superstar artists like Jae Lee and Dan Mora bringing jaw dropping covers and you’ve got a series unlike anything else in comics.” said Dafna Pleban, Senior Editor, BOOM! Studios.

Print copies of DUNE: HOUSE ATREIDES #1 will be available on October 21, 2020 at local comic book shops (use comicshoplocator.com to find the one nearest you), or at the BOOM! Studios webstore. Digital copies can be purchased from content providers like comiXology, iBooks, Google Play, and Madefire. 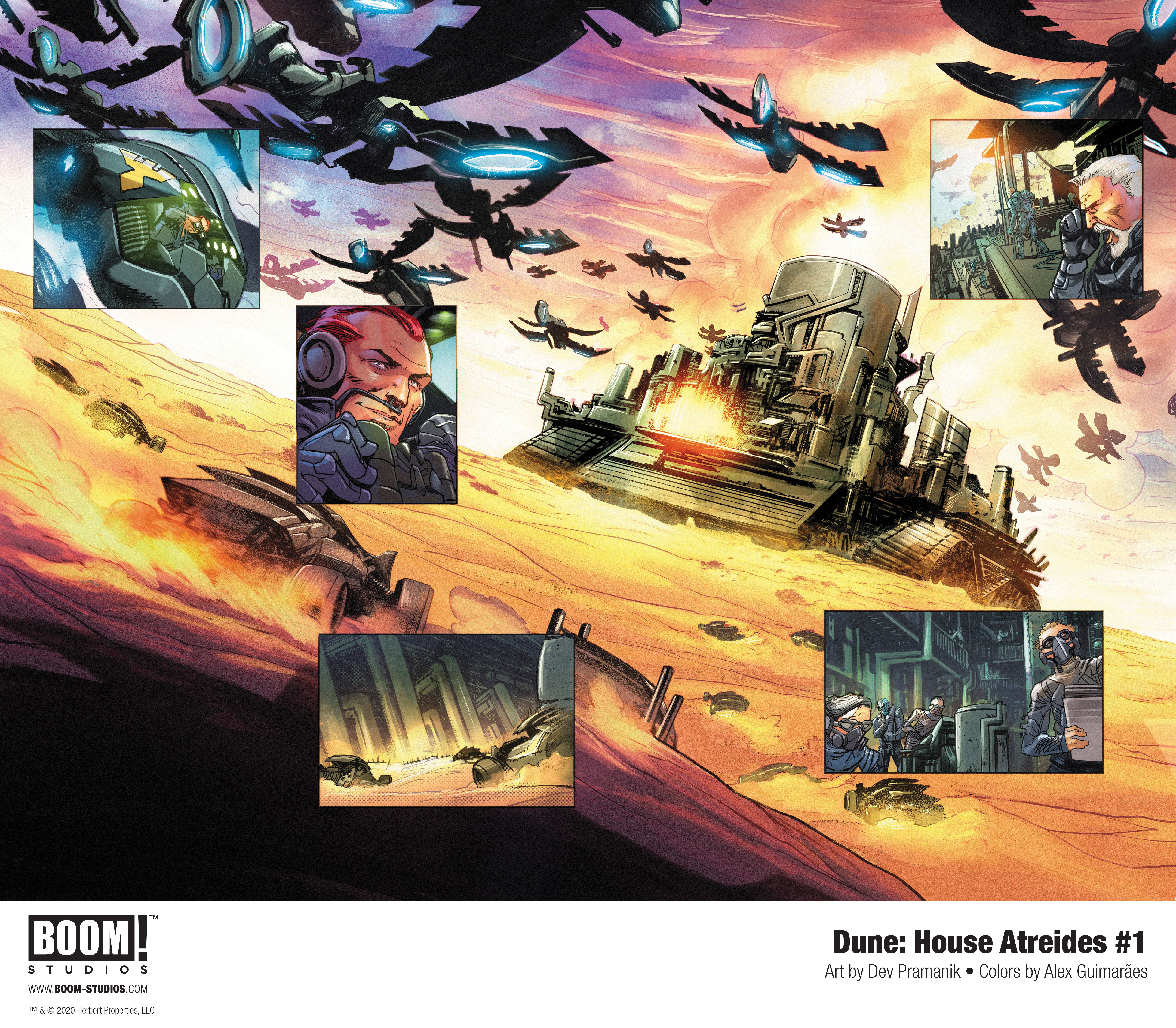 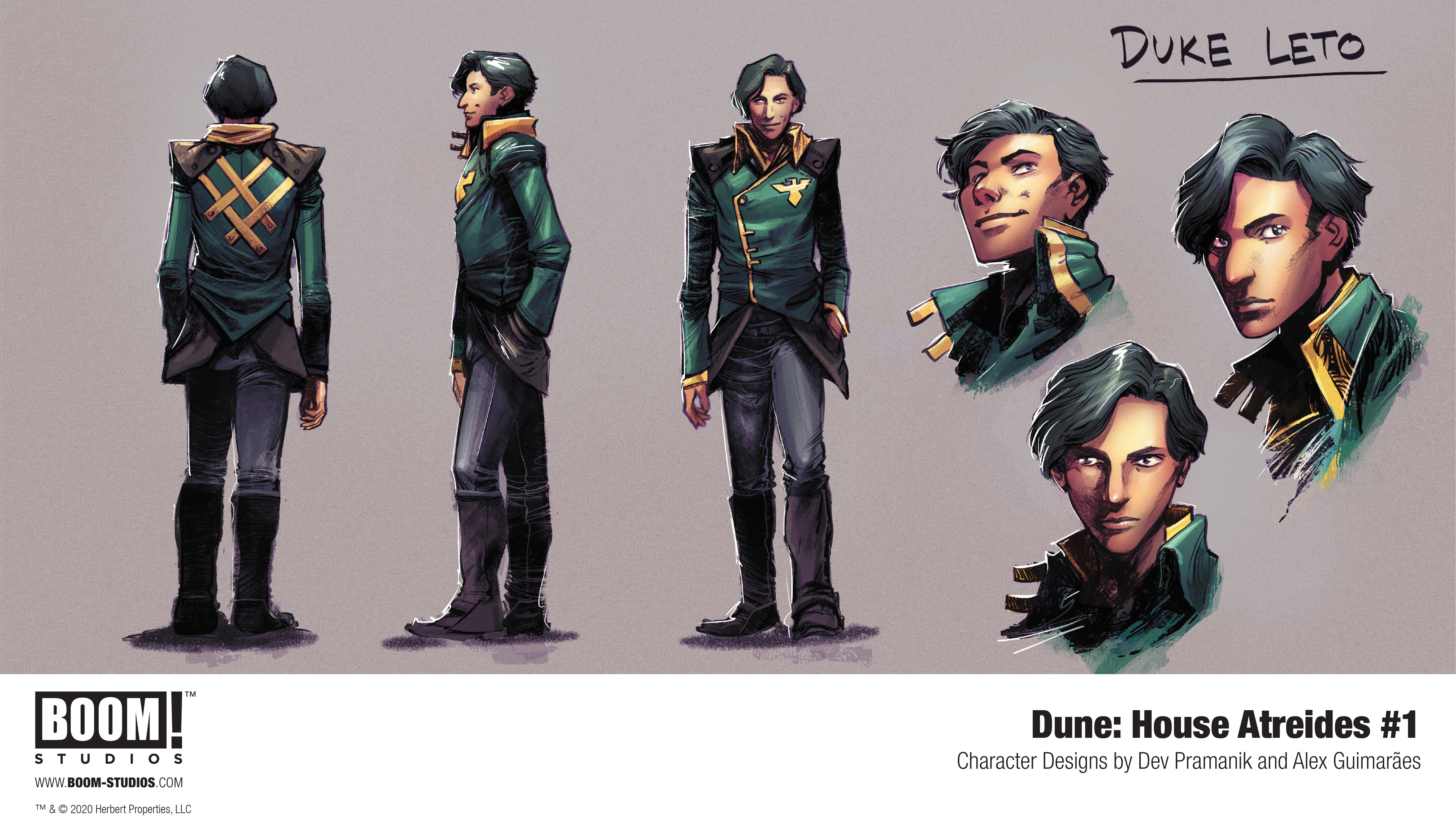 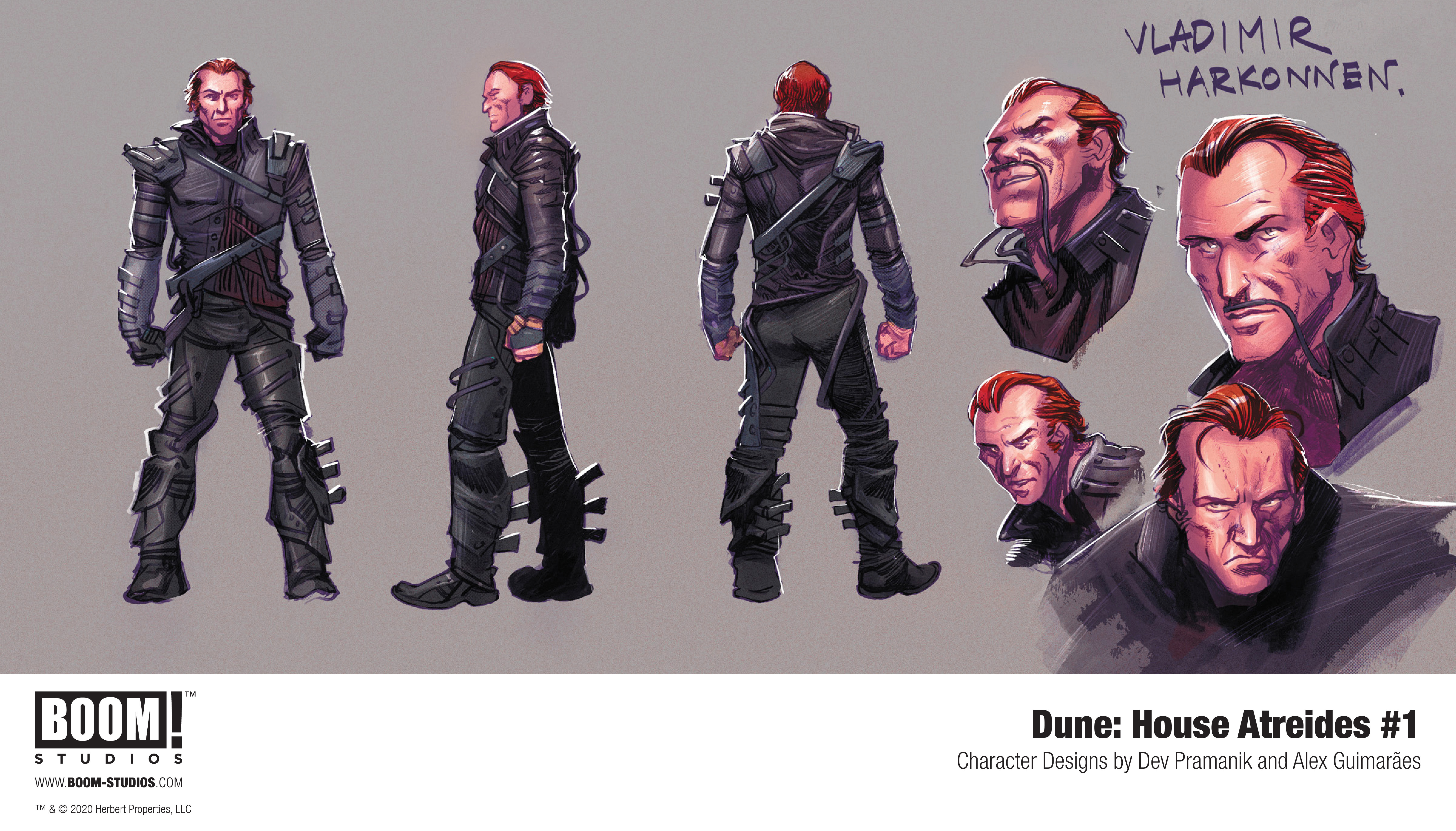