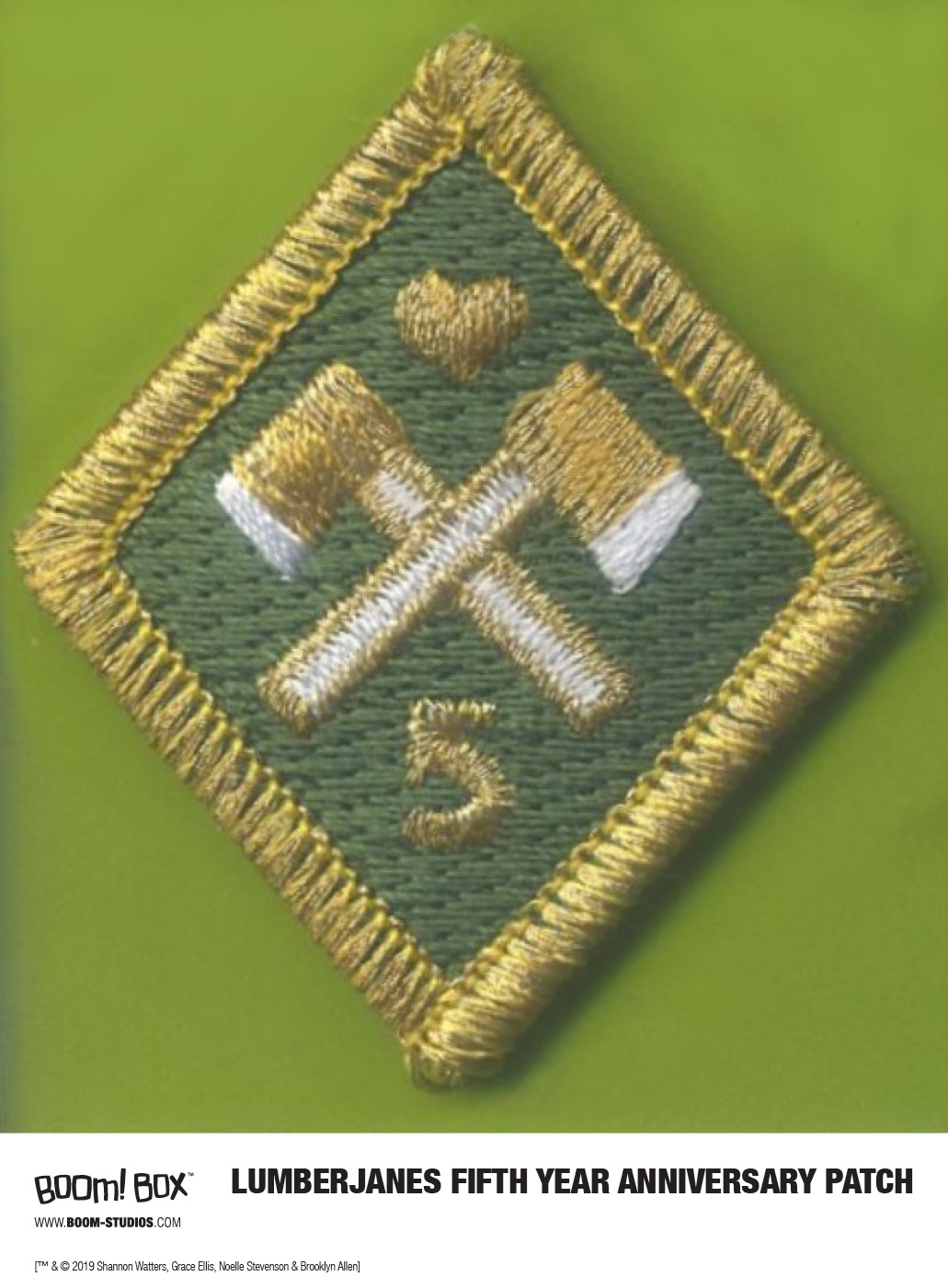 BOOM! Studios presents BOOM! STUDIOS: DISCOVER YOURS AT WONDERCON, where an all-star group of creators get together to discuss their personal journeys into comics and spotlight what’s new and exciting on Saturday, 3/30, and LUMBERJANES: CELEBRATING FIVE YEARS OF FRIENDSHIP!, the official fifth anniversary celebration of the pop culture phenomenon that’s sold over a million copies worldwide, on Sunday, 3/31, where fans will receive a very special LUMBERJANES Fifth Anniversary embroidered patch, exclusive to the panel. Full details below:

Visit the award-winning publisher’s booth (#1301) for the exclusive chance to meet your favorite creators and celebrities, including actors David Yost, the Blue Ranger, and Walter Jones, the Black Ranger on the hit television series Mighty Morphin Power Rangers, as well as a diverse array of talent from BOOM! Studios award-winning graphic fiction lineup. Fans will have the opportunity to get exclusive merchandise signed by these special guests at the BOOM! Studios booth. Signing schedule below: