All the World’s a Stage and Greg, Wirt, and Beatrice are Merely Players in August 2019 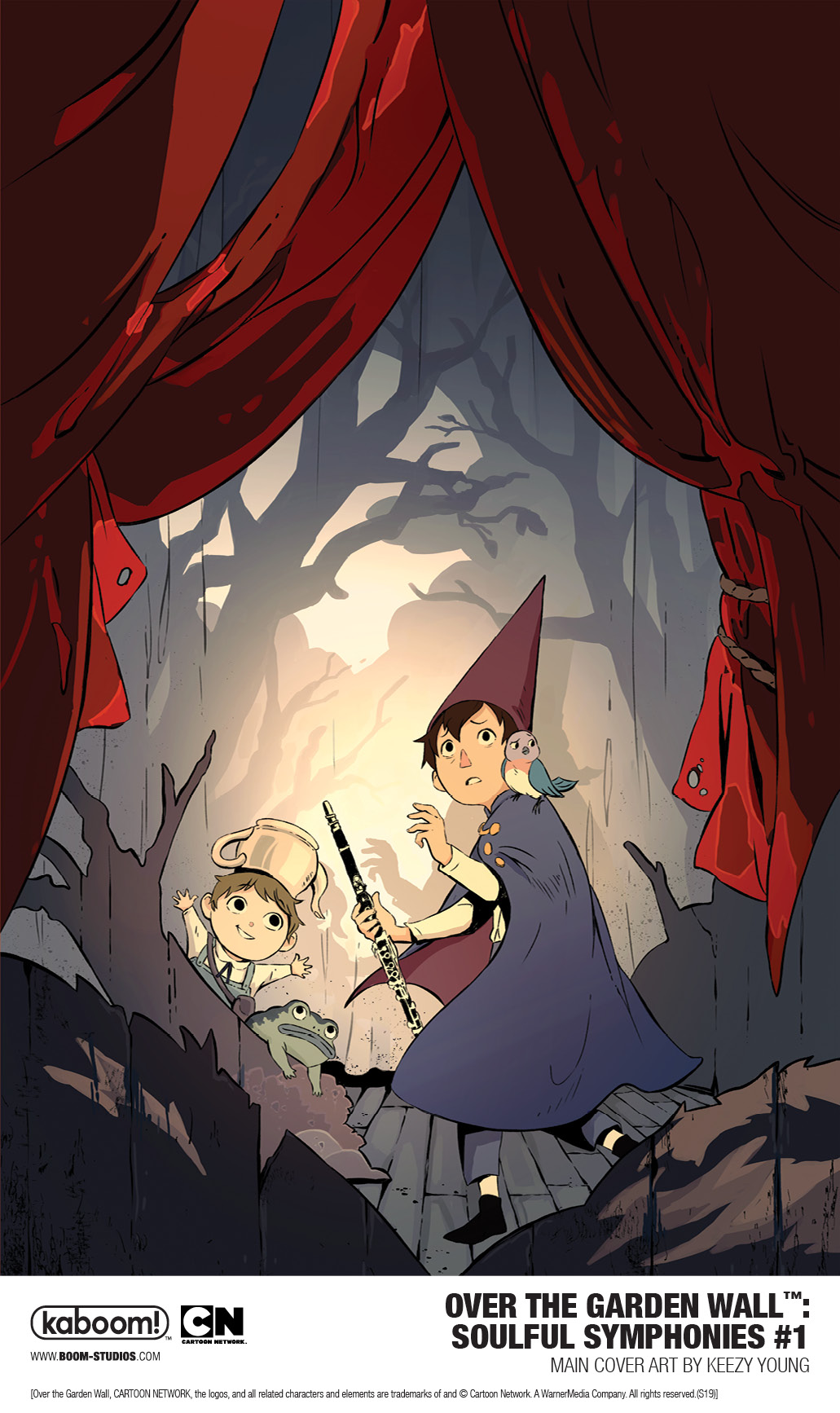 LOS ANGELES, CA (May 16, 2019) – BOOM! Studios is proud to announce OVER THE GARDEN WALL: SOULFUL SYMPHONIES, a brand new five issue limited comic book series set in the world inspired by the Emmy® Award-winning Cartoon Network animated series, Over The Garden Wall, written by Birdie Willis and illustrated by Rowan MacColl. Greg, Wirt, and Beatrice wander into a theater town and take center stage in a play that might not end the way they expect, available in August 2019.

Greg, Wirt, and Beatrice are ready for a break from the danger and excitement of their journeys through The Unknown. Luckily, they stumble upon a quaint little town  full of theaters and stages but no players or musicians, leaving it mercifully quiet… but maybe a little too quiet. When a charming young woman offers Greg and Wirt the roles of a lifetime in the play at her family theater, as well as a place to stay, they decide to audition for the production and test out their acting chops. But who exactly are the three stage sisters running the show and where is everyone else in the town?

Over the Garden Wall is the hit animated television miniseries created by Patrick McHale for Cartoon Network. The show follows two half-brothers as they journey through the strange and haunting Unknown, with Beatrice, a talking bird, as their companion as they search for a way home. The show is based on McHale’s animated short film Tome of the Unknown, which was produced as part of Cartoon Network Studios’ shorts development program. Over the Garden Wall was broadcast throughout the week of November 3, 2014 to November 7, 2014.

“The thing I liked best about writing this particular Over the Garden Wall story is that it speaks to my inner nerdy theater kid. Certain elements of the show remind me of a play – narration, songs, opening and closing title cards like curtains – what better way to celebrate than to put Wirt and Greg and Beatrice in a theatrical setting?” said writer, Birdie Willis.

“When I was younger, I was a big nerd that loved listening to show tunes while drawing my comics.” said artist, Rowan MacColl. “Working on SOULFUL SYMPHONIES has been such a fun experience because of this: I get to combine my esoteric love of musicals and comics in one joyful medley that I can’t wait for everyone to hear (or, uh, read).”

OVER THE GARDEN WALL: SOULFUL SYMPHONIES is the latest release from BOOM! Studios’ award-winning KaBOOM! imprint, home to comics for middle grade and younger readers including licensed series such as Adventure Time, Steven Universe, Regular Show, Ben 10, and Over The Garden Wall, along with original series like Just Beyond: The Scare School by R.L. Stine and Kelly & Nichole Matthews, Hex Vet by Sam Davies, RuinWorld by Derek Laufman,  Hotel Dare by Terry Blas and Claudia Aguirre, and Pandora’s Legacy by Kara Leopard, Kelly & Nichole Matthews.

“Greg and Wirt literally take center stage in this fun and frightening exploration of the highs and lows of being a performing artist” said Matthew Levine, Editor, BOOM! Studios. “Birdie and Rowan have a lot of surprises in store for Over the Garden Wall fans and you can bet your money on some incredible song and dance numbers.”

Print copies of OVER THE GARDEN WALL: SOULFUL SYMPHONIES #1 will be available for sale in August 7, 2019 at exclusively at local comic book shops (use comicshoplocator.com to find the nearest one) or at the BOOM! Studios webstore. Digital copies can be purchased from content providers, including comiXology, iBooks, Google Play, and the BOOM! Studios app.

For more on OVER THE GARDEN WALL: SOULFUL SYMPHONIES and more from KaBOOM!, stay tuned to www.boom-studios.com and follow @boomstudios on Twitter. 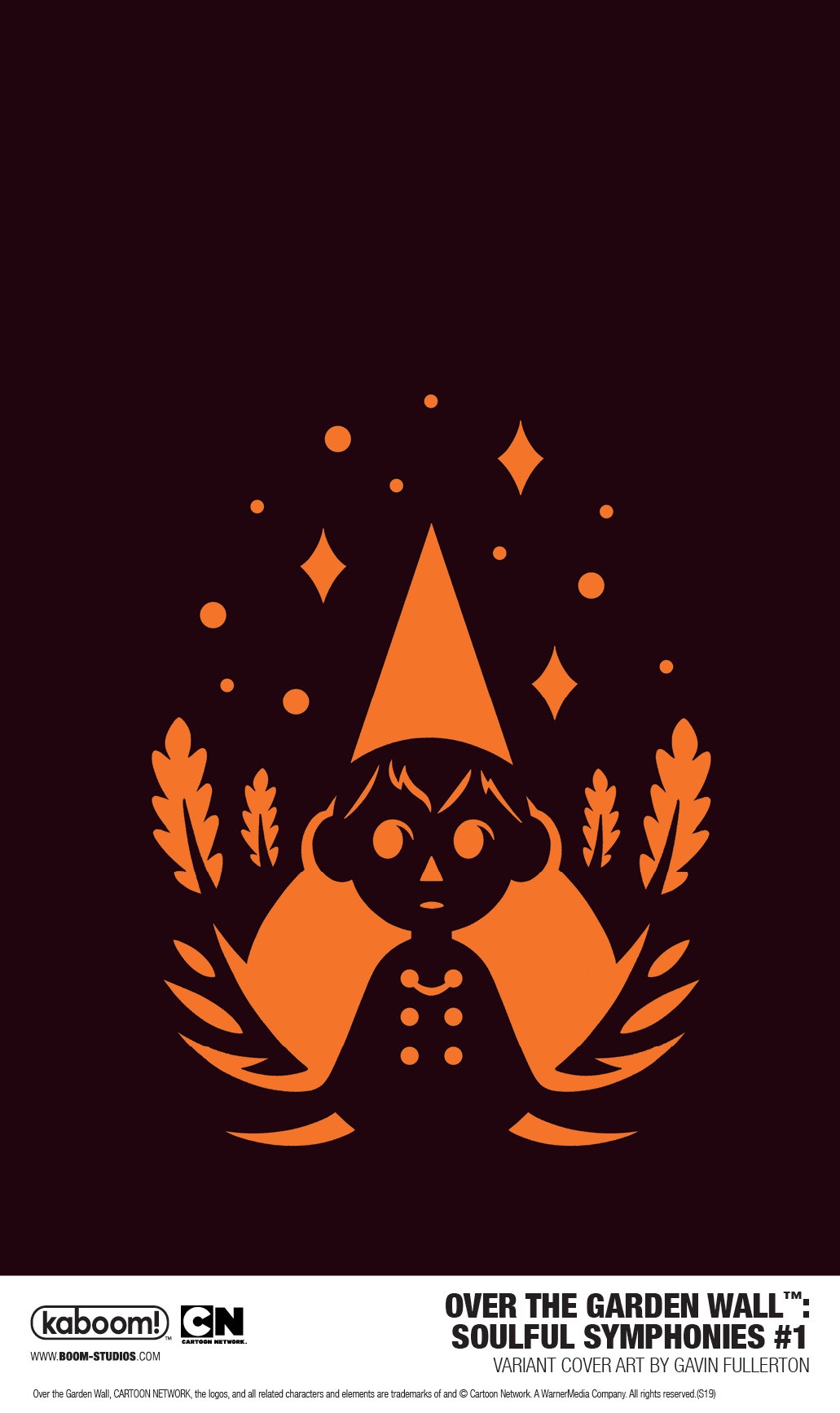 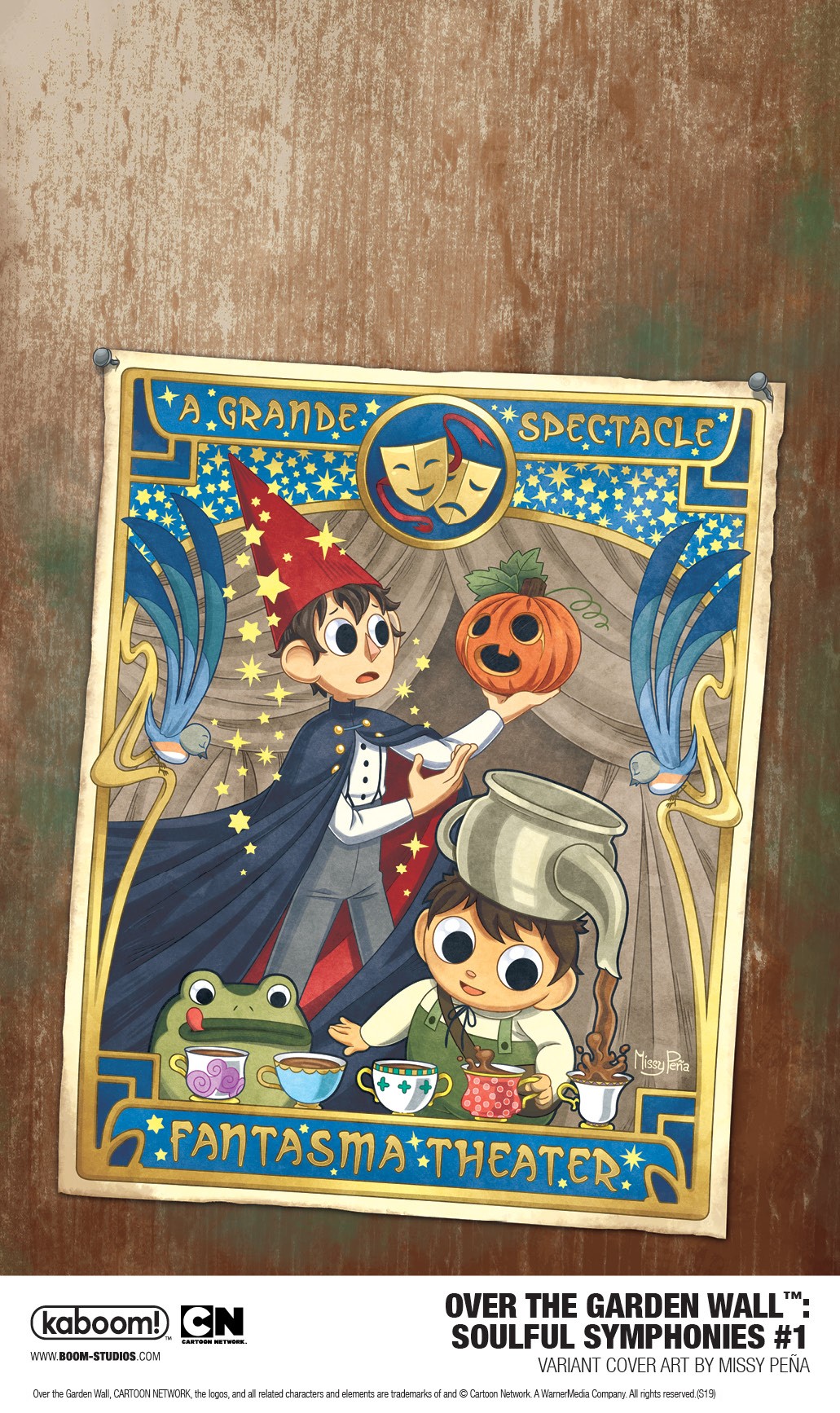