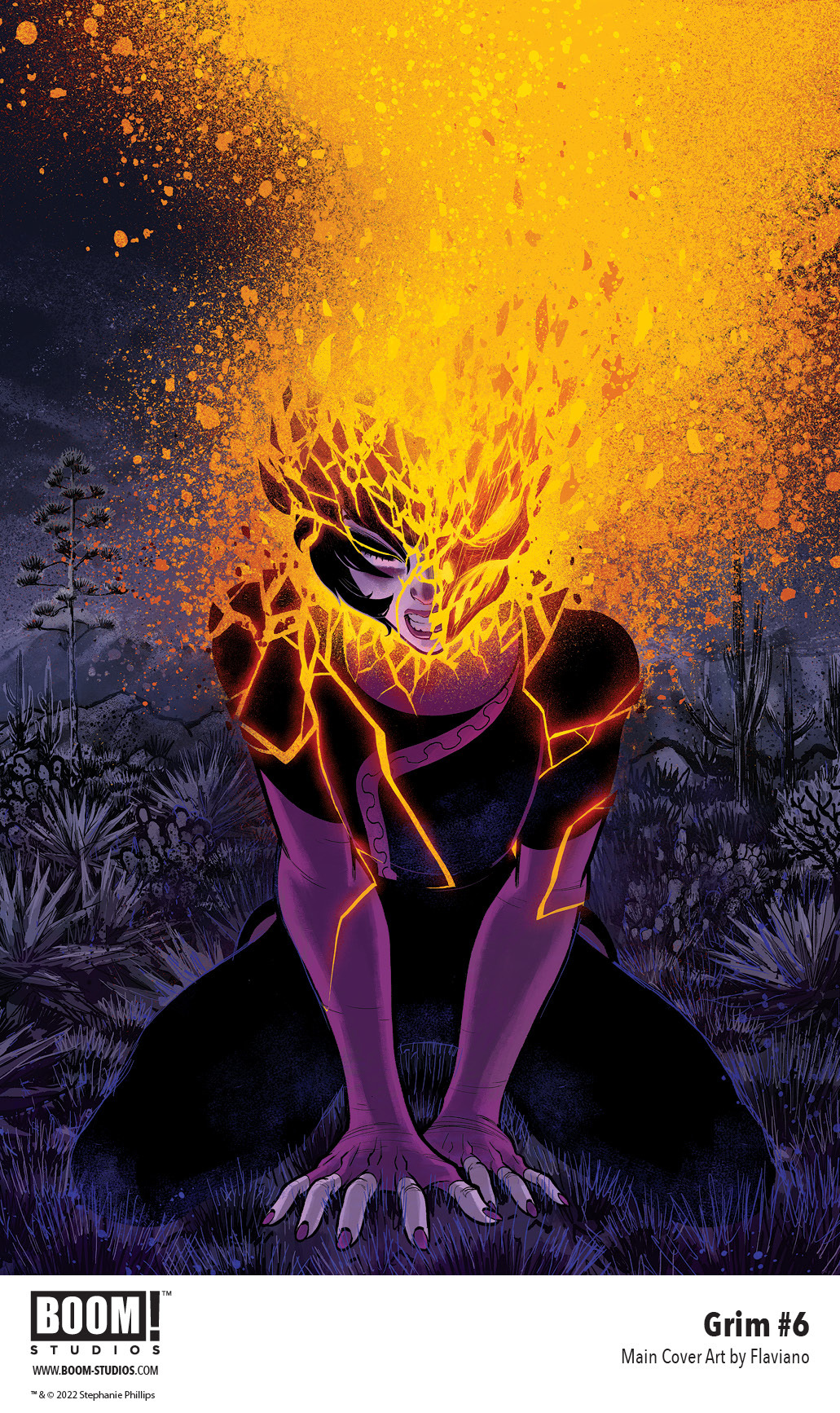 The Era of DEVILS & DUST begins here for the GRIM Reapers! Trapped in Las Vegas—the City of Sin—Jessica, Eddie, and Marcel encounter a fabulous twist on legendary figures of Greek myth, as well as someone with the authority to get them out of their phantasmal dilemma… but for a price!

GRIM #6 features main cover art by series artist Flaviano, and variant cover art by acclaimed illustrators Justine Florentino (Something is Killing the Children), Toni Infante (We Only Find Them When They’re Dead), and more.

“Stephanie, Flaviano, Rico, and Tom’s enthralling work on this series is undeniable, and we’re very happy to say that Death was just the beginning for Jessica Harrow and her fellow Reapers,” said Eric Harburn, Executive Editor, BOOM! Studios.

GRIM is the newest release from BOOM! Studios’ eponymous imprint, home to critically acclaimed original series, including BRZRKR by Keanu Reeves, Matt Kindt, and Ron Garney; Something is Killing the Children by James Tynion IV and Werther Dell’Edera; Once & Future by Kieron Gillen and Dan Mora; We Only Find Them When They’re Dead by Al Ewing and Simone Di Meo; Basilisk by Cullen Bunn and Jonas Scharf; and the upcoming series Briar by Christopher Cantwell and Germán García; Stuff of Nightmares by R.L. Stine and A,L. Kaplan; The Approach by Jeremy Haun, Jason A. Hurley, and Jesus Hervas; Damn Them All by Simon Spurrier and Charlie Adlard; Behold, Behemoth by Tate Brombal and Nick Robles; Specs by David M. Booher and Chris Shehan; and Once Upon a Time at the End of the World by Jason Aaron, Alexandre Tefenkgi, Leila del Duca, and Nick Dragotta. The imprint also publishes popular licensed properties, including Dune: Waters of Kanly from Brian Herbert, Kevin J. Anderson, and Francesco Mortarino; Mighty Morphin and Power Rangers from Ryan Parrott, Marco Renna, and Moises Hidalgo; and Magic from Jed McKay and Ig Guara.

Print copies of GRIM #6 will be available for sale in December 2022 exclusively at local comic book shops (use comicshoplocator.com to find the nearest one) or at the BOOM! Studios webstore. Digital copies can be purchased from content providers, including comiXology, iBooks, Google Play, and Kindle. 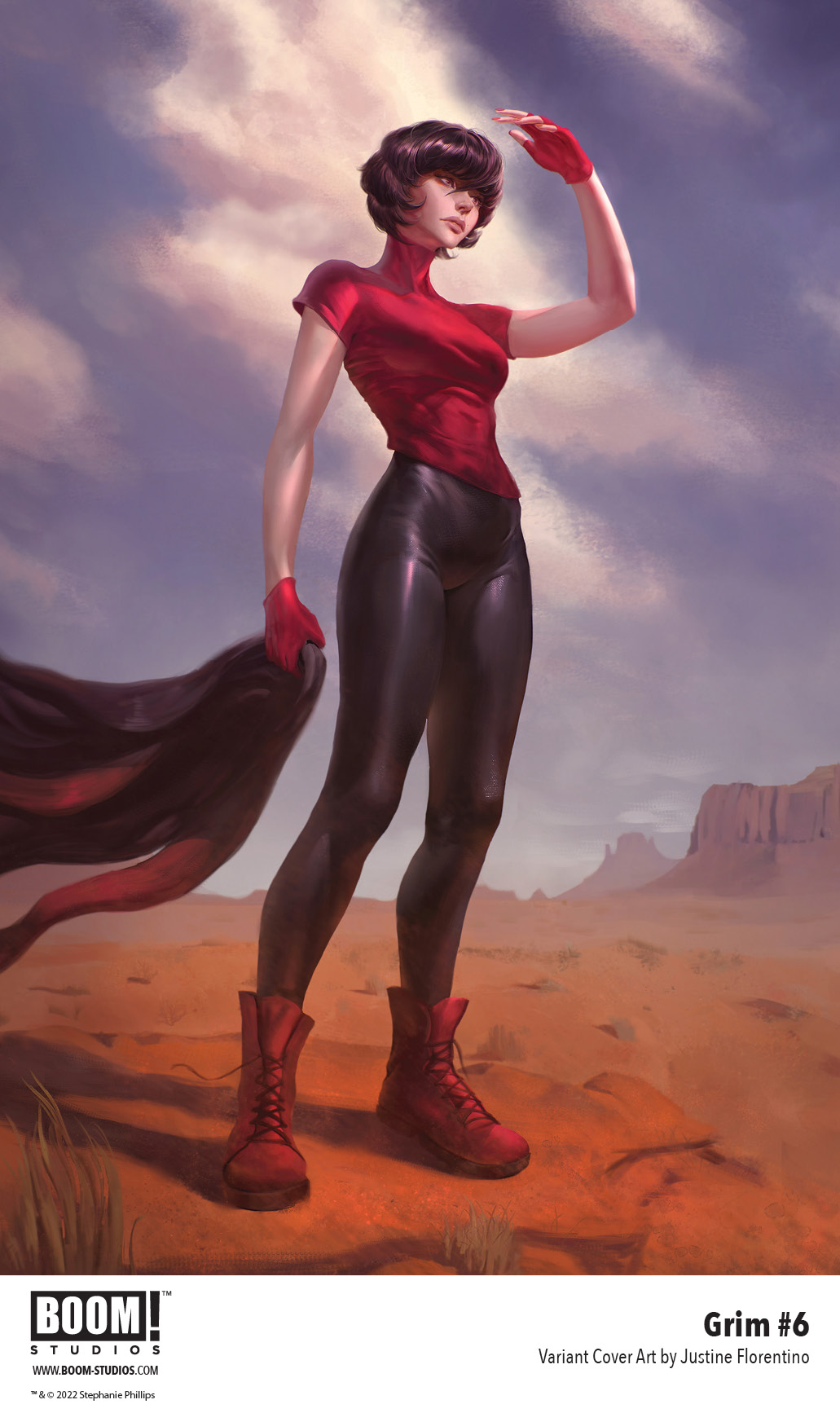 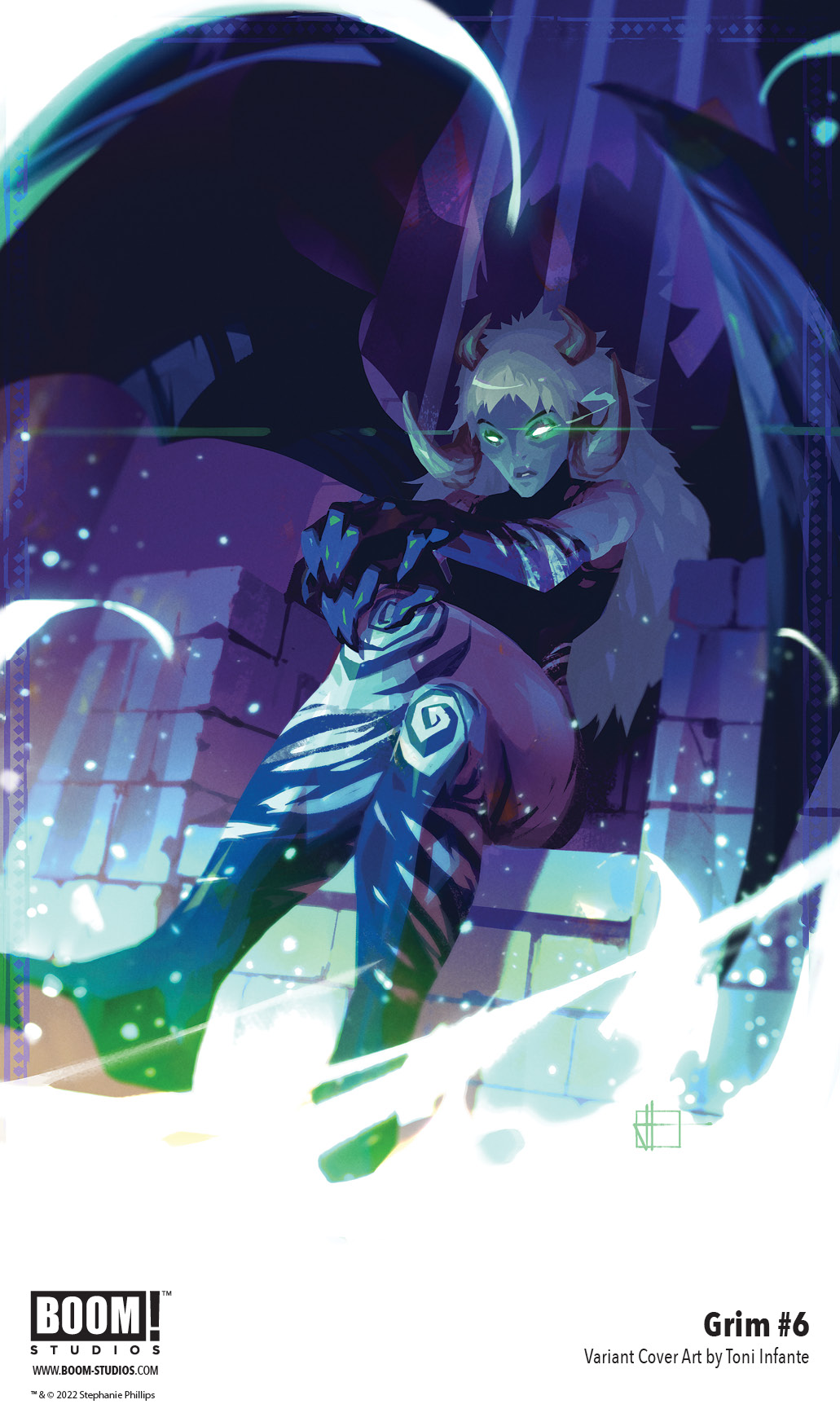