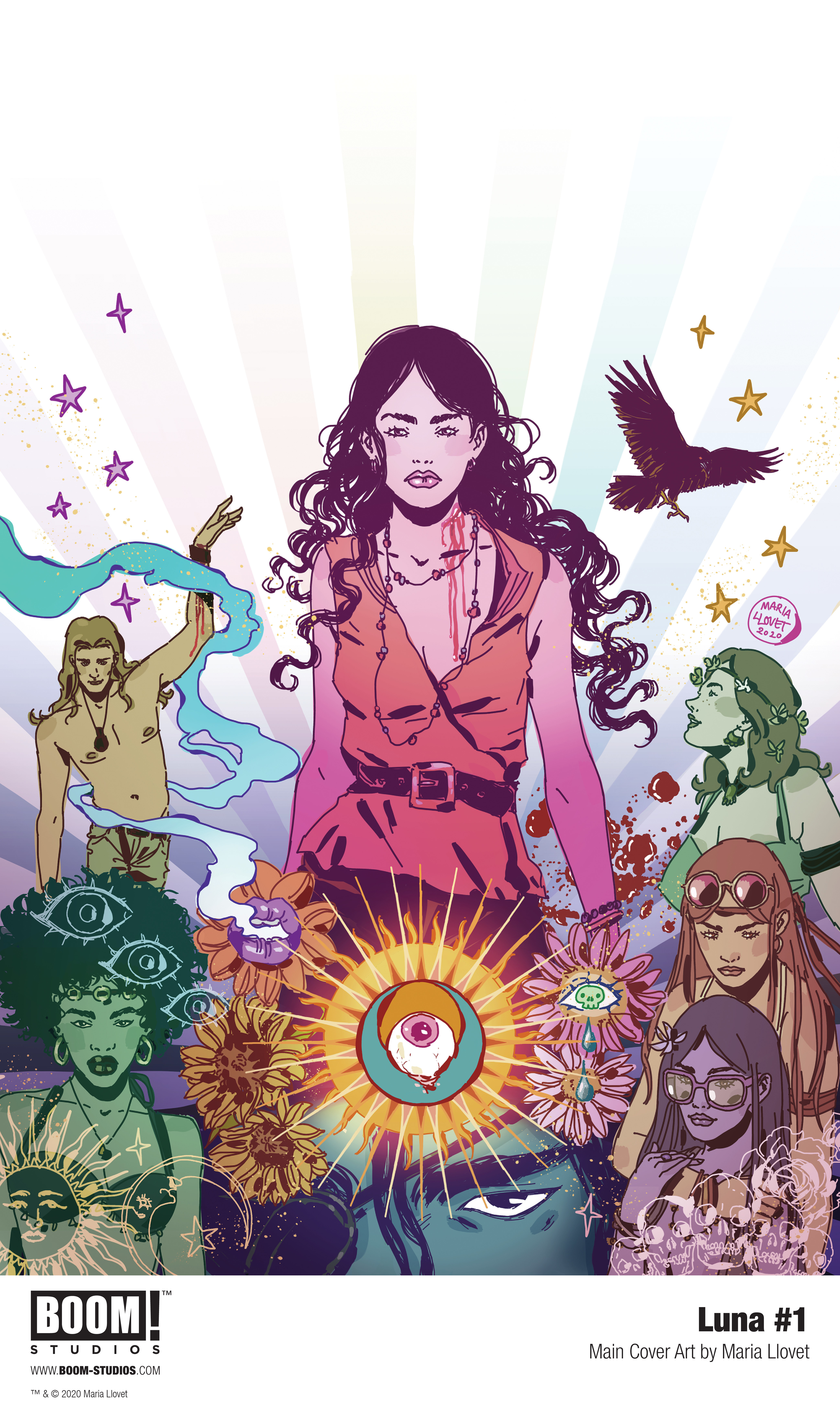 When Teresa fatefully crosses paths with the Family of the Sun, she believes them to be exactly what anyone else in the late ‘60s would expect – a hippie cult whose leader claims to have met the divine. But secret blood rituals, powerful drugs and sex runneth amok will bring Teresa face-to-face with the truth about the Family, herself and the dark secret behind her dreams.

Maria Llovet is a multidisciplinary artist from Barcelona, who has published several graphic novels, including There’s Nothing There and Loud. Llovet is currently the artist on Brian Azzarello’s series Faithless from BOOM! Studios. Her illustrations have been characterized by cinematic influences in its visual narrative, with sex and death as central themes permeating her work.

“LUNA is a lysergic story about love and destiny, but also betrayal, lies, and the lengths to which we would go in order to protect the ones we love.” said Llovet. “This is the first story I’ve ever written for the monthly comic book format, and I’m very excited to share it with readers everywhere.”

“Every one of Maria’s stories is a thrilling, charged journey into the heart of a woman’s desires, and LUNA is no exception,” said Sierra Hahn, Executive Editor, BOOM! Studios. “Maria continues to stun audiences with her richly detailed illustrations and stories that never hesitate to explore the darker side of humanity’s impulses, no matter where it might take them.”

Print copies of LUNA #1, for Mature Readers, will be available for sale in February 2021 exclusively at local comic book shops (use comicshoplocator.com to find the nearest one). Digital copies can be purchased from content providers, including comiXology, iBooks, Google Play, and Madefire.

For continuing news on LUNA and more from BOOM! Studios, stay tuned to boom-studios.com and follow @boomstudios on Twitter. 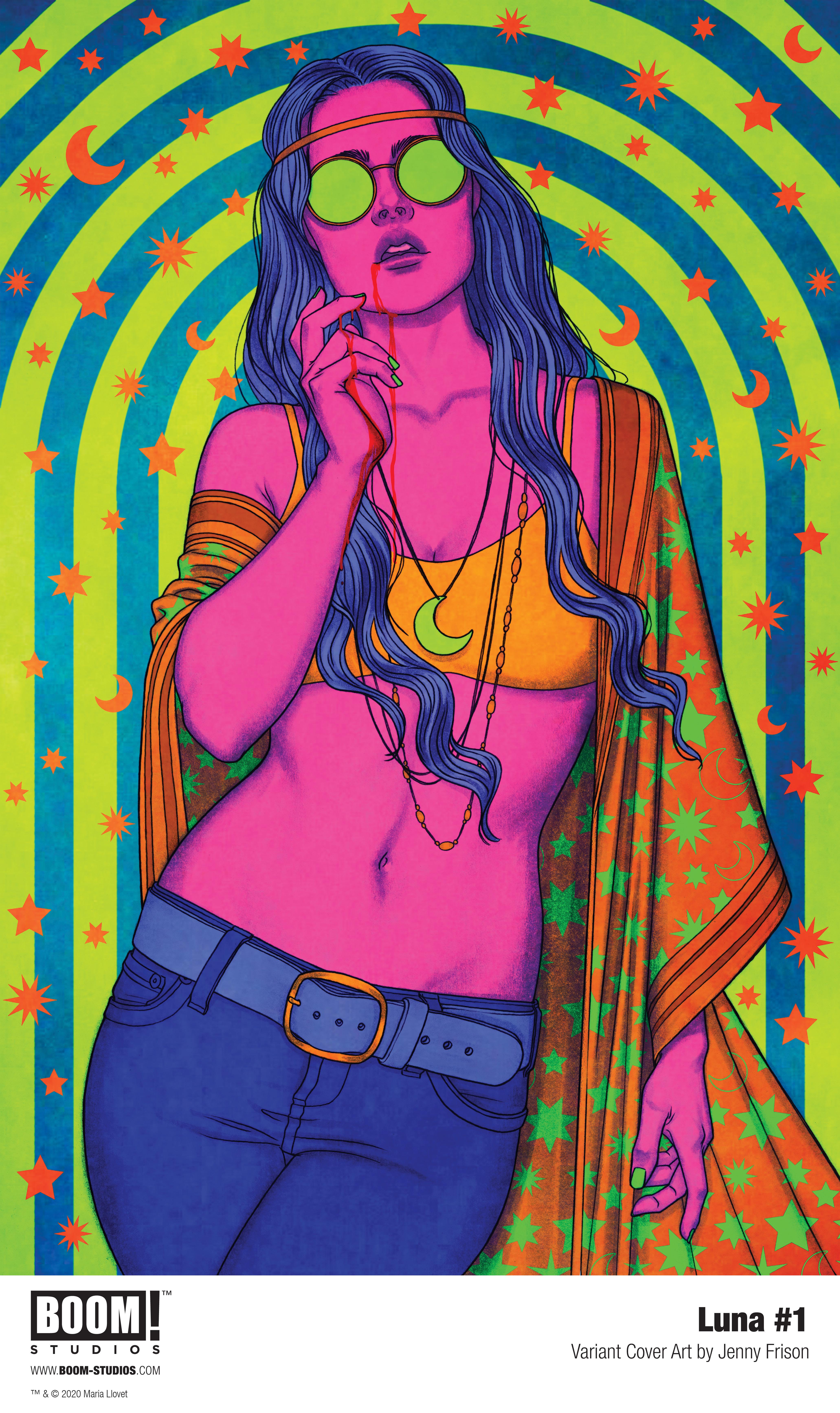 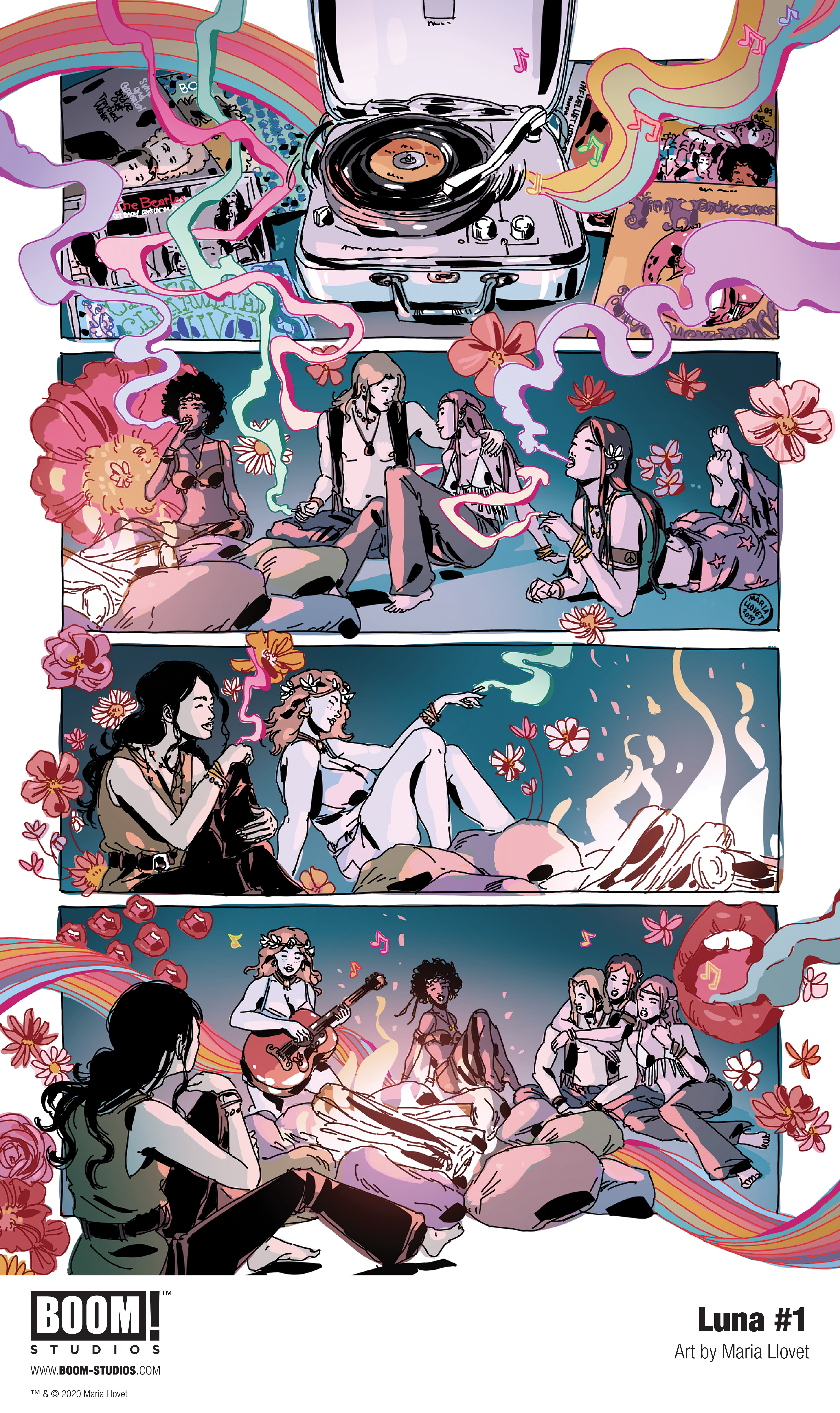