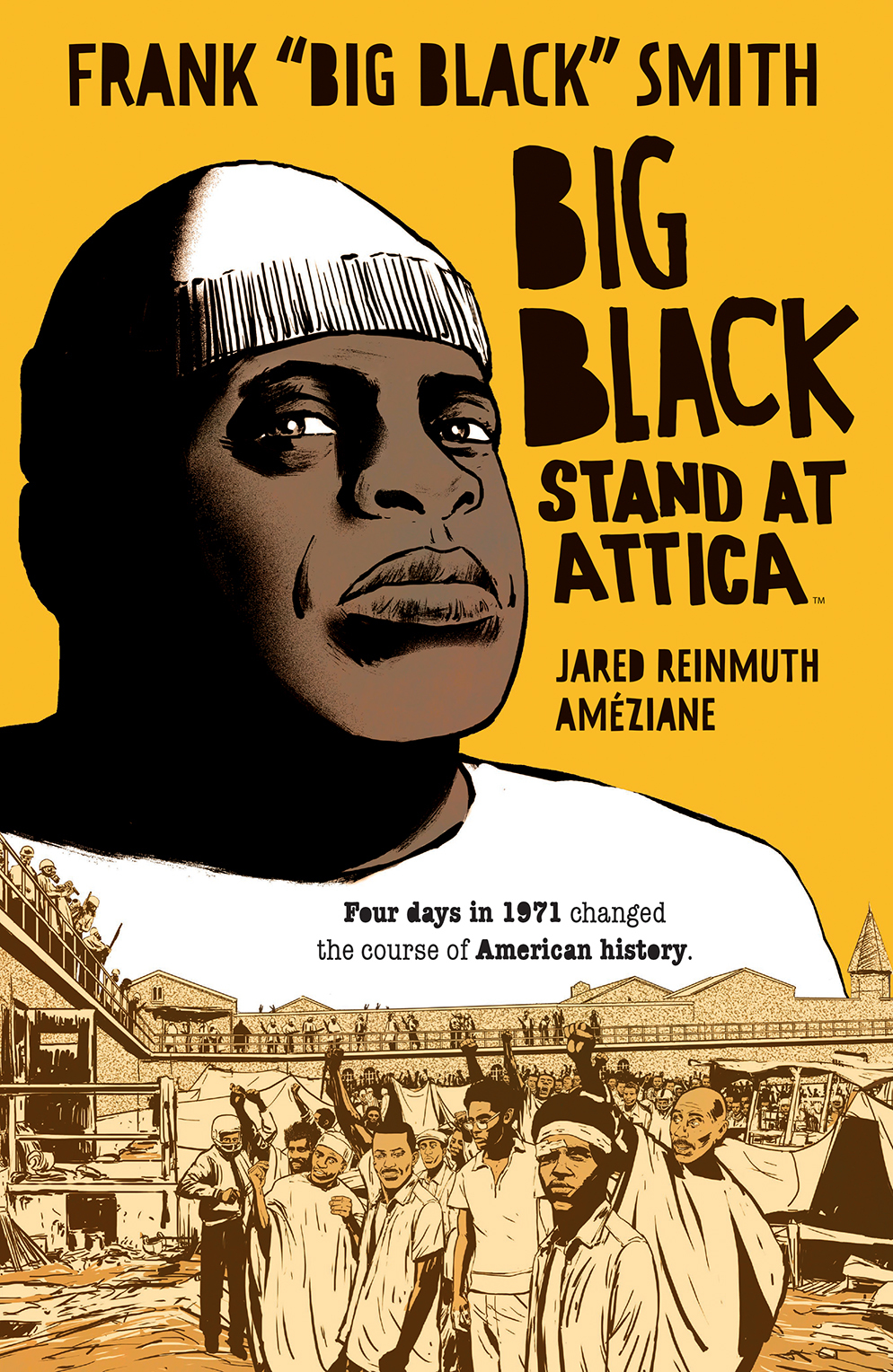 BIG BLACK: STAND AT ATTICA is an unflinching look at the true story about the price of standing up to injustice in what remains one of the bloodiest civil rights confrontations in American history, told for the very first time from the man at the center of it all – Frank “Big Black” Smith. Co-writer Jared Reinmuth will visit bookstores and libraries across New York state to meet with readers and sign copies of this historic release, with select appearances by special guests Daniel Meyers, one of the key lawyers in the decades-long lawsuit following the events of the 1971 Attica Prison Uprising, and Pearl “Battle” Smith, Frank “Big Black” Smith’s wife.

In the summer of 1971, New York’s Attica State Prison was a symbol of everything broken in America – prisoner abuse, rampant racism and a blind eye turned towards the injustices perpetrated on the powerless. But when the guards at Attica overreacted to a minor incident, the prisoners decided they’d had enough – and revolted against their jailers, taking them hostage and making demands for humane conditions.

A natural leader, Frank “Big Black” Smith found himself at the center of this uprising, struggling to protect hostages, prisoners and negotiators alike. But when the only avenue for justice seemed to be negotiating with Governor Nelson Rockefeller, Big Black soon discovered that a peaceful resolution for the prisoners in Attica was unattainable.

The BIG BLACK: STAND AT ATTICA Winter Book Tour stops include several locations, beginning with the New York City institution, Strand Bookstore, on February 17, to celebrate the release of the graphic memoir.

BIG BLACK: STAND AT ATTICA is the latest release from BOOM! Studios’ award-winning Archaia imprint, home to inspiring graphic novels such as The Realist by Asaf Hanuka, Girl on Film by Cecil Castellucci and Vicky Leta, Melissa Duffy, V. Gagnon & Jon Berg, New World by David Jesus Vignolli, About Betty’s Boob by Vero Cazot and Julie Rocheleau, Waves by Ingrid Chabbert and Carole Maurel, The Grand Abyss Hotel by Marcos Prior and David Rubín, and more.

Print copies of BIG BLACK: STAND AT ATTICA will be available at local comic book shops (use comicshoplocator.com to find the nearest one) on February 12, 2020, bookstores on February 18, 2020, or at the BOOM! Studios webstore. Digital copies can be purchased from content providers, including comiXology, iBooks, Google Play, and Madefire.

For continuing news on BIG BLACK: STAND AT ATTICA and more from BOOM! Studios, stay tuned to www.boom-studios.com and follow @boomstudios on Twitter. 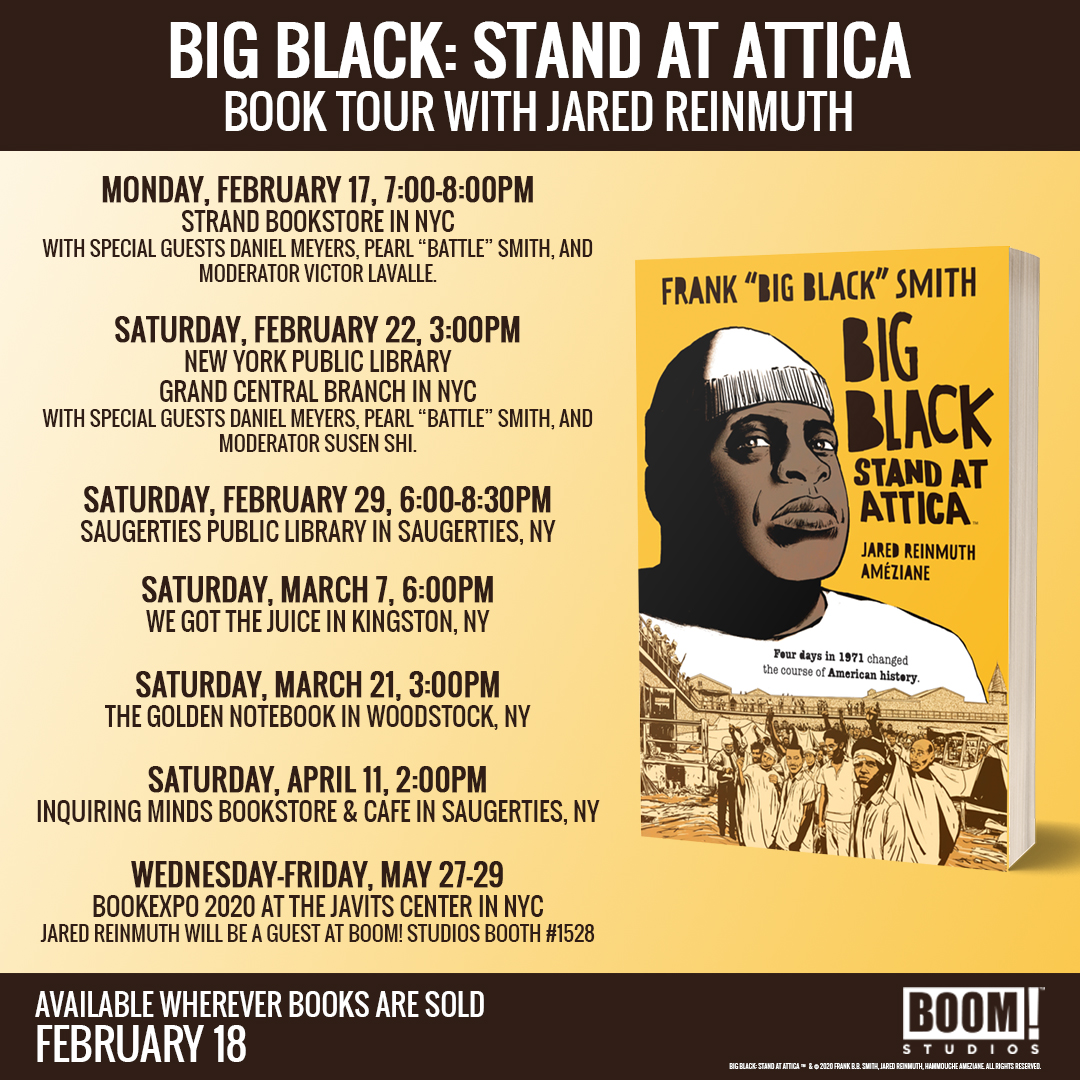