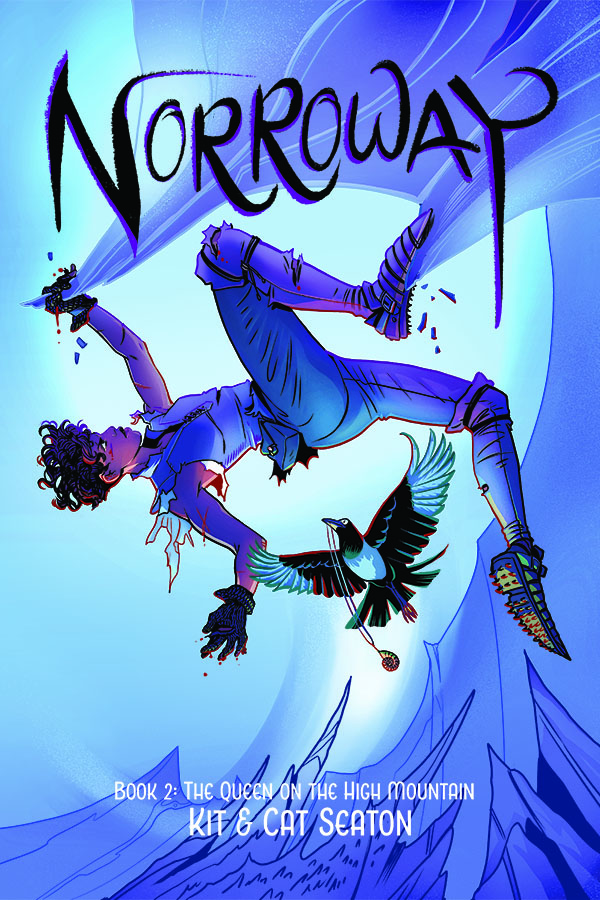 This second book in the lauded series continues the Scottish fairytale retelling with charm and whimsy and is perfect for fans of Jen Wang’s The Prince and The Dressmaker. It hits shelves from Image Comics this August 2020.

“I’m really thrilled to showcase an older, wizened, more grizzled Sibylla,” said Kit Seaton. “Plus there’s a new cast of characters who will add depth, as well as twists and turns to the narrative. We’ve really taken the story to new heights (pun intended) and can’t wait to show readers this widened view of the world of Norroway.”

Seven years have passed since the disastrous events of Norroway, Book One, and now it’s time for Sibylla to face her curse-breaking destiny. When Troll Kingdom soldiers arrive in the once-safe town of Fiskeby, she’s forced to flee up the Glass Mountain. But the moment she steps foot on Troll lands, she’s thrown into a jail cell, where she discovers her amnesiac ex-fiancé is set to wed the Troll Queen’s daughter. Using all of her wits, she must convince the princess to turn against her own mother, or else face execution on the day of the wedding—and doom the kingdom to remain cursed forever.

Cat Seaton added: “In this book we really start to break free of the mold of the original fairy tale—most of the set up has happened, and now we’re seeing the payoff, and the consequences. Canonically, it’s seven years between the lead character’s fall down the mountain and her climb back up. In the original fairy tale you have a girl who waited. With Sibylla, she stopped waiting. She moved on. And then her past came knocking.”

Norroway, Book Two: The Queen on the High Mountain (ISBN: 978-1-5343-1607-2) will be available on Wednesday, August 26 and in bookstores on Tuesday, September 1. It can be pre-ordered at your local comic book shop or on Amazon, Barnes & Noble, Books-a-Million, IndieBound, and Indigo. 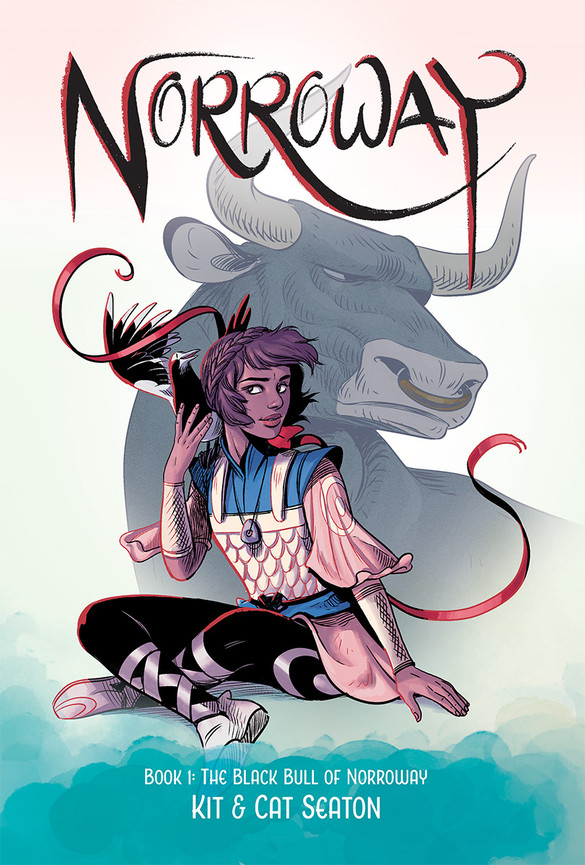 Norroway, Book One: The Black Bull of Norroway (ISBN: 978-1534308558) remains available wherever books are sold, including comic book shops and on Amazon, Barnes & Noble, Books-a-Million, IndieBound, and Indigo.

Praise for Norroway, Book One:

“More than just a typical fairy-tale adaptation…visually rich and the characters are diverse.” —The Los Angeles Times

“Panels are beautifully illustrated with rich, sweeping details and magical elements… A gripping cliff-hanger will have readers excited to pick up the next volume.” —School Library Journal

“Cat and Kit Seaton have created a story and characters so breathtaking that I think of this book almost every day. Sibylla is an energetic and headstrong protagonist who encounters mesmerizing characters, gorgeous lands, and high-stakes curses throughout her journey. I am smitten.” —Leila del Duca, Sleepless

“I adored this comic. I can’t wait to see how these two anti-heroes get together and save the Bull and his family from the curse.” —Love in Panels

“Norroway is reminiscent of Jim Henson’s Storyteller—the sort of book that sends not just the protagonist on a journey into another world, but the reader, too.” —Paste Magazine

“A brilliant take on mythological elements.” —The Beat