Blondie Announce Their Comic Book Debut in the Midst of A Huge Year for the Rock & Roll Hall Of Famers, Set to Include the EP & Film Release of Their Groundbreaking Trip to Cuba, Their First Archival Box Set, and More

‘Against the Odds’ to be Written by famed ‘Harley Quinn’ Creative Duo Amanda Conner and Jimmy Palmiotti, and Available to Preorder Now 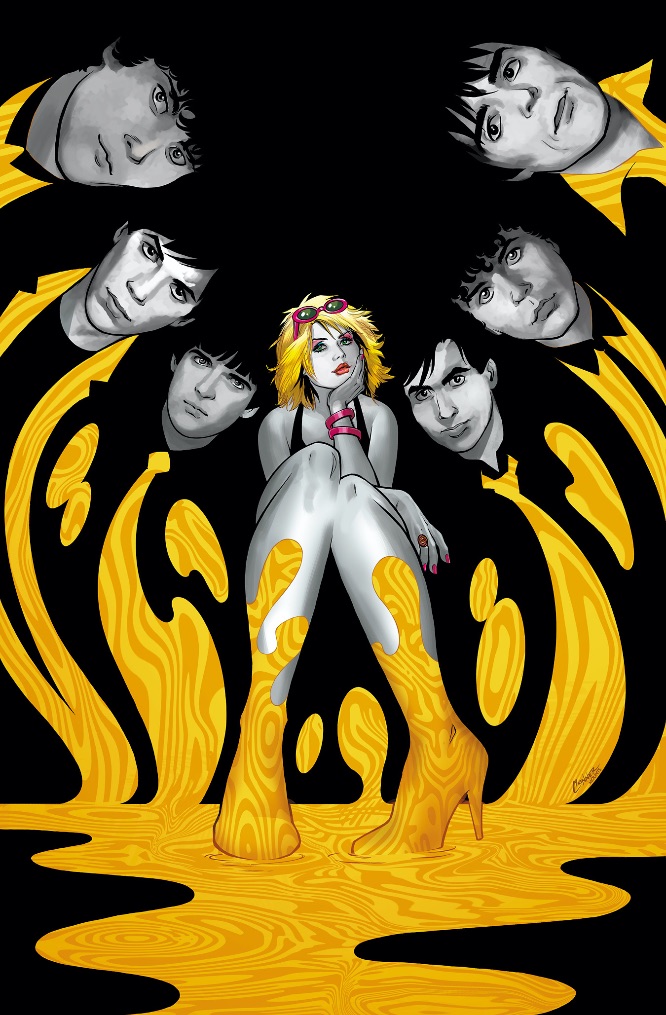 NEW YORK, NY –Legendary New York fashion and music icons Blondie announce their partnership with Z2 Comics to produce their first-ever graphic novel! Inspired by some of their most iconic tracks, along with a few “deep cuts,” this book is sure to deserve a place on the bookshelf of every music fan.

Jimmy Palmiotti says “I think it would be impossible to give Blondie and the downtown New York music scene the proper respect and visceral representation it deserves if I didn’t live through it. My life was comic books and music and there was no more exciting time in my life than when Blondie hit the music scene. Amanda and I are having a blast telling the story of the band and how they went from killing it on stage in small clubs to becoming an unstoppable worldwide sensation.”

Amanda Conner continues “When I was a growing up (and still pretty much, to this day), a few of the things I loved were music, comic book heroes, ultra-cool style, and a wicked, wild, and weird sense of humor. Blondie embodies all those things, and when I listen to their music, I can’t not dance. Or if I have to sit and work for long hours, I can’t not at least bounce and bop along in my seat. As a teenager, Debbie Harry was one of the super-heroes I wanted to grow up to be. In fact, I still wanna grow up to be her.”

Blondie’s rise to international acclaim from the downtown Manhattan club scene is perhaps one punk rock’s greatest success stories. Their first-ever graphic novel will follow their rise from the streets of New York to the stages of the world, as told through and inspired by some of their early singles up through their enduring influence and cultural prominence in the present day. Written by Amanda Conner and Jimmy Palmiotti, the team behind the most celebrated run on the beloved DC Comics character Harley Quinn, and pulling in Palmiotti’s own memories of his childhood spent in the New York punk rock and new wave scene surrounded by folks like Andy Warhol, David Bowie and Fab 5 Freddie at venues like Max’s Kansas City, CBGB’s and the Mudd Club. With his insight and Amanda’s mutual love of the music and styles of the time, this will be an essential visual document for any music fan to treasure. 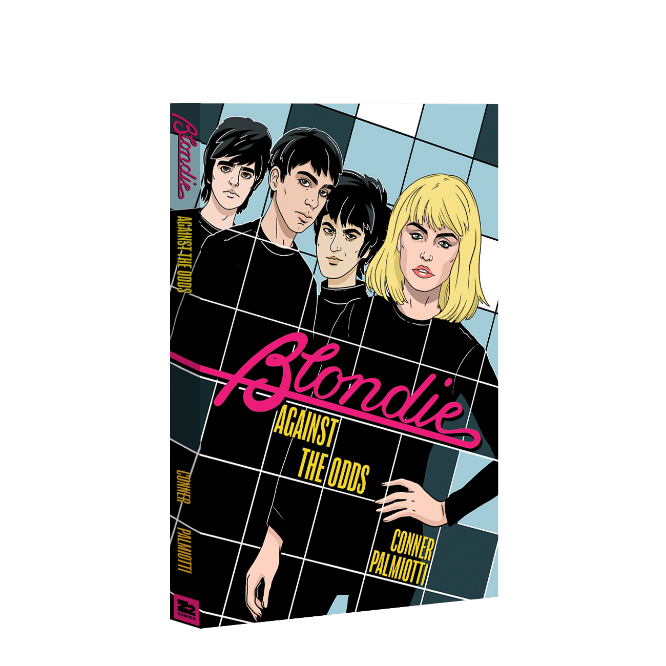 “Blondie is one of those rare bands whose influence and impact can be felt across a half dozen musical styles. Whether you’re talking about the reggae groove of The Tide is High, the defiant dance floor anthem Atomic, or the groundbreaking introduction of rap into mainstream culture with Rapture, Blondie’s influence and ability to transcend categorization is undeniable” says editor Rantz Hoseley. “With an identity that emerged in equal parts from fine art and pop culture, having Jimmy Palmiotti and Amanda Conner leading the creative charge on graphic novel that explores Blondie’s rise from the dangerous streets of 1970s New York, to become an international powerhouse was a natural fit for Z2.”

Blondie: Against the Odds is written by Amanda Conner and Jimmy Palmiotti (Harley Quinn) and features art by John McCrea, as well as a cover by Conner and her longtime colorist Paul Mounts, and is available for preorder now for a fall release in softcover and hardcover editions at finer comic shops, book and record stores worldwide. Exclusively available through Z2’s website in limited quantities are the deluxe and signed super deluxe versions, packaged with exclusive vinyl, prints and more. The super deluxe edition will include the soon-to-be revealed archival box set, as announced last fall. Reserve your copy today!