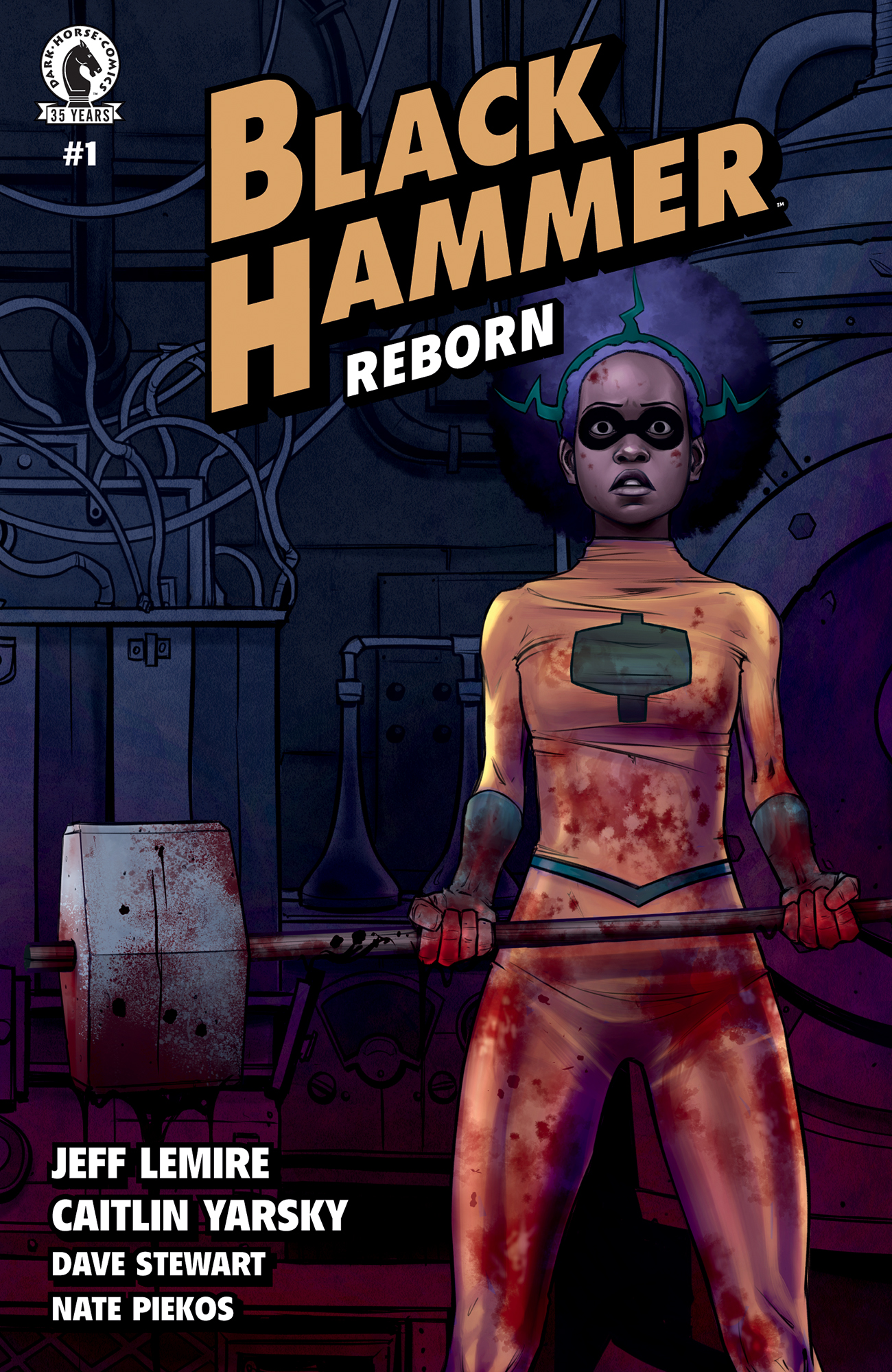 Now, it’s twenty years later, and Lucy, and the world, have moved on. Living in the suburbs of Spiral City, Lucy is married and has children. But all is not blissful. Her marriage is falling apart, her job has reached a dead end, and for mysterious reasons, she hasn’t picked up the hammer in years.  But, as her domestic life begins to crumble, the secrets of the last twenty years, and the reasons Lucy really gave up being Black Hammer, begin to resurface, threatening her family, and the peace she has tried hard to find for herself.

“Black Hammer: Reborn is everything we have been building towards for the last several years and it really is the culmination of everything we’ve done in Black Hammer to date. This series has it all; Black Hammer, Skulldigger, Doc Andromeda and Sherlock Frankenstein all play major roles. Oh, and of course lots of Colonel Weird too,” says Jeff Lemire. “Even better we have Caitlin Yarsky leading the way.  Dean Ormston and I are very excited to welcome Caitlin to the Black Hammer Universe and to the modern adventures of Lucy Weber. Caitlin’s artwork is amazing, the way she does facial expressions and breathes life into the characters is really going to blow fans away.”

“Illustrating for the great Jeff Lemire and Dean Ormston is an absolute dream come true. It has been such a joy to depict Black Hammer’s emotionally complex characters, relationships and beautifully surreal settings,” says Caitlin Yarsky. “I’m thrilled and honored to join this legendary team of storytellers. In fact, I’m still pinching myself.”

Black Hammer: Reborn is the next era of the Black Hammer Universe; a series by Jeff Lemire and Caitlin Yarsky that juxtaposes an achingly human story of domestic life, marriage, parenthood, and destiny with a pulse-pounding superhero thriller that peels back new layers of mystery, and pulls the Black Hammer history into the present.