Deep in the jungles of South America, hidden in ancient Incan ruins, Bettie Page races against the clock (and the Russians) to uncover one of the fabled Key Artifacts linked to the Eternal Gates. For her latest mission, she’s paired with the unorthodox archealogy and antiquities expert Professor Dakota Smith. Together the two will embark on a two-fisted adventure full of pulpy fun perfect for fans of Indiana Jones, with the flirty fun that Bettie always brings.

This 40-page prestige project is written by fan-favorite Stephen Mooney (Half Past Danger, Black Widow), features an opening interlude drawn by Mooney himself, and further artwork by Giorgia Sposito (Doctor Who), with colors by Pippa Bowland and letters by Taylor Esposito 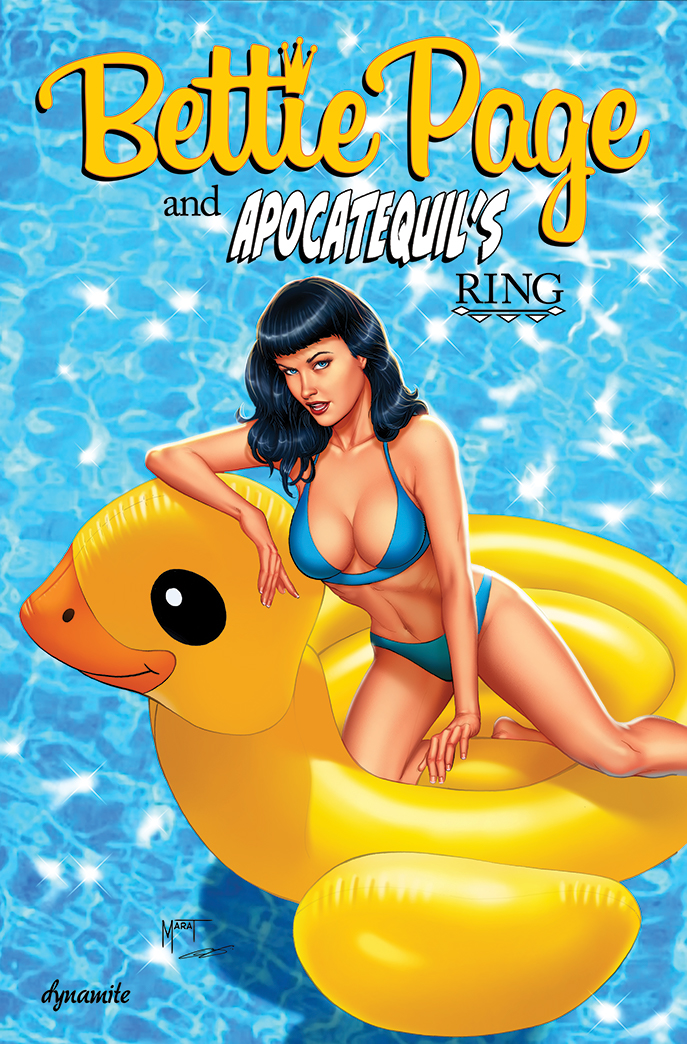 “Bettie Page is as iconic and formidable as she is beautiful and I’ve long admired her as both a character and a person,” said creator Stephen Mooney. “A force of nature that lends herself so well to so many genres, it was an absolute pleasure to write her newest adventure and load it full of action, banter and pulp goodness. Watch out, world – Bettie’s back and she’s bigger and bolder than ever!”

Bettie Page has inspired men and women for decades with her timeless pinup modeling and playful personality. Her beautiful smile and seductive charm combined the girl next door with strength and independence. Countless artists from all media, photography, painting, film, and even comics have channeled her aesthetic and energy into depictions of her or infused it into their own creations. On the comic book page she’s been a model, a spy, a detective, and an action hero.

In addition to eye-popping covers by Stephen Mooney, Marat Mychaels, and of course photo variants (nice and naughty) of Bettie herself, Dynamite is excited to debut a masterpiece by legendary painter Greg Hildebrandt!

“As Bettie’s longtime attorney and now in charge of her estate, I am so thrilled with Dynamite’s officially licensed Bettie Page comics,” said Mark Roesler. “We are so excited to have a legendary talent like Greg Hildebrandt providing a painted cover of Bettie, and to reach Bettie’s fans through Kickstarter. I know that Bettie would have been so delighted and proud of this project.”

The Kickstarter offers countless exciting options for fans of Bettie, in addition to the main comic book. Combo packs, lithographs, exclusive trading cards, as well as signed, remarked and CGC graded comics ensure that collectors with every kind of budget can find a perfect option. Fans can make sure to check their add-on options when finalizing their pledge to not miss out on any great goodies!

Pledge Your Support on Kickstarter Today! 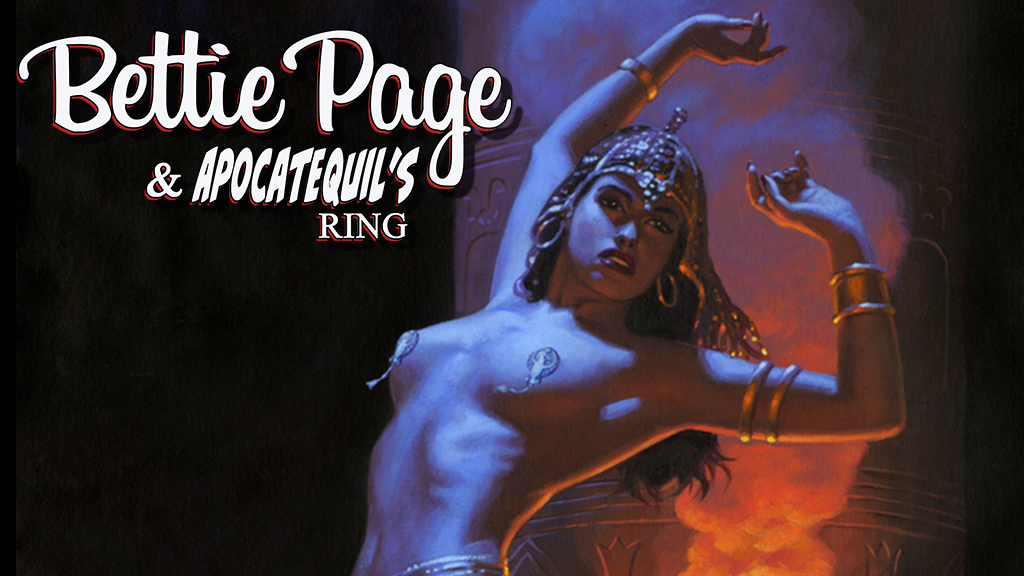