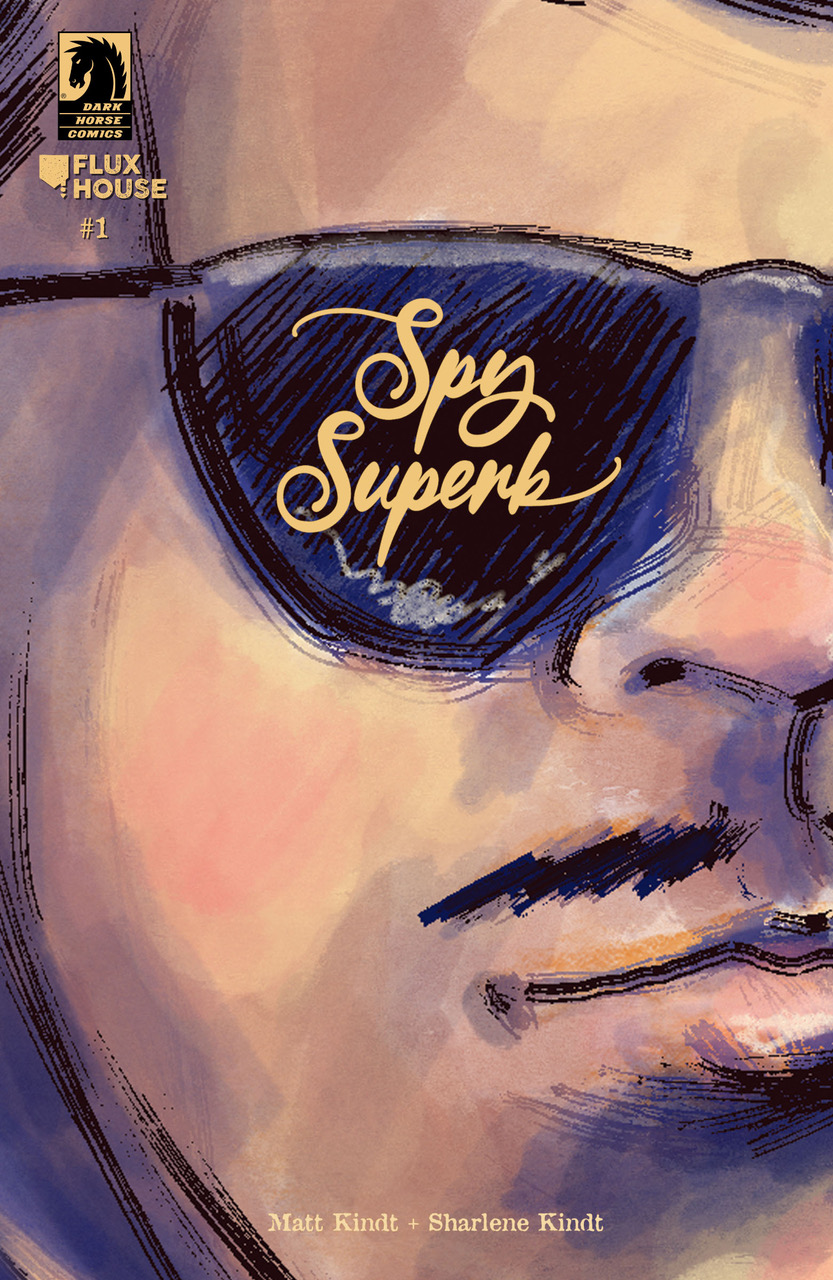 MILWAUKIE, Ore., (August 22, 2022)— Who is the perfect spy? That question may be best answered by bestselling cartoonist Matt Kindt, who has been writing and illustrating espionage and action-fueled comics like BRZRKR (with Keanu Reeves), Apache Delivery Service, BANG! Dept. H, Ether, Fear Case, MIND MGMT, Folklords, Revolver, 3 Story, Super Spy, and Pistolwhip for the last two decades. Next January, Kindt and the acclaimed colorist Sharlene Kindt (Dept H) will release SPY SUPERB their latest collaboration, an offbeat mystery-thriller about a secret organization that has developed the perfect spy. And just who is that perfect spy? Someone who doesn’t even realize they are a spy.

In SPY SUPERB, a secret organization identifies the ultimate asset: a man named Jay, who is what they call a “useful idiot.”  Jay is sent on missions without even realizing he’s on a mission. Until he picks up the wrong phone with the wrong secret intel and now Russian hit-squads and elite assassins are after him. But Jay believes he was a sleeper agent—and really is the “spy superb”. His complete obliviousness and lack of survival skills may be the only thing that saves him in this globe-trotting espionage tale …where nothing is what it seems…but also…kind of actually is what it seems.

“In Spy Superb I wanted to explore a character, the idea of a very average person who is under the belief that he is utterly exceptional,” said Kindt. “There is a scientific term for this–The Dunning-Kruger effect–a person who insists they possess knowledge and skills that they obviously do not. What if a super spy was suffering from this? Well…they would of course be a…SPY SUPERB. It was actually really hard for me to keep this character alive past issue #1… there are hit men after him…a super assassin who kills only with rock, paper, and scissors… and a real super spy working in the shadows of our “hero” who may actually be the real spy superb. It feels really great to be drawing a new book–and I’m beyond happy that Sharlene Kindt (Dept. H) is painting it. It’s definitely the most ambitious collaboration we’ve ever had.”

The announcement of SPY SUPERB follows the news that three of Kindt’s acclaimed comics are currently in active development under the Dark Horse Entertainment banner:

“If you close your eyes and imagine John Wick being dropped into a Wes Anderson film, you’ll have a sense of the world of SPY SUPERB, “said Dark Horse Publisher Mike Richardson. “It’s unconventional, unusual and the kind of smart action comic book you expect from Matt Kindt.”

SPY SUPERB is the second release from Flux House, a new boutique imprint that will feature the writing (and sometimes) art of Matt Kindt, with crime, science fiction, and humor stories, all told and presented in startling and untraditional ways, following the release of MIND MGMT: BOOTLEG. SPY SUPERB issue 1 will feature a main cover by Matt Kindt and incentive variant covers by Martin Simmonds, Tula Lotay, and Christian Ward. For more information about Flux House, follow Dark Horse Comics on social media  and follow Flux House on Twitter.