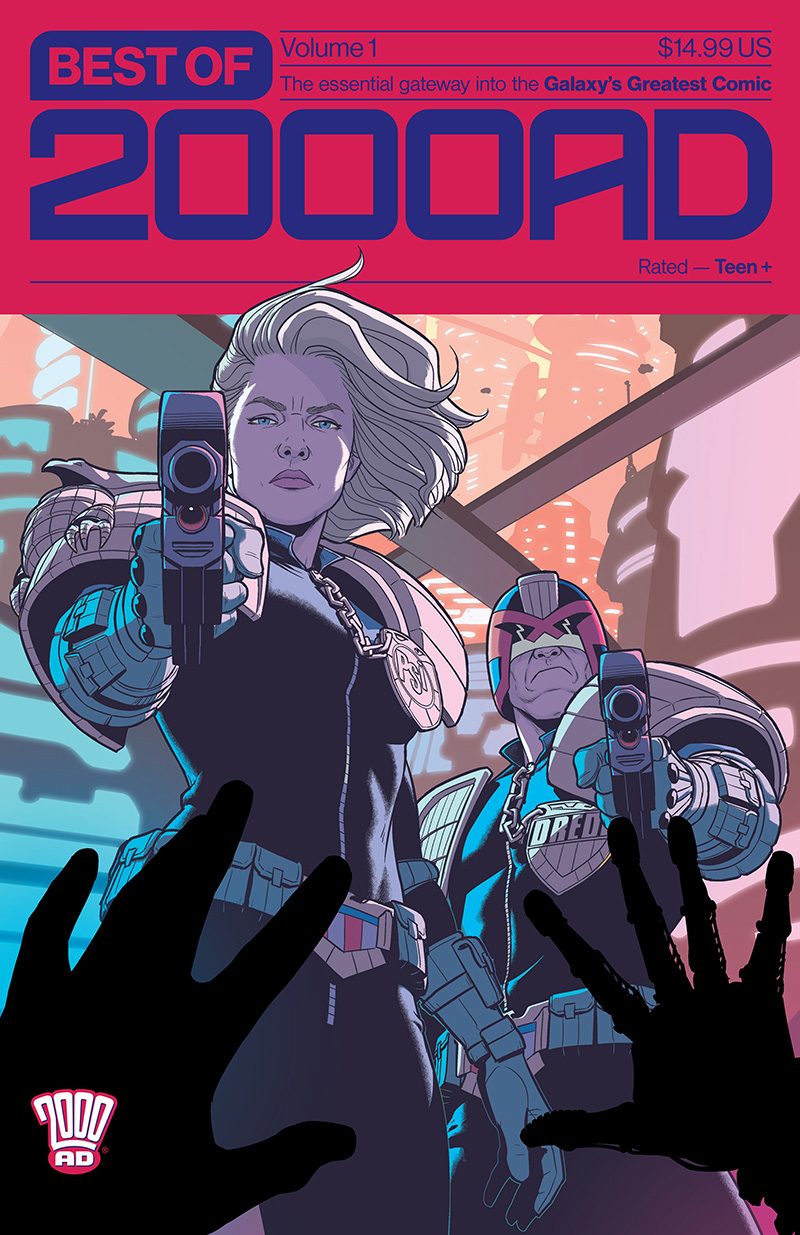 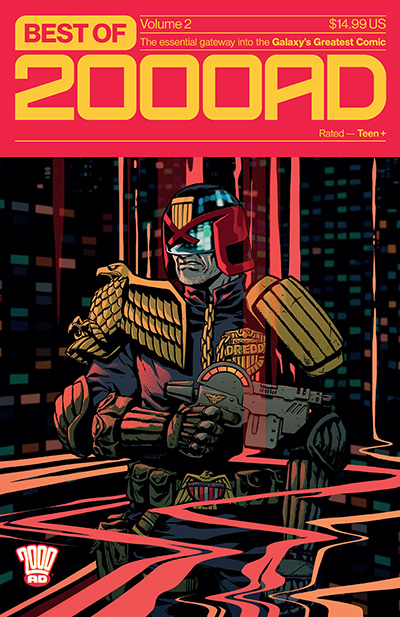 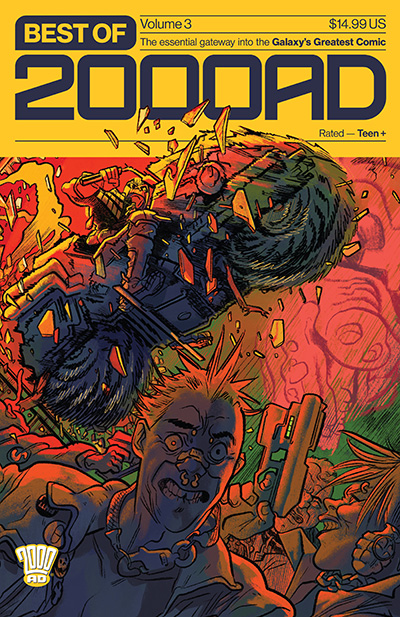 Rebellion is proud to announce the Fall 2022 launch of its highly-anticipated new graphic novel series – Best of 2000 AD!

The brand-new quarterly 200-page graphic novel series debuts in September and features a hand-curated selection of the most incendiary and exciting new science-fiction comics from one of the world’s biggest and most influential comic book brands.

Six volumes of the US comic book-size, perfect-bound series will be released quarterly in book stores, distributed into the book trade via Simon & Schuster and the comic book direct market through Diamond Distributors.

Best of 2000 AD is the perfect gateway into the Galaxy’s Greatest Comic – an ultimate ‘mix-tape’ anthology of full-colour stories specially chosen to be accessible to a whole new generation of comic readers who may never have picked up 2000 AD in its traditional format.

The title boasts brand-new covers from an all-star line-up of New York Times best-selling and Eisner award-winning artists including Jamie McKelvie (The Wicked and The Divine), Becky Cloonan (Gotham Academy), Charlie Adlard (The Walking Dead), Erica Henderson (The Unbeatable Squirrel Girl), and Annie Wu (Hawkeye), with more to be revealed.

“Even in the teeth of the pandemic, graphic novels had one of their best years ever and Best of 2000 AD has been tailor-made to give bookstores a great way to stock the very best of British comics,” said Trade and Special Sales Manager, Owen Johnson. “With eye-catching covers, design, and impeccable storytelling, Best of 2000 AD brings the energy and creativity of Britain’s biggest comics brand to the book trade in a new and fresh way, giving readers curious about getting into graphic novels an irresistible sampling of stories that will appeal to all palettes.”

Following Rebellion’s hugely successful ‘Day of Dredd’ promotion, which reached over 20 million individual social media accounts and saw international sales spike, during which comic stores, libraries and creators celebrated the cultural impact of the fan-favourite character Judge Dredd, Best of 2000 AD is the next step in building a wider international audience, and stands as a major jewel in the crown of Rebellion’s 2022 publishing initiatives.

“It’s called the Galaxy’s Greatest Comic for a reason,” said Rebellion CEO, Jason Kingsley OBE. “If you love your comics dangerous, thrilling and life-affirming but have never read 2000 AD then this is your moment. This new publication is precision-engineered for new and curious readers. We want the Best of 2000 AD to convert a whole new generation into 2000 AD readers for life.”

The first volume of Best of 2000 AD is scheduled for release in September 2022. It will be available from book-stores and comic book stores globally through Simon & Schuster and Diamond Distribution.