ComicsPro 2021 – 2/19/2021 | Following the success of licensed titles like Hotline Miami: Wildlife and A Girl Walks Home Alone at Night #1 (the latter of which sold through 15,000 copies and received multiple printings), their recent global distribution deal with Simon & Schuster, and the new creator-owned series You Promised Me Darkness #1 invading the pull lists at the moment, Behemoth has announced today at ComicsPro that they’re not ready to stop expanding.

Today, Behemoth reveals their newest imprint, Happy Tank which will focus on Young Adult/Mature action & comedy cartoon series, a comic book version of Late night TV Networks like Adult Swim. Kevin Roditeli will be the publisher and Rob Cannon will be Editor-in-chief. 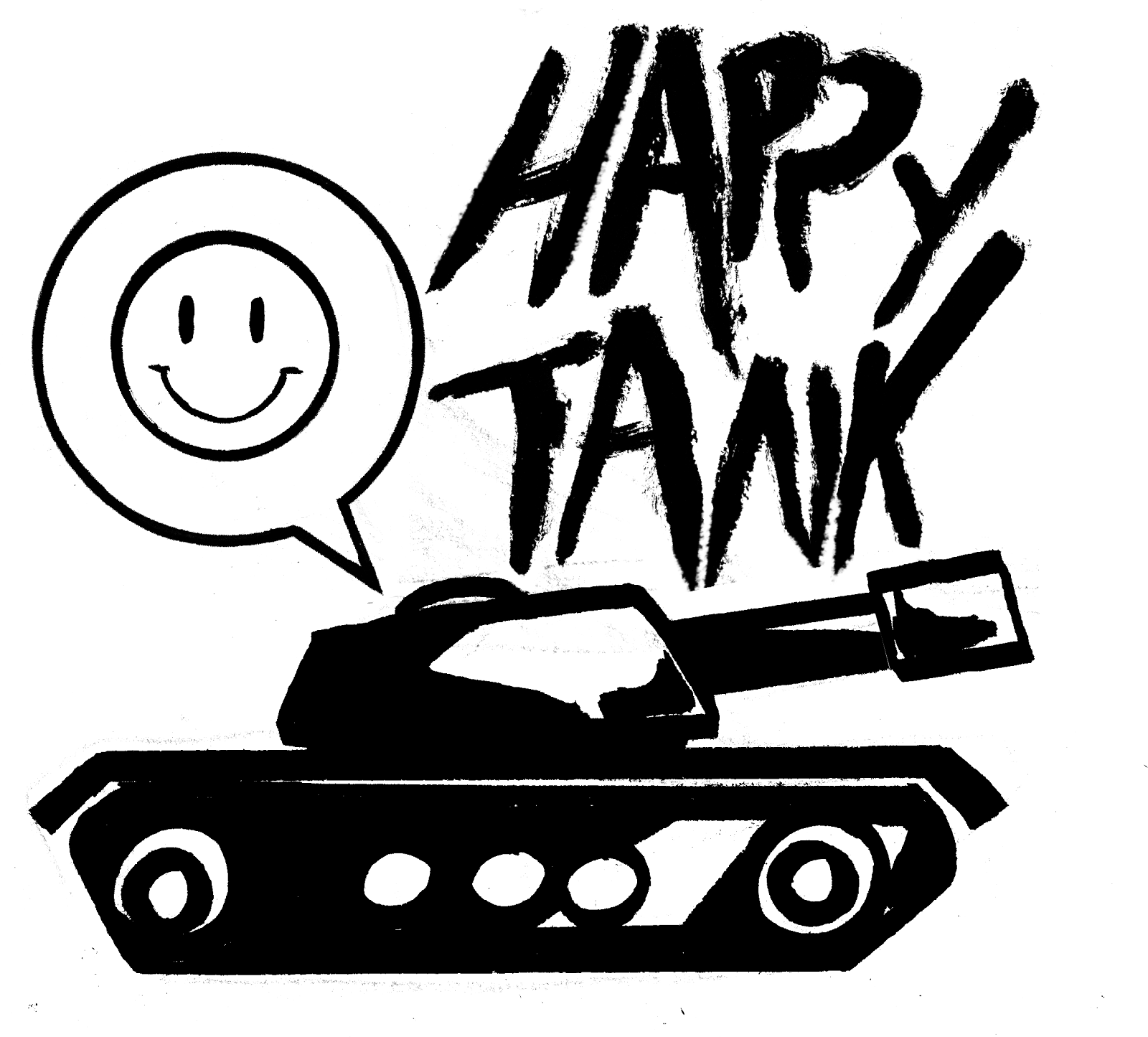 Happy Tank plans to launch one new series per month for 2021 starting in May. A 50/50 mix between original IPs and licensed titles like MFKZ, the latter of which has an animated film on Netflix streaming now.

The 3 first series are Freak Snow (starting monthly in May) followed by MFKZ (June) and Cinnamon (July). The solicitation of Freak Snow #1 starts this week in the March Previews Catalog. 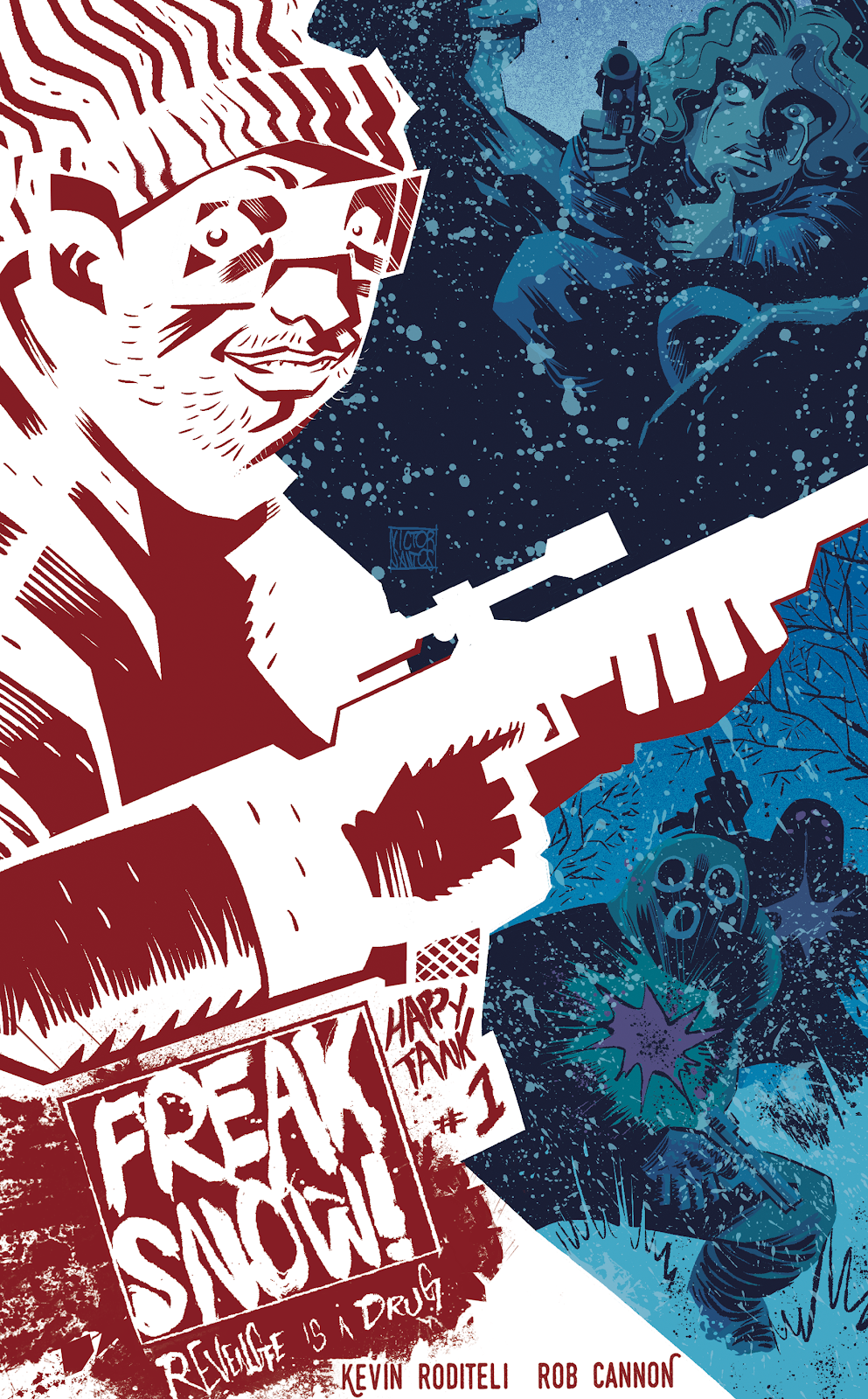 A frozen apocalyptic story in the spirit of MAD MAX, FALLOUT and BORDERLANDS meets TARANTINO with Berny, a psychedelic addict surviving in a glacial wasteland. A fight with brutal gunslingers and crazy hallucinations leads our weird hero on a quest to find the hole of truth… Yeah, a mystic hole that tells the truth. The only thing we can promise is: A LOT OF BAD*SS MURDERS!

A 4 issues mini-series set in the same world as Roditeli & Cannon acclaimed graphic novel Freak Snow: Washed In The Blood released in January at Behemoth Comics. Art and Written by Run

NETFLIX distributed HIT MOVIE by Studio 4°C (BATMAN: Gotham Knight, the ANIMATRIX) comes to comics with an over-sized #1 event! Jump in the unique world created by legendary writer / artist Run (Label 619) following Angelino and his flaming-skull pal Vinz, who live in a gang and cockroach infested dystopian metropolis called DMC, a city that hides secrets even weirder than its inhabitants. Cinnamon is just your perfectly ordinary, average housecat. At least until we glimpse the world through her wild eyes! Countertops become skyscrapers, cat toys become biker gangs, and perilous giant robots rampage on the daily! Get drop kicked onto the action packed streets of BIG KITCHEN CITY, as she fights the dark forces that dare to keep her from her favorite treat… CATNIP!

You can already preorder Freak Snow #1 at your LCS or at https://behemothcomics.us/