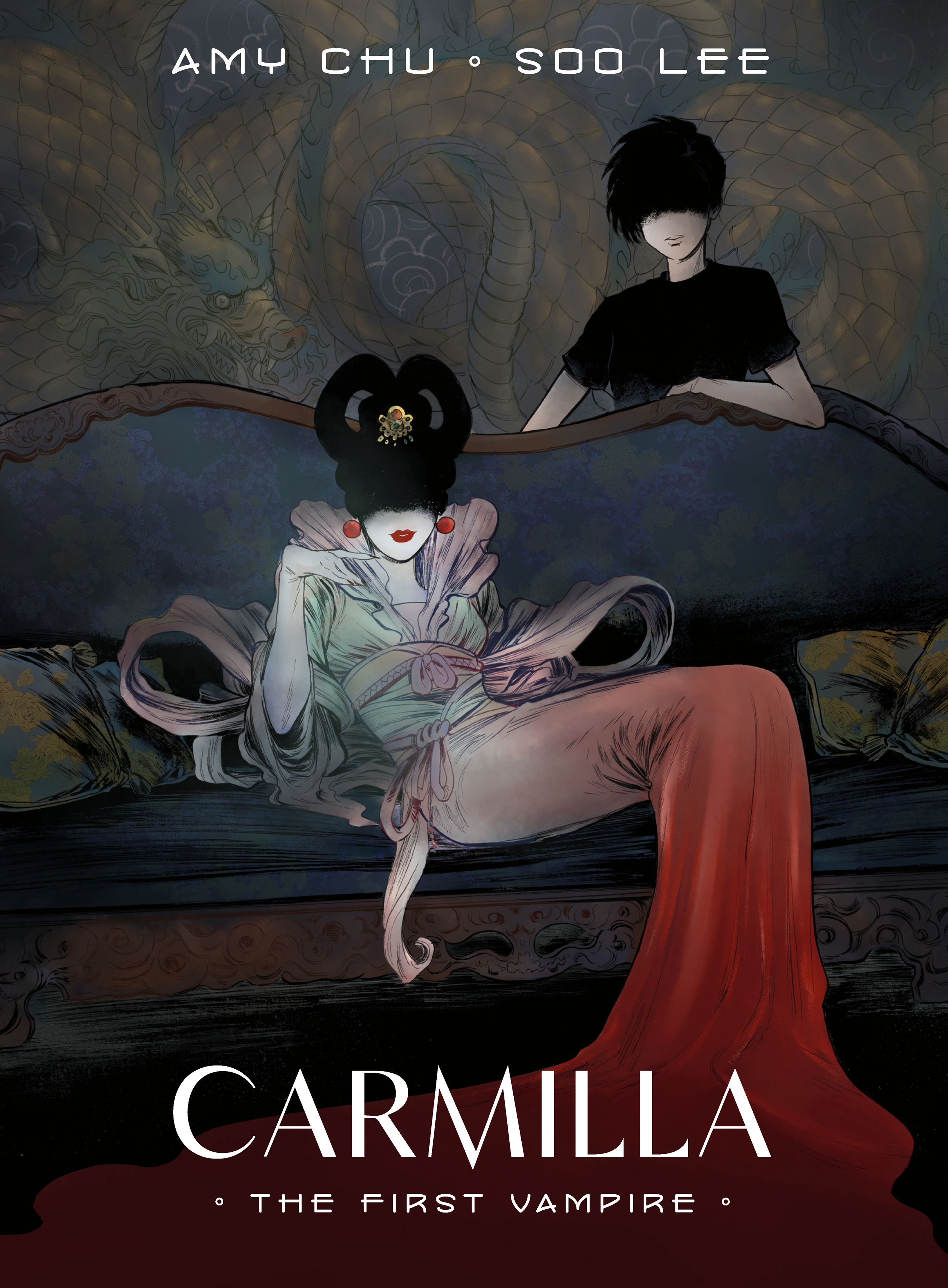 From Berger Books and Dark Horse: A Vampire Tale Unlike Any Other

Carmilla: The First Vampire inspired by the gothic novella that started a genre.

Set in 1996, the Year of the Rat and the peak of the HIV/AIDS epidemic, an idealistic Chinese American social worker turns detective when she discovers young, homeless LGBTQ+ women are being murdered and no one, especially the police, seems to care.

A series of clues points her to Carmilla’s, a new mysterious nightclub in the heart of Manhattan Chinatown. There she falls for Violet, the next likely target, landing her at the center of a real-life horror story—and face-to-face with questions about her own identity and murky past.

“Everyone is familiar with Dracula, but few know it was inspired by the vampire Carmilla who fell in love with the many young women who became her victims.” Amy Chu explains. “Bringing the story to ’90s New York let me explore themes of cultural identity, gentrification, homophobia and racism. It’s definitely the darkest, most mature storyline I’ve ever written!”

“Goth, horror, and vampires make up the classic backdrop to 90’s New York,” said Soo Lee. “Using the colorful ambience of the city and cultural references, Amy and I bring back to life to an old NYC that I know and love in this retelling of Carmilla.”

“Not only is Carmilla a mesmerizing, steamy and decadent thriller,” said Karen Berger, “but Amy and Soo have delivered a story with important cultural themes which resonate in today’s antagonizing times.”