BEASTS OF THE BLACK HAND VOL 2: THE VIKING LEAGUE KICKSTARTER 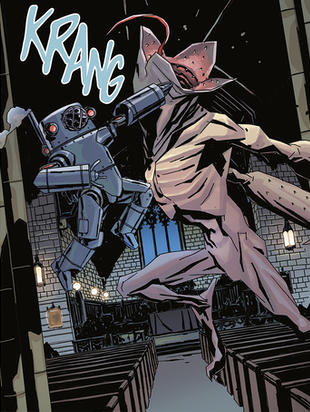 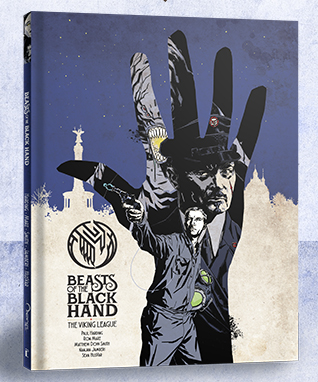 TONAWANDA, NY (July 15, 2020): The BEASTS are unleashed once again! Created by sculptor and artist Paul Harding, the dieselpunk horror-adventure BEASTS OF THE BLACK HAND, is returning with an all-new graphic novel. BEASTS OF THE BLACK HAND Volume 2: The Viking League is now on Kickstarter, with a campaign to produce a hardcover sequel to the landmark initial volume, via Ominous Press and Creation.Ink.

Written by Ron Marz, drawn by Matthew Dow Smith, and colored by Nanjan Jamberi, the sequel will be a lavish, 64-page oversize hardcover, just like Volume 1, which was produced thanks to a highly-successful Kickstarter campaign. Once successfully funded, Volume 2 is expected to be released in December.

Set at the close of the First World War in a world where dieselpunk technology is transforming the world, Volume 1 introduced British secret agent Oswald Rayner as he assassinated the Mad Monk, Rasputin. Rayner is charged with battling the nefarious Black Hand, a secret cabal of sorcerers bent on unleashing monsters upon Europe. Rayner is aided by a team that includes his driver and mechanic, Biffy Dunderdale; French “Hello Girl” Oleda Marchand; and American war hero Henry Johnson.

Having thwarted Maria Rasputin’s machinations to destroy the Versailles peace conference, Volume 2 finds Rayner and his team battling the Black Hand in Eastern Europe, as well as Germany, where the fascist Viking League is rising to power. Meanwhile, a mysterious figure known as the Teutonic Knight has appeared in Berlin, his loyalties unknown. 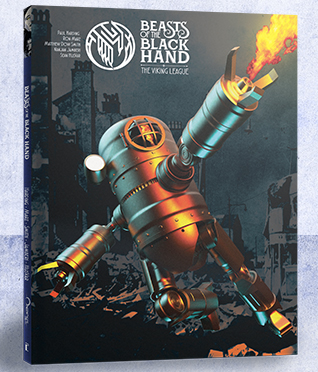 “I’m so excited to reunite with Ron and Matt for Volume 2. Everything about this story is bigger, better, and darker. We’re really turning loose the monsters in this one,” Paul Harding said.

There are also sculpture rewards crafted by Paul Harding and Creation.Ink, limited-edition prints, and T-shirts. 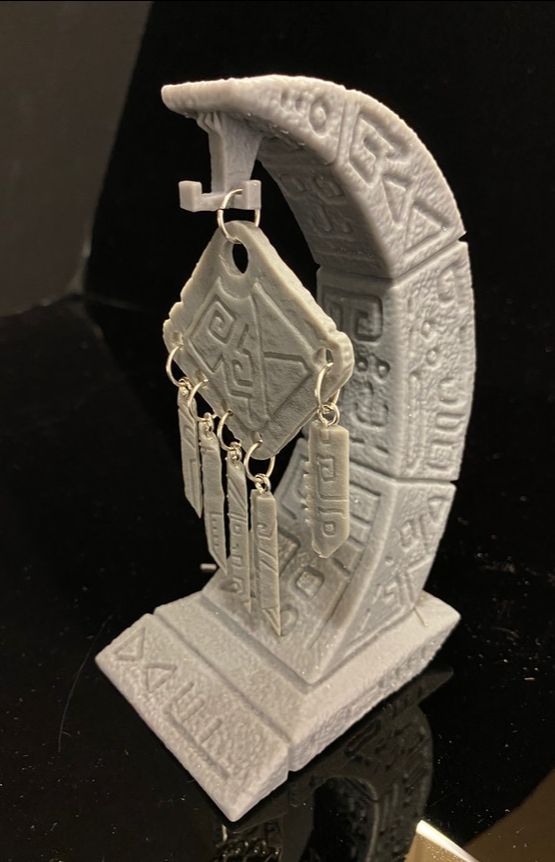 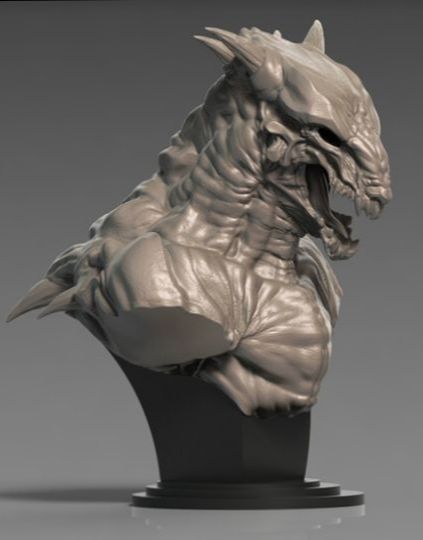 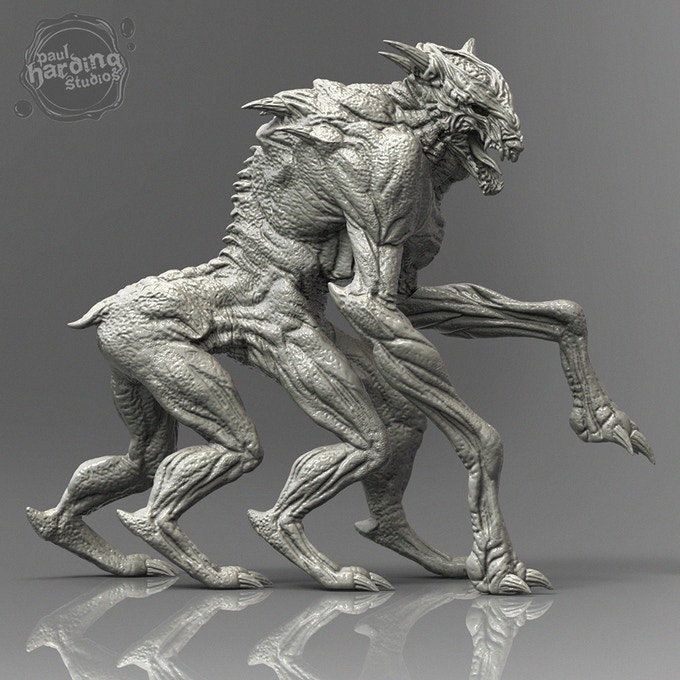 Paul Harding is a sculptor whose work has premiered through DC Collectibles, Gentle Giant, Marvel Legends, Sideshow, and more. Legendary writer Ron Marz has worked for every major publisher with acclaimed runs on Silver Surfer, Green Lantern, Witchblade, and others. Matthew Dow Smith, known for both his art and writing, has art credits ranging from Batman and Wonder Woman to Doctor Who and X-Files.

The Kickstarter campaign is live now, and ends on Aug. 13.