In the classic animated Disney/Pixar series: Toy Story, Hamm stands out with some of the zaniest, most outlandish adventures of all! Beast Kingdom takes you back to one of Toy Story 2‘s scene when Hamm uses a set of children’s blocks as a makeshift stand for a game controller in an adorable moment where he shows us his ingenuity before jumping into some serious gaming action. The PREVIEWS Exclusive Mastercraft, MC-011 Toy Story Craft Hamm showcases Beast Kingdom’s immense attention to detail. The series of high-end statues allows fans to take home the very best in high-end collectibles. Fully hand painted with crisp details, each section from Hamm himself to the controller and the wooden blocks have had no details spared.

Stitch has always been one for beach fun and whilst he himself may not exactly have a beach-body, that hasn’t stopped him from catching waves and breaking hearts! With his green ragdoll in tow, the PREVIEWS Exclusive DS-030 Stitch Surf D-Stage Statue is ready to ride some serious waves on his Hawaii themed surfboard. The highly detailed surfboard with hibiscus flower prints, is accompanied by a dynamic and transparent wave, bringing home a highly realistic recreation of summer fun. Included in the diorama, collectors can enjoy a sandy beach based, completed with beach balls, shells and sand adding the resort style atmosphere.

Whilst Mickey is famed for having steamboat, Donald Duck is also one for sea-adventures with his very own ship. In the PREVIEWS Exclusive DS-029 Donald Ducks Boat D-Stage Statue, the ship’s hull is adorned with Donald blue, white and yellow, matching the classic costume of the zany duck. Whether it be the sails, railings, lifebuoys, fishing rods or the realistic, transparent waves, no detail is overlooked, giving fans endless surprises!

Come and be greeted by the warm welcoming of the PREVIEWS Exclusive DS-028 Chip’n’Dale D-Stage Statue in their very own Tree House, completed with their name sign and original house propeller. Perfect to cool down during those hot evenings, the cute house built on a pine tree is the perfect getaway for the two fun loving chipmunks and their guests.

Retailers interested in placing wholesale orders for these items and other PREVIEWS Exclusive items are encouraged to contact Diamond’s New Accounts Department at newaccounts@diamondcomics.com. 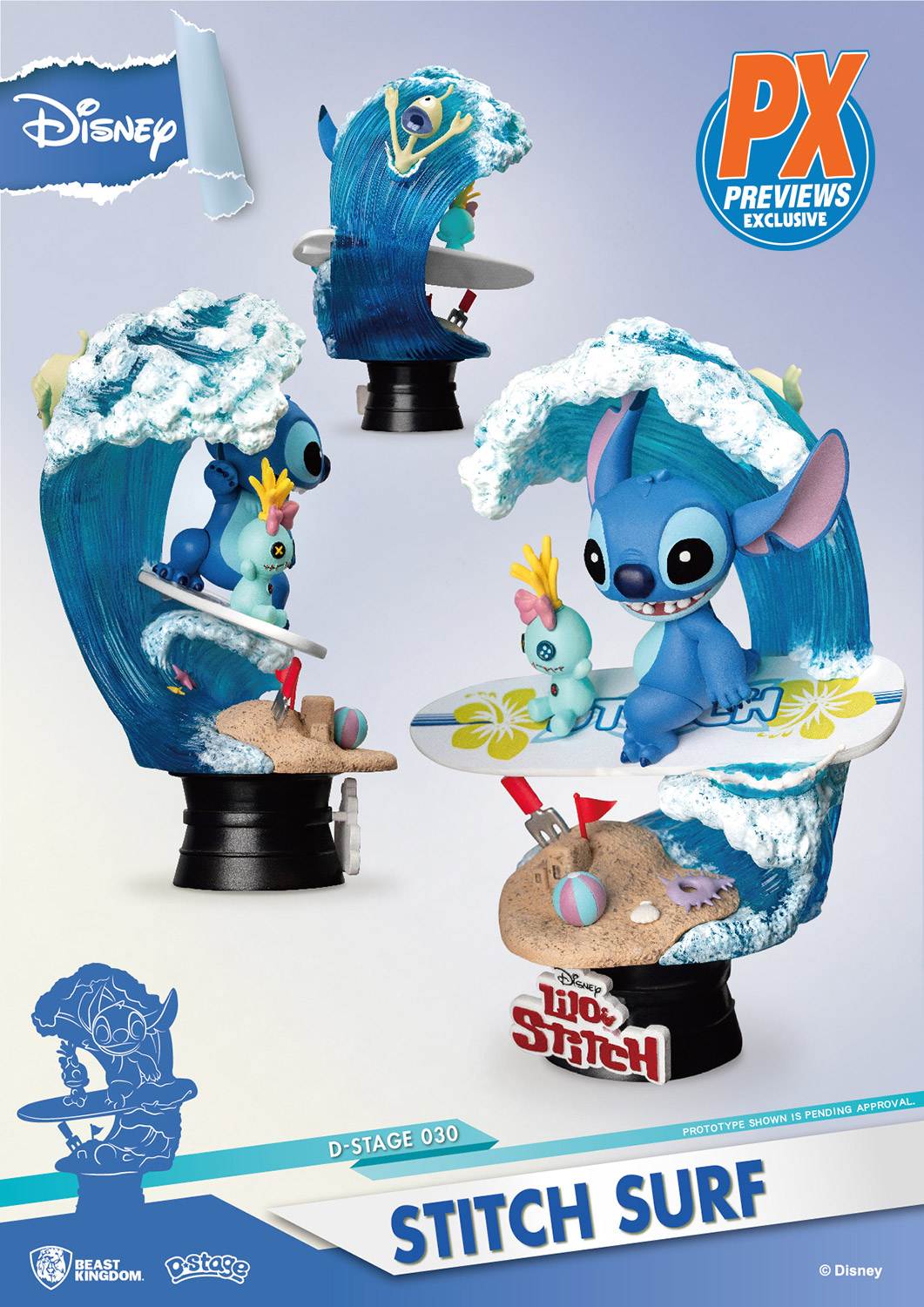 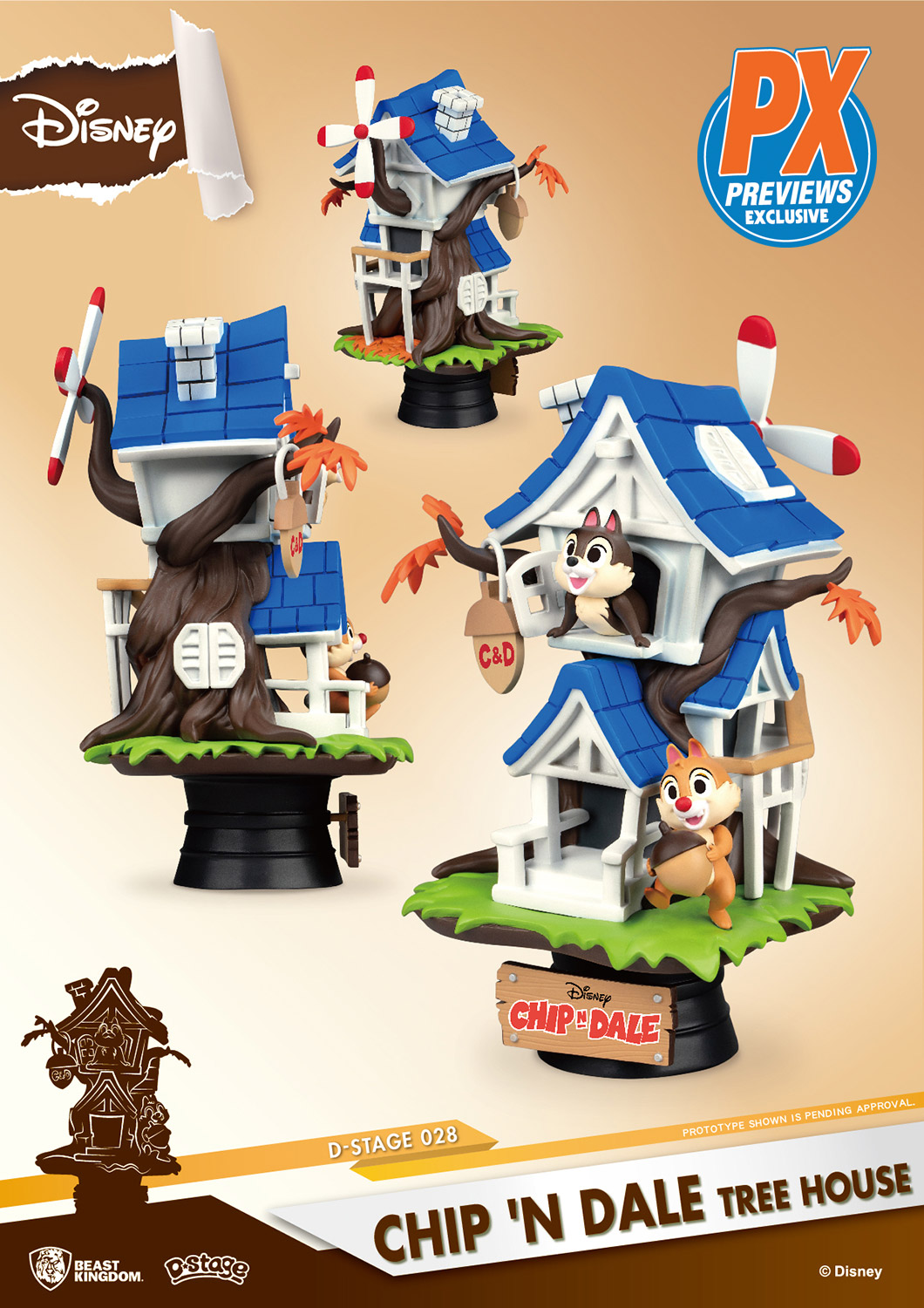