Featuring fan favorites from the most anticipated superhero movie of the year to life, Beast Kingdom is proud to present the latest in their range of Mini Egg Attack figures: MEA-011 Avengers: Endgame Statue series! Based on their character designs from Avengers: Endgame, these detailed, hand-painted statues of Captain Marvel, Captain America, and Iron Man measure about 4″ tall. These dynamically-posed Avengers characters feature special effects that truly make them pop!

Beast Kingdom’s latest additions to the Egg Attack Action family feature two of the deadliest characters in the Marvel Cinematic Universe: Ronin and Black Widow. Born through immense pain and suffering, Ronin the mysterious, hooded assassin, carries his katana just like a samurai to avenge the fallen. With his Samurai Sword and the included Sheath, the EAA-081 Ronin PX Figure also features movable eyes and 28 points of articulation for dramatic and movie-accurate posing! His real fabric one-piece suit and black hooded jacket retain Beast Kingdom’s signature focus on detail, while highlighting the buckle and gold rims of the outfit. Ronin includes an exclusive action figure stand with Avengers: Endgame logo and character name.

Black Widow, a symbol of deadly beauty has been a staple of the MCU since her first appearance in Iron Man 2! Even though Natasha Romanoff is only human, her alluring yet precise fighting techniques has solidified her spot in the Avengers. With delicate head carving, and a focus on facial features, the latest Egg Attack Action figure continues the immense level of detail collectors have come to expect from Beast Kingdom! Two faces and a replaceable head allows the dark assassin to convey her different emotions, and with an assortment of weapons including her trusted batons and pistols, Black Widow is ready to join the fight of her life with her fellow Avengers. Black Window features 22 points of articulation and a real cloth uniform with no details spared, from the tiniest of zippers to the stitching! 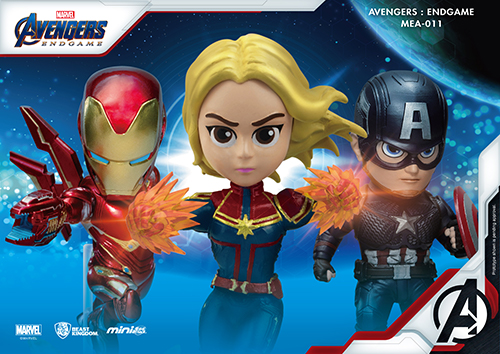 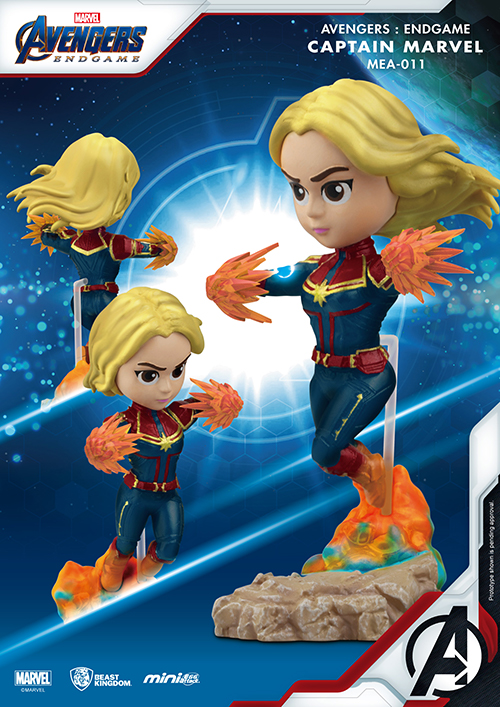 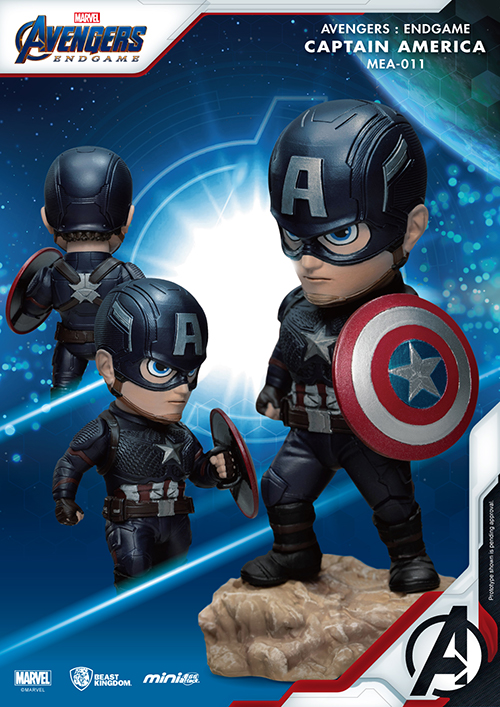 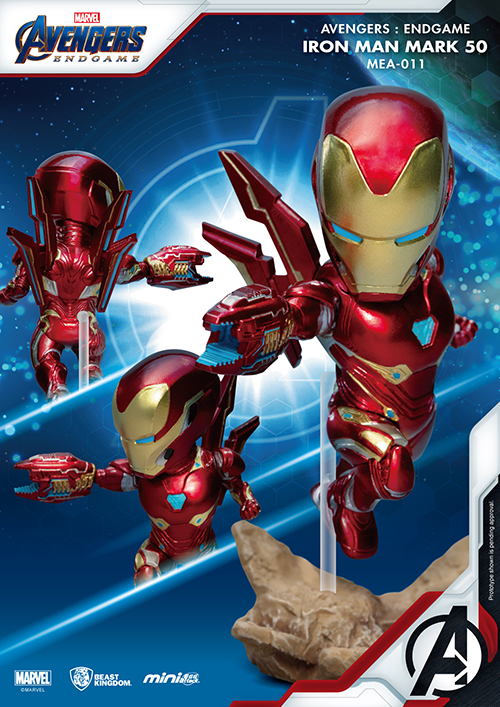 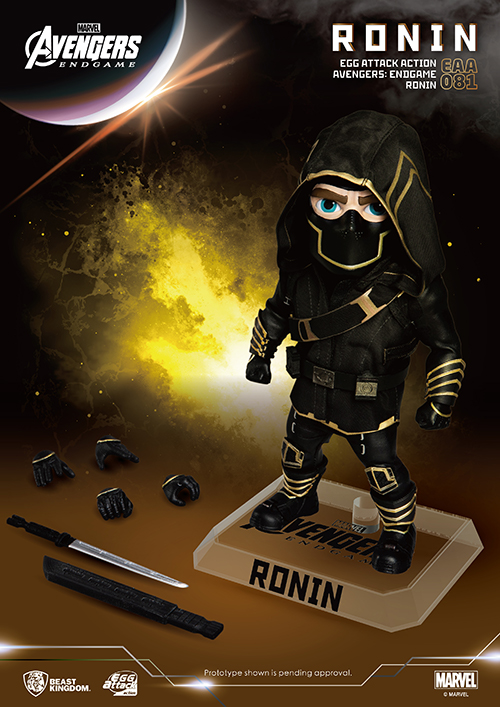 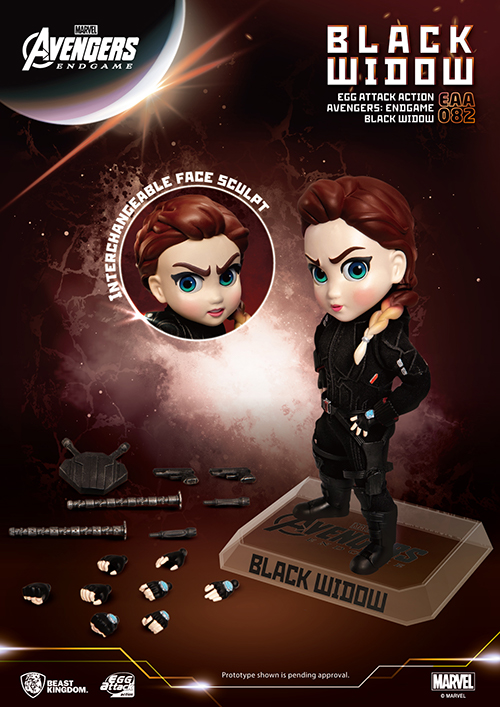