The Court of Owls Pits The Dark Knight Against the Hellspawn

After revealing the news at San Diego Comic-Con with five words that sent waves inside and out of the Convention Center -“McFarlane. Capullo. Batman. Spawn. December”-, DC is revealing more information on what fans can expect when two of the biggest characters in comic book history face off in Batman Spawn from Todd McFarlane and Greg Capullo. After staying out of each other’s way for almost 20 years, the Court of Owls steps in to try to use Spawn to beat Batman in the not to be missed comic available on December 13.

“Look, this is really simple. I get to play with one of the greatest comic characters ever (Batman), get to reunite with amazing artist Greg Capullo, AND am able to mix in my own creation (Spawn) into the storyline. These are the types of projects many of us creators in the comic industry only get to be a part of a few times in our careers,” said Writer Todd McFarlane.

“I was fortunate enough to be able to draw both Spawn and Batman each for over a decade,” said Artist Greg Capullo. “Now I get to use those decades of experience to bring fans the event they’ve waited nearly 20 years to see happen. Spawn and Batman together again. It’s gonna be fire.” 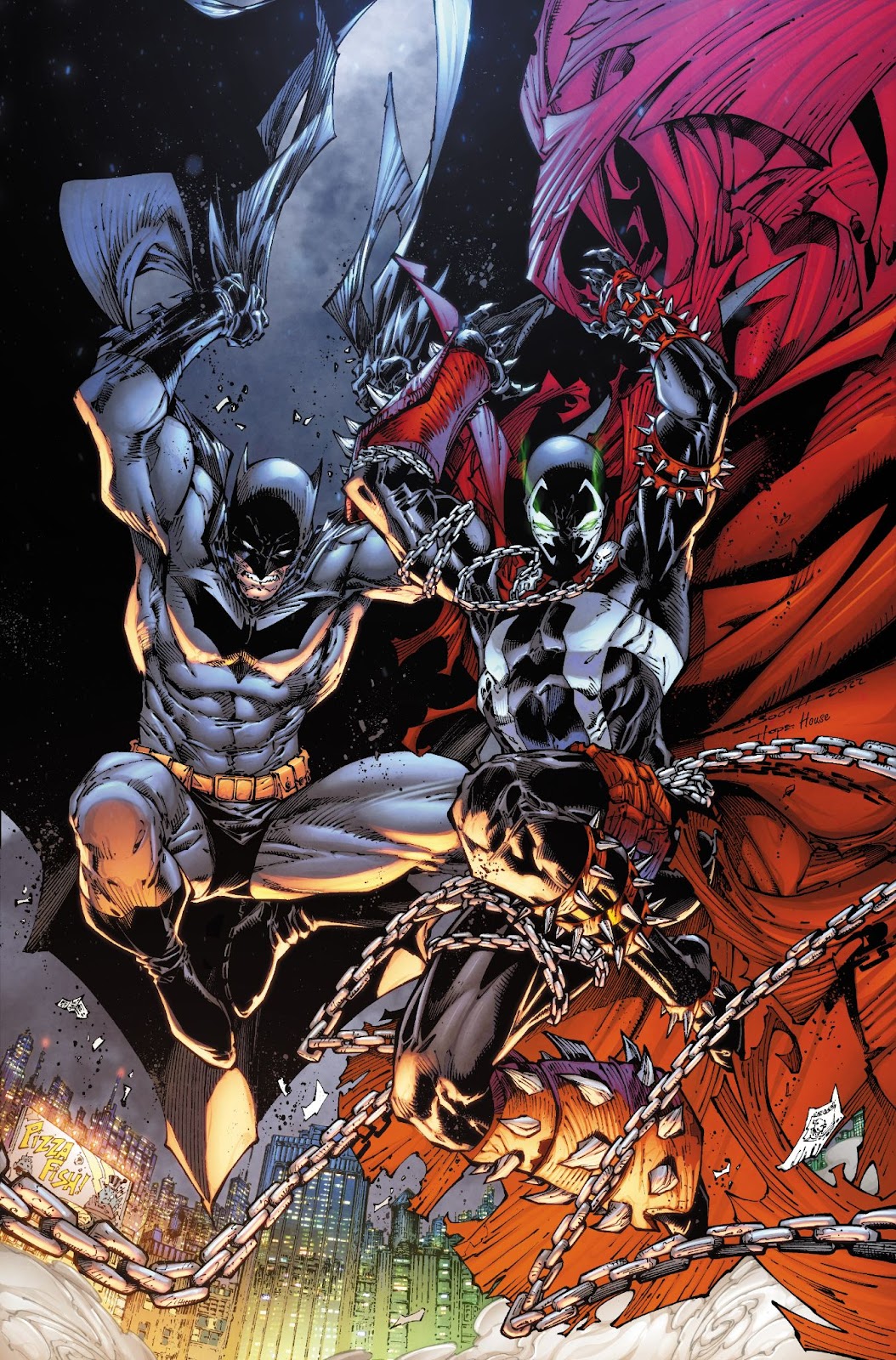 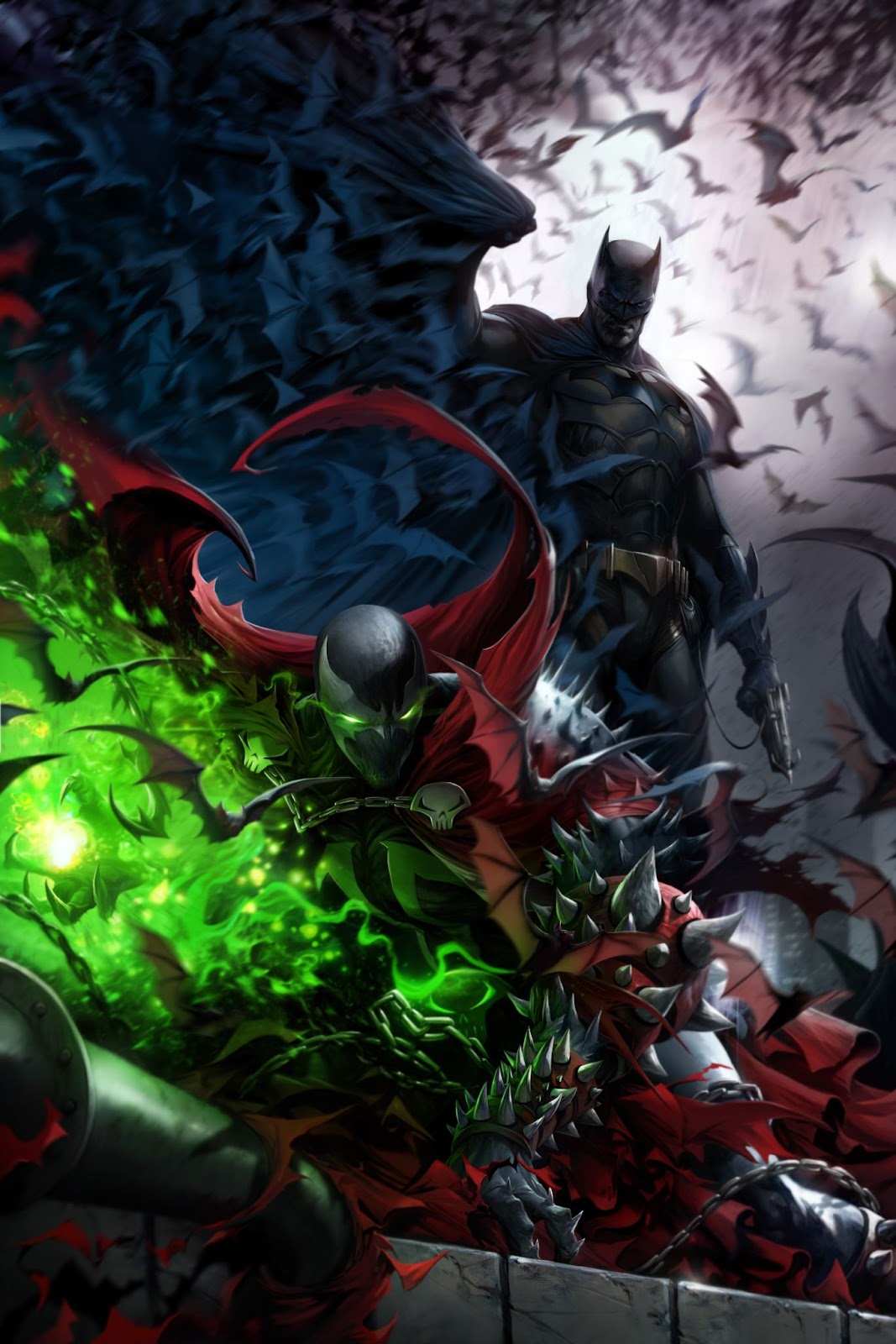 1:50 Variant by Brett Booth, Open to Order by Francesco Mattina

McFarlane added, “My goal with this book is two-fold; First to just make it as fun a read as possible both visually and story wise. Then second, I hope this book will continue to add to some of the many reasons any of us actually collect superhero comic books. That’s to release an “Event” book that folks will remember for years to come. This should be one heck of a nice holiday gift!”

Ahead of the release of Batman Spawn, DC is collecting the original two crossover stories, Spawn/Batman from Frank Miller and Todd McFarlane and Batman/Spawn: War Devil#1 by legendary Batman writers and artists Doug Moench, Chuck Dixon, Alan Grant, and Klaus Janson, in one complete collection, Batman/Spawn: The Classic Collection available on November 15.

“One of the great pleasures of collecting comics is being around when ‘event books’ are released,” added McFarlane. “Each time one of these events happened I was always glad I was collecting at that moment because I felt like I was part of something really cool happening in our comic industry. So now, to be able to gather DC Comics and Image Comics together to release a new reprint of those two wonderful books from yesteryear; SPAWN/BATMAN and the BATMAN/SPAWN: WAR DEVIL crossovers to a new generation of collectors who missed out on all the excitement of when they first came out. This, to me, is why I got into drawing comic books in the first place…to have as much fun and joy as I could. These books do that!”

In progress artwork. Not final.

Two dark heroes, cursed by tragedy, find their paths crossing again…but not by choice! What sinister foe is at work, pitting the Dark Knight against the Hellspawn? From the shadows of Gotham City to New York City, this epic event is the blockbuster you’ve been waiting almost two decades for!

An ancient evil has arisen in Gotham City. The last time it appeared, an entire colony was wiped clean from the face of the Earth, leaving only one clue: Croatoan. Whoever or whatever Croatoan is, it’ll take all of the Batman’s investigative skills and the supernatural abilities of an ex-soldier turned Hellspawn to save Gotham’s citizens from the hell that is about to be unleashed on our world. For the first time in three decades, this edition of the classic meeting between comics’ caped avengers of the night reprints Batman/Spawn: War Devil #1 by legendary Batman writers and artists Doug Moench, Chuck Dixon, Alan Grant, and Klaus Janson…plus the Spawn/Batman one-shot by Batman: The Dark Knight Returns writer Frank Miller and Spawn creator Todd McFarlane, which brings Batman to Spawn’s home turf of New York City! Two heroes with different methods in two very different tales. Capes will clash.