Batman and Joker Battle It Out as PREVIEWS Exclusive Batman: The Animated Series Figures

(BALTIMORE, MD) — (August 13, 2019) — No hero is complete without their villainous counterpart, and nowhere is that more evident than in the endless battle of good versus evil taken up between Batman and the Joker. The Dark Knight returns to uphold the forces of good, this time as a faithful reproduction of one of the world’s most celebrated cartoons, Batman: The Animated Series. The timeless show was a serialized take on the caped crusader that layered a classic film-noir style on top of the world of Batman and pitted him against one of his most famous adversaries: the Joker! Diamond Comic Distributors and Beast Kingdom present the PREVIEWS Exclusive Batman the Animated Series Batman and Joker Egg Attack Action figures!

Based on the 1992 animated series version of Batman voiced by Kevin Conroy, this PREVIEWS Exclusive Egg Attack Action figure marks the first of Beast Kingdom’s new range of six inch, highly posable action figures based on the world of DC superheroes.

Batman includes a variety of faithfully recreated accessories and materials that perfectly capture the film-noir aesthetics seen in the show. Everything from the real cloth tights, fabric cape, replacement eye masks and mouth shapes, to the light up eyes go a long way to making this figure a definitive Batman the Animated Series collectible. Accessories include multiple interchangeable hands, grapnel gun, a variety of batarangs, and unique display stand.

Following the release of the EAA-Batman, Beast Kingdom is proud to introduce the PREVIEWS Exclusive Egg Attack Action figure Joker from Batman the Animated Series! Befitting of any crazed villain, the Joker is seen with his classic purple suit, orange vest, bow tie and 3 replaceable facial expressions fit for any occasion. Collectors can now reenact any of his signature ultra-creepy expressions as well as having the ability to pose him with a high degree of articulation. The figure packs a series of accessories including: four pairs of hands, a clown grenade to fight off his enemies, a Batman Doll for those lonely clown nights, a mutated clown fish, clown dentures and the infamous pistol that shoots out a bang to scare any foe! 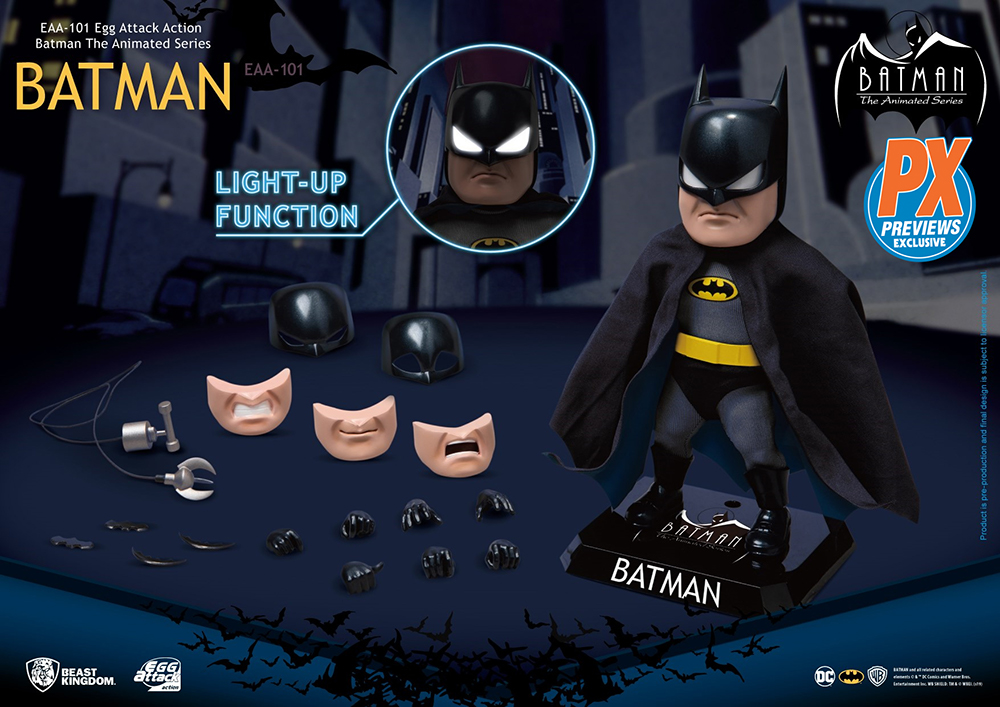 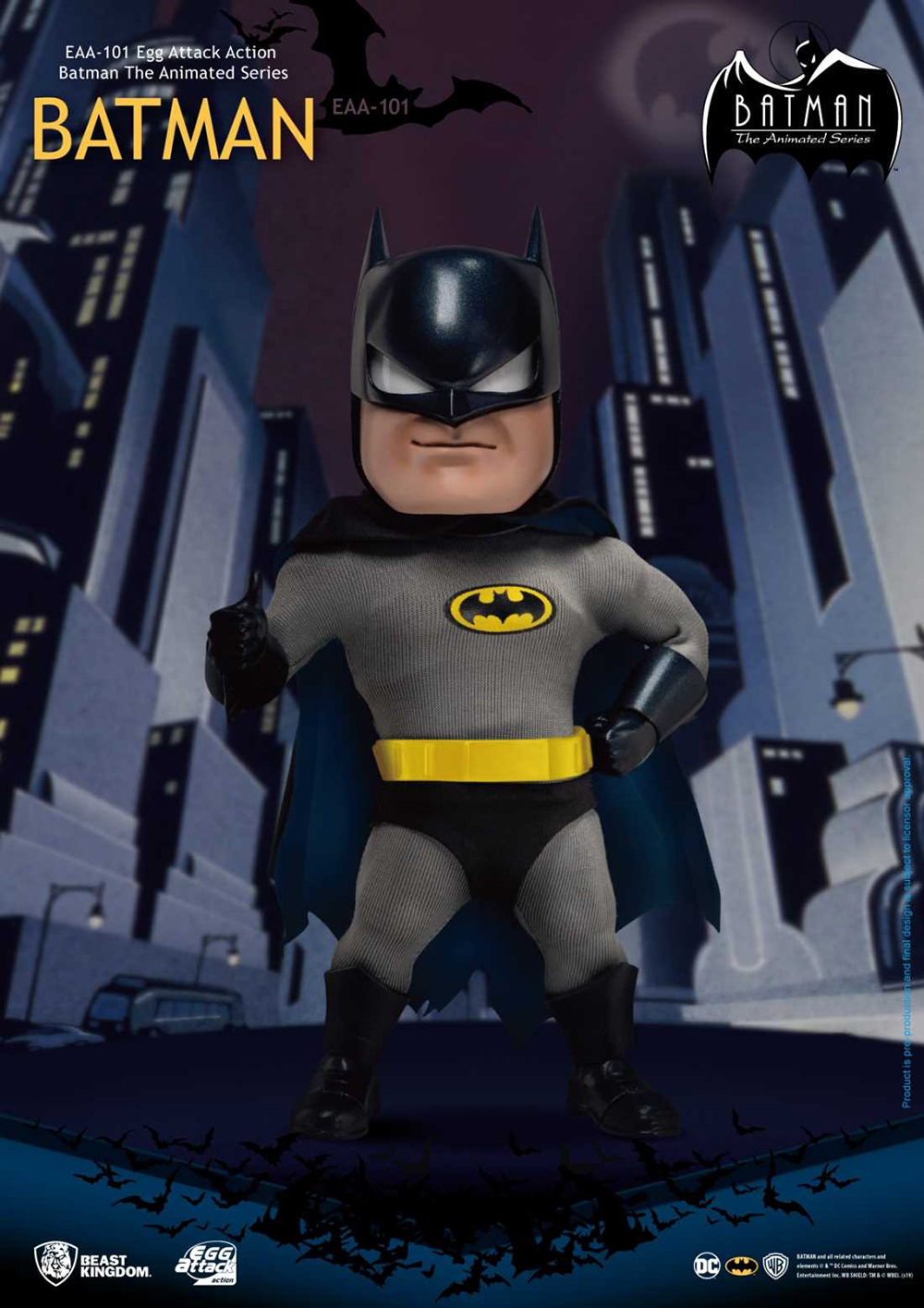 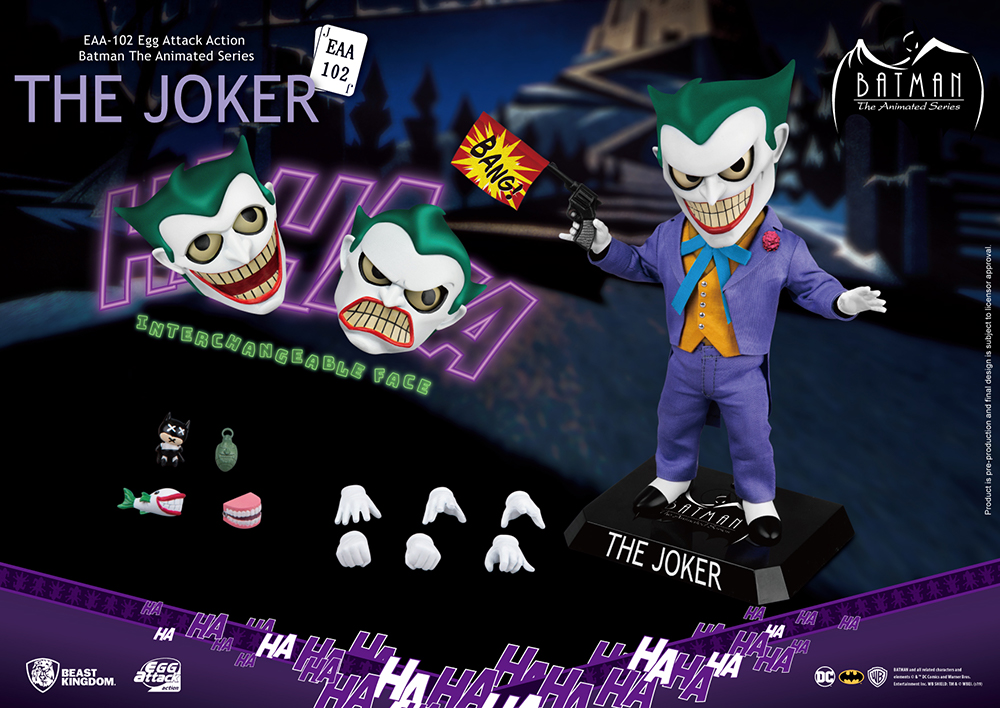 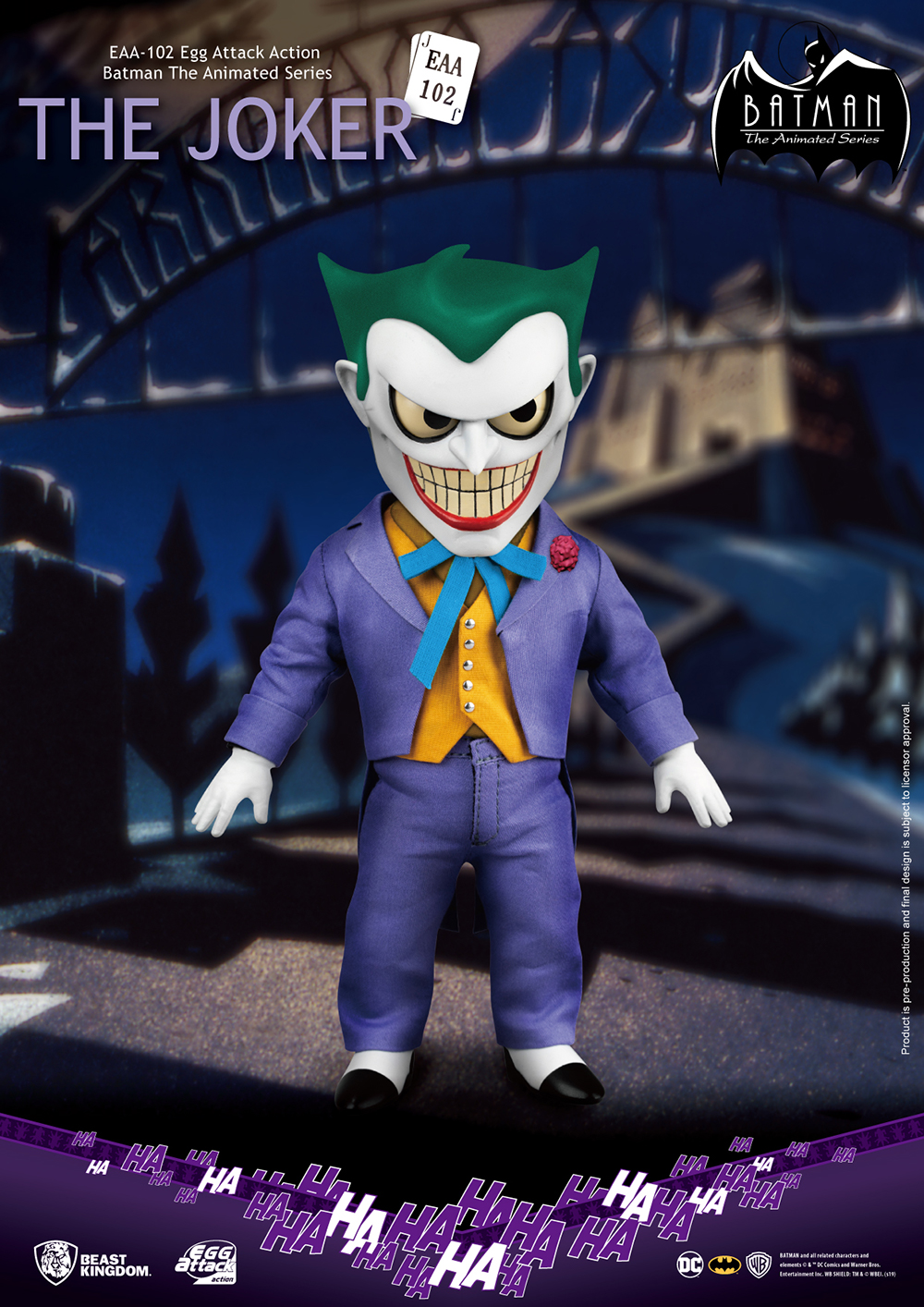 Wayne’s Worlds: What If We Had More ‘What If’ Books?

Wayne’s Worlds: Bring Back the Monsters!