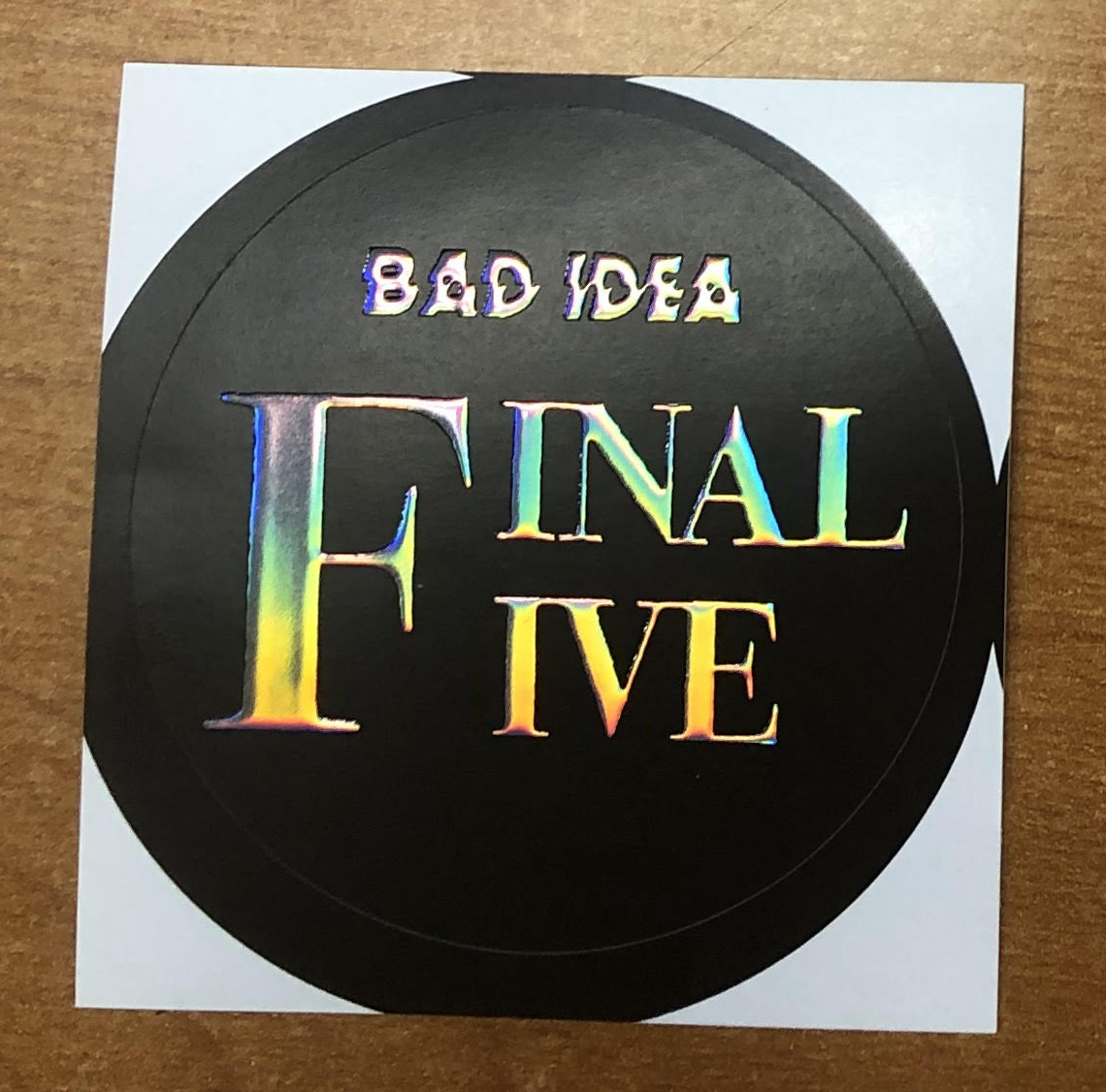 In the wake of yesterday’s shocking news, the BAD IDEA faithful have been asking themselves many significant questions. But only one truly matters:

Are you ALL IN on BAD IDEA?

Because BAD IDEA (as you know it) is going out with a bang!

The next and final wave of BAD IDEA books — a line-up we call the FINAL FIVE — consists of five mind-melting, long box-busting titles of pure comic book brilliance by, what is without a doubt, the greatest collection of writers and artists ever convened. An assemblage of comics so guaranteed to excite and dazzle that we’re going to offer them for a very special blind pre-order!

No details about the FINAL FIVE stories, titles or the creators will be revealed until Thursday, June 17th. However, one day prior to the unveiling we will be holding BAD IDEA’S FINAL FIVE PRE-ORDER DAY event — a chance to pre-order all five of the final BAD IDEA books and guarantee nothing BAD IDEA-y prevents you from completing your FINAL FIVE collection.

1 – The FINAL FIVE is made up of five titles (15 issues) on-sale between August and December.
2 – Connect with any BAD IDEA Destination Store ONLY on Wednesday, June 16th (in-person or by any other means accepted by the store).
3 – Pre-order all five of the FINAL FIVE titles with your store. You are pre-ordering blind. No titles. No story details. No creative teams. Only the cover price and number of issues will be released by June 16th. Consult your store for their pre-order requirements.
4 – If you’re one of the first 10 people to pre-order all five titles at your store, you will be awarded a swanky FINAL FIVE redemption sticker.
5 – The sticker can be used to redeem, from BAD IDEA, one copy of the first book in the FINAL FIVE line-up. Why would you need to redeem another copy of a book you’ve just pre-ordered? Trust us, with what we’ve got planned, you’re gonna want the help.

Miss the BAD IDEA PRE-ORDER DAY and you’ll miss the FINAL FIVE redemption sticker, along with the second chance it grants. But, rest easy, you’ll still be able to pre-order any or all of the FINAL FIVE line-up until each books’ order deadline.

After that, it’s all over. We’ll have done everything we set out to do.

If we’re ever needed again.