The annual WWE Backlash pay-per-view was supposed to be a bigger deal than ever before this year. It didn’t have fans at it – an odd move considering the fact that fans returned at WrestleMania and AEW has fans every week – but it did have the word “WrestleMania” tagged on as a prefix to its name. WWE hoped that by calling the event “,” they’d give people the impression it was a big deal. Perhaps it could have been if things had gone better for the company on the night. Because of the mess they made of the Miz vs Damien Priest match, we’ll never know.

If we put that match aside for a moment, this was a strong pay-per-view. Almost every other contest on the card was well executed. There was a little wobble in the shape of a botched ending to Bianca Belair’s SmackDown Women’s Championship defense against Bayley, but nothing that couldn’t be overlooked. Ideally, what fans would have been talking about after watching “WrestleMania Backlash” was either the high quality of the Roman Reigns vs Cesaro match for the WWE Universal Championship or the brutality of the triple threat match that saw Bobby Lashley defending his WWE Championship against Drew McIntyre and Braun Strowman. Instead, everyone was talking about zombies, and media outlets as big as the New York Post called the event “one of WWE’s saddest ever moments.”

If you haven’t watched the pay-per-view yet or haven’t particularly been keeping up with WWE, you’re probably wondering why we’re talking about zombies. Allow us to bring you up to date. Even though the feud between Damien Priest and the partnership of Miz and John Morrison came to a logical end at WrestleMania, where Priest teamed with rapper Bad Bunny to pick up the win, WWE has kept the issue going for want of better ideas. Priest convincingly defeated Morrison on RAW and was always obviously going to beat Miz at the pay-per-view, so fan interest in the bout was minimal, but WWE thought they could spice things up by giving us a lumberjack match. That might have worked, depending on the execution. On the night itself, though, we found out that these were no ordinary lumberjacks.

With the benefit of hindsight, we should have known something was wrong when Priest said he didn’t care whether the lumberjacks were “aliens or zombies” when he requested the match from Adam Pearce on RAW. Ten minutes before the match was due to start, we were treated to the sight of a horde of zombies (all of whom were played by WWE developmental talents) marching through the corridors backstage. The announcers then started talking about former WWE star Dave Bautista’s new movie “Army of the Dead,” and it quickly became horribly apparent that we were about to see some very forced product placement. Desperately trying to give the impression that they were taking the impending zombie invasion seriously, the RAW announce team told us that they’d been moved to “a safe location” so they could commentate on the match, presumably without fear of being eaten alive. The video walls of the “Thunder Dome” changed to a post-apocalyptic background. The undead surrounded the ring. Miz and Priest then made their usual entrances and tried to have a wrestling match.

It might have been just about possible to get away with this had it been presented as a joke, but everyone involved in the match tried to persuade us the matter was serious. Miz and Priest even had to briefly team up to fight the zombies. The commentators told us how afraid of the monsters they were. John Morrison, who at this point must be cursing his decision to return to the company, attempted to interfere in the match on Miz’s behalf only to be dragged down behind the barriers and, one presumes, bitten. After Priest won the match, the zombies crawled into the ring to swamp Miz and apparently feast on his carcass. When it was over, the lights came back up, and we were expected to focus on the upcoming women’s title match like nothing had happened.

You won’t hear us trying to claim that zombies aren’t cool. The Bautista film wouldn’t exist if zombies weren’t cool. We wouldn’t just have paid full price for “Resident Evil 8” if we didn’t love zombies. Even online slots websites know that zombies make money, which is why “Zombie Hoard” has been such a big hit at Rose Slots New Zealand. To bring that comparison full circle, there’s even an online slots game based on “Resident Evil” available at a few slots sites. There’s a time and a place for them, though. You don’t tend to have your immersion broken by seeing a few zombies when you’re playing online slots. When it happens in a wrestling ring – an environment where you’re still supposed to be able to suspend your disbelief and watch the matches as legitimate sporting contests – it shatters the illusion completely. We can’t take the rest of the show seriously if it tries to tell us that zombies are real. Nor can WWE try to present the rest of the show as being legitimate if it’s just featured a match full of zombies. It was exactly the kind of thing that makes people embarrassed to admit that they’re a wrestling fan.

A few weeks ago, we heard that various WWE higher-ups thought that AEW’s recent “blood and guts” cage match had set the business back three decades. Those words ring hollow now. From the “Mimosa Mayhem” match to Matt Hardy’s multiple personas and the comical “Stadium Stampede” bout from last year, there are many things that people can criticize AEW for if they wish to do so. AEW is occasionally guilty of being too “silly” and rightly gets called out when it happens. However, nobody involved in WWE can now criticize AEW for anything when it comes to either exposing the business or “setting it back.” This zombie escapade will always be the first thing that gets thrown back in their direction, and rightly so. We’re sure that Vince McMahon got a big stack of cash from the movie production team for sanctioning and placing this advert in the middle of his show. We hope it was enough to cover the cost of losing whatever was left of his credibility. 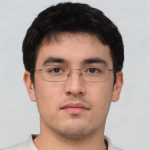 James Hwang is the editor at Gambling Giant, a website fully dedicated to the gambling industry. He spent 5 years in South Korea studying arts and then switched to a digital nomad lifestyle to travel the world. He adores pizza and Netflix, especially when those two things combined on a Friday night.