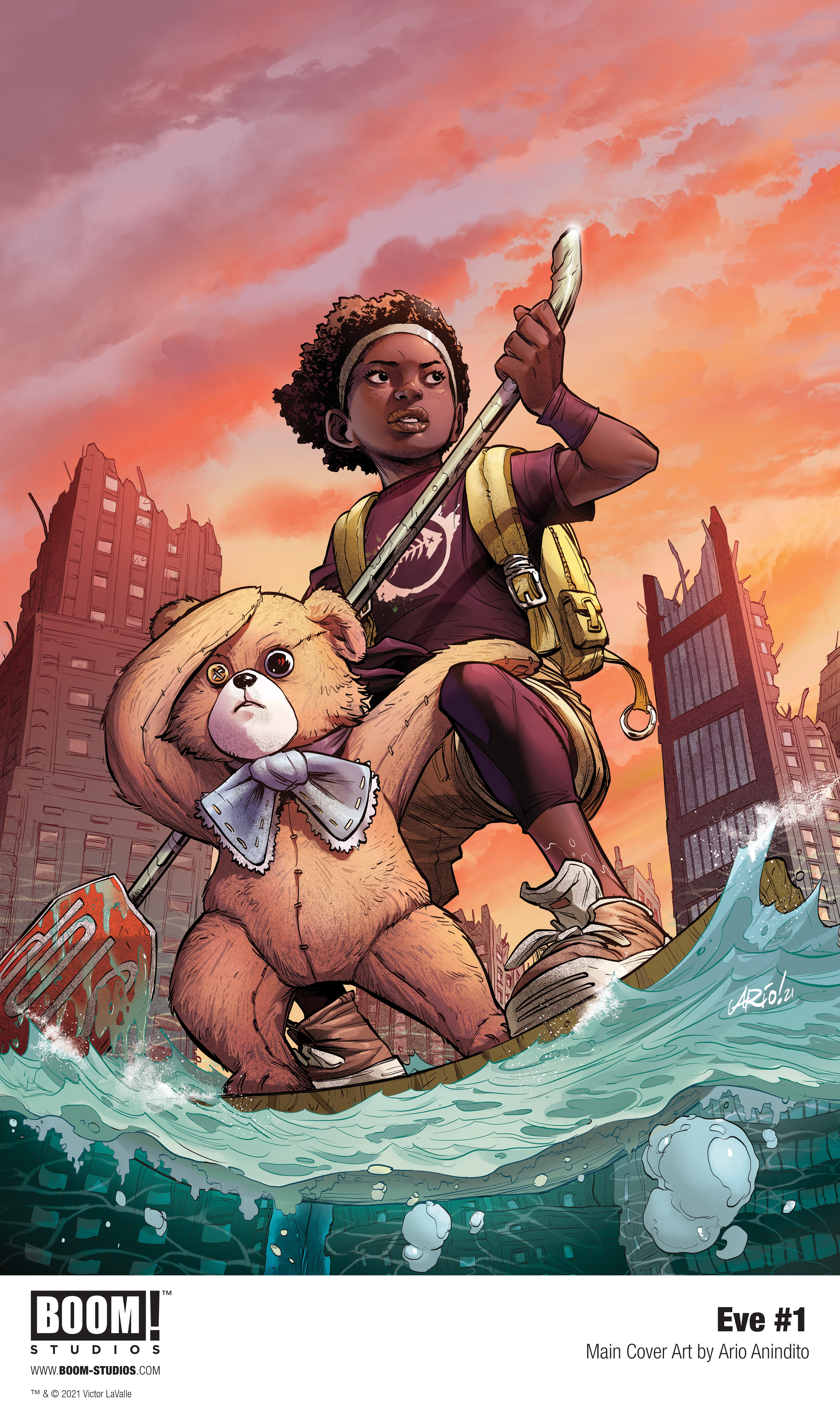 When the ice caps melted, most of humanity was lost to the hidden disease that was released. Now, a mysterious girl named Eve has awoken in secret and must deal with a world that’s nothing like the virtual reality she was raised in. In order to save her father, Eve must embark on a deadly quest across the country, but she has no idea of the threats that await her – or the price she will pay to restore life to a dying planet…

Victor LaValle is the author of seven works of fiction including The Ballad of Black Tom, which was a finalist for a Nebula Award, a Hugo Award, a Bram Stoker Award, and the Theodore Sturgeon Award. His latest novel, The Changeling, was released in June 2017. His other books have won the American Book Award, the Shirley Jackson Award, a Guggenheim Fellowship, and the Key to Southeast Queens. LaValle is also the writer of the acclaimed comic book series Victor LaValle’s Destroyer with BOOM! Studios. He teaches at Columbia University and lives in New York City with his wife and kids.

“What kind of planet are we leaving to our kids? This is the question that spawned my comic book. It’s an old one, of course. Many generations have wrestled with it, but the question has never been as immediate,” said LaValle. “But I didn’t want to write some grim story about how this joint went to hell. Instead, I wanted to write a story about how we let the planet fall apart and left it to the younger generations to fix it. So this is a story, inspired by young folks like Mari Copeny, Elsa Mengistu, Greta Thunberg and so many more, of how an eleven-year-old girl, EVE, and her android teddy bear try to do the seemingly impossible: save the planet, save us.”

Jo Mi-Gyeong is a comic artist and illustrator based out of Seoul, Korea, best known for her work on Jim Henson’s The Dark Crystal: Age of Resistance for BOOM! Studios and the original comic book series Beastlands.

“A new kind of apocalyptic landscape awaits our hero EVE and her strange teddy bear in this brand new world full of the weird and the unthinkable,” said Mi-Gyeong. “I had a lot of fun illustrating this fascinating world that Victor built, and I can’t wait to show you all a future beyond your wildest imagination!”

“Victor is a visionary writer who brings a sense of realism and heart to the sci-fi and horror stories he crafts,” said Eric Harburn, Senior Editor, BOOM! Studios. “He and Jo have created a beautiful, haunting world for EVE that is no less prophetic for being fictional, in a series that addresses one of the most pressing concerns of humanity today.”

Print copies of EVE #1 will be available for sale in May 2021 exclusively at local comic book shops (use comicshoplocator.com to find the nearest one) or at the BOOM! Studios webstore. Digital copies can be purchased from content providers, including comiXology, iBooks, Google Play, and Madefire. 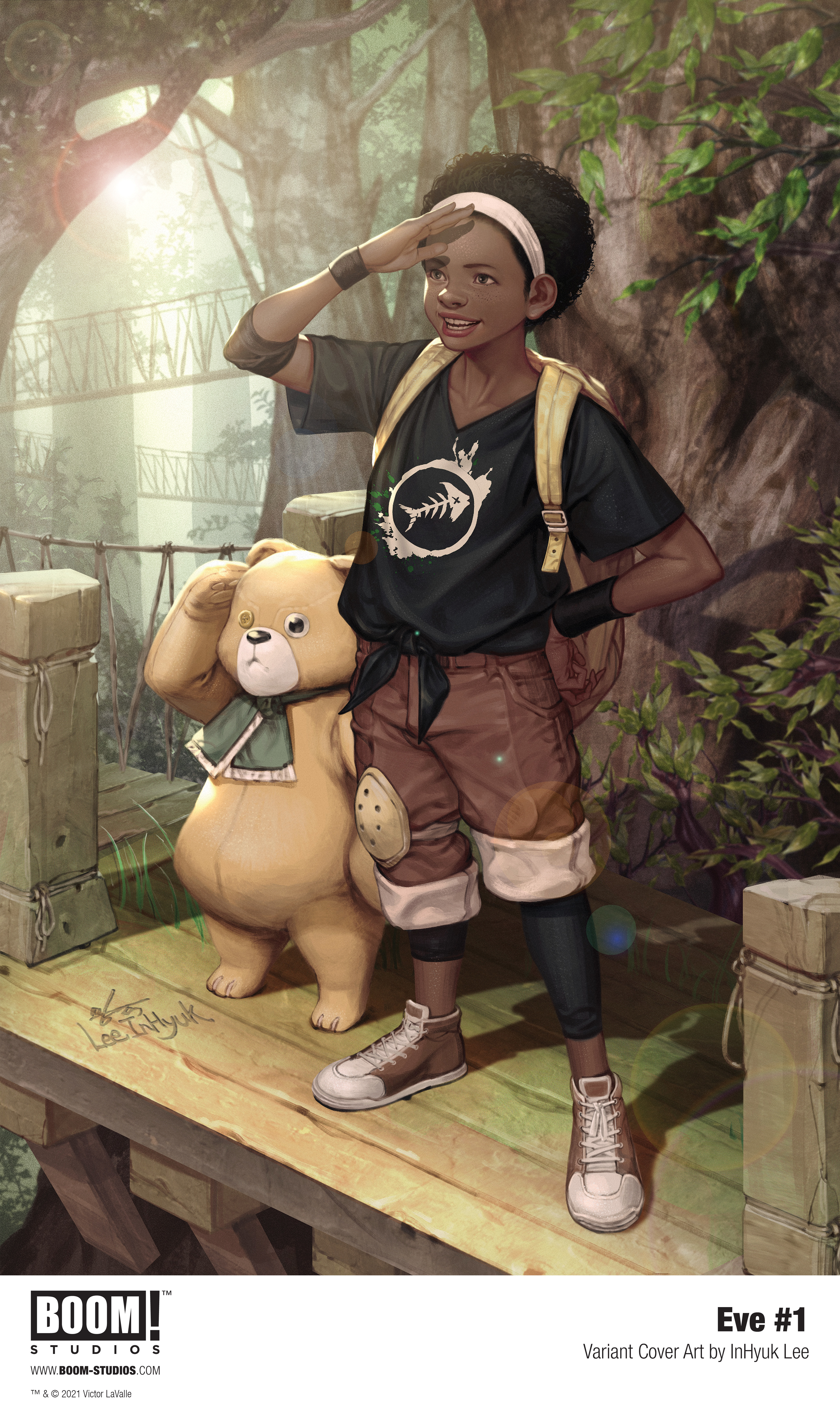 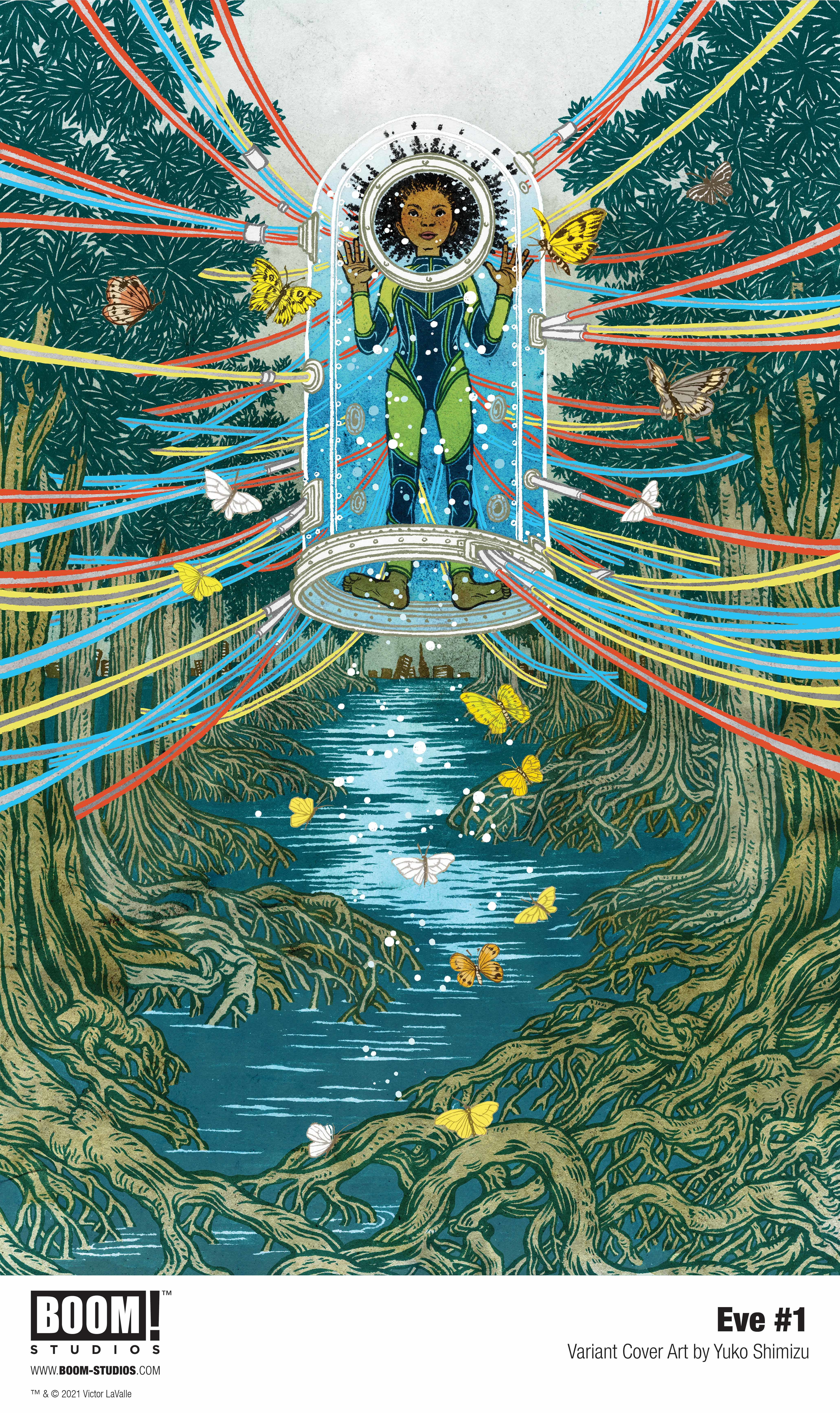