Astronema VS the Omega Rangers in POWER RANGERS #5 from BOOM! Studios 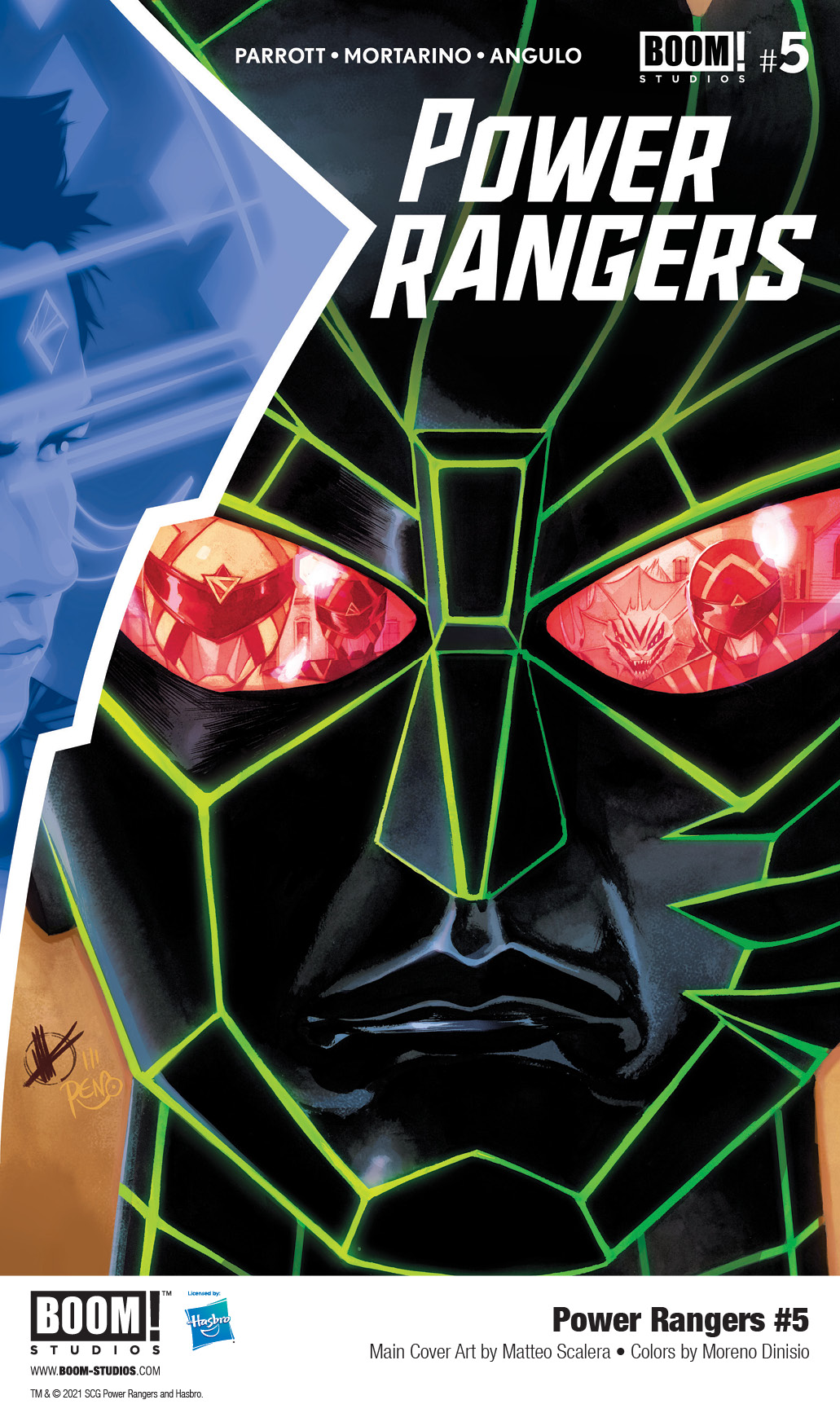 The Omega Rangers are attacked by the young assassin known as Astronema, one of the most popular characters in franchise history from Power Rangers: In Space! Meanwhile, Lord Drakkon and Trini face off against one of the greatest Power Rangers villains ever – with a shocking conclusion!

Currently, Power Rangers is celebrating 28 continuous years on the air, making it one of the longest running kids’ live-action series in television history with nearly 900 episodes aired to date. Created by Haim Saban and launched in 1993 with Mighty Morphin Power Rangers, the franchise celebrates its 28th season, “Power Rangers Dino Fury”, currently airing Saturdays at 8 a.m. (ET/PT) on Nickelodeon in the U.S.

POWER RANGERS is the newest release from BOOM! Studios’ eponymous imprint, home to critically acclaimed original series, including BRZRKR by Keanu Reeves, Matt Kindt, and Ron Garney; We Only Find Them When They’re Dead by Al Ewing and Simone Di Meo; Seven Secrets by Tom Taylor and Daniele Di Nicuolo; Something is Killing the Children by James Tynion IV and Werther Dell’Edera; Once & Future by Kieron Gillen and Dan Mora; Faithless by Brian Azzarello and Maria Llovet; and the upcoming Proctor Valley Road by Grant Morrison, Alex Child, and Naomi Franquiz. The imprint also publishes popular licensed properties including Dune: House Atreides by Brian Herbert, Kevin J. Anderson, and Dev Pramanik; The Expanse from Corinna Bechko and Alejandro Aragonand; and the upcoming Magic series from Jed MacKay and Ig Guara.

Print copies of POWER RANGERS #5 will be available on March 24, 2021 exclusively at local comic book shops  (use comicshoplocator.com to find the one nearest you), or at the BOOM! Studios webstore. Digital copies can be purchased from content providers like comiXology, iBooks, Google Play, and Madefire. 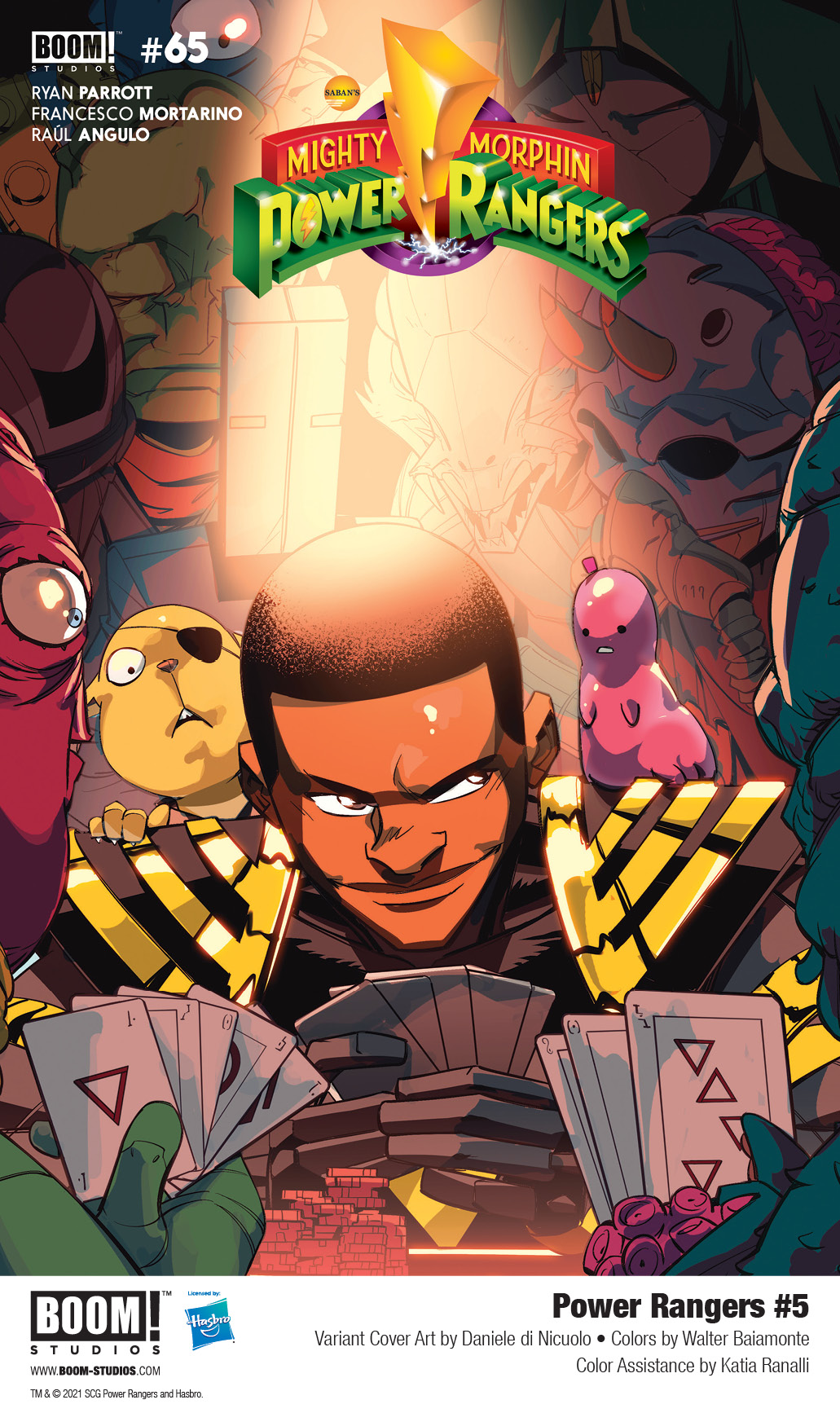 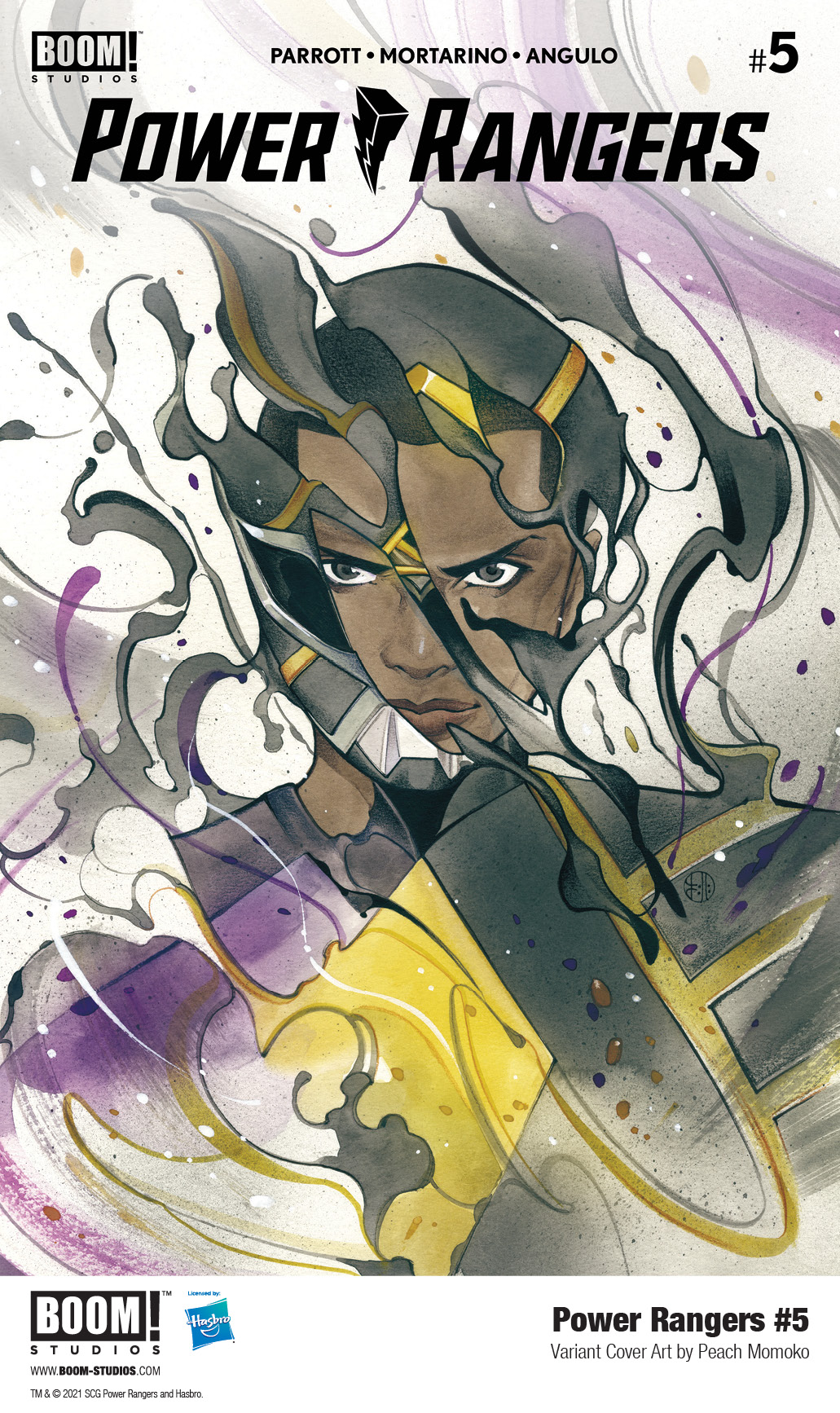 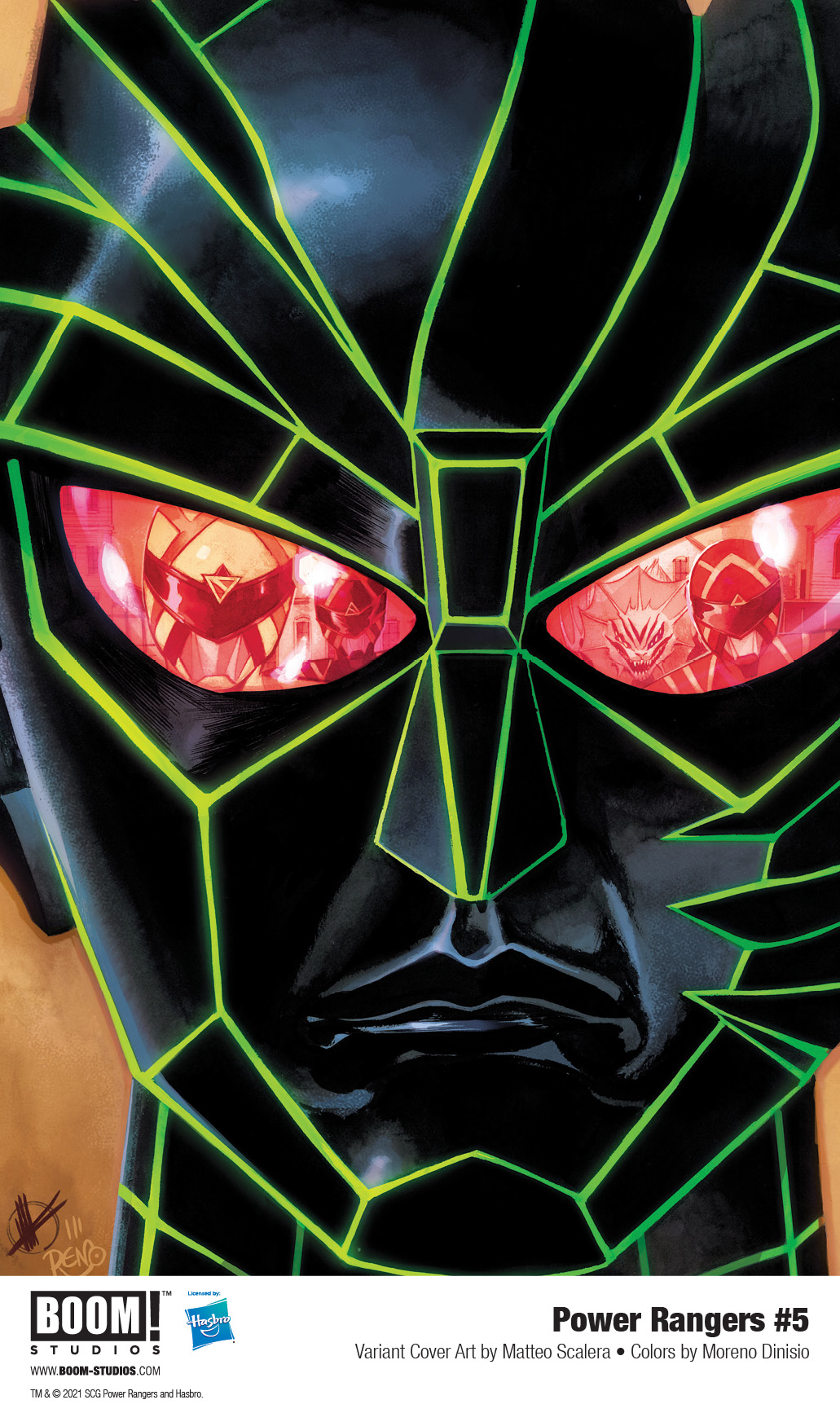 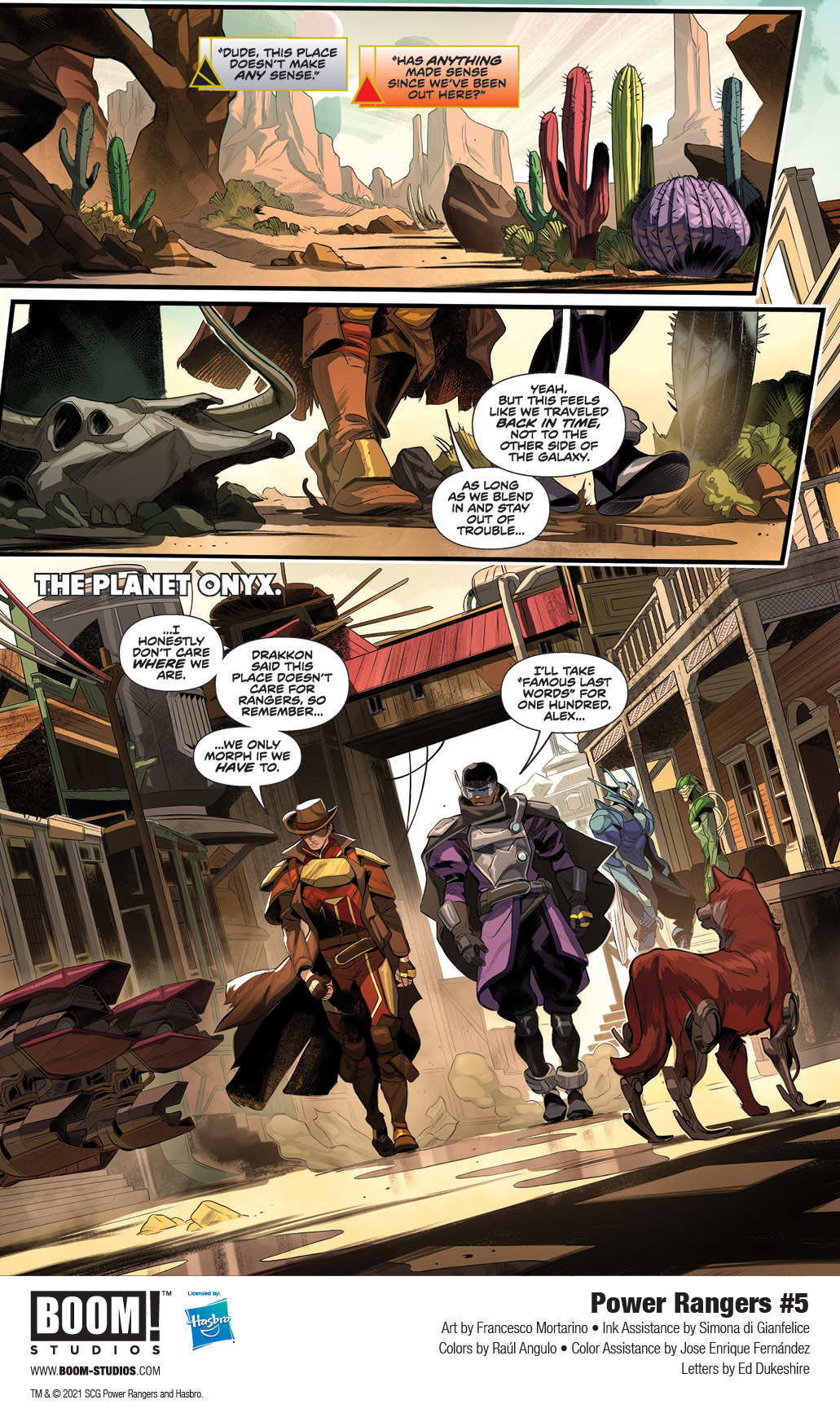 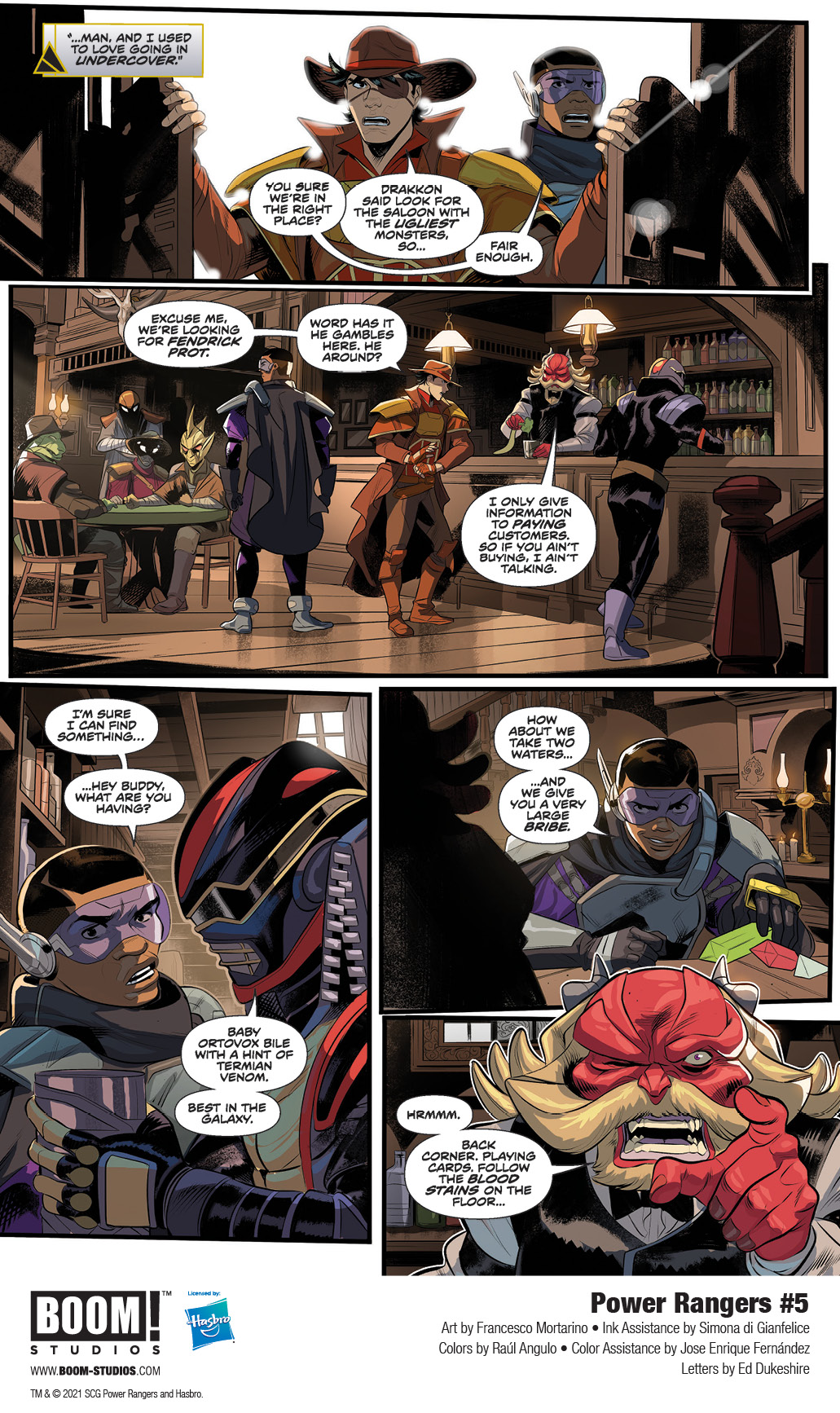 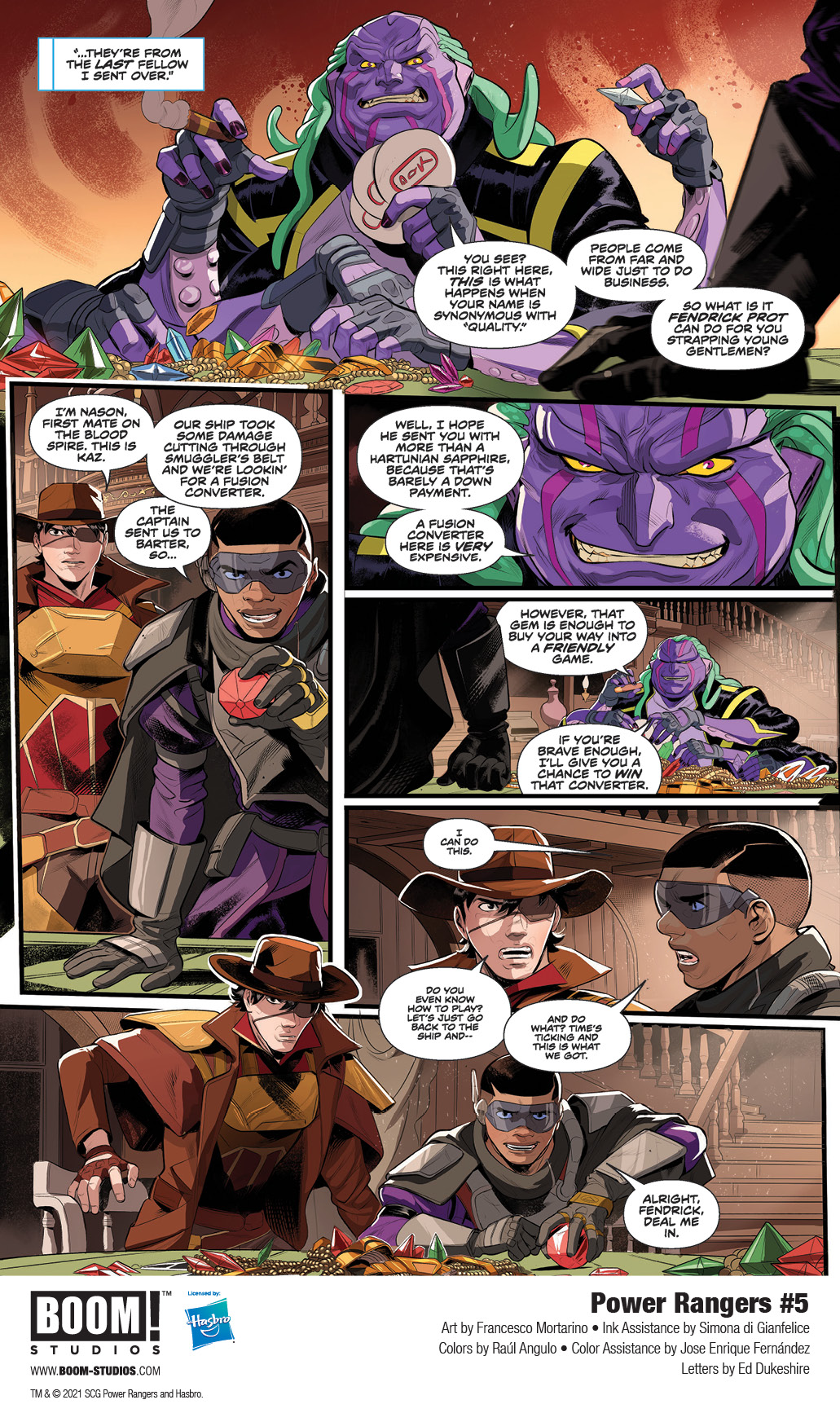 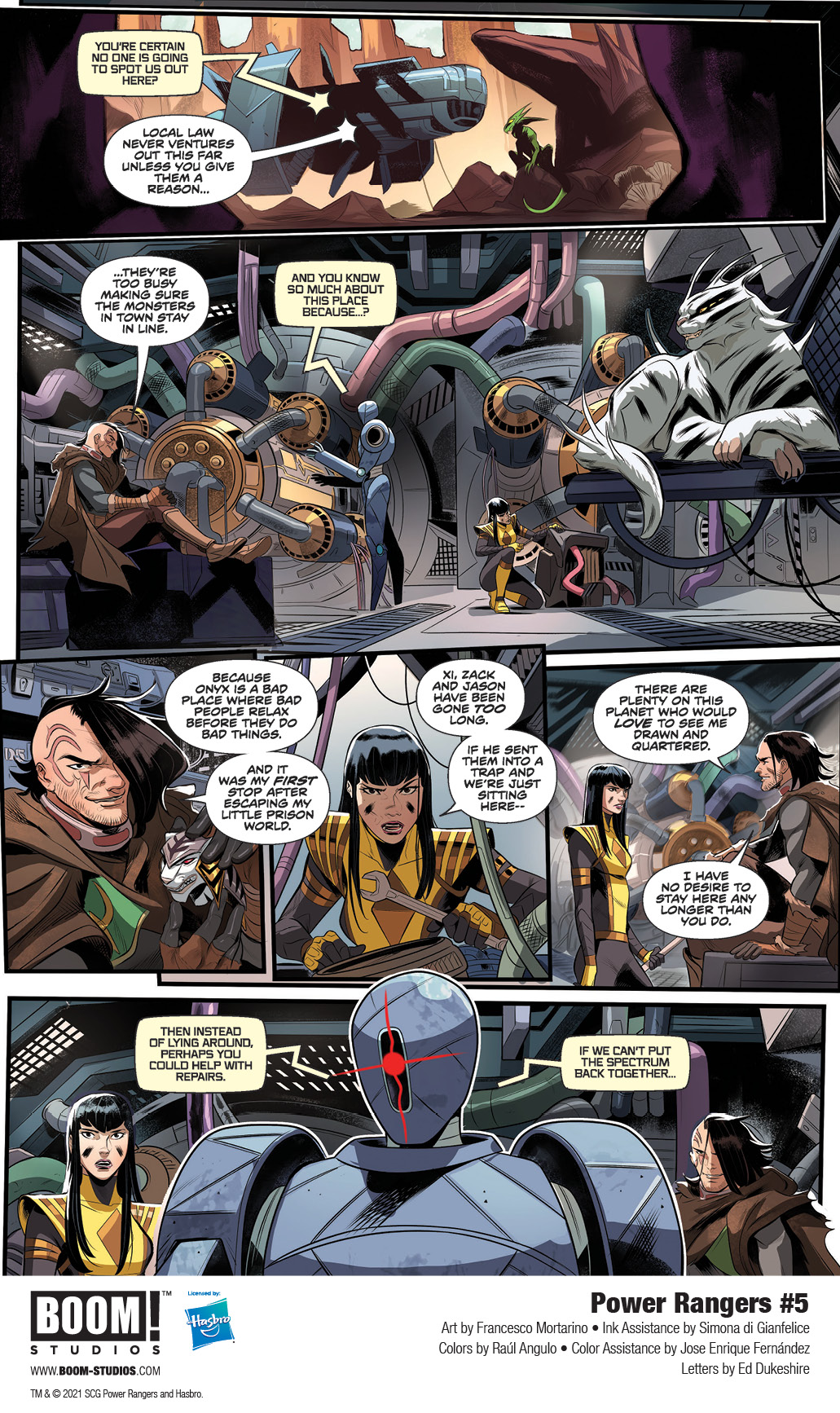 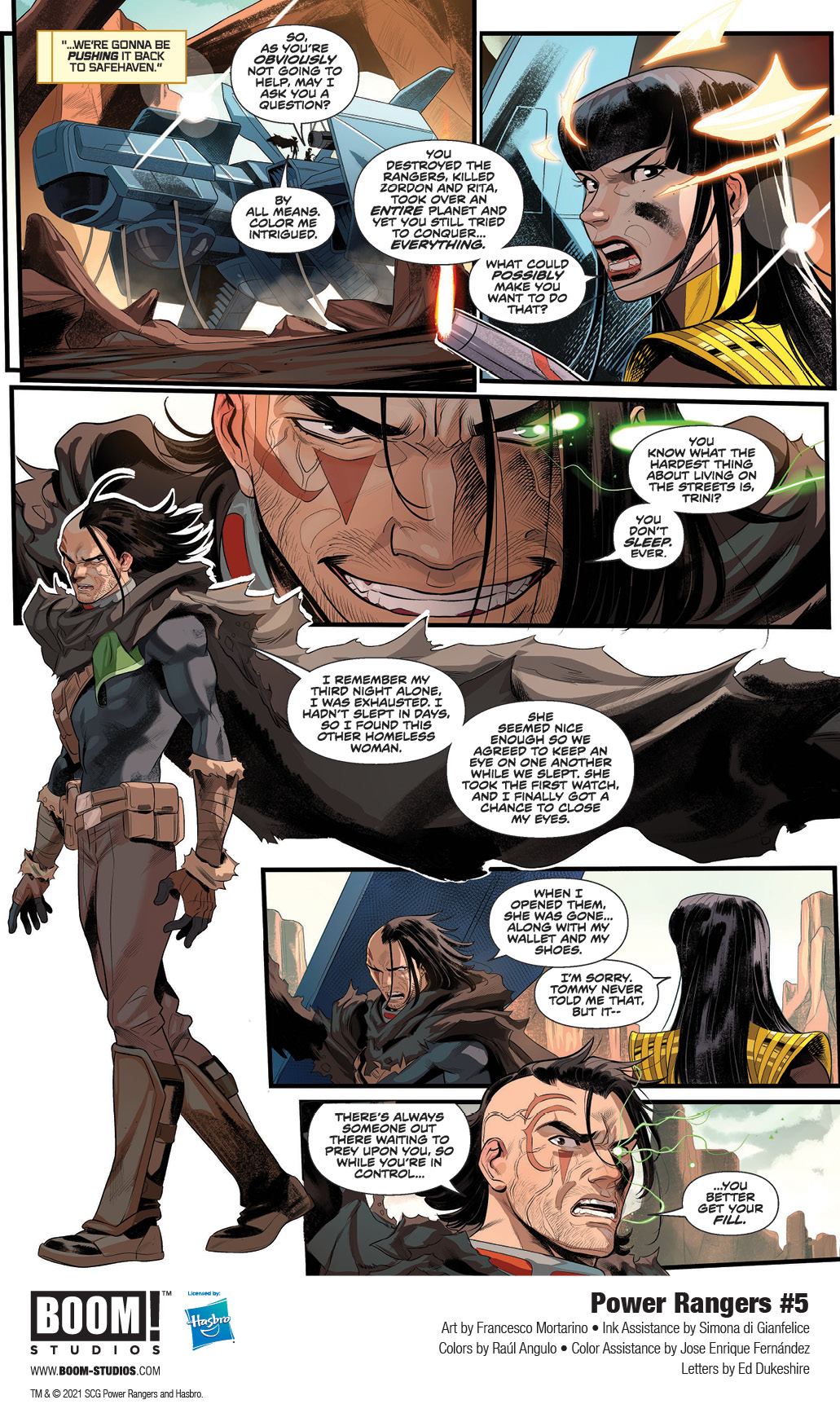